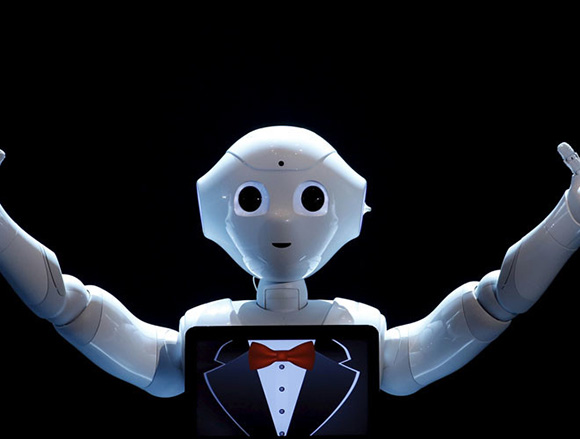 Japan has long been associated with cutting-edge technology, including robot development. When United States President Barack Obama visited Japan in 2014, he met Honda’s ASIMO humanoid bot, and even played a little soccer with it. Robots have been central to the image of a high-tech Japan, whether they are giant mechas or androids such as Astro Boy.

Despite the prevalence of robots in Japanese pop culture, very few robots have actually been sold commercially. Save for the adorable robo-dog AIBO, it has only been recently that more robots have been available for the average consumer. Yet over the past year, a lot of new robots have gone on sale to the public, and the bulk of them even know how to talk with people. If that sounds slightly unsettling, check the following robots out – the future is now, and it is surprisingly cute.

Meet the nation’s most recognizable robot of the moment. Pepper was created by telecommunications company SoftBank and French outfit Aldebaran robotics, and has been presented as an “emotional robot.” Whereas the popular image of robots throughout history has been of devices capable of doing human jobs for us, Pepper can’t really do small tasks. Rather, Pepper aims to enhance our lives emotionally, able to pick up on how humans around it are feeling and adjust accordingly. Although many companies have started using the white robot as a helper in stores – SoftBank, primarily, but also certain banks in Tokyo – the end game for Pepper appears to make the bot part of your family. SoftBank started selling limited numbers of Pepper to the public this summer, and each time a new batch has gone up for sale they sell out in a minute. The cutest entry on this list doubles as the most helpful. PARO is a robot made to look like an adorable seal cub, and responds to physical interaction from human users. Unlike the other bots on this list, PARO isn’t capable of speaking back to people, as the only noises it makes are seal coos. Yet it does react to touch, positively to being petted and negatively to being hit (why would anyone hit something so cuddly??!). It’s more than just a toy, however, as PARO was designed as a therapeutic bot, offering similar effects to what real animal therapy gives. Sort of like a pint-sized Pepper. Developed by DMM (who have been going all in on robotics recently, and who round out this list), Palmi is a little bot capable of recognizing human speech and responding on its own. DMM hypes up several uses for the machine, ranging from use at events to helping the elderly, but they also highlight how it can be a useful part of one’s household. Palmi can remember different voices, and thanks to wi-fi capability, can keep up to date on the latest weather and news for more interesting conversations. And he’s just so little! Another DMM creation, Robi can also talk with humans. Yet, whereas the above bots emphasize communication, Robi is a bit more practical. The small machine can act as a TV remote control, or as a timer in the kitchen. Robi even comes with special “cleaning shoes” – put them on the robot’s feet, and Robi will clean the floor while walking around. On top of all that, Robi’s extra mobility allows the cute bot to dance for users when they need an emotional pick-me up. This one’s set to come out at the end of October, and isn’t quite like the bots higher up on this list – but it’s tough not to include Premaid AI on a list of interesting Japanese robots. This one is, basically, a robotic idol performer. It even comes with a backstory, like a real-life idol outfit. As mentioned, it doesn’t hit shelves until October 29, so the extent of its abilities aren’t known yet. Still, watch out AKB48 – this bot is coming for your idol fame.

Next » Tokyo’s Robot Restaurant to Open Ticket Centre This March