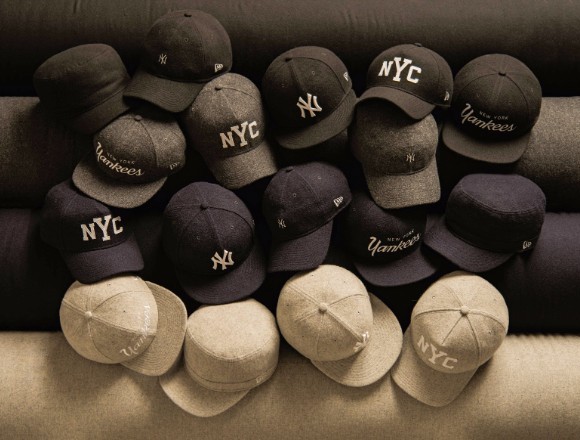 New Era was established in 1920. The company is internationally renowned for its iconic headwear and apparel, and is the only official cap producer for major league baseball.

The melon used in the caps is thick cloth that is smooth to the touch, the same used to make winter coats such as pea and duffel coats. The fabric is like felt and has heat insulation to ensure the inside stays warm. Because of this, the same fabric is used in stadium jackets and military wear.

The hats comes in black, navy, charcoal and grey. Each cap has a white logo, and the warm fabric has a sporty feel to it.