Apply to become a Kawaii Ambassador of Sanrio Puroland to join in on their 25th anniversary celebration — Mass recruitment!! 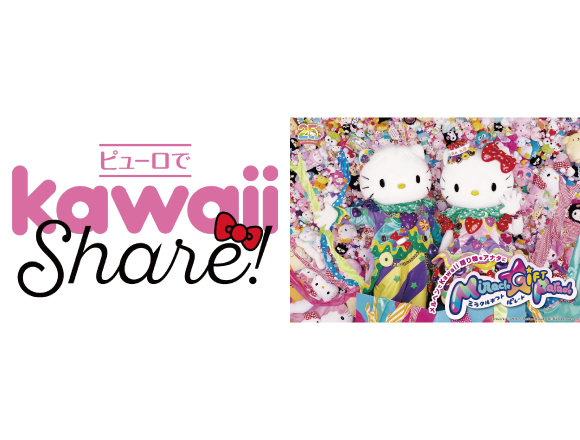 The home of Hello Kitty, Sanrio Puroland (or Puroland for short), is celebrating their 25th anniversary this year and your help is needed! Help keep the spirits up and join in the fun by applying to become an official Kawaii Ambassador! （ピューロkawaii大使). Applications are being accepted now – so make sure you apply too!

It is possible for anyone who has a Twitter or Instagram account to apply. All you have to do is take a kawaii and charming picture at Puroland. The next step is to send this picture to the official Puroland website at ‘ピューロでkawaii Share！’ (Puro kawaii Share!). Finally, all you have to do is wait until Saturday 30th April when the applications will be assessed, and the 10 most kawaii applicants will be appointed as official Kawaii Ambassadors! These winners and their kawaii-related activity at Puroland will be announced on the official website, official Twitter account, and elsewhere to spread the news!

The mission of Puroland is to spread the wonderful, cute moments that people enjoy at Puroland around the world for everyone to enjoy. Examples of pictures you can send for your application are; a picture of you being greeted by Hello Kitty or Dear Daniel, or pictures of the parade dancers. Send us your colorful and cute snaps! As long as you think it is cute, it is suitable for the application!

If you are selected to become a Kawaii Ambassador of Puroland, you will be presented with a special Puroland passport which is valid for an entire year, and you will also be gifted with special invitations to limited events! Let’s share the excitement of Puroland’s 25th anniversary!