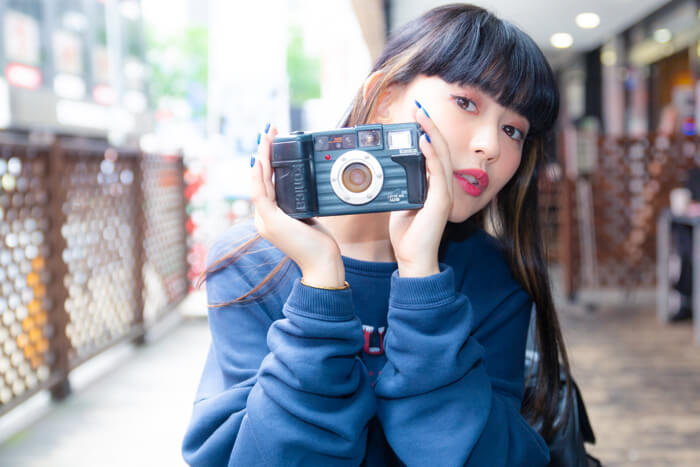 This is Yuri ‘Yurippa’ Suganuma’s featured article series in which she takes us on her adventures to cultivate new hobbies.

Yurippa has been interested in photography for some time now, but she’s been unsure which camera she should buy. So, she decided to head to some used camera stores,  Lucky Camera Shop andChuko Camera Box in Shinjuku to find the perfect camera that best suits her. Was she able to find the right one…? Let’s find out! 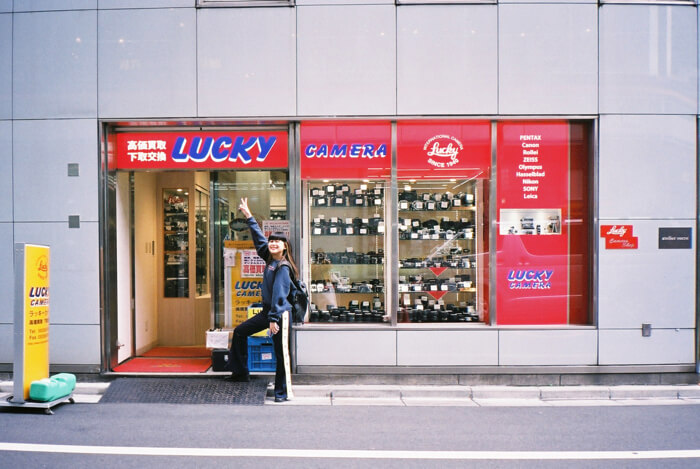 The first place Yurippa stopped by was Lucky Camera Shop. It’s located next to Isetan Shinjuku and has a kind of foreign, non-Japanese air to it. When Yurippa saw the eye-catching red exterior of the shop, it was loved at first sight. In any case, time to head in! 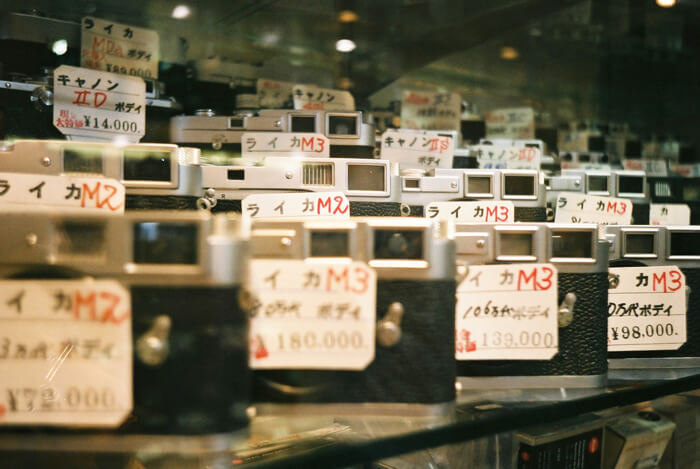 The store is lined with cameras made in lots of different countries including Japan, Germany and the US. Lucky Camera Shop puts a lot of effort into stocking foreign-made cameras and mechanical cameras with everything built in. They have a varied line-up, including famous Leica cameras. 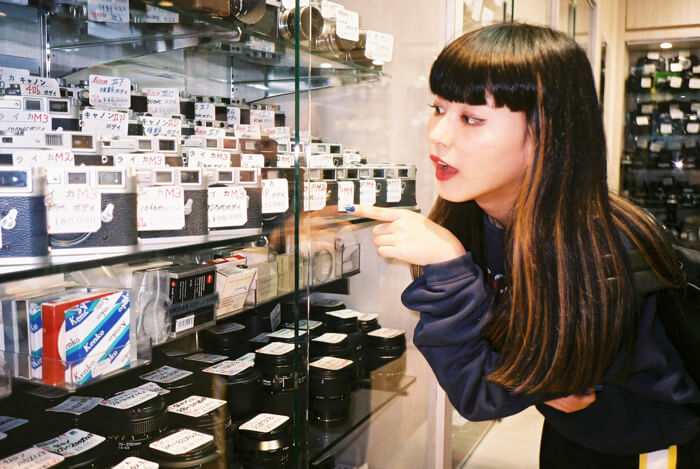 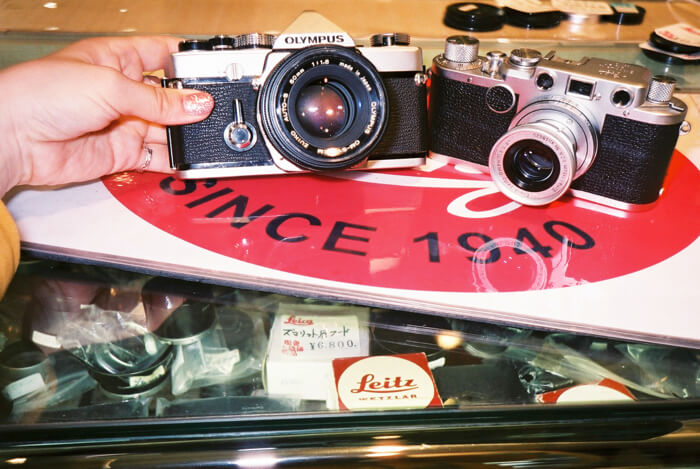 Yurippa was shown a camera she was interested in from inside the showcase. The left was a single-lens reflex Olympus OM-1 and the right was a Barnack Leica. 35mm films are all the rage right now, and these were some of the first models to use them. Both are at a nice, compact size. 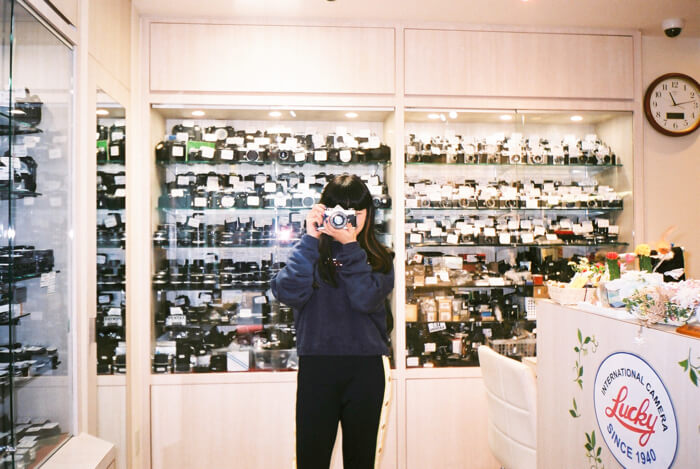 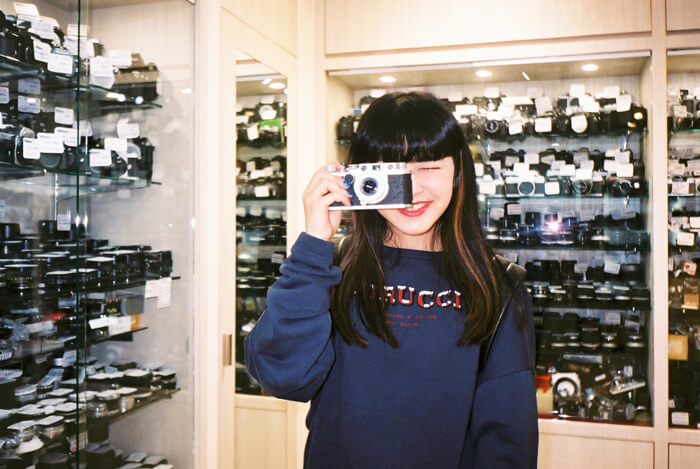 Next, Yurippa also tried the Barnack Leica. It’s a valuable camera that has you feeling a little nervous touching it. She said surprised at how quiet the shutter was, to which the shop assistant explained, “This is a different single-lens reflex to that of the OM-1. There’s no mirror inside so the shutter is quiet.” Yurippa learned much about how cameras are put together differently, as well as the diverse number of types available. 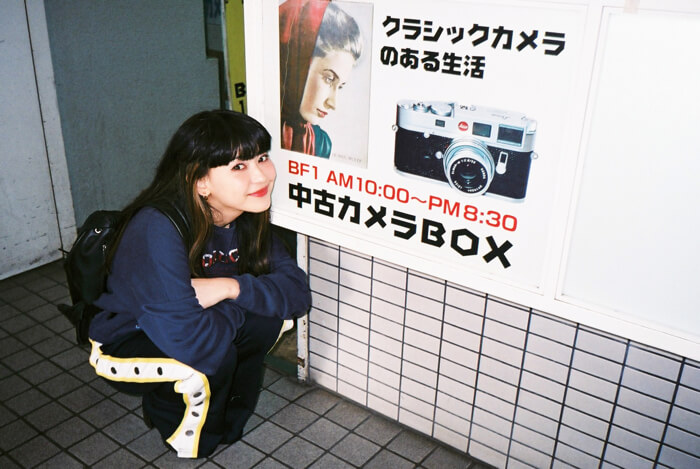 The next shop Yurippa headed to was Chuko Camera Box. It’s a used camera store located along Shinjuku Electric Street (Shinjuku Denki-gai). The showcase is crowded with cameras, and the shop has an atmosphere to it like a secret hideout. 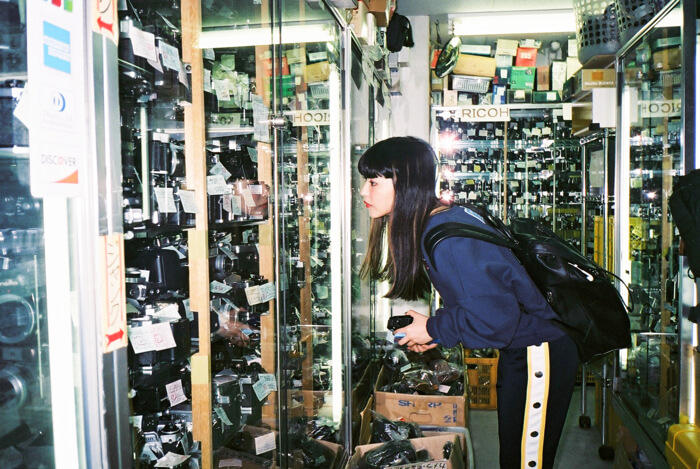 “It’d be great to have a camera that’s small and easy to use. One that I can take out and snap a photo with straight away. That’d definitely be fun!” said Yurippa while looking in earnest for a camera. 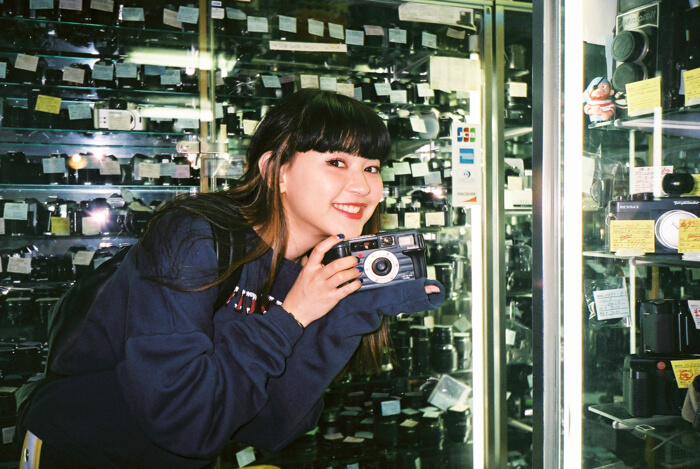 She continued to search with these keywords in mind, focusing on auto-focus film compact cameras. And then, she found it. In her hands was the Genba Kantoku from Konica. You can snap a photo just by pressing the shutter. It has auto-focus, flash and auto-load. “It’s a little big, but it’s affordable and seems easy to use!” 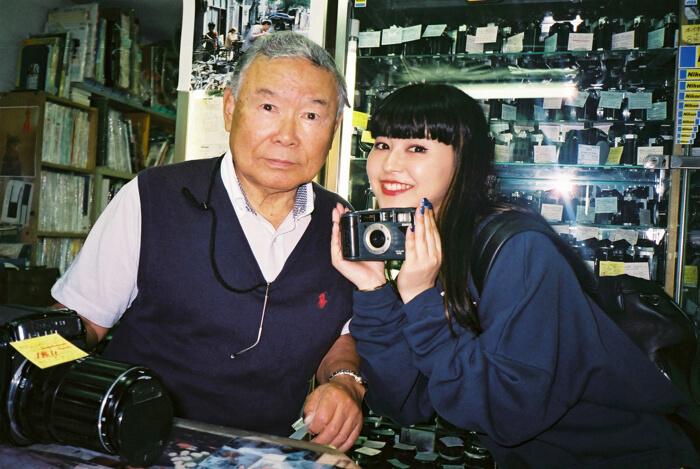 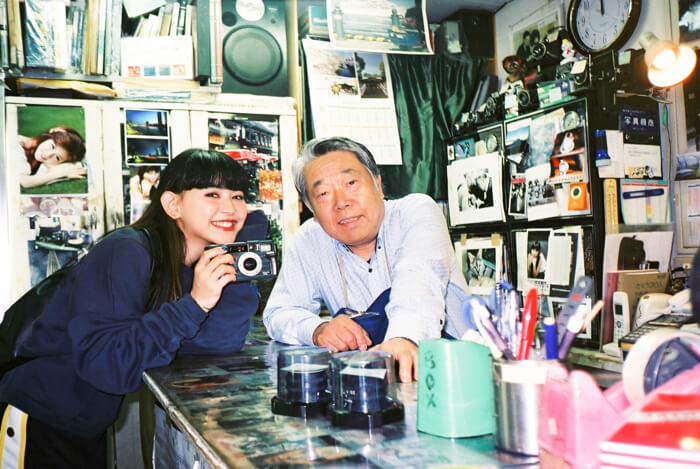 Chuko Camera Box is famous for its friendly store clerk and regular customers. Yurippa learned that the Genba Kantoku was formerly used for recording at construction sites. It’s durable and can get wet or be dropped and has an excellent lens. She’s finally made her purchase! 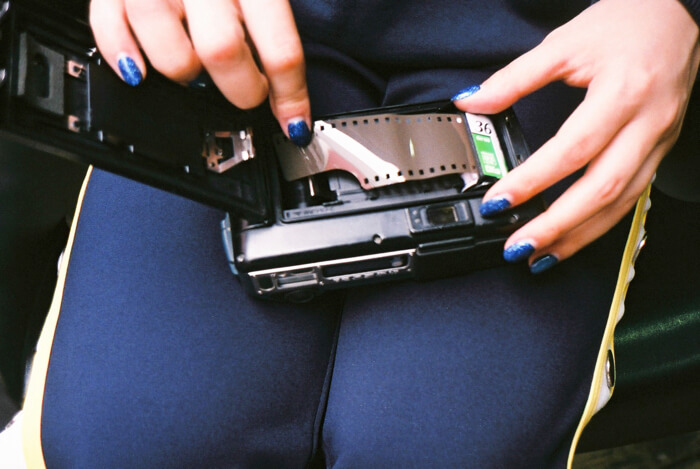 Yurippa loaded her Genba Kantoku right away with 35mm film. Simply take out the film tip and close it on its back. Film cameras can seem tricky, but there are easy-to-use ones like this too! 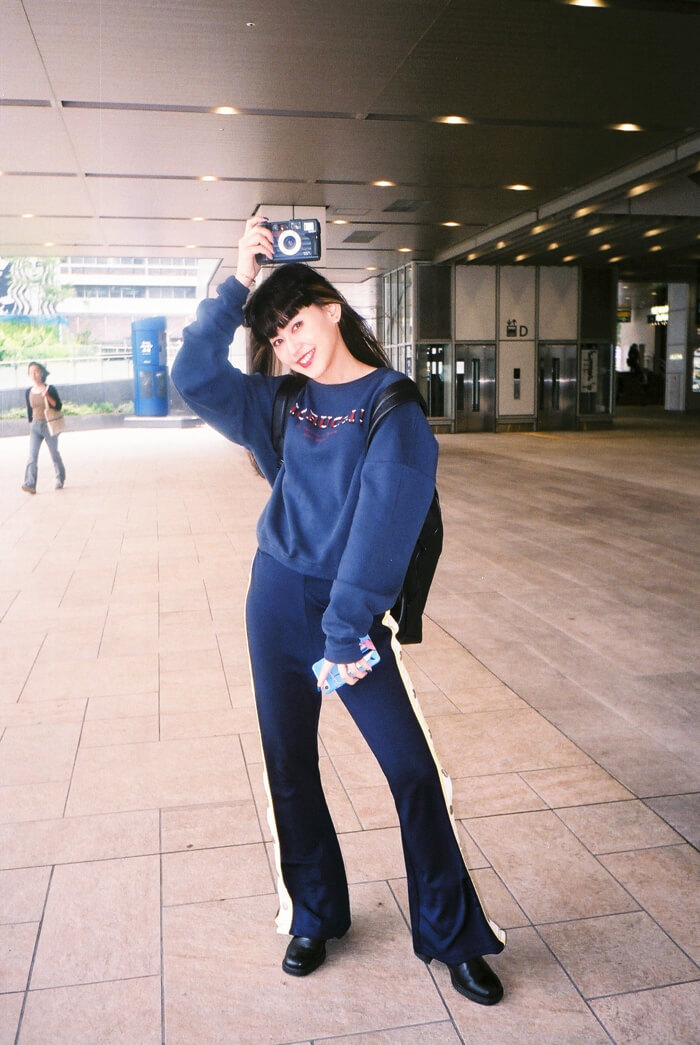 Yurippa was hugely satisfied finally getting her hands on her long-sought film camera. In the second part of this article, she will develop and print the photos that she has taken with her Genba Kantoku at a photo shop.

How about getting yourself your own film camera and to start up photography yourself?

Yuri Suganuma is a model with a high fashion sense that has been picked up by various magazines. She receives much love and support from girls of the same generation as her to whom she is known by her nickname “Yurippa.” She has a huge influence across her social media. Recently, she has stepped into other fields outside of modelling, such as appearing in TV shoots and in music videos. She is skilled in make-up and involved in the development of cosmetics.