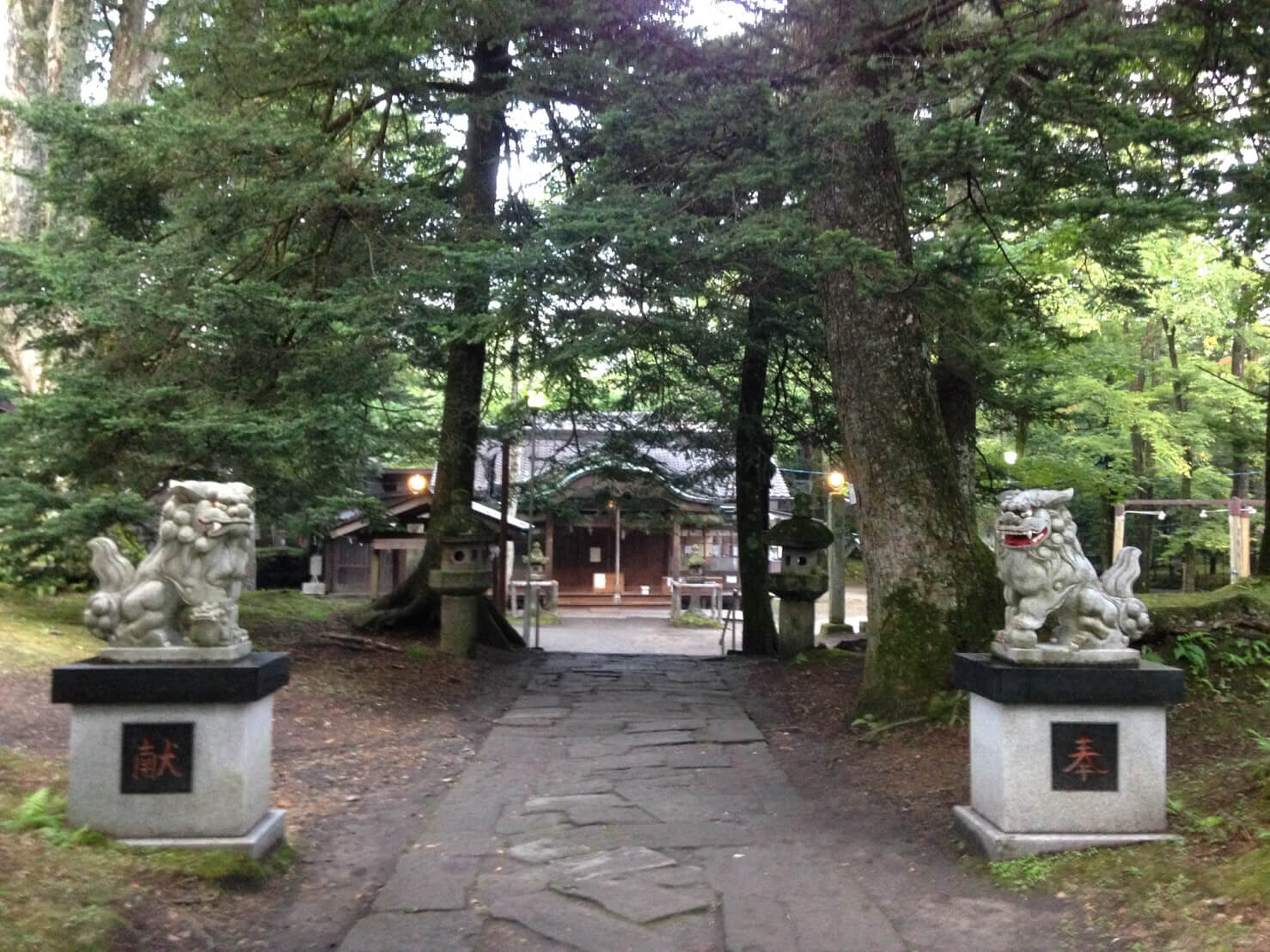 The town of Karuizawa in Nagano Prefecture has seen an increased in foreign visitors partly due to it being the filming location of Terrace House: Opening New Doors, a Japanese reality TV show available on Netflix which takes six strangers, men and women, and places them in a house to live together.

In this article we have compiled a list of tourist hot spots in Karuizawa and around Nagano that appear in the show.

This is the shrine the cast members go to as their first shrine visit of the year. It’s located near the Kyu-Karuizawa Ginza a shopping area. The huge sacred tree there is enveloped by moss. It’s a very mysterious place. During summer the shrines bustles with people there for the fireworks and festivals. It’s an important shrine loved by locals as a cultural property.

This is the shrine where member Shion prayed for Tsubasa’s victory. The centre of the shrine sits on the border of Nagano Prefecture and Gunma Prefecture. It’s known as a branch shrine of the three Kumano Sanzan shrines in Wakayama. The sacred Shina no Ki tree is a popular ‘power spot’ for marriage and good fortune. You can also see the shape of a heart depending on which angle you look at it from, so be sure to try finding it.

Senga Falls is where Noah and Mayu went on a date together. You can relax your mind and body by heading on the “Seseragi no Michi” hiking course which follows the mountain stream. You’re sure to feel healed not only by the waterfall but the surrounding lush greenery too.

This is where Taka and Seina went on a date. It’s been a familiar tourist spot of Karuizawa since many years ago.There are many shops lining the street including those specialising in Karuizawa carving. You can also enjoy food like bread and jam, something which was taken on after foreign tourists started visiting for summer, as well as sausages and more. We recommend looking through the variety stores too.

The Shaw Memorial Church is where Shohei confessed his love to Seina. This beautiful chapel is hidden away in the peaceful forests of Karuizawa where the gorgeous scenery of all four seasons can be enjoyed. The sight of the building’s magnificent stained glass will fill you with warmth. If you’re interested in seeing it yourself then don’t forget to book.

This is a horse riding club where Noah and Yui went on a horse riding date together. As well as being able to ride the horses, those who take a lesson there are also offered an optional plan for an additional fee to go walking in the forest. How does a horse ride in Japan sound?

The camp that everybody went to in the show is located here. It’s a camping site hidden away in the forest with 14 cottages and villages that can house up to 45 people per day. If you’re looking to spend a relaxing time out in nature then consider going here.

Shion and Tsubasa visited this temple on one of their dates. The temple is a registered national treasure and famous tourist spot in Nagano Prefecture. It has been loved by locals and tourists since ancient times. The busy Nakamise Street is packed with food you can buy and eat while walking around. They also offer guides of the shrine grounds in multiple languages.

Shohei and Seina visit Otomeko Park during their date. The park is decked out with many public facilities including a cultural facility with a public hall and gym, a tennis court, a wild bird forest, and other forests you can walk around. The scenery is beautiful whatever season you visit.

Have you seen Terrace House yet? Whether you have or not, hopefully this list of tourist spots offers an incentive to visit and enjoy the sights of Karuizawa and Nagano.

Next » 6 Ski Resorts in Hokkaido ― Winter Sports in Japan