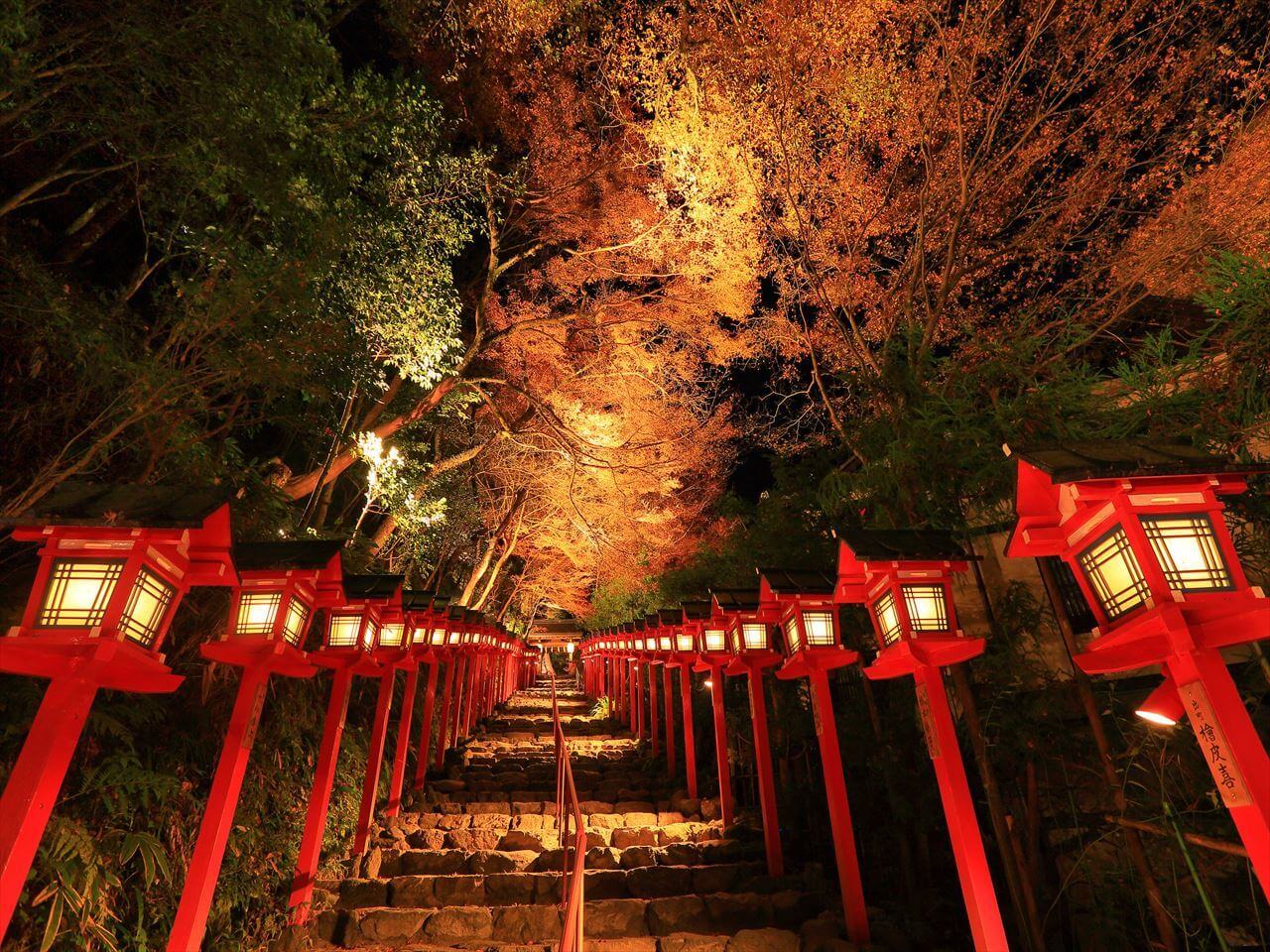 Eizan Electric Railway and the Kibune Tourist Association are teaming up to hold an autumn illumination event which will run from November 3 to 25. 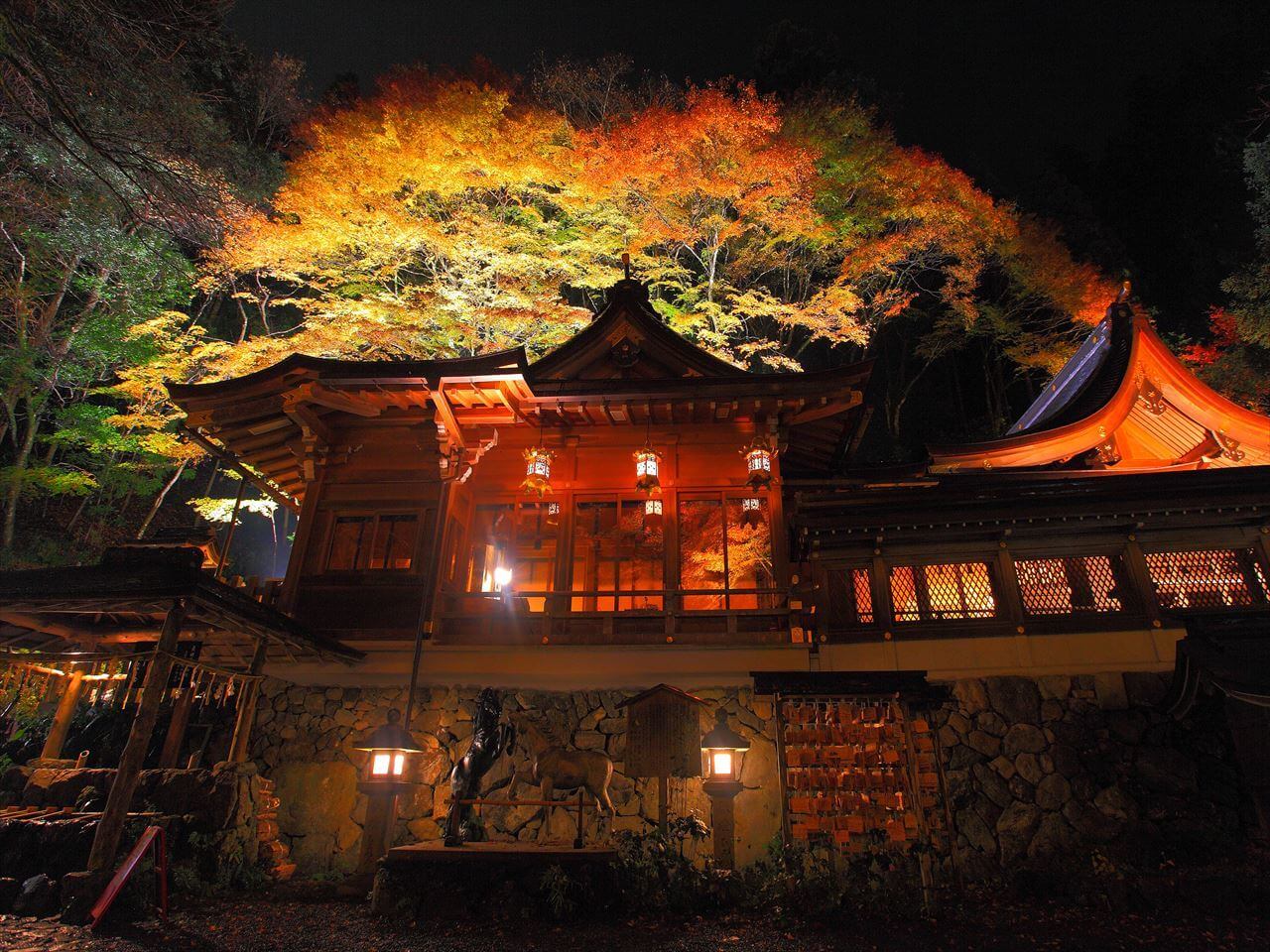 This marks the 16th run of the event which will once more be held in co-operation with Kyoto Hanatouro who will provide paper lanterns and spotlights. The Momiji Tunnel, Ninose Station and Kibuneguchi Station along with Kifune Shrine and elsewhere will be lit up with enchanting illuminations. 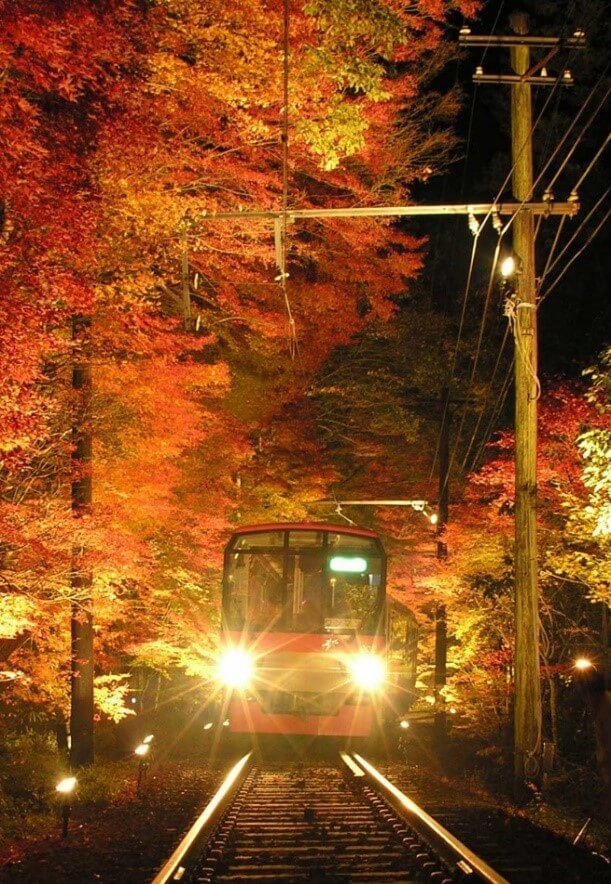 As the train runs through the Momiji Tunnel―a tunnel of maple trees―it will cut its lights and slow down for passengers to enjoy riding past the lit-up magical maples with autumnal hues. The path leading up to Kifune Shrine as well as the main shrine itself too will glow with warm colours.

Take in the spectacle of Japanese autumn-time at Kifune Shrine in Kyoto.