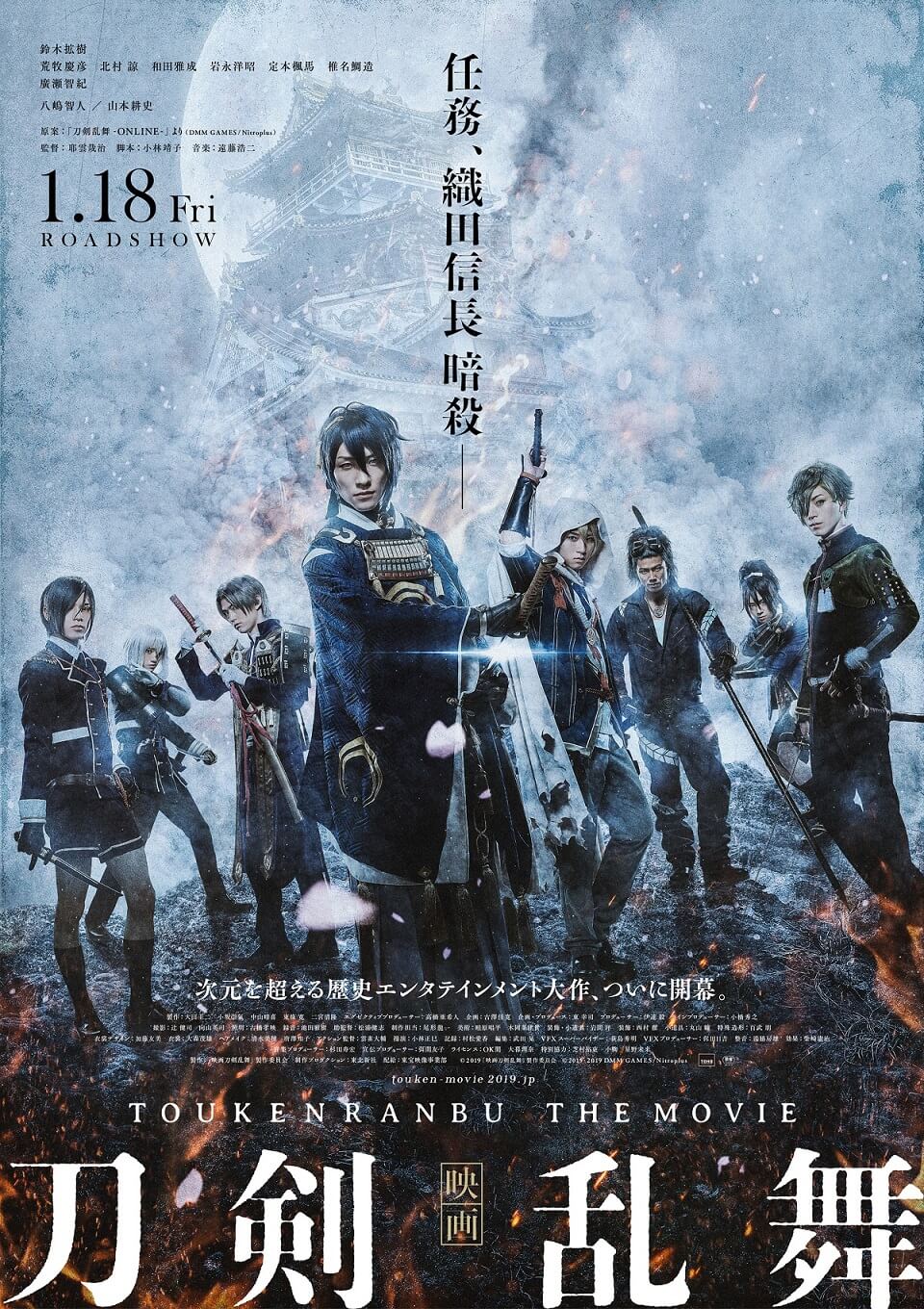 Touken Ranbu is a free-to-play online collectable card video game developed by Nitro+ (Steins;Gate, 2015) for internet browsers. Since its release in 2015 it has received two anime adaptations, a musical and stage play.

Its popularity has led to the announcement of the franchise’s first live-action film adaptation based on the original work which is set for release on January 18, 2019. Details for additional cast as well a poster for the movie have been released.

The film is being directed by up-and-coming movie creator Saiji Yakumo and written by Yasuko Kobayashi who has worked on anime series and special effects films. Cast that have already been announced include Hiroki Suzuki (Mikazuki Munechika), Yoshihiko Aramaki (Yamanbagiri Kunihiro) and Ryō Kitamura (Yagen Toushirou), young actors who are making a name for themselves in the theatre industry.

Next » “Token Ranbu -Hanamaru- in KIDDY LAND Sononi” will be held at 5 Kiddy Land stores throughout Japan.