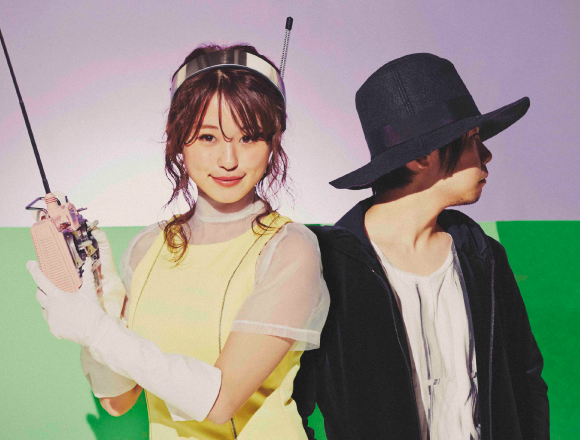 Starting with the song used in the “Google Chrome — Hatsune Miku theme” commercial video  called “Tell Your World”, the one and only “kz” created many Hatsune Miku songs, causing an unprecedented craze over the Vocaloid singer. Music-maker kz has teamed up with model and music artist Anna Yano, forming the new live unit “livetune+”. Together, they have recorded a new song “Cheers!” which has been used in the web limited animation commercial video for the alcoholic drink “Kirin Hyoketsu” 「キリン 氷結®」 “Kirin Hyoketsu®” used the theme “atarashiku ikou” to create the commercial, which refers to walking a brand new path. The commercial allows the audience to feel the excitement of experiencing a variety of “new” figures and unexpected sides to people. The animation of the commercial was made by collaborating with “TRIGGER Inc”, who are always setting new challenges for themselves, presenting the concept of “Showing a new side to myself which is different to the me up until now!”. This is shown through the animation.

In this original animated commercial, the moment of excitement and the lively atmosphere during the live performance of animation and social game idol voice actors has been depicted. Voice actor Shintarō Asanuma and voice actress Ai Kayano were appointed these roles. The commercial was aired on YouTube and shared through Kirin Beer’s official SNS websites from 2nd August 2016.

The song “Cheers!” coloured the commercial in a very livetune+ style, turning it into a completely new shining masterpiece of the duo. “Cheers!” will be released for sale on iTunes and through other companies on Wednesday 10th August, and through music subscription, this new catchy song will be available all over the world!

Now all we have to do is wait in anticipation!

Next » livetune+ strikes again with the success of their first Asia tour in Taiwan and Thailand! Bring on Indonesia!