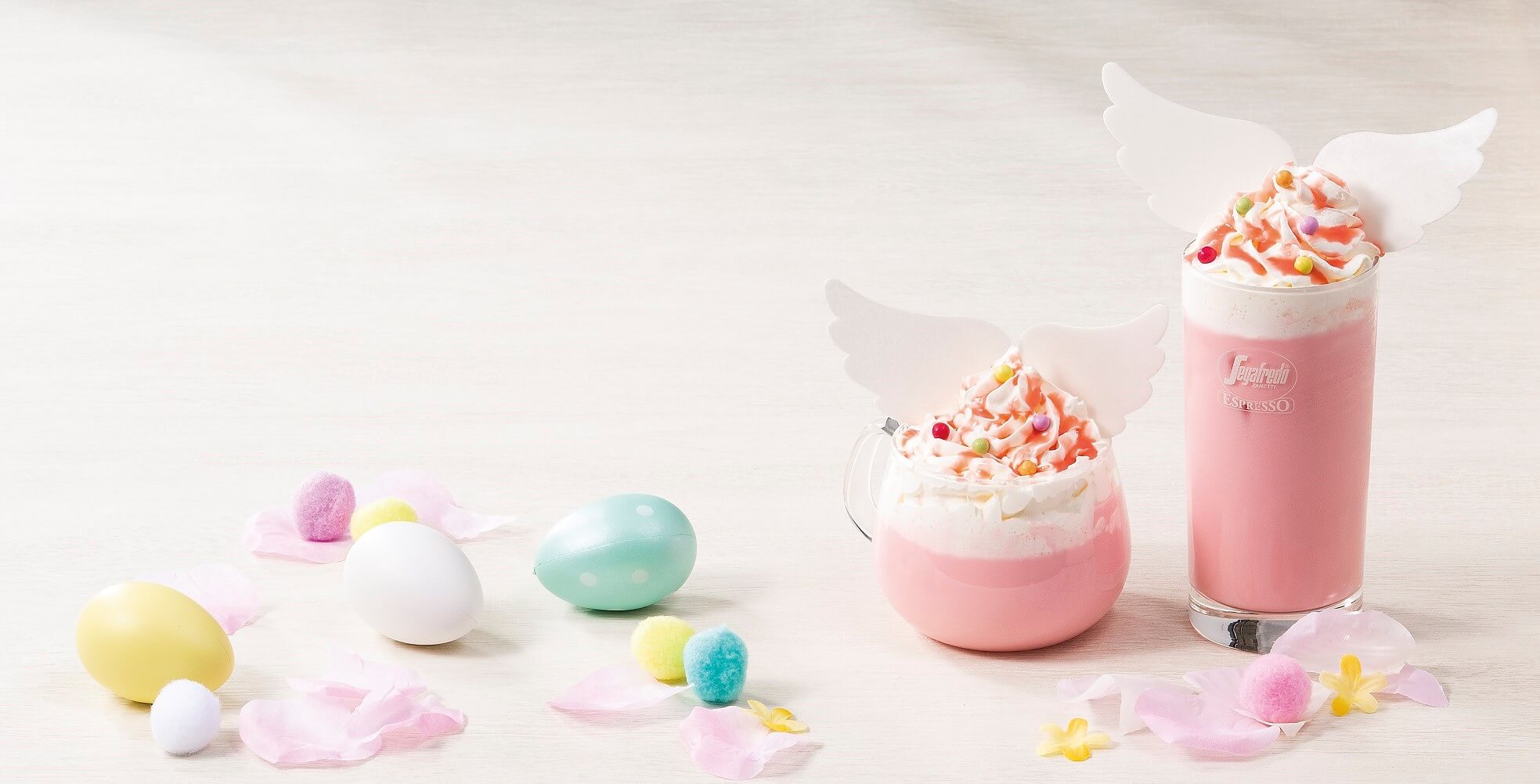 Segafredo Zanetti Japan is celebrating a cute and dreamy Easter this year with the release of its hot and iced Easter Angel Strawberry Latte at Segafredo Zanetti Espresso branches on April 2. 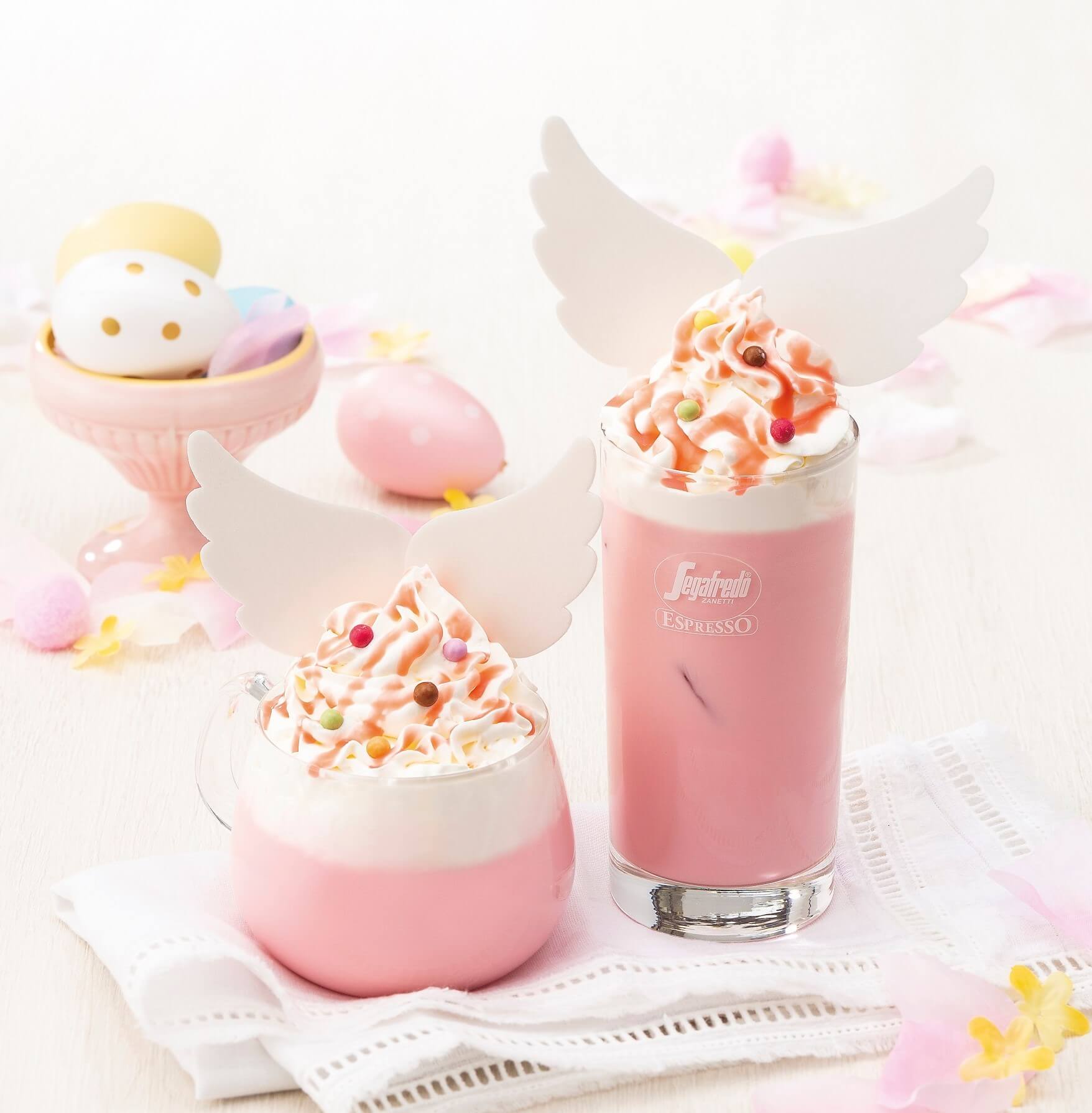 This strawberry flavoured latte comes with in an eye-catching pastel pink and topped with fresh cream, rainbow coloured chocolates and a drizzle of strawberry chocolate sauce. Both beverages come with specially made edible angel wings to finish their dreamy-cute appearance. They look like angels that have fluttered down from the heavens for Eastertime.