Wagakki Band ascends to Izumo shrine to commemorate 5 years since their debut! 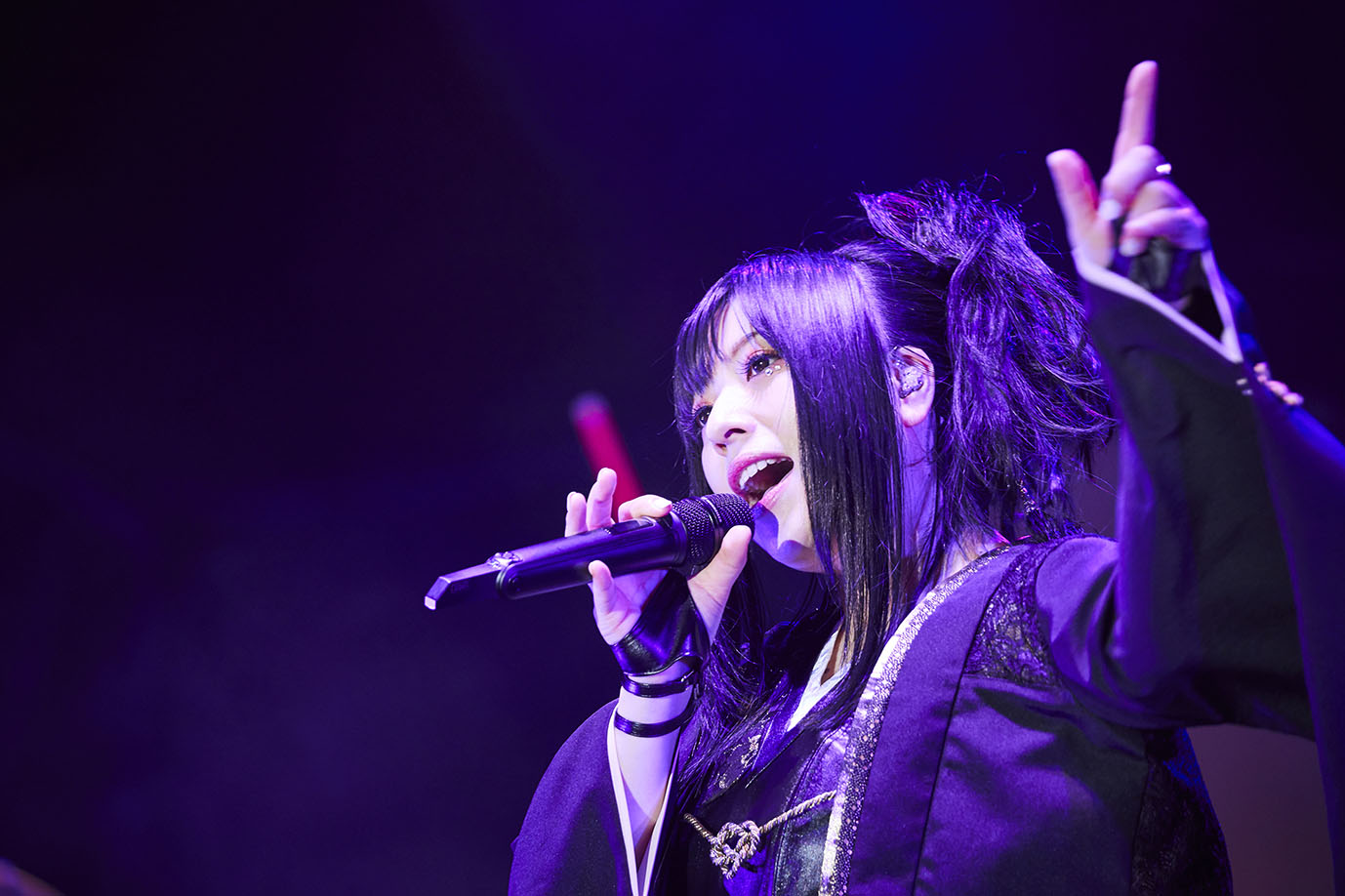 On Saturday 13th April 2019, Wagakki Band performed a commemoration concert at Izumo Shrine, which is one of Japan’s most ancient shrines. The Wagakki Band 5th Anniversary Tandoku Hounou Koen in Izumo Taisha concert entertained a full crowd of 3,500 fans who were burning with excitement. The band have performed tradition-themed live performances at other world heritage sites such as Nikko Tosho-gu shrine, Heian Shrineand Munakata Taisha.  To commemorate the reconstruction of Izumo Shrine which takes place every 60 years, Wagakki Band released their first album Vocalo Zanmai on 1st April 2014. As it has been five years since their debut, the band launched this commemoration live performance! 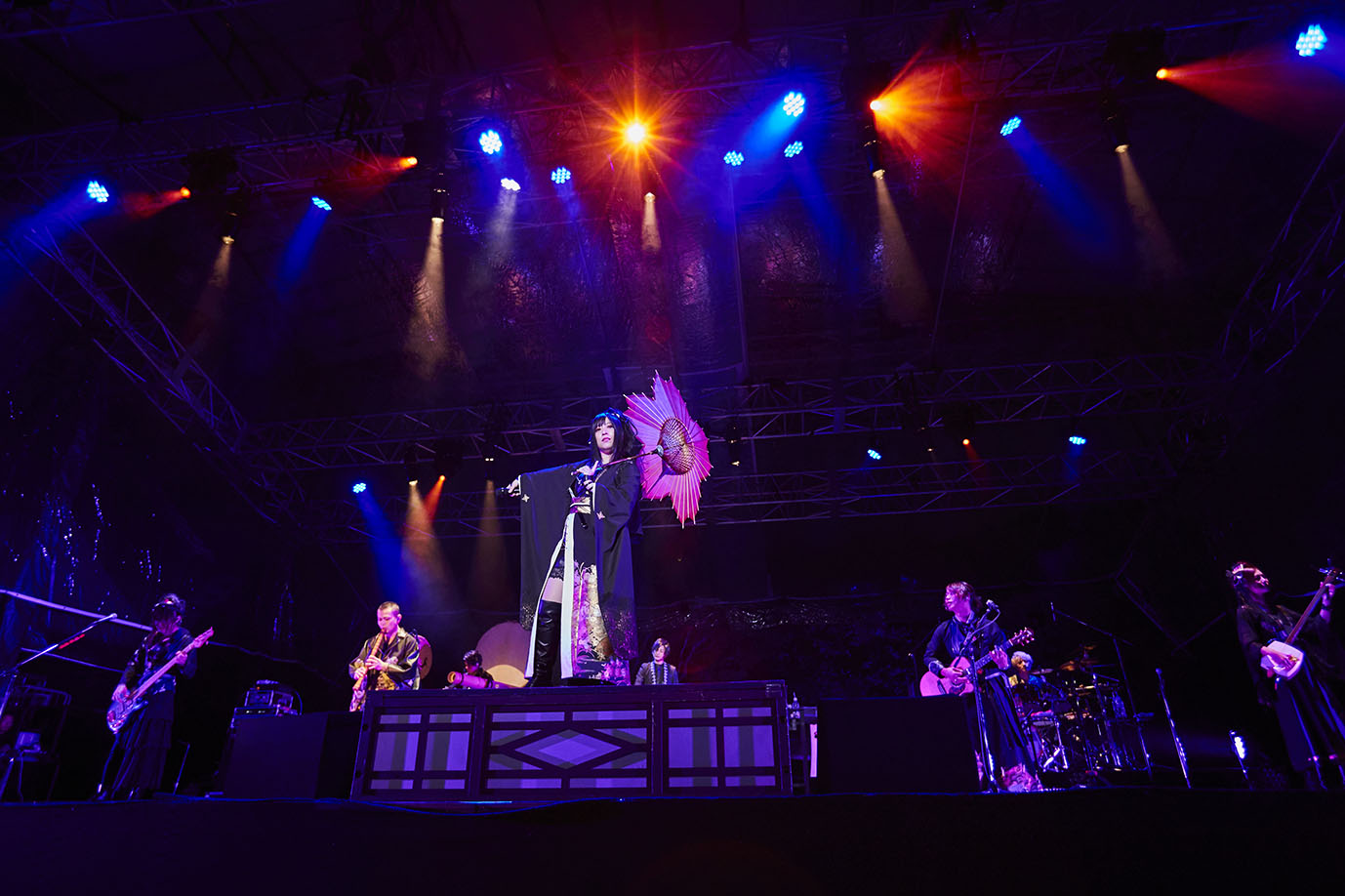 Wagakki Band started the night a little bit past 6 pm, drawing fans directly into their peculiar world by performing Akatsuki no Ito. One after the other, they plunged straight into Sen-ikusa and Yoshiwara Lament as the audience welled with more and more excitement.

Afterwards, vocalist Yuko Suzuhana recited poems which were the perfect fit with the shrine setting. Suzuhana mainly sang Chinese poetry, which was brought to life by the surrounding shrine atmosphere. The line: “I am trying to build a palace in Izumo to take a new wife, and the multifold fences look like overlapping clouds,” was perfect for the setting and performance, wrapping the fans in a special atmosphere. 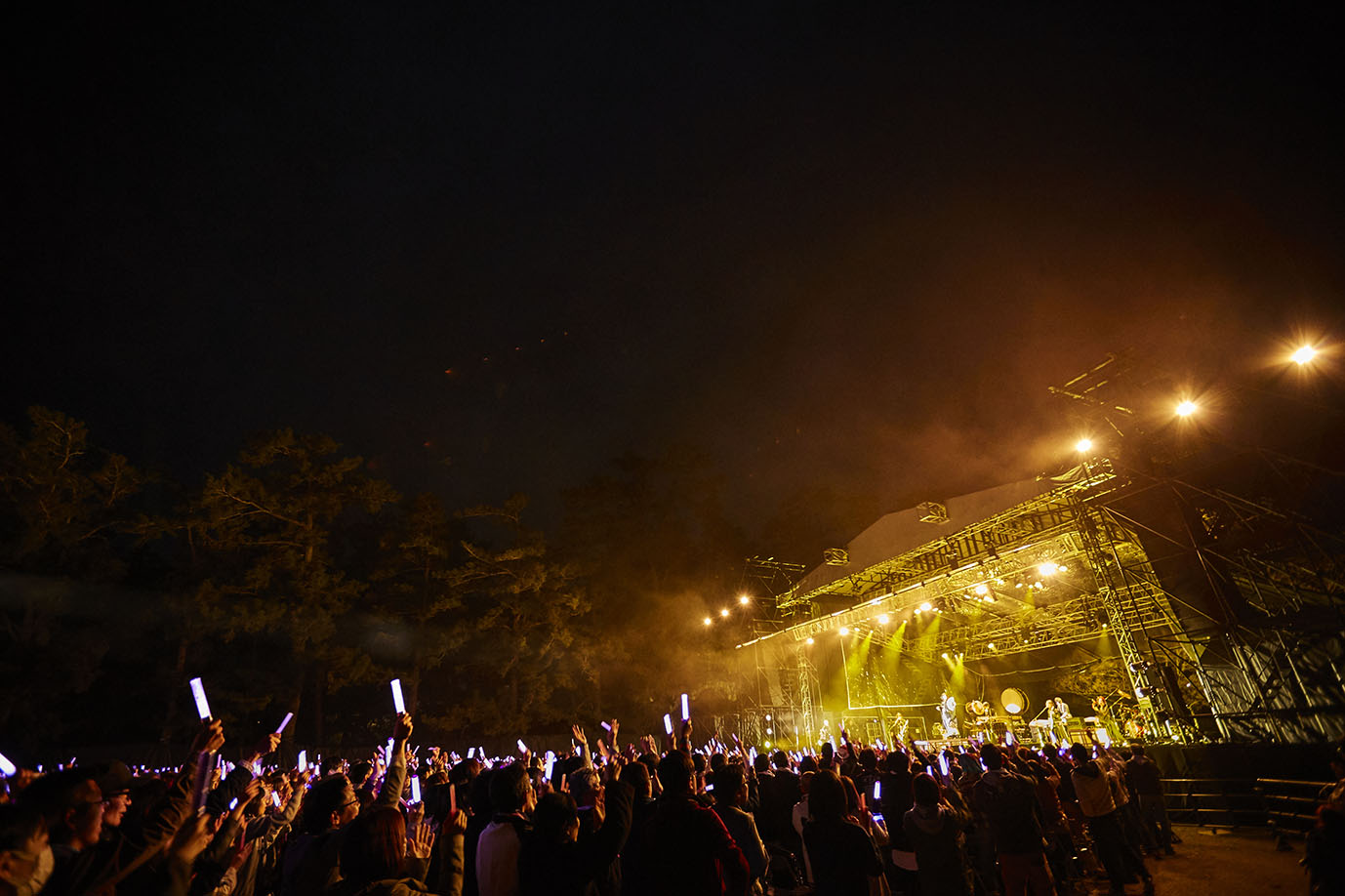 Wagakki Band kicked off part two with Hikari no naka de, which is the ending theme song for the upcoming kabuki play adaptation of manga series Naruto. Next, they performed a unique jazzy interpretation of Synchronicity, followed by a drum battle between Kurona on the Japanese drums and Wasabi on the drum kit! The venue overflowed with cheers of support as the sound and light performance filled the stage. The band finished the main part of the show with their most popular song Senbonzakura, to which the audience erupted into cheers.

As the band members left the stage, the crowds of fans begged for their return by singing Akatsuki no Ito. This is no unusual phenomenon, as this is usually the case with their live tours and New Year’s live performances. Upon hearing the call from their fans, the band returned to the stage. They performed Appare ga seigi, which is the Gulliver commercial song for which the band even performed on air during the New Year period. To end the evening, the band performed Yuki Kage Boushi whilst spinning light sticks along with the audience for an overwhelmingly beautiful ending.

On 27th April, they will hold their last ever Heisei era live performance called POP HILL 2019 in Kanazawa (Ishikawa prefecture). Whether you’re a fan or not, be sure to check out Wagakki Band!