The MOSHI MOSHI BOX Tourist Information Centre is having a promotional showcase for halal products in line with the increasing number of overseas visitors to Japan! 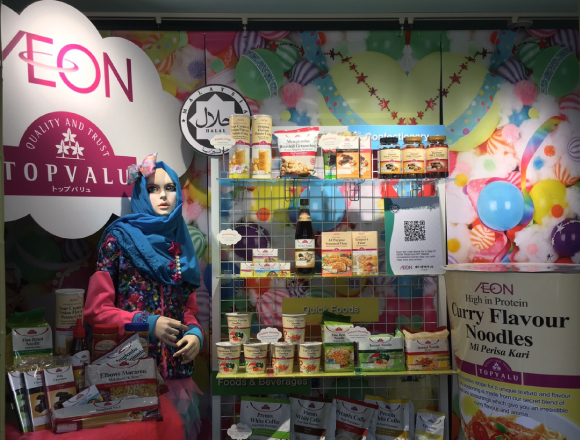 The tourist information centre “MOSHI MOSHI BOX” in Harajuku run by ASOBISYSTEM co., ltd is having a halal promotional showcase where you can find out about and sample halal products from TOPVALU. Titled “KAWAii halal STATION”, the showcase will run until the end of November. The Japanese government aims to draw 40 million tourists into the country by 2020. However, Japan still doesn’t accommodate certain features for its Muslim tourists, such as places to pray and menus with halal on them. However, there are some places in Japan that do sell halal products, such as the shopping centre “AEON” (イオン) in the Kanto region, as well as the supermarket “My Basket” (まいばすけっと). “KAWAii halal STATION” is open to both tourists and people living in Japan and will be promoting halal products that are sold in places like “AEON” and “My Basket”. Although there won’t be products sold there, there will be samples for you to try, so we would be very happy if lots and people can come and try them out. MOSHI MOSHI NIPPON are looking to the year of 2020, so be sure to follow us! Next » ‘Edo Punk! The Dynamic World of Ukiyo-e’ Released in Japanese and English