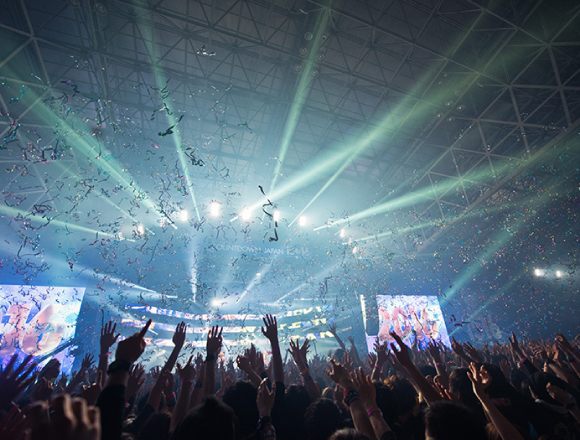 2016 is almost over! That bitter coldness of winter is approaching, and the scenery is somewhat melancholic… Actually, that’s wrong. There’s still a bit more to look forward to this year! There’s still plenty of events and festivals to enjoy. Don’t let the cold beat you just yet. Let’s heat things up!

“METROCK” is an outdoor rock festival held annually every summer. But it looks like this year it’ll be held a second time: introducing “METROCK ZERO”! Lots of artists full of individuality will be taking over EX Theater Roppongi for 3 days! Good Morning America’s independently run festival has finally come to fruition! The band formed in Hachioji where the festival is located, so it’s a place they hold strong emotional attachment to. Together with a string of artists they have ties to, they will play their hearts out.

“JAPAN’S NEXT vol.15” is a new generation project by ROCKIN’ON JAPAN where much talked about artists gather and turn the heat up. These are artists who are leading the new wave rock scene, so they are sure to burn themselves into your mind!

This is a special festival made possible by the Japanese TV music program “BUZZ RHYTHM”! It’s a place where today’s buzzing artists gather. You won’t be able to take your eyes off the stage with the diverse line-up of this festival. It’s also a little different from the TV show. And look forward to Bakarhythm and Maggy as the MC’s for the festival! Slipknot – the band that bewitches all who see them with their infectious originality. The band’s rock festival, Knotfest, returns again this year. There’s a huge line-up of artists to look forward to, with both Japanese bands such as MAN WITH A MISSION and Crossfaith, and a string of huge overseas artists. Why not try getting sucked into the whirlpool of madness of this festival?

Good news for all you girls out there! The girls festival run by Animate is happening this year too! There’s plenty to look forward to: lots of new items to get your hands on as well as events featuring male voice actors. There will even be merchandise sold only at this event that you can get your hands on, so make sure you don’t miss out! This is a special live tour from music producer Nakata Yasutaka, who continues to lead the world music scene, and Kyary Pamyu Pamyu. With a combination of their very different performances, they are sure to put on a very, very special show! They will also be performing at Zepp Nagoya and Zepp Namba on November 10th and November 11th respectively. It has now been 11 years since AAA made their debut. While the hype surrounding their summer arena tour is still hot, they have gone and announced their first ever dome tour! Their performance will of course be amazing. And just how each member will embrace their enthusiasm is also something to look forward to. They are sure to show us a side of them we have never seen before.

A bunch of wonderful artists recommended by J-WAVE are gathering for this special concert to deliver their beautiful music and voices. Surrendering to comfort and spending quality time at this show sure sounds nice. It will no doubt be a gorgeous night.

I want to show these in advance too! These are two events I want to go to at the end of this year. In addition to these events, “MOSHI MOSHI NIPPON FESTIVAL 2016 in TOKYO” is also coming up on Thursday November 24th!

This month is looking to be quite busy – there’s lots of different things to be doing to have fun! You can chill out and go and listen to some music by yourself, or even go and have a great time with friends. Have a go at picking something from this list of events.