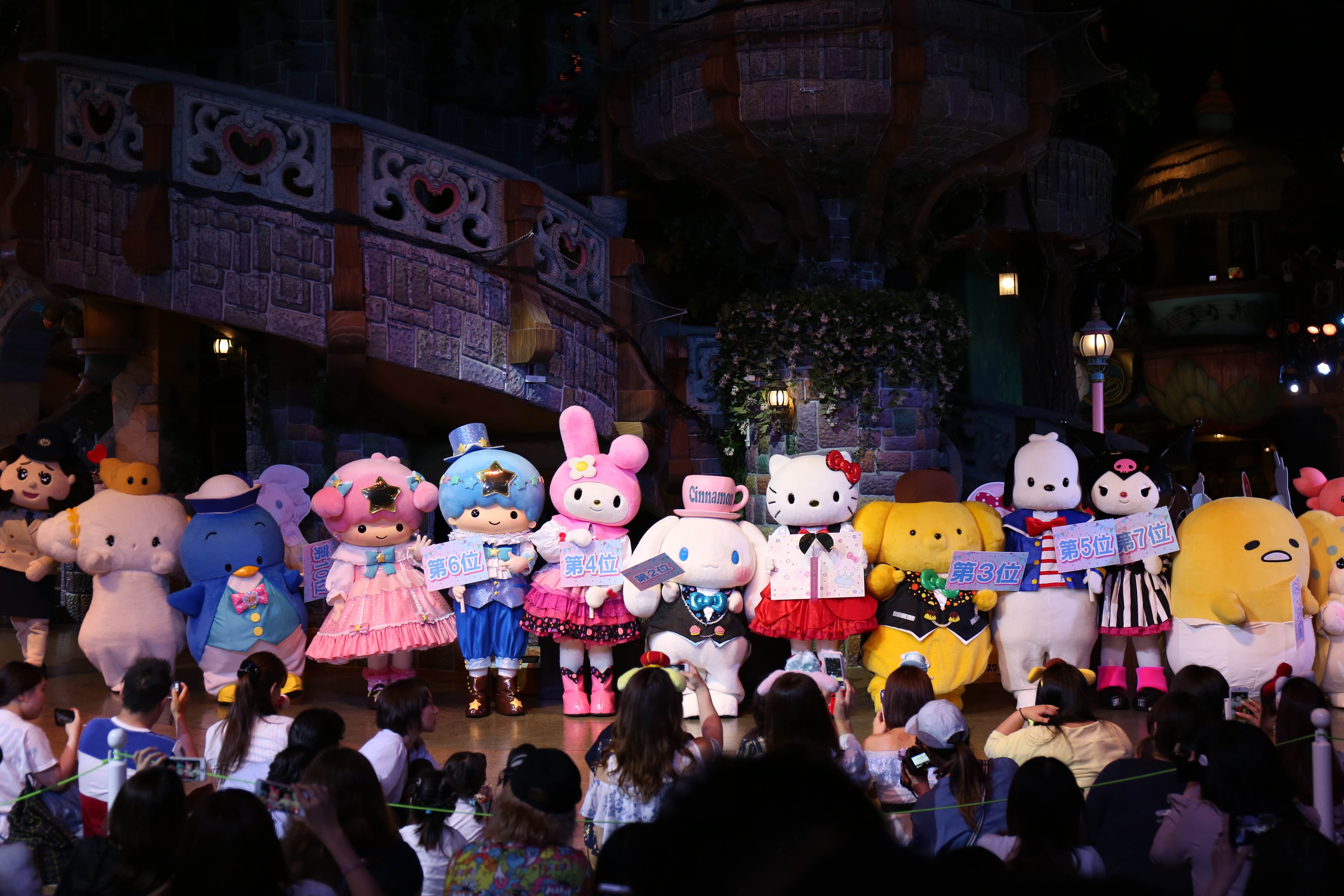 The Sanrio Character Awards is a hugely popular event held in Japan every year. The winners were just recently announced, and I got to attend the announcement event.

This year marks the 34th run of the awards which have become an annual custom amongst Sanrio fans. People waited with a slight nervous anticipation at Puroland where the event was held as they awaited for the award ceremony to begin. 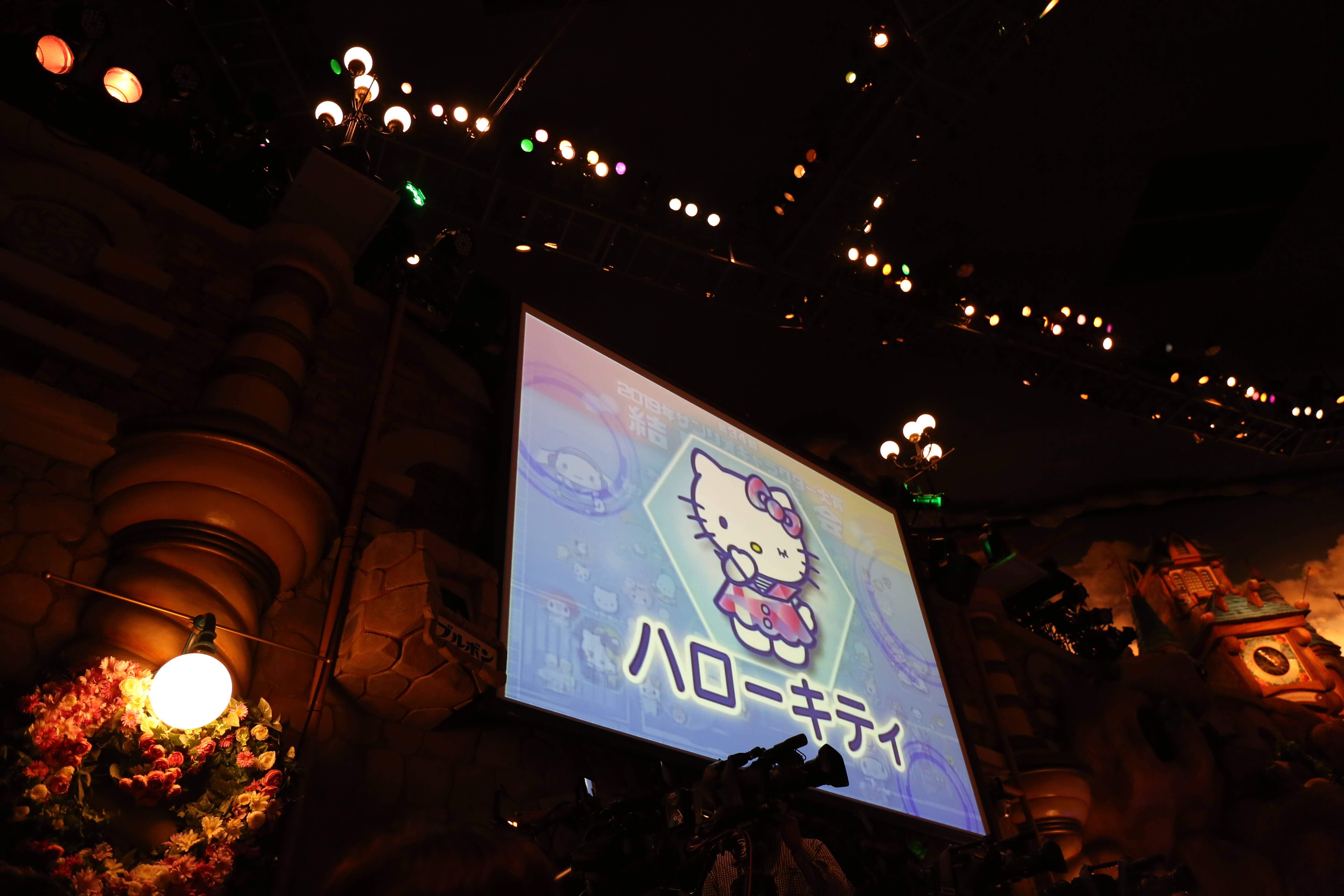 The ceremony began with an initial greeting by Kabuki Nyantarou before the participating characters of the awards were presented on screen. There were over 80 entries this year!

They took no time at all in listing the winners in order from the top. Cinnamoroll has reigned champion for two years in a row, but taking the crown this year is Hello Kitty who is celebrating her 45th anniversary. After her were Cinnamoroll and then Pompompurin. Hello Kitty is the poster girl for Sanrio but the last time she earned the No. 1 spot was six years ago in 2013, and last year she was in 4th place.

Hello Kitty is the only character since 2000 to win three years in a row. The highest streak by the other characters is just two years. When the votes began rolling in this year Cinamoroll was initially at the top with Hello Kitty in 2nd place, but halfway through they swapped places. Of course, we mustn’t forget Pompompurin and YOSHIKITTY either who followed close behind them.

Firstly, let’s take a look at who received the Special Awards. 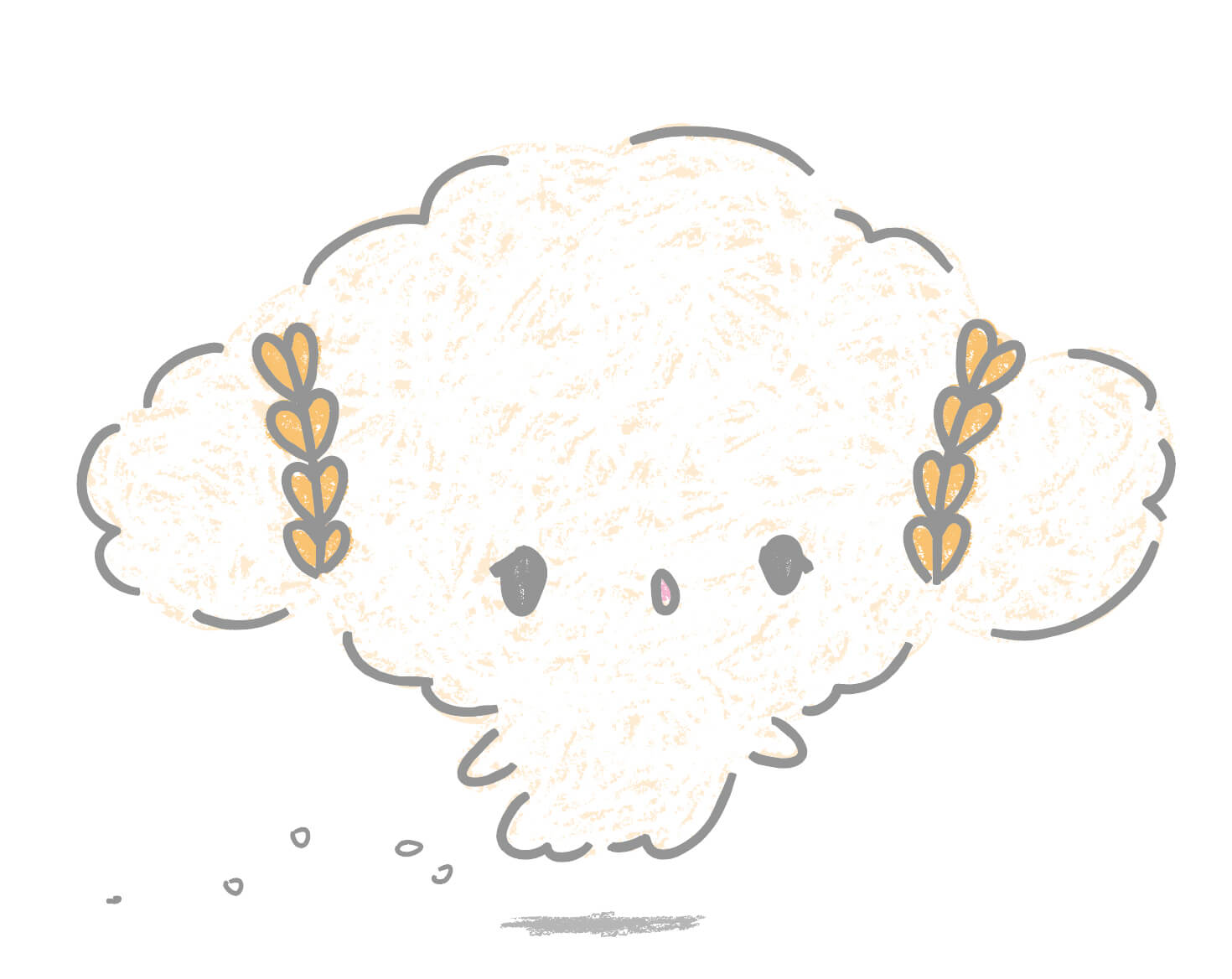 Cogimyun―Sanrio’s flour dough fairy character―obtained a much higher ranking than last year, earning her the Hop Step Jump Award. Fans were fascinated with this announcement as Cogimyun is said to the most elusive of the Sanrio characters. 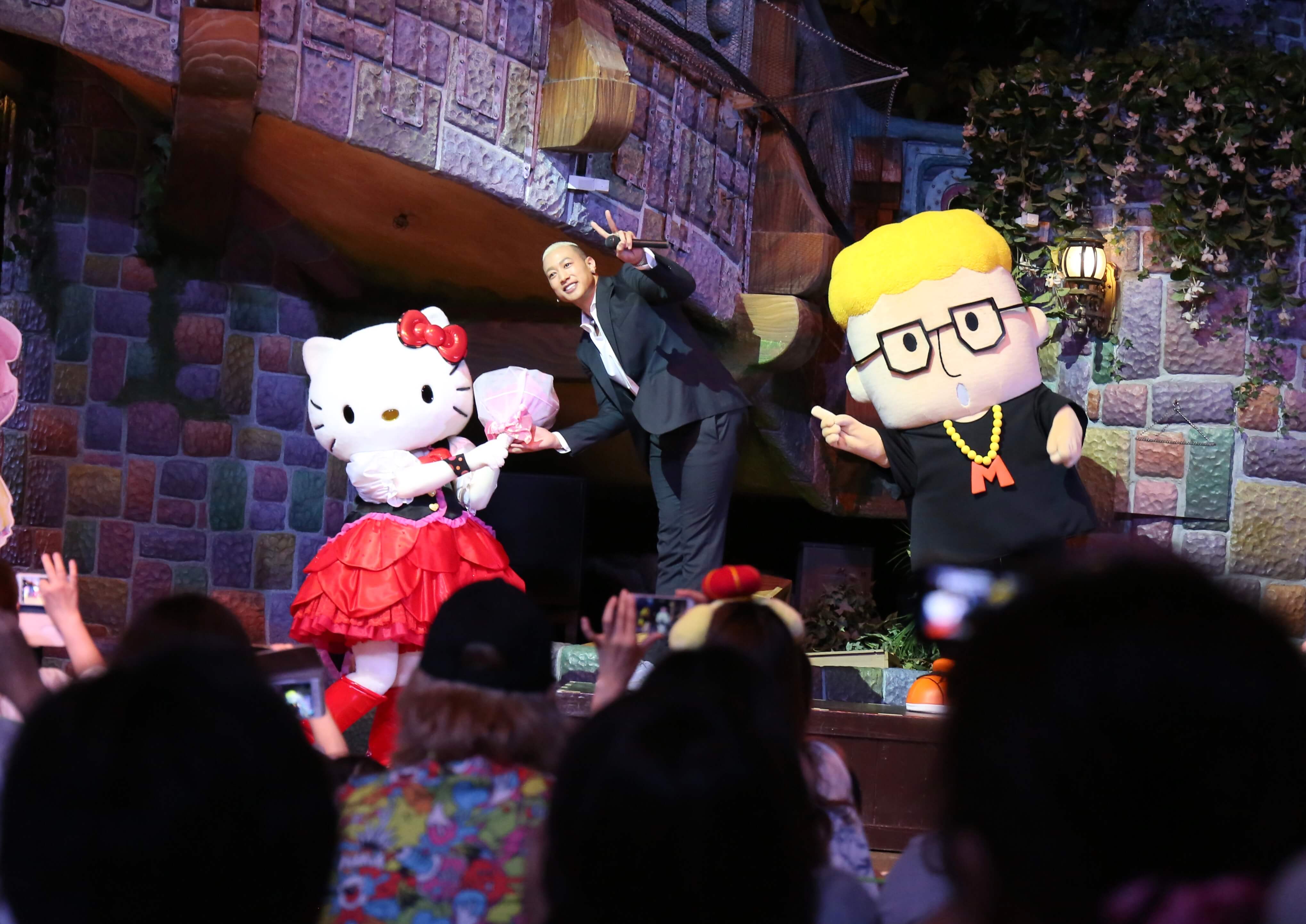 Hello Mandy reigned in the Collaborations Category, a collaboration between Hello Kitty and Mandy Sekiguchi from Japanese boy band GENERATIONS from EXILE TRIBE. Sekiguchi himself surprised the crowd as he was present to receive the award alongside Hello Mandy. 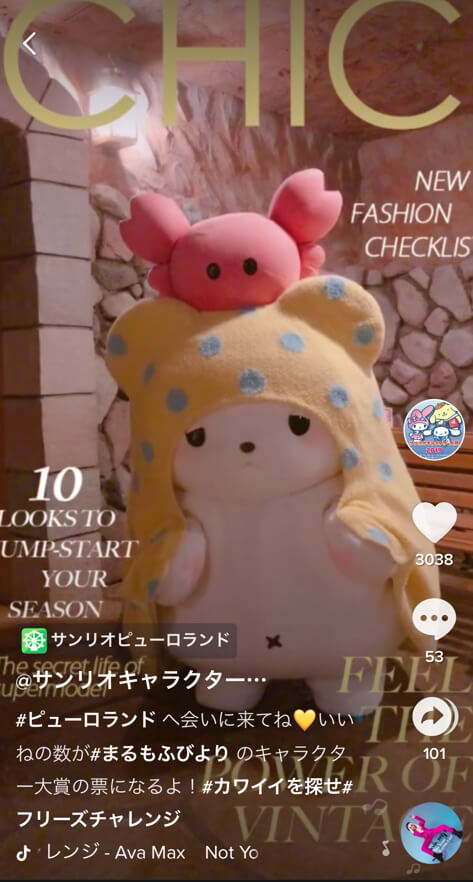 Taking home the TikTok Award this year is Marumofubiyori Moppu. Moppu is a cute white bear who likes to lounge around at home wrapped in his favourite blanket. His sleepy videos were a hit on the Japanese TikTok.

Now, for the main announcements. 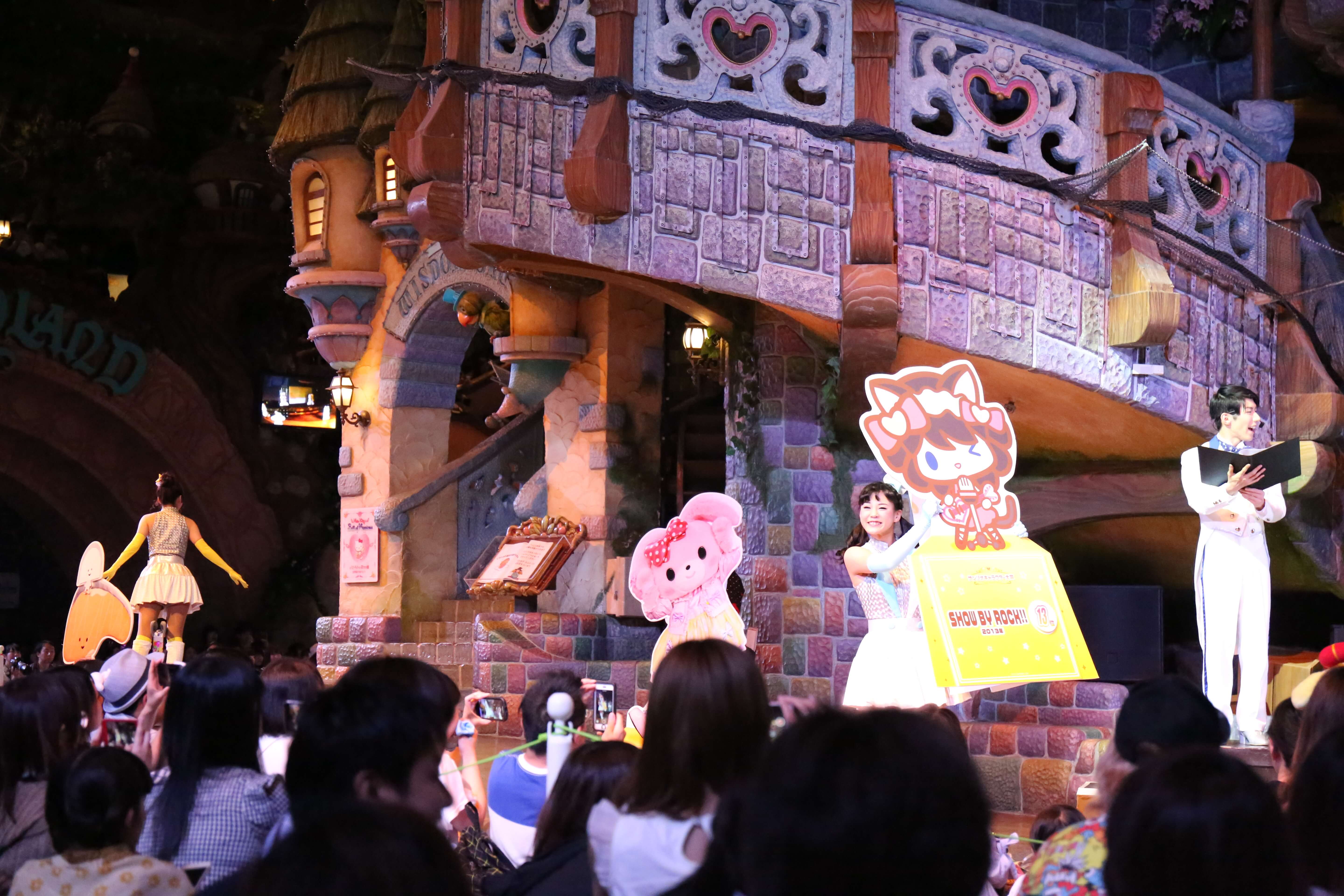 Ranks 20 through 10 were announced via large cardboard panels.

The top 10 were then announced in order, from 10 down to 1. Each of these popular characters were announced until just 2nd and 1st place were left to be announced. The remaining two names were Cinnamoroll and Hello Kitty, leaving fans anxious to hear who the winner of 2019 will be.

And the winner is… 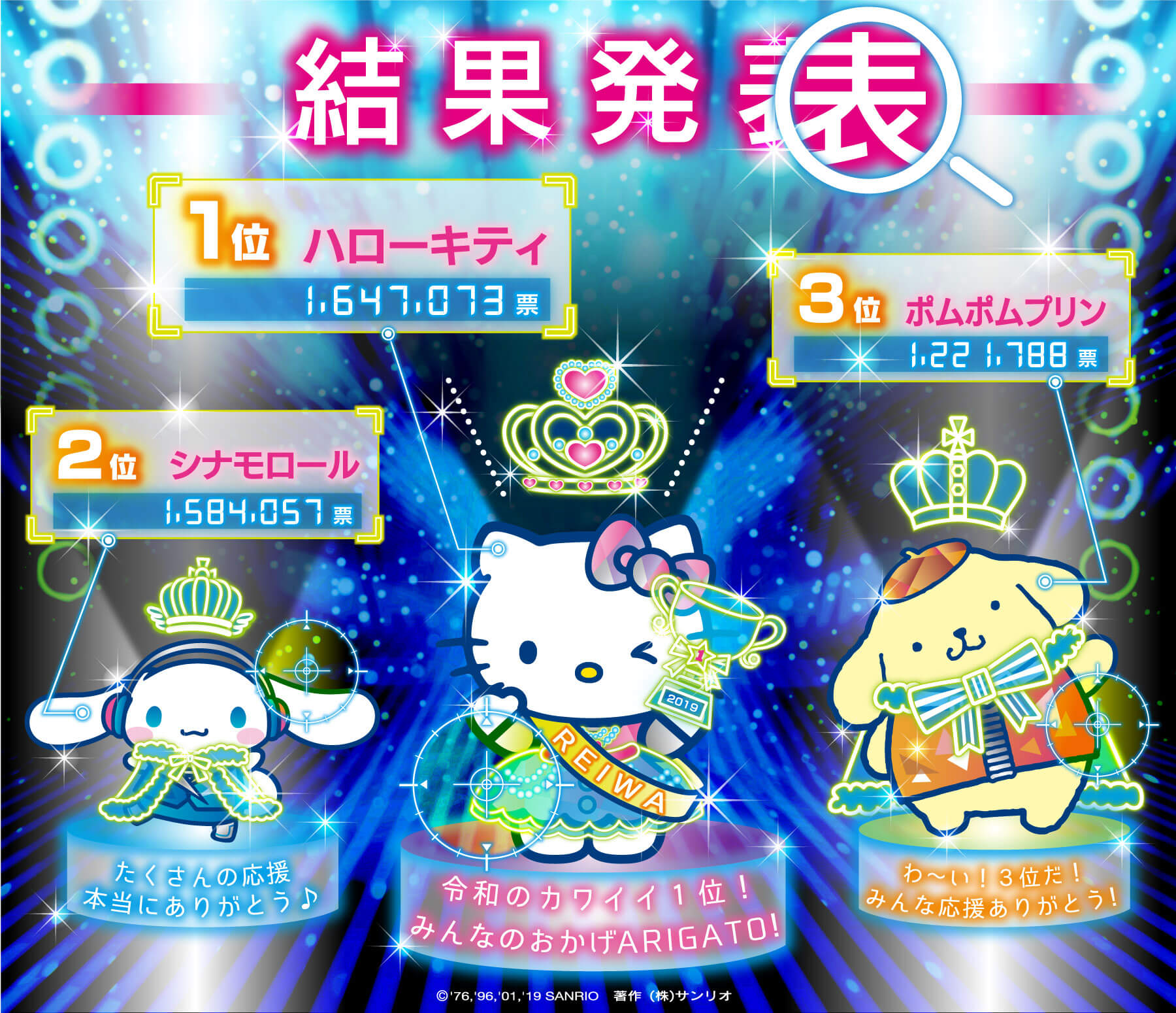 Hello Kitty, with 1,647,073 votes! Not only does she take home the top award, it’s also her 45th anniversary and the first win of Japan’s Reiwa era. Cinnamoroll came in a close second at 1,584,057 votes. I saw some fans with tears in their eyes as a result of this heated battle.

At the end, the characters lined up in a big row and celebrated their rank by holding up a card. 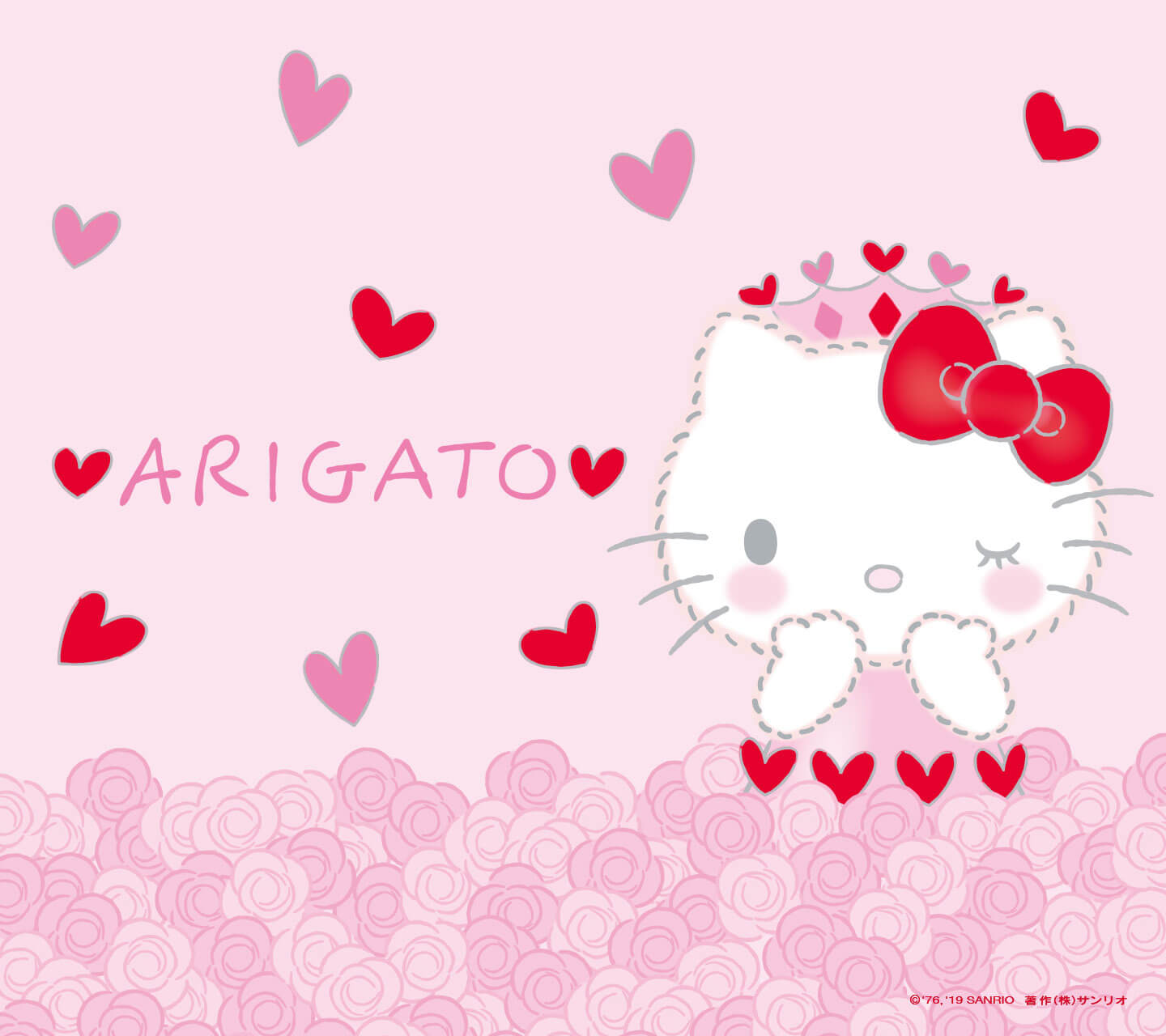 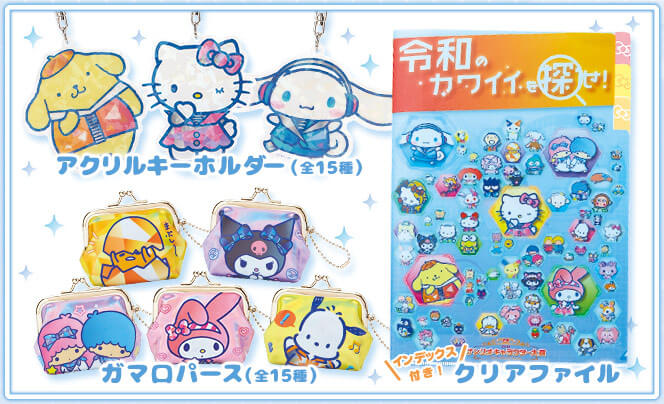 To celebrate her win, it was announced that Hello Kitty will hit up Sanrio stores across Japan to show her gratitude. Exclusive merchandise will also be available for purchase to thank fans for their support. Full details can be found on Sanrio’s official website.