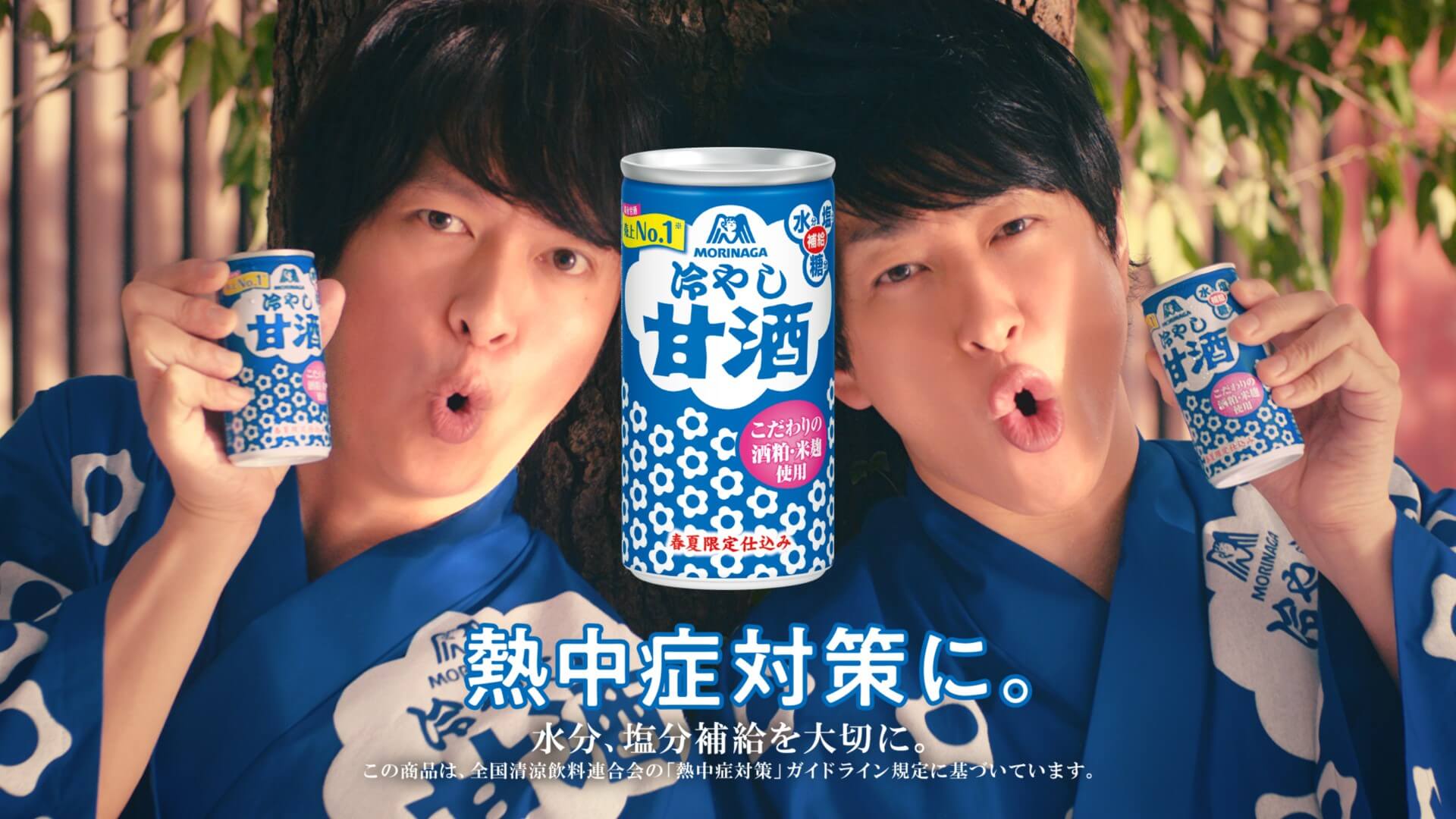 Hiyashi Amazake is made using a blend of carefully selected sake lees produced when making sake, malted rice, and Hakata salt. This drink will provide you with a refreshing aftertaste to keep you cool during the hot summer. To share the news of this wonderful drink with the rest of Japan, Ryuhei Maruyama and You Yokoyama from Japanese boyband Kanjani Eight will feature in the brand’s new advert as promotional characters. Watch the two idols as they muster up all their passion to sing a song about their undying love for Hiyashi Amazake whilst dressed in Hiyashi Amazake-themed Yutaka, leaning against the trees.

You just have to hear the intense rap, too. The boys manage to sing it all the way through to the end without breaking their serious face into fits of laughter.

Next » Music video of the love song, “Right Now,”written by V6 member, Shimizu Shota, has been released

Broadcasting Regions: To be broadcasted all over Japan

※ After 10 pm on June 24, you can watch the commercial on Morinaga’s Brand Website.

Release Date: To be announced

Release Region: All over Japan