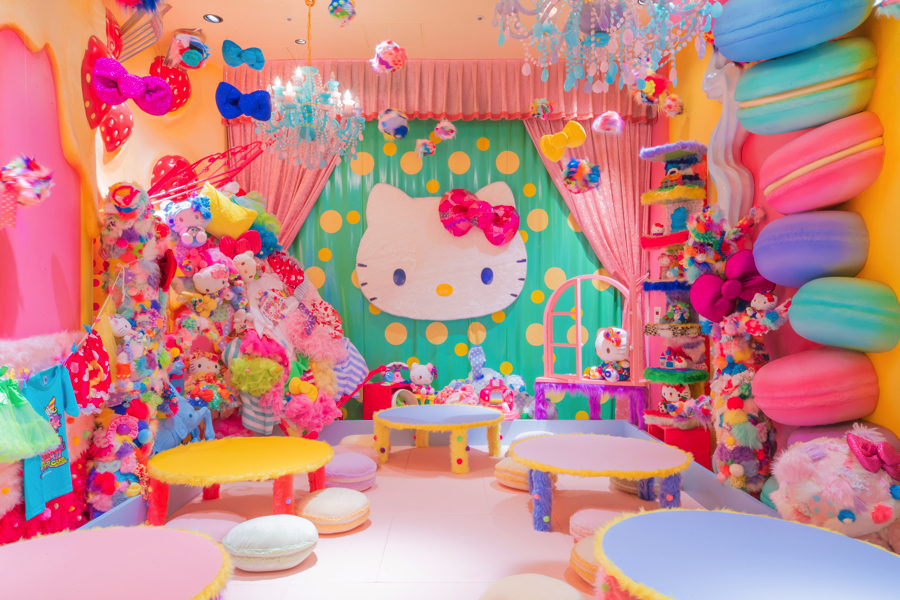 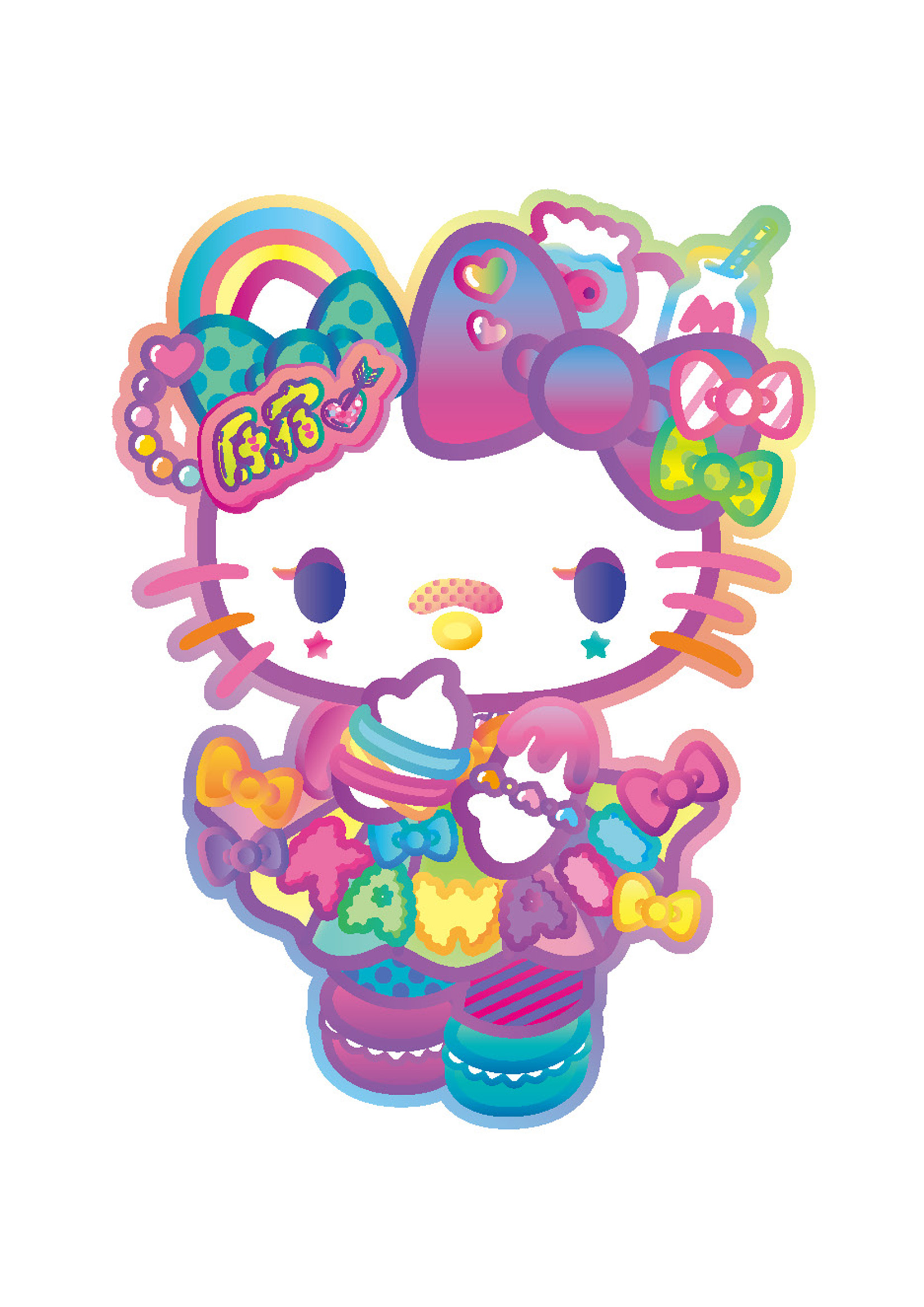 For the collaboration, Hello Kitty has transformed her look, turning into a kawaii Harajuku girl. 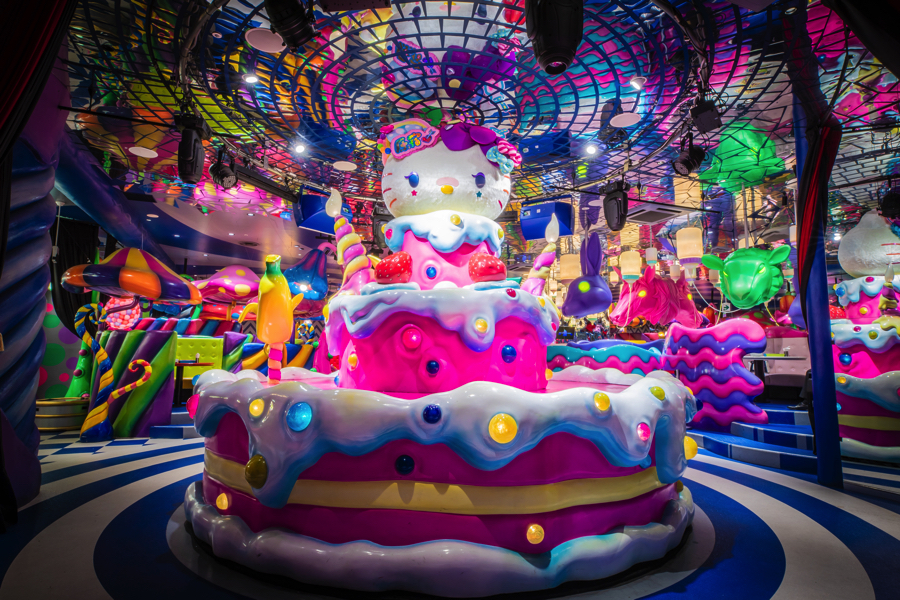 Once you enter the café, you will immediately notice the giant cake-shaped merry-go-round called the SWEETS GO ROUND. This time, you will notice that Hello Kitty’s head garnishes the top of the cake.

Make your way through the cafe and you will eventually come across the Mel-Tea Hello Kitty Room, which is a special room that must be reserved in order to experience. On pink tatami flooring sits multiple low tea tables, representing the traditional culture of Japan in a colouful pop style. Foreigners would  just love to spend some time in this room. Looking around the room, the macarons and strawberries remain in their usual places. 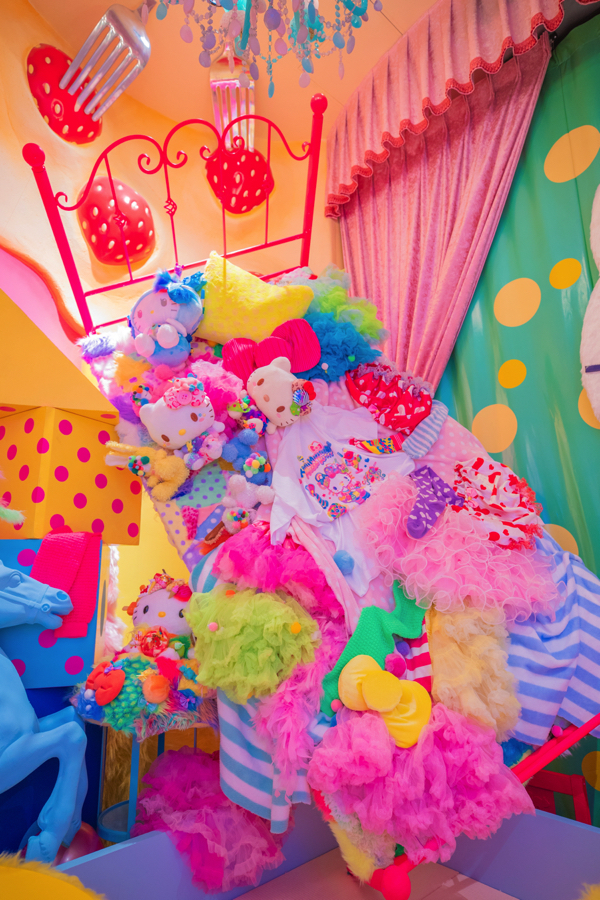 You will notice Hello Kitty’s ribbon and even many Hello Kitty stuffed toys also decorating the room. This entire new kawaii world locked in this room was created by Sebastian Masuda. Surrounded by a world of pastel colours and kawaii decorations, you just have to take photos. 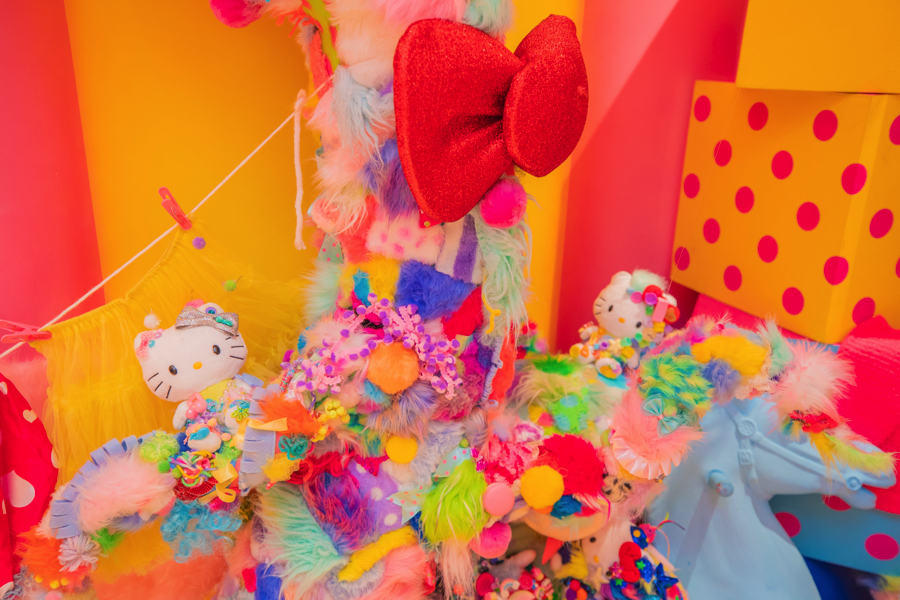 If you wish to book the Mel-Tea Hello Kitty Room, please talk to a member of staff.

This is a unique opportunity to taste only the most kawaii of menus as Hello Kitty teams up with the KAWAII MONSTER CAFÉ. Let’s check out the menu! 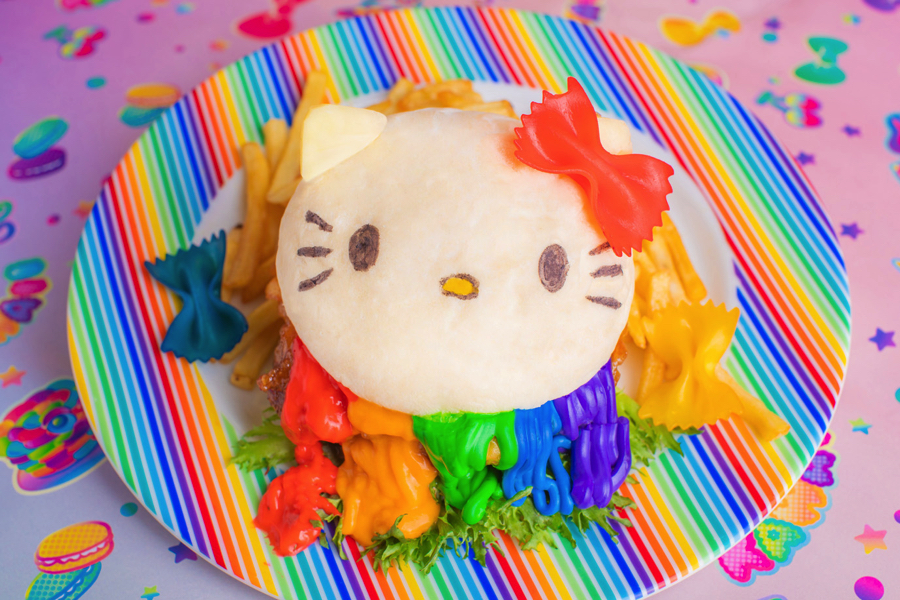 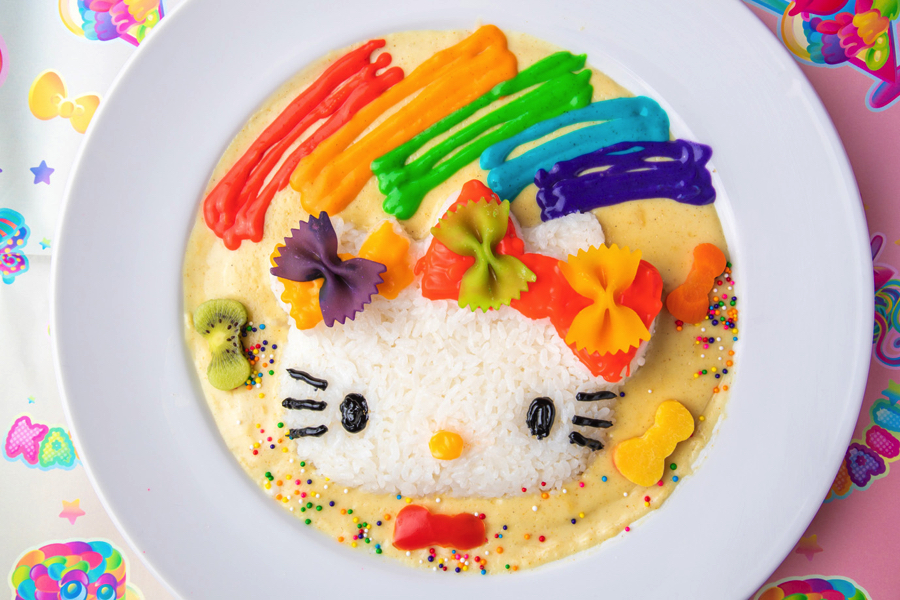 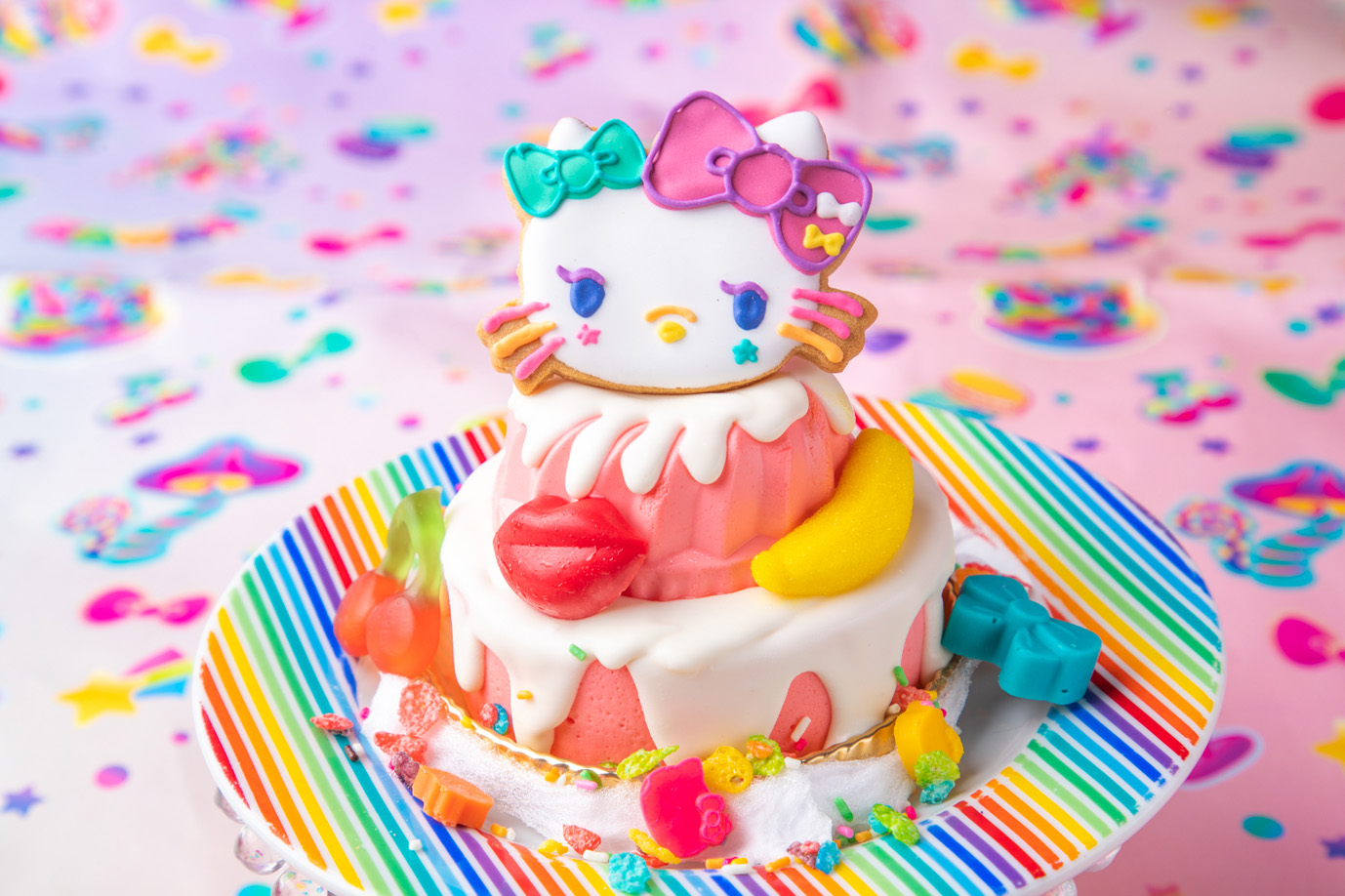 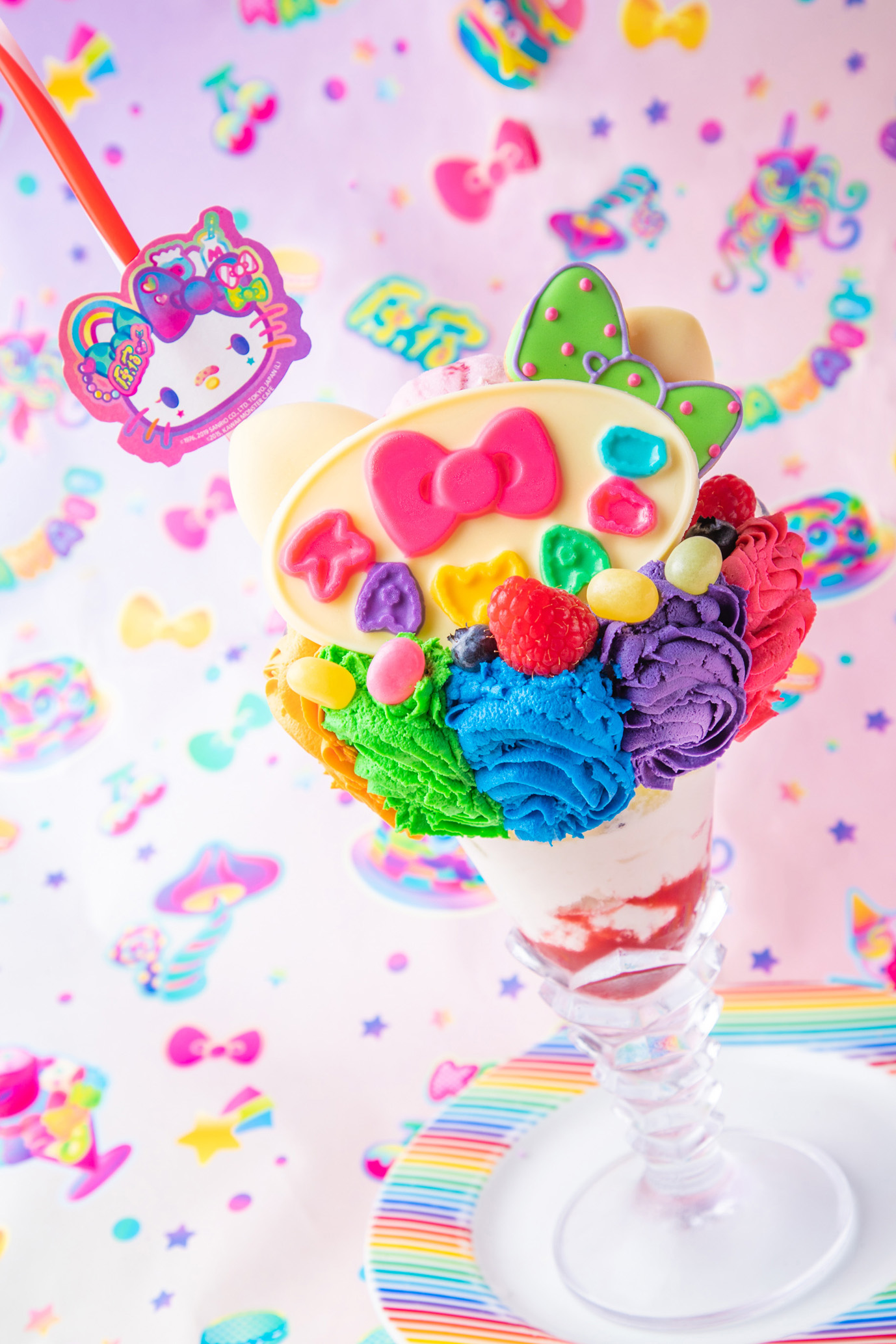 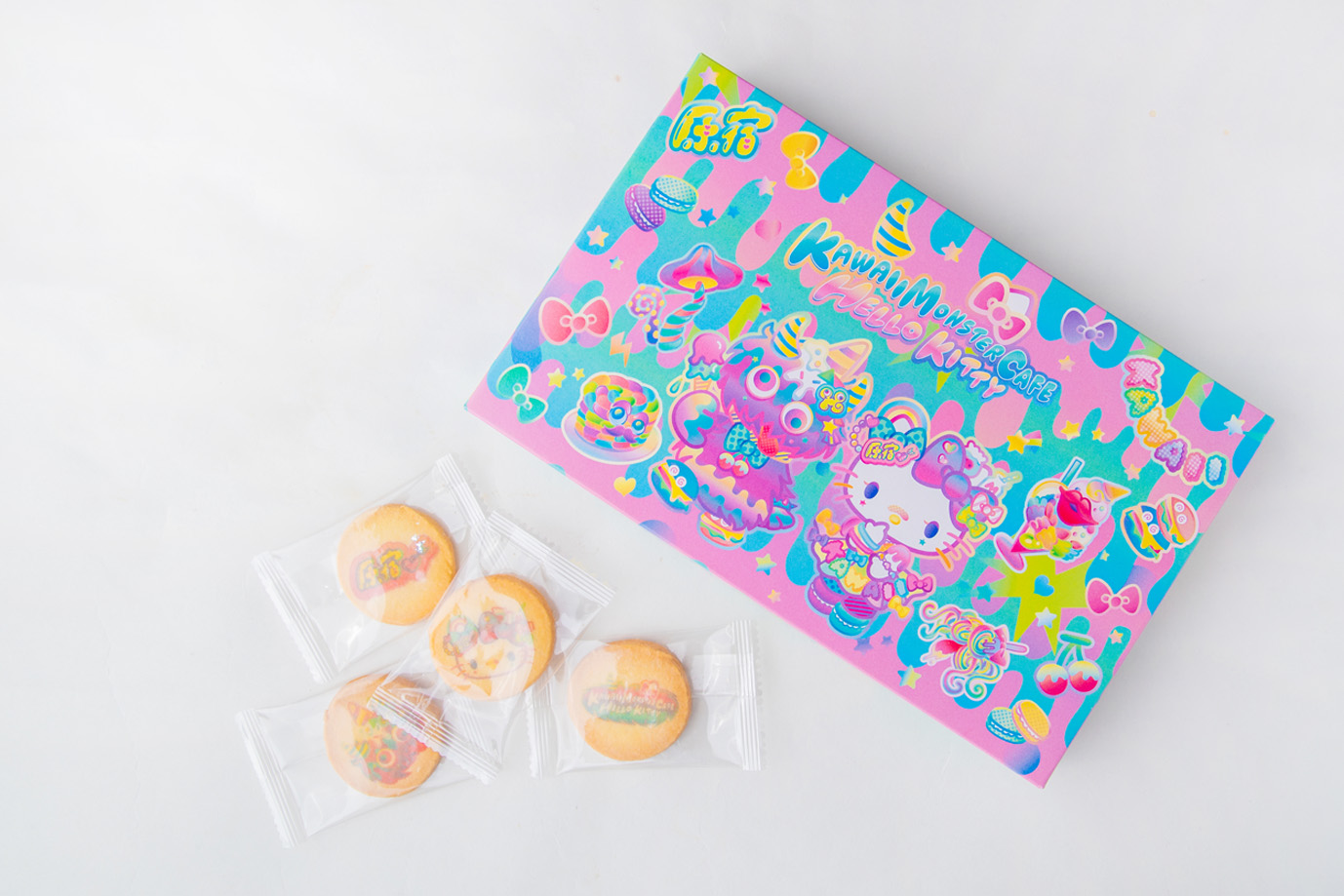 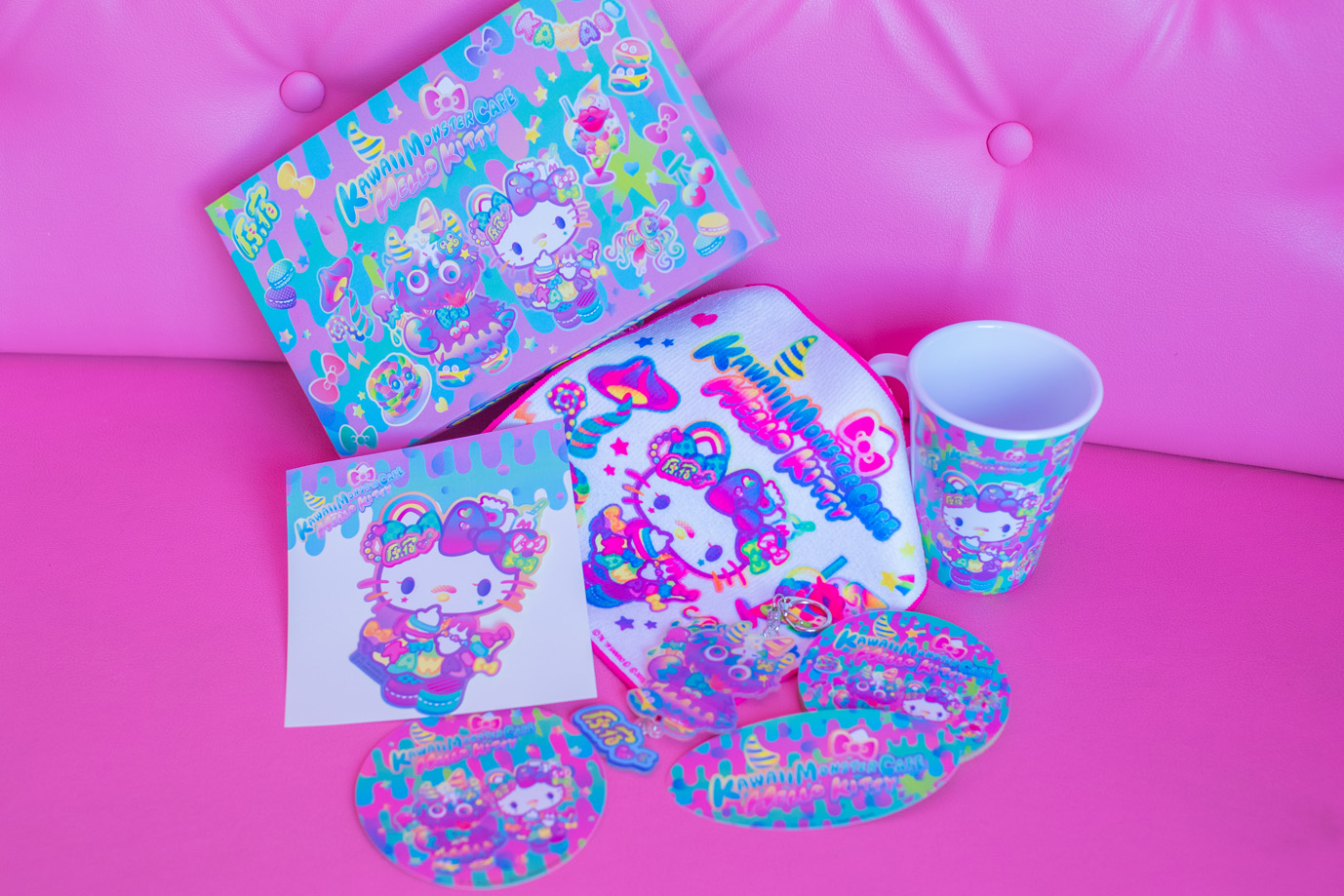 There are also many Harajuku-style Hello Kitty goods that you should check out. The biscuits and stickers would make the perfect souvenirs. 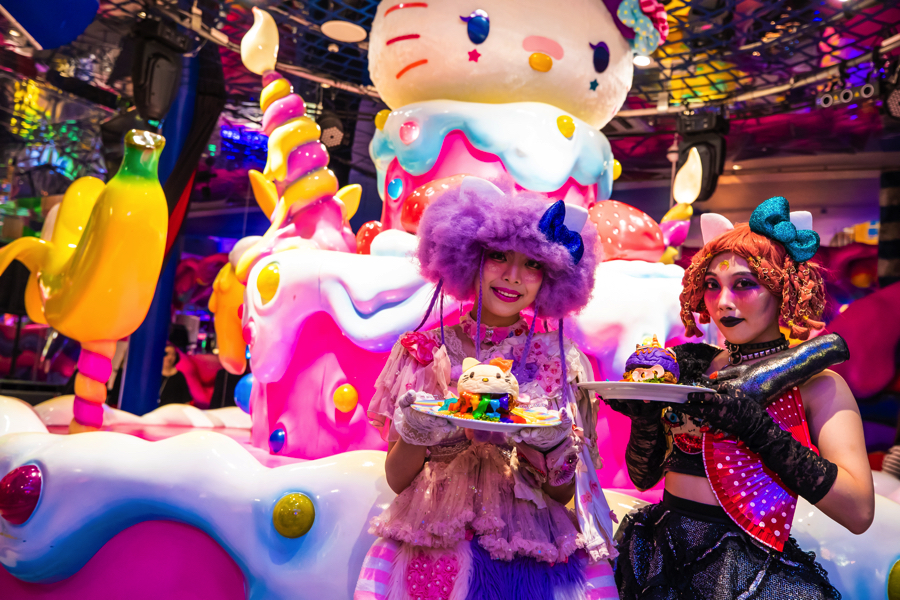 Not only has the food been given a Hello Kitty upgrade, but the MONSTER CAFÉ’s iconic Monster Girls have also transformed their look for the Hello Kitty collaboration. If you are a fan of Hello Kitty or kawaii culture, you absolutely must check this out.

If you ever find yourself in Harajuku, please consider stopping by the KAWAII MONSTER CAFÉ to witness the Hello Kitty collaboration project.