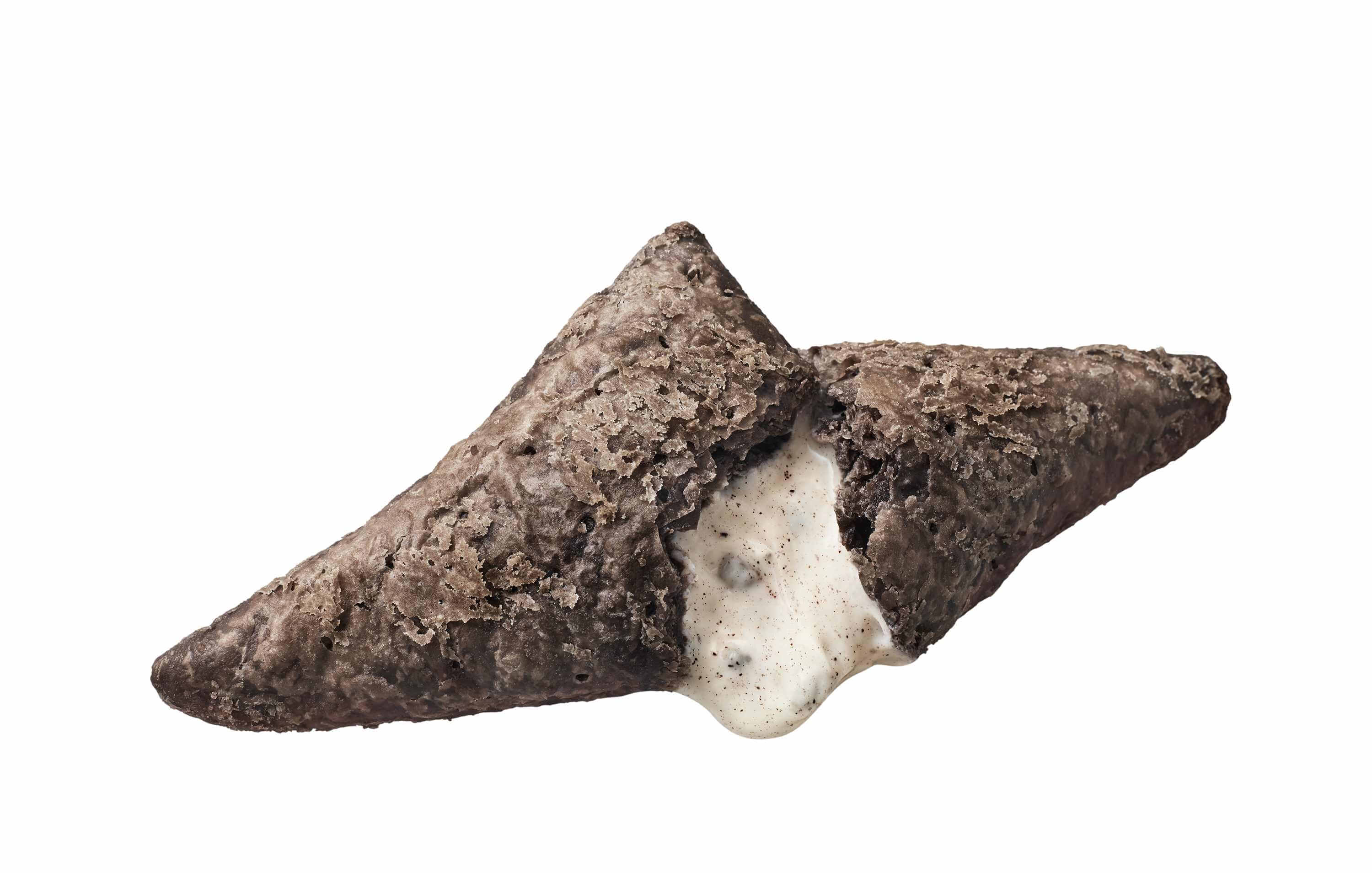 McDonald’s Japan’s deliciously-loved triangular chocolate pie is making a return this year in an all new cookie’s and cream flavour, in addition to the regular chocolate flavour, both of which will hit branches across Japan for a limited time from October 15. 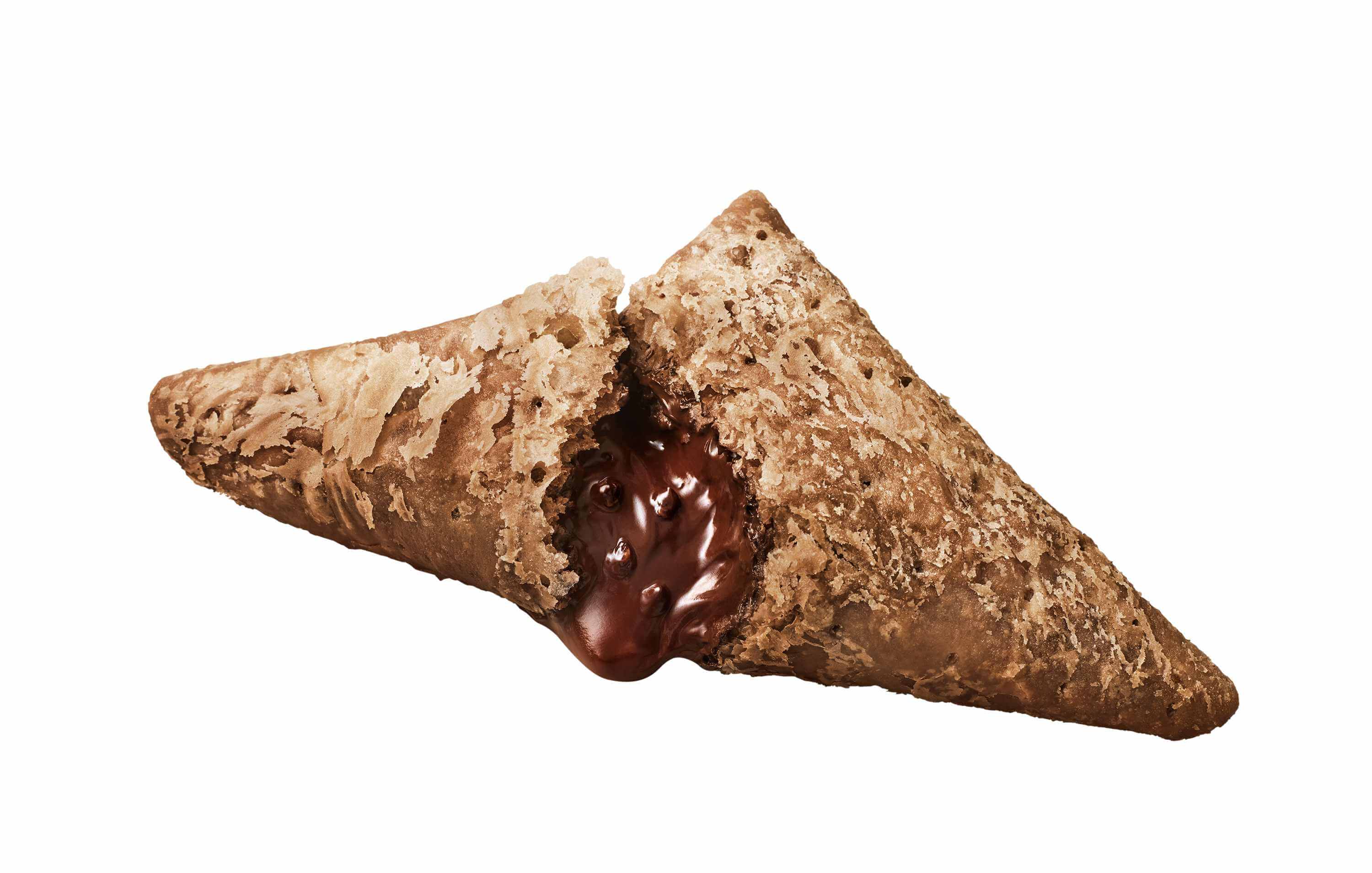 The chocolate pies have a crunchy exterior made up of layers and layers of delicious pastry. They’re filled with warm, melted chocolate to complete the tempting treat.

This year sees a tasty new entry to the chocolate pie series, one filled with a sweet-smelling vanilla cream containing smashed Oreo® cookies. This creates an enjoyable texture of the smooth cream and the crunchy pie. 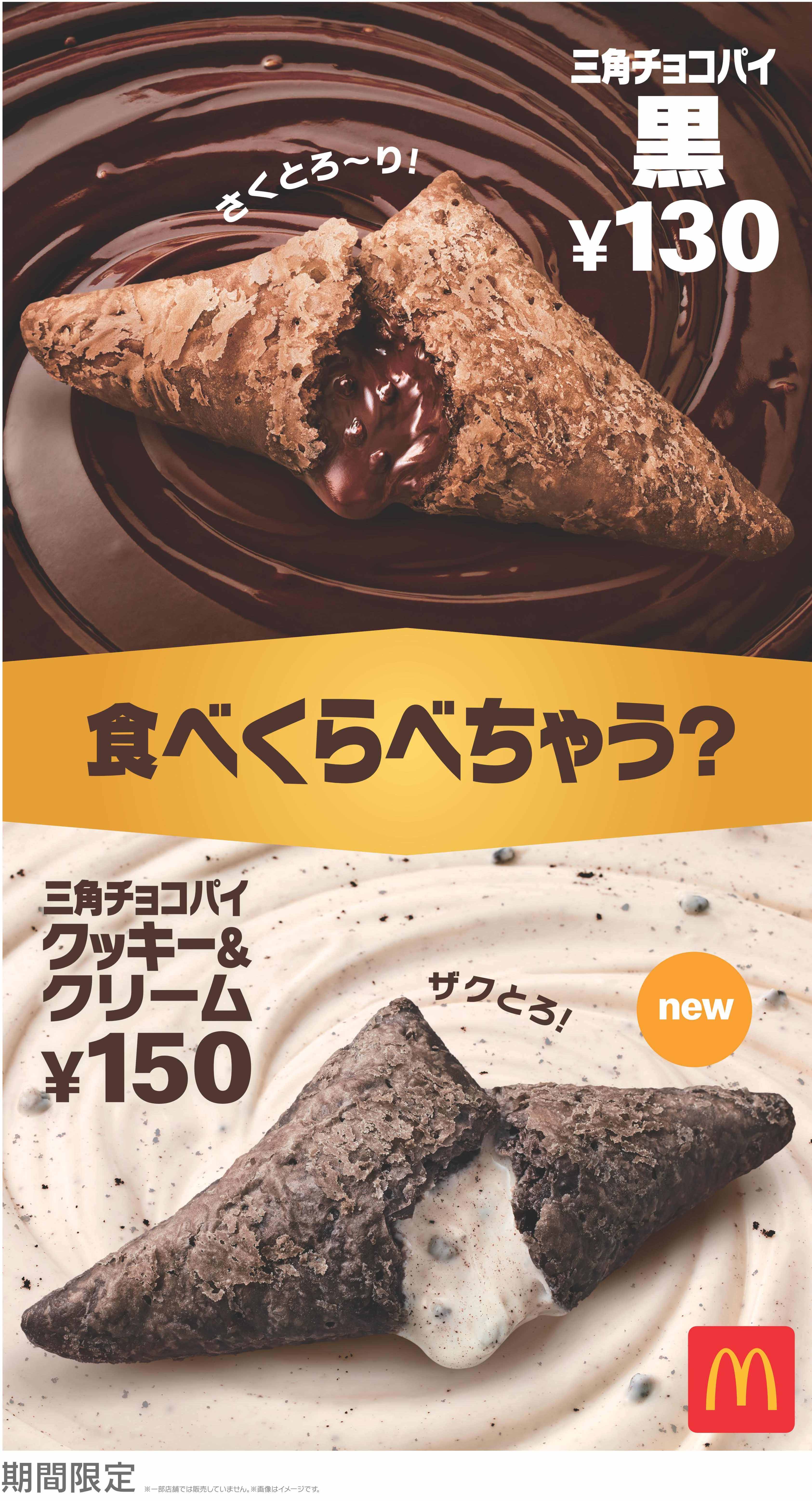 There is of course the hugely popular original flavour known as “Black” which contains almonds and sweet melted chocolate cream. Once you order your pie of choice you’ll be left wondering where to start eating from!

Each pie also comes served in their own special packaging, both of which are limited in stock.

Next » Top 6 Desserts Made With Luxurious Pink Ruby Chocolate

Available: At most McDonald’s branches around Japan

Available: At most McDonald’s branches around Japan