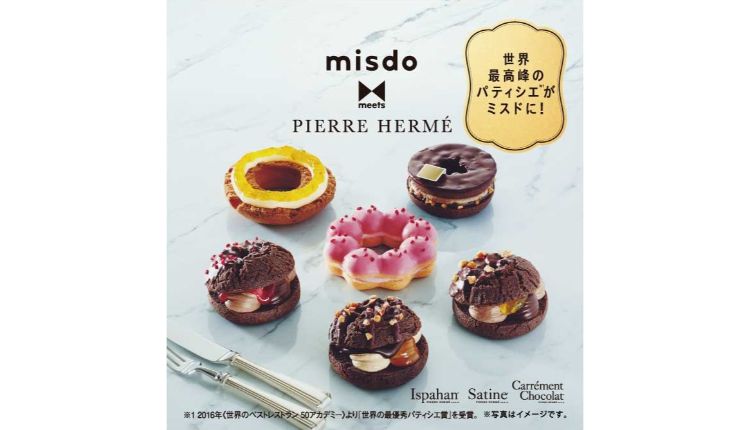 Mister Donuts will be releasing its first new doughnuts collection of 2020 called ‘misdo meets PIERRE HERMÉ Patisserie Donuts Collection’. The collection contains six new flavours and was launched on January 10, 2020. The delicious doughnuts are now being sold across Japan for a limited period.

Since 2017, Mister Donut has taken their commitment to their slogan “the happiness you want is coming right up” to the next level with their collaboration series ‘misdo meets’ which uses the highest quality of ingredients and skill. This year, they have teamed up with French pastry and chocolatier brand Pierre Hermé for their 10th collaboration brand of doughnuts, marking Mr Donut’s first ever collaboration with an overseas brand. 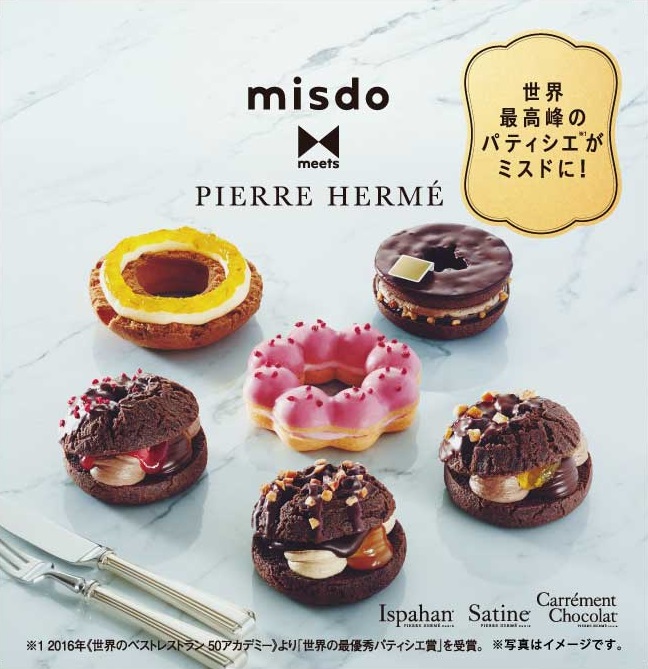 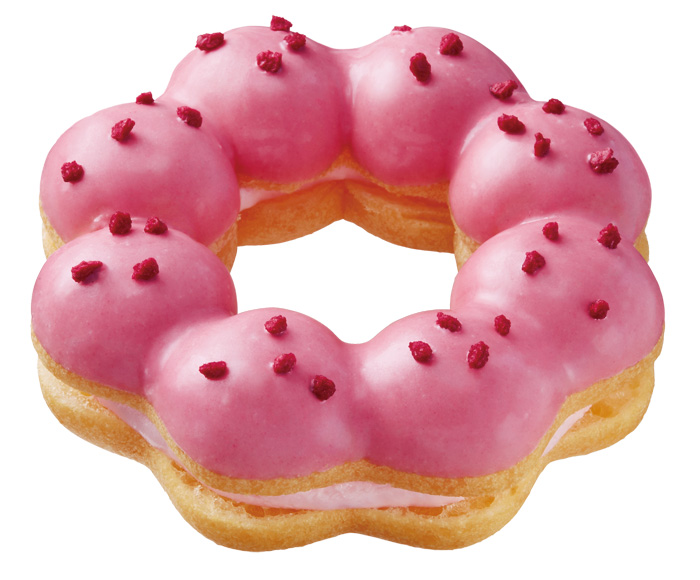 In the Pon de Ispahan, Rose, lychee and framboise flavours are combined in a unique harmony to create the same flavour as Pierre Hermé’s flagship product, the Ispahan. The ring-shaped framboise chocolate doughnut is decorated with framboise granules and filled with rose and lychee cream. *Rose and lychee flavouring is used. 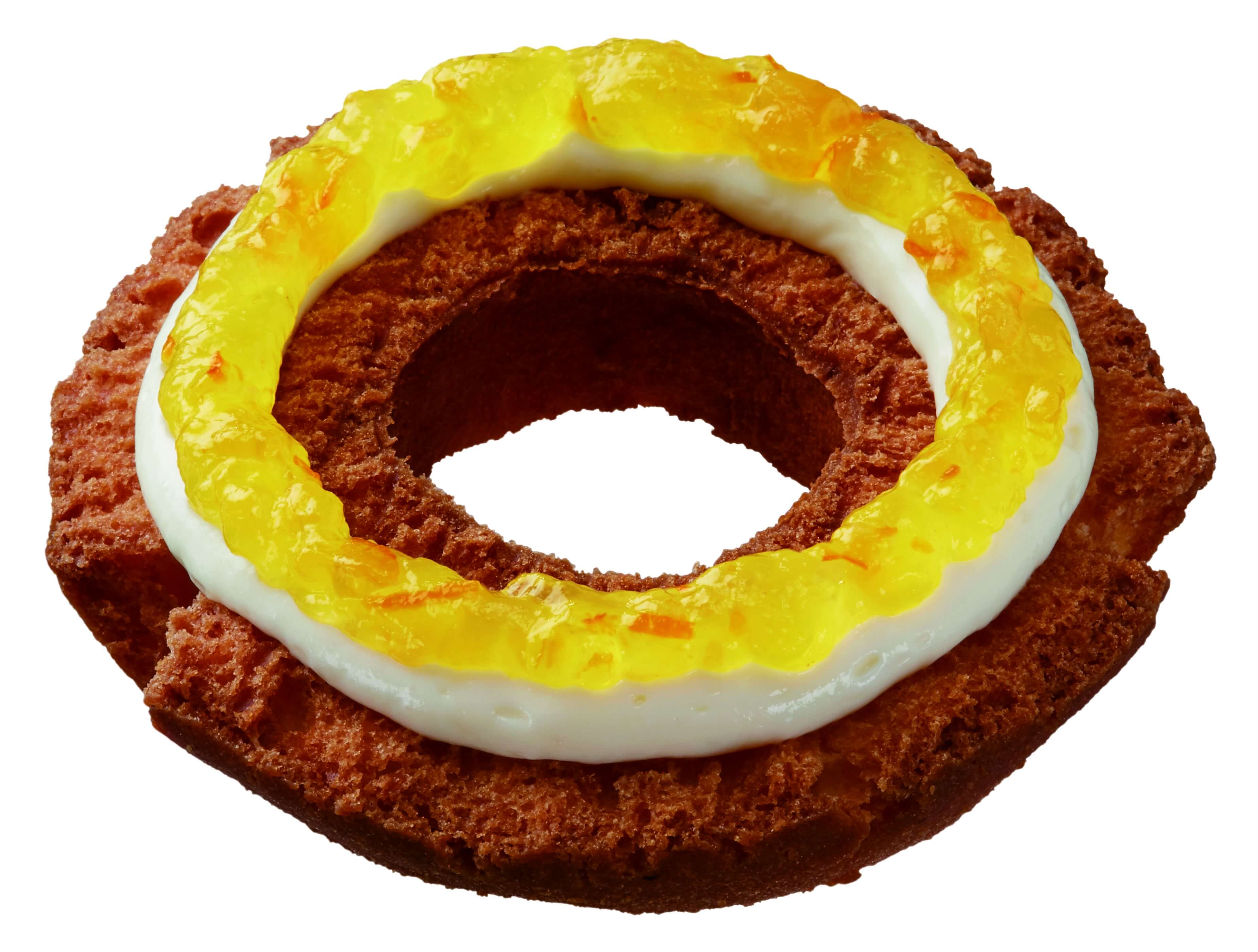 Pierre Hermé’s signature Satine Cheesecake is transformed into an old-fashioned doughnut and topped with cream cheese that is as soft as mousse, and a tangy orange and passion fruit jam to create the Satine Fashion. 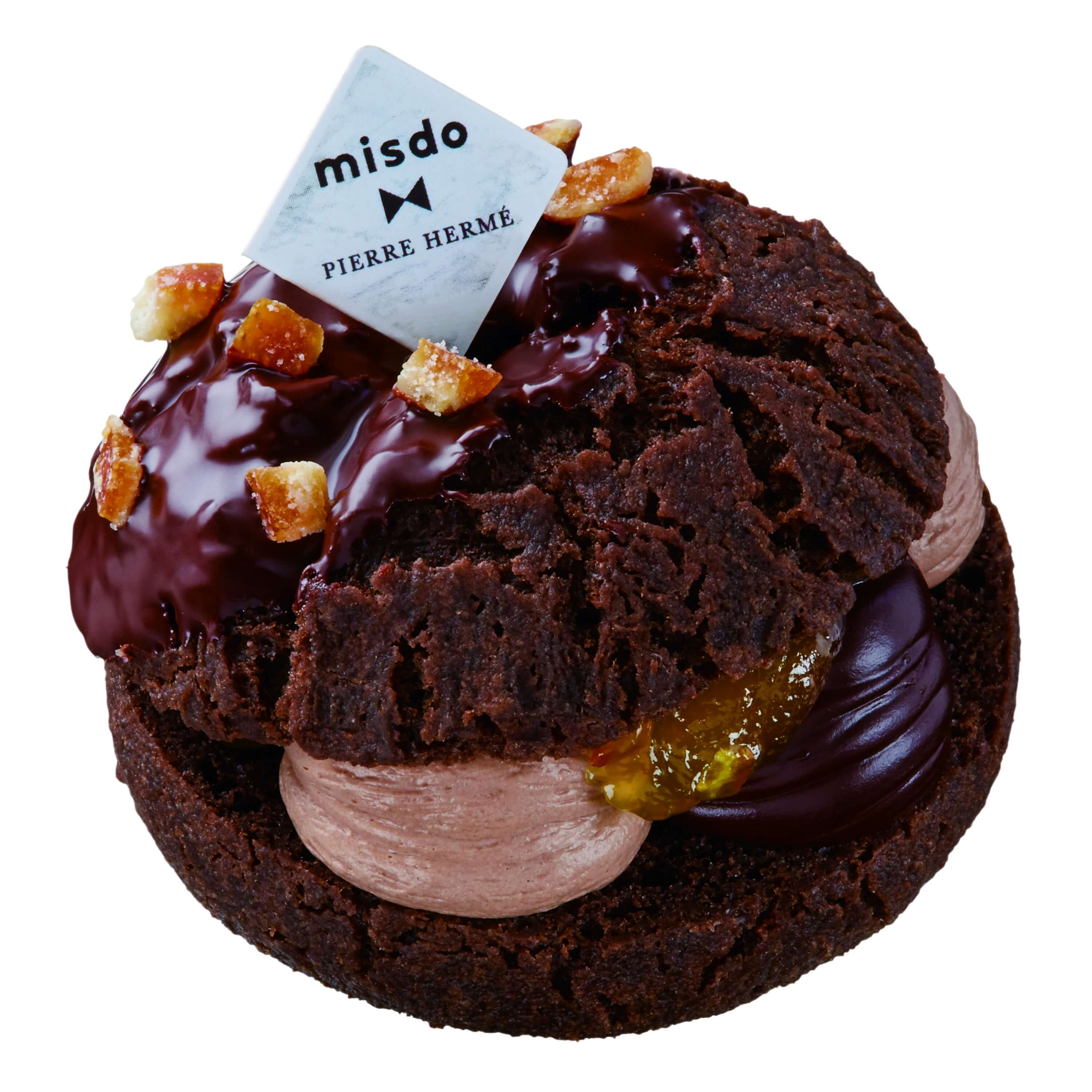 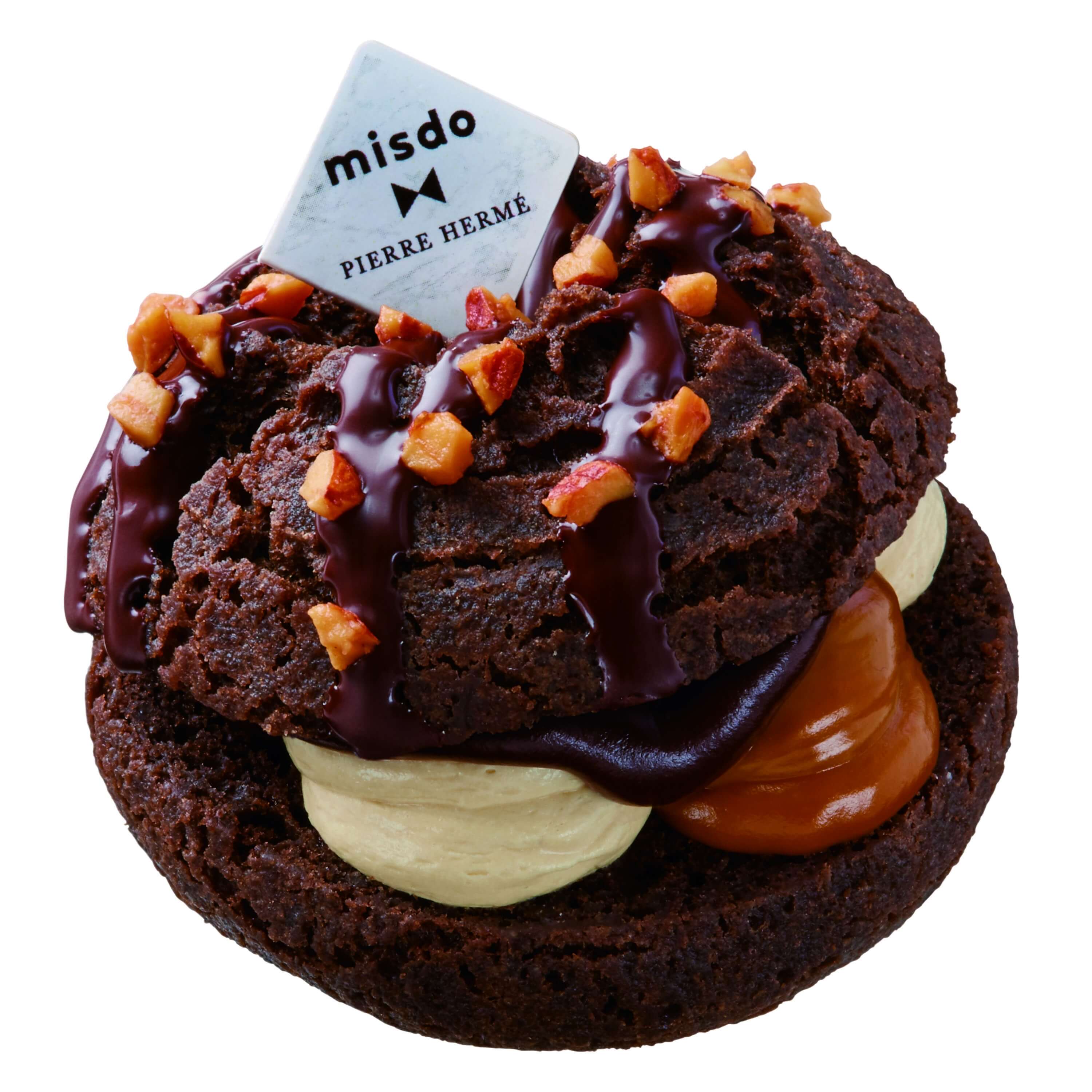 The Plénitude is also based on a financier almond cake and is made using Pierre Hermé’s Chocolat-flavoured Plénitude. The doughnut contains salted caramel cream, salted caramel whipped cream and ganache cream. Finally, it is sprinkled with delicious chocolate and candied almonds.

With Valentine’s Day fast approaching, these luxurious doughnuts are the perfect treat to share with that special someone. This is also the perfect opportunity to try one of Pierre Hermé’s delicious original flavours in a doughnut.