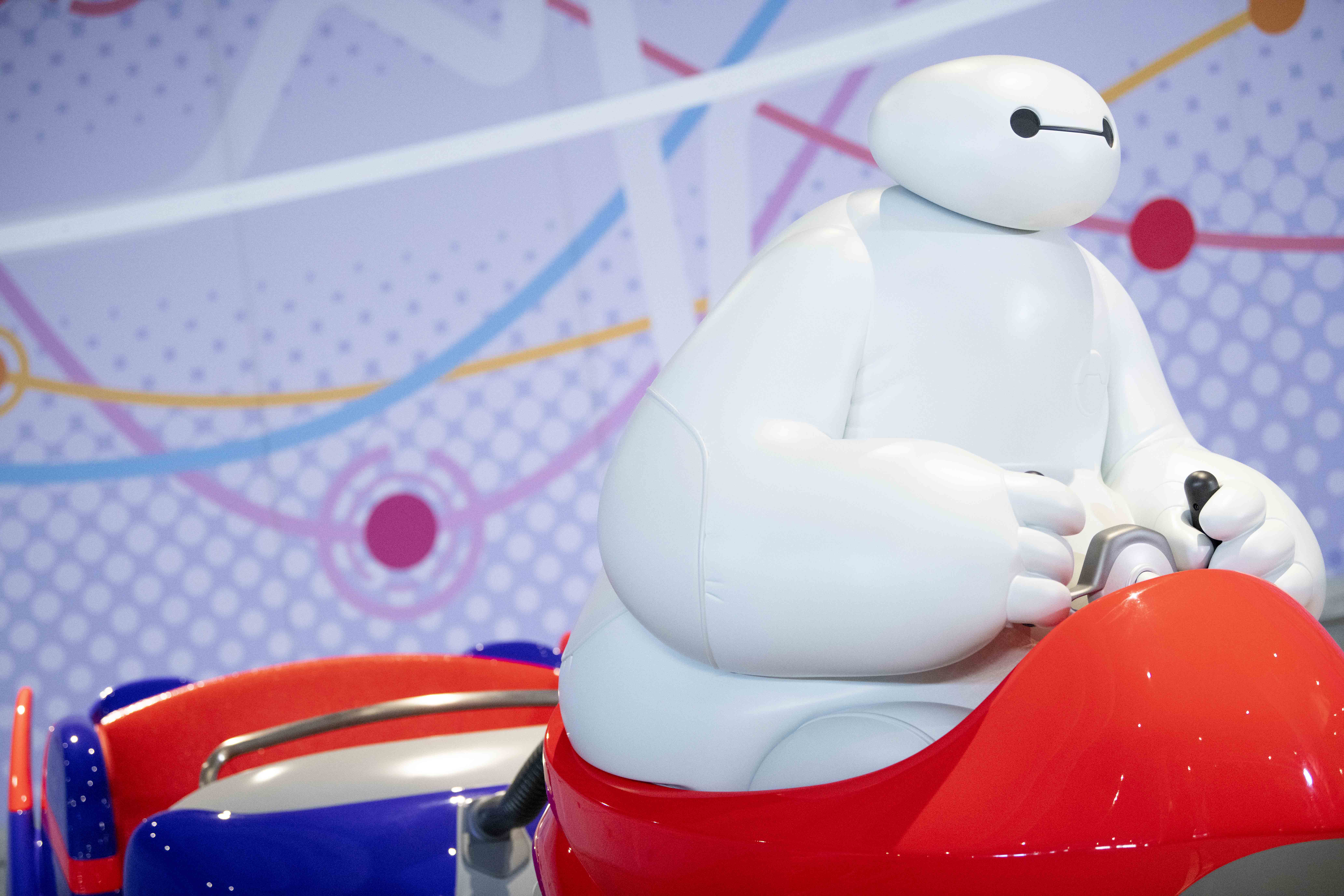 On April 15, 2020, Tokyo Disneyland’s largest renovation project will unleash its large number of new facilities and attractions to the public all in one go. On that day, Tomorrowland will be unveiling its new Big Hero 6 attraction ‘The Happy Ride with Baymax’. Tokyo Disneyland is the only Disneyland in the world to have one. The first ever images of the ride have been unveiled.

But hold on – is that Baymax is riding shotgun? The perfect form of our favourite white personal healthcare companion has been replicated 22 times. Each Baymax is committed to caring for each passenger’s health and happiness.

As the ride takes off, the 22 Baymaxes get to work, each steering a car unpredictably to send you on an unimaginably exciting journey. The upbeat music will add an extra layer of thrill to your adventure.  Leave yourself in the care of Baymax, who will steer you on an unforgettable and unpredictable ride which is sure to put a smile on your face.

If you’re a Big Hero 6 fan, you just have to check out the new Baymax-themed ride at Tokyo Disneyland.

* The image in this article is an illustration
©Disney