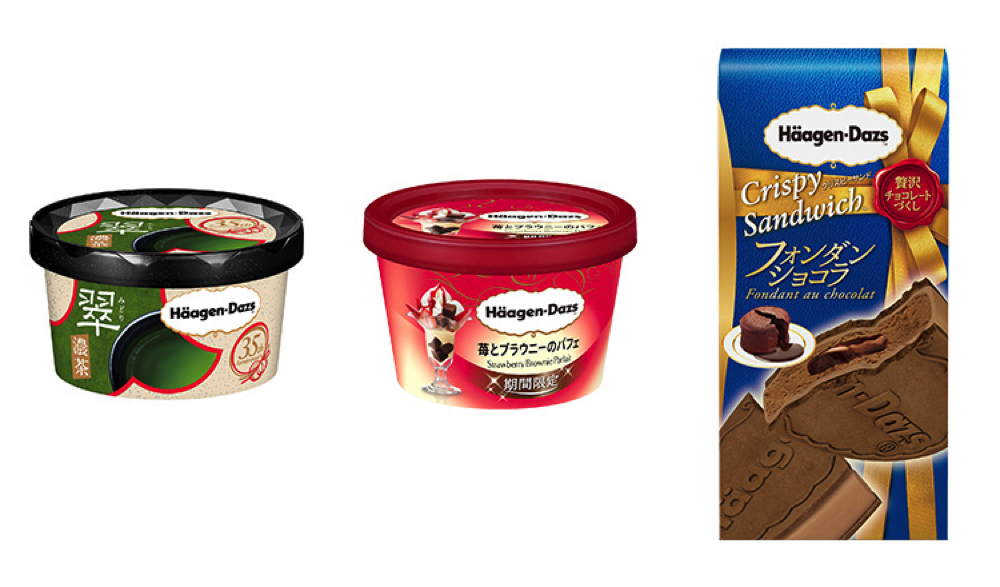 Häagen-Dazs held a vote with 300 male and female fans of the company to find out the most popular new products in Japan for the second half of 2019. 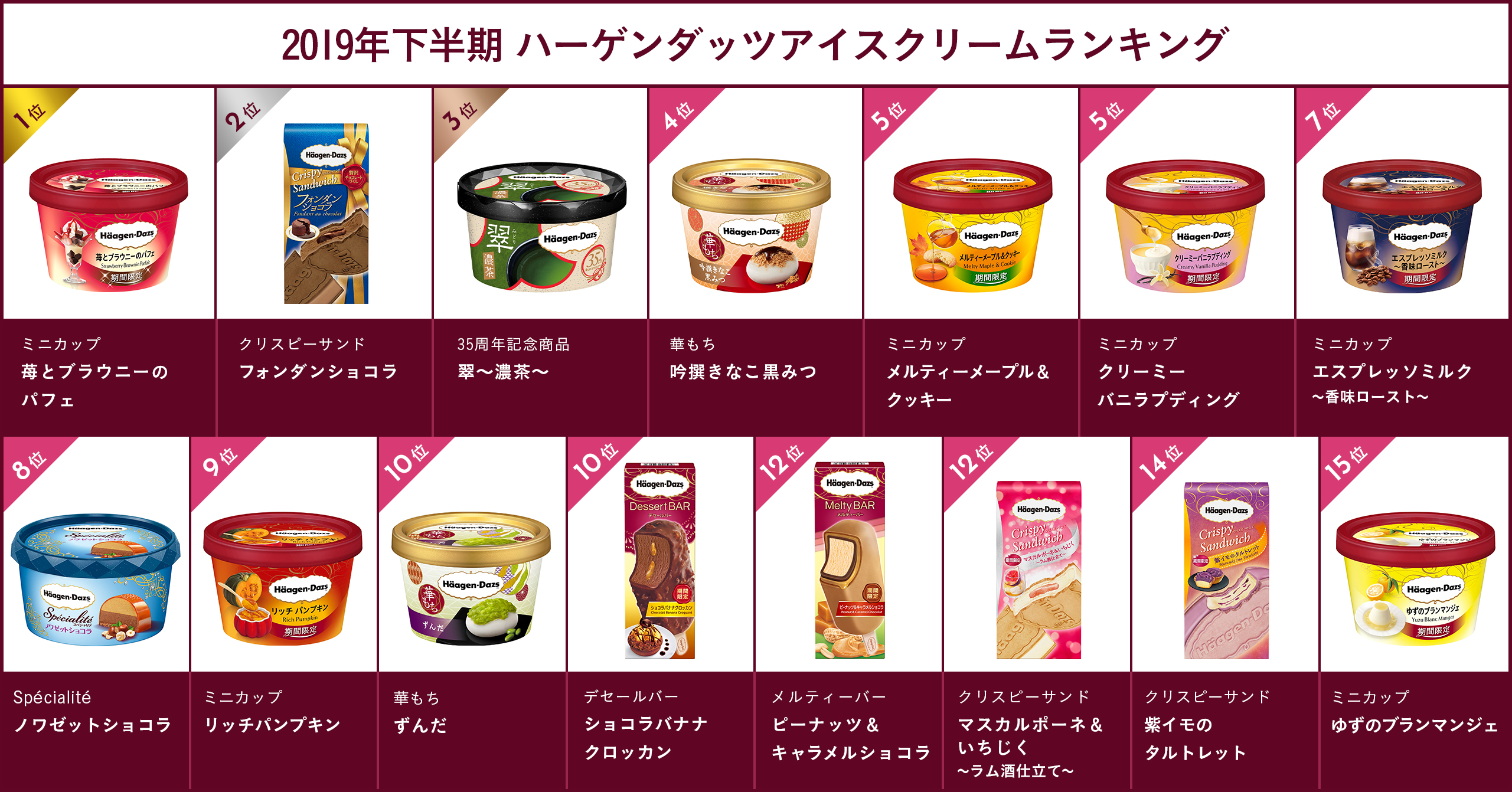 The people chosen to cast their votes were between the ages of 10-60 years and had to eat Häagen-Dazs more than once a month. When asked which flavour they would eat again, the “Strawberry Brownie Parfait” mini cup came in at No. 1 with 15.7% of the votes. In second place as the “Fondant au Chocolat” with 14.8%, and in third place the “Midori ~Koicha~” green tea flavour with 10.5%, which was released to celebrate the company’s 35th anniversary. 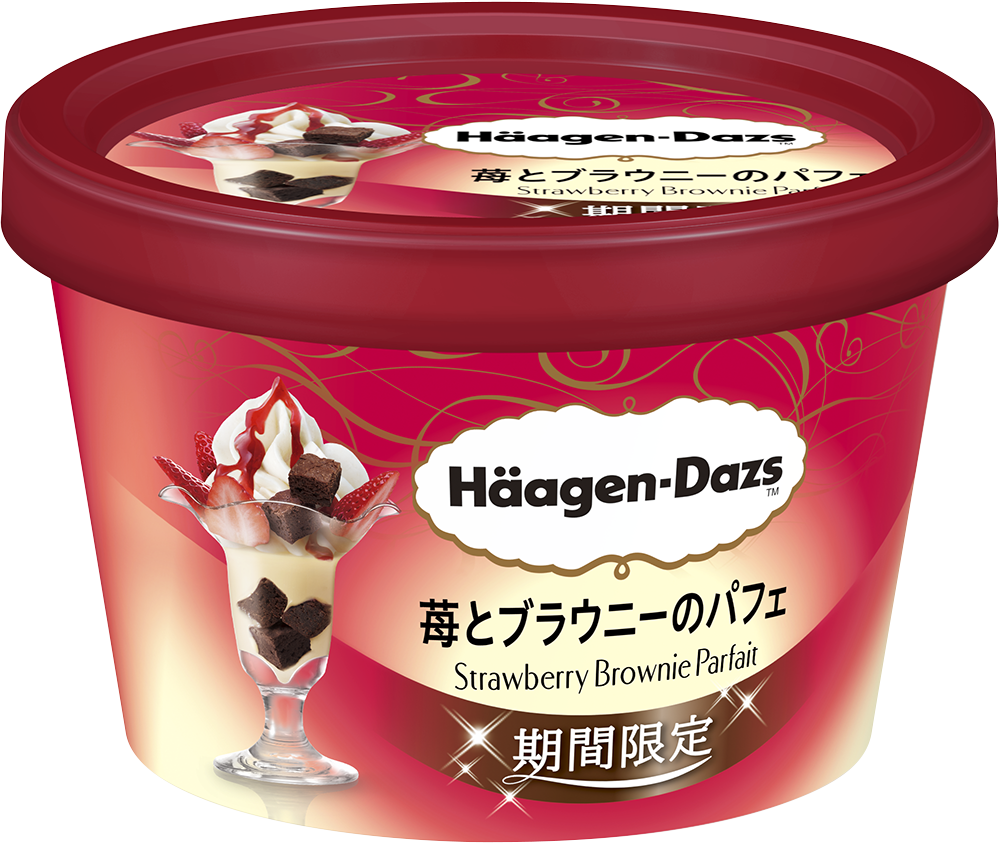 Crumbled chocolate brownie is lumped into the rich, full-bodied vanilla custard ice cream, which is glazed over the top with drizzles of sweet and sour strawberry sauce. The three flavours mix together deliciously to create a parfait-like cup dessert. 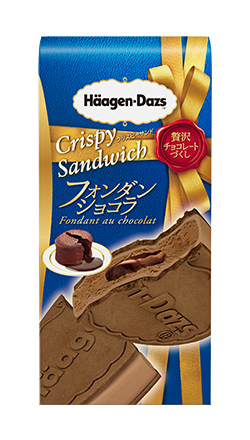 Inside the crunchy chocolate biscuit is a rich and bitter dark chocolate ice cream. Sealed away sumptuously inside of the ice cream is a smooth melted chocolate sauce. Enjoy a luxury chocolate fondant in the form of a crispy sandwich, which is served in a gift box packaging. 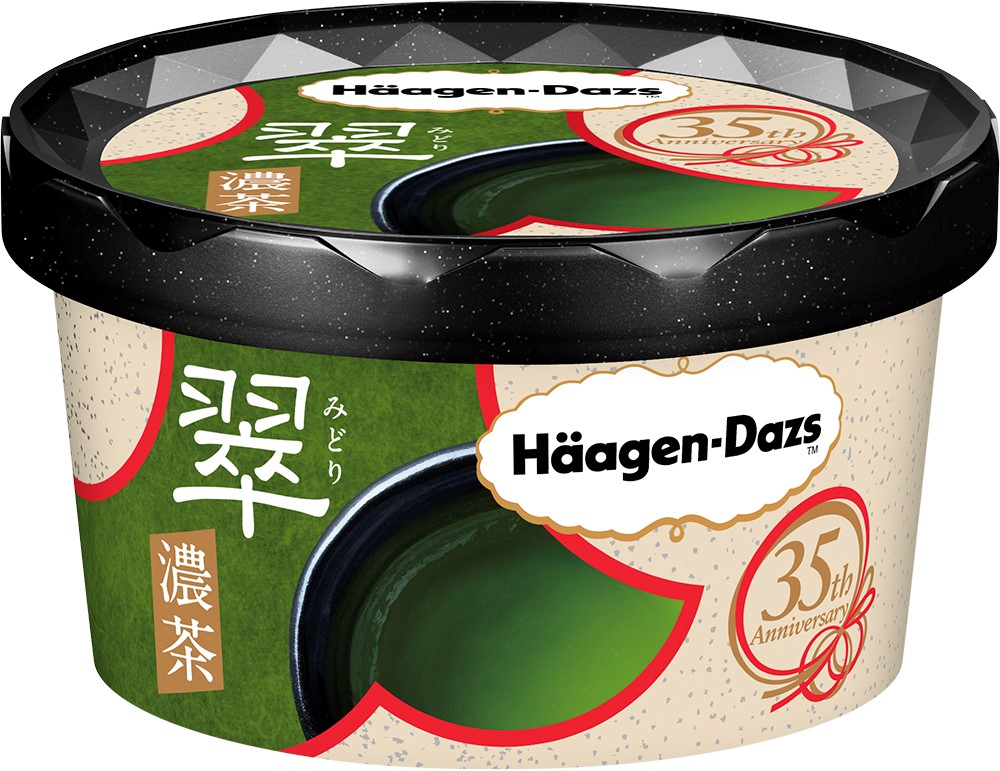 Finally, to commemorate Häagen-Dazs Japan’s 35th anniversary, they released this ice cream made from high quality tea leaves and full-bodied milk. The tea leaves in question are of the koicha variety, a rich green tea. These special leaves were cultivated and hand-picked specially for this release. 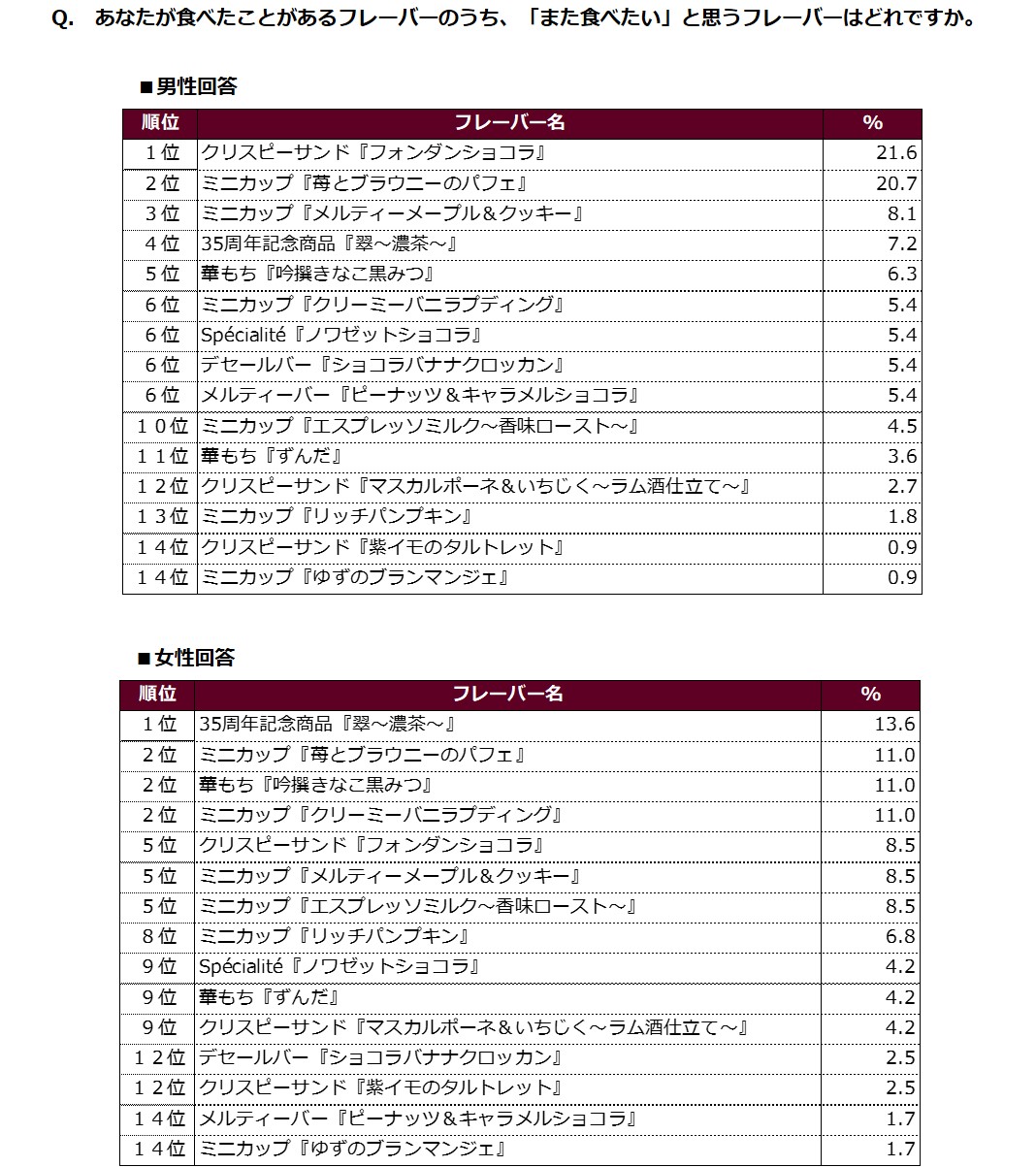