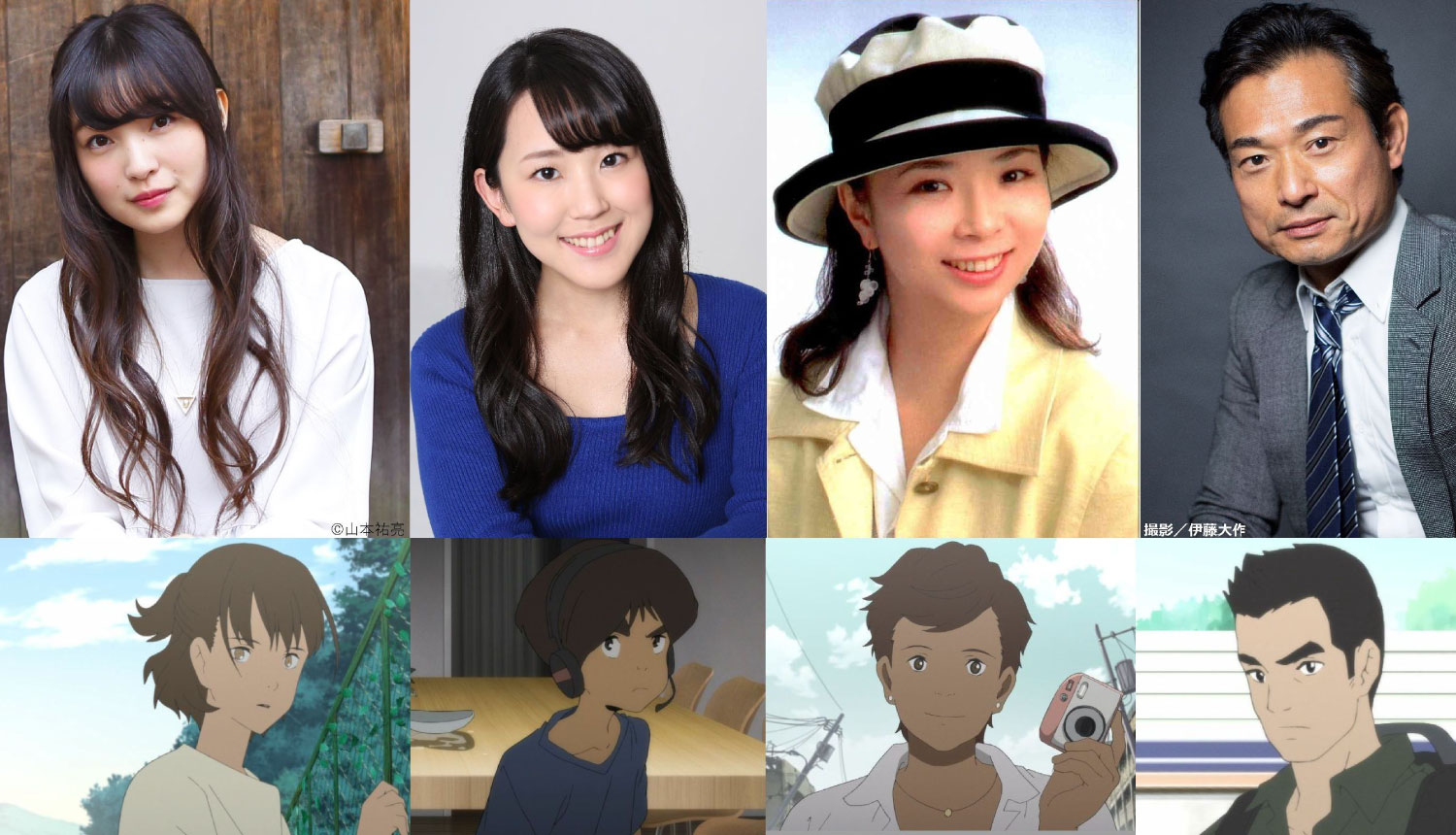 Netflix is set to release the first ever anime adaptation of Sakyo Komatsu’s best-selling 1973 disaster novel Japan Sinks sometime this year. The series is being directed by Masaaki Yuasa, who is known for his unique free-flowing animation style, having directed such internationally-lauded anime series like Devilman Crybaby, Ping-Pong: The Animation, and The Tatami Galaxy. Today, the voice cast for the main characters has been revealed.

The anime’s story takes place in Japan in the year 2020. In the original Japan Sinks, the story follows that the Japanese archipelago will sink into the sea after a series of earthquakes and volcanic eruptions. To date, film adaptations of the original Japan Sinks haven’t focused much on the individual stories of ordinary families, but Japan Sinks 2020 will do just that, painting a realistic picture of what would happen if such a disaster occured.

Reina Ueda (Demon Slayer: Kimetsu no Yaiba; Dr. Stone; SSSS.GRIDMAN) will voice the protagonist Ayumu, a 14-year-old girl set to compete in the Olympics. Tomo Muranaka (World Trigger; FLCL Progressive) will voice Go, Ayumu’s younger brother whose connection to the world is through online video games. Yūko Sasaki (Chibi Maruko-chan) will voice their mother Mari, a former swimming Olympian who always looks at the positives even in difficult situations. Masaki Terasoma (Detective Conan) will voice their father Koichiro, a smart and resolute man who you can depend on for anything. 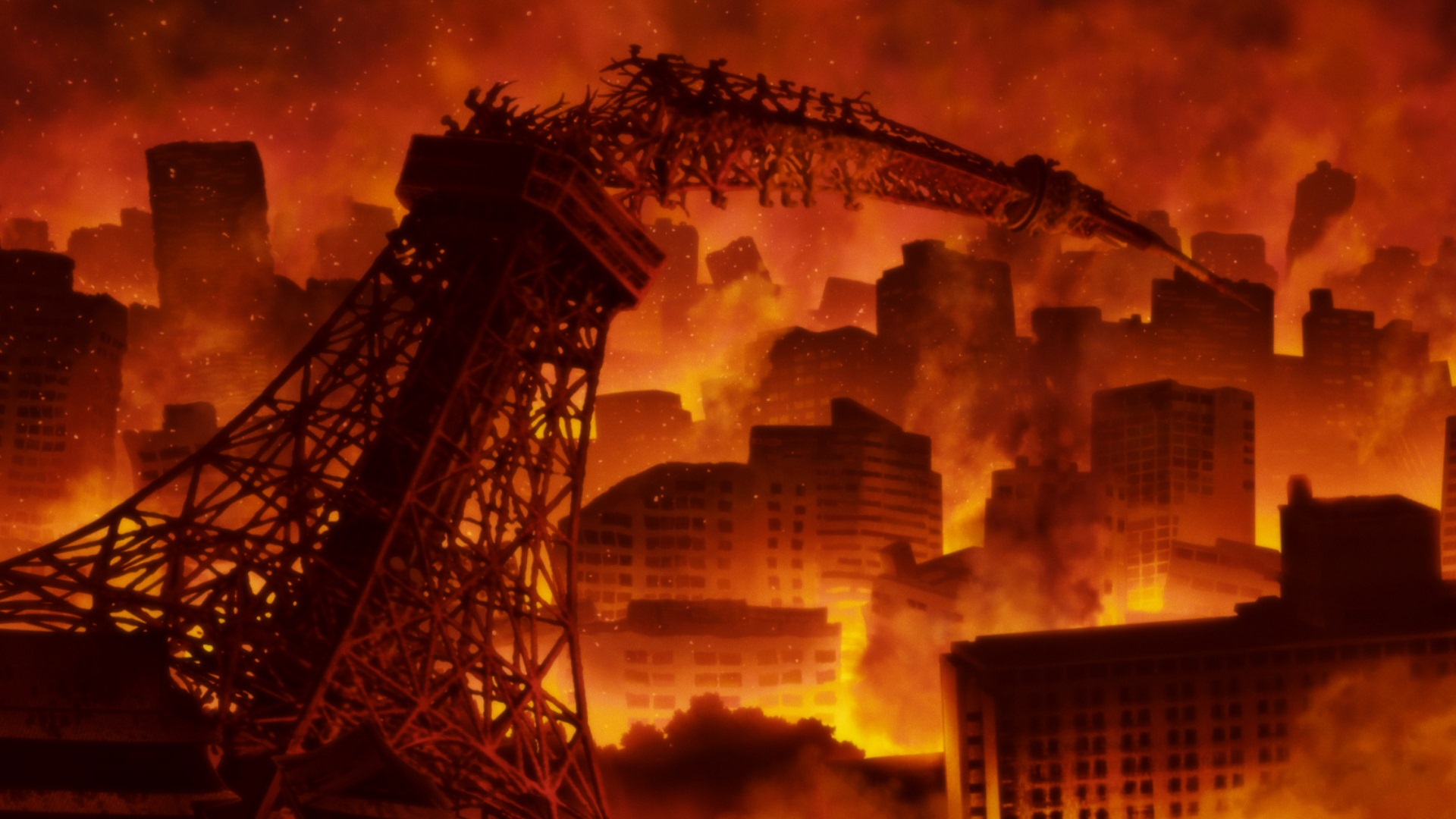 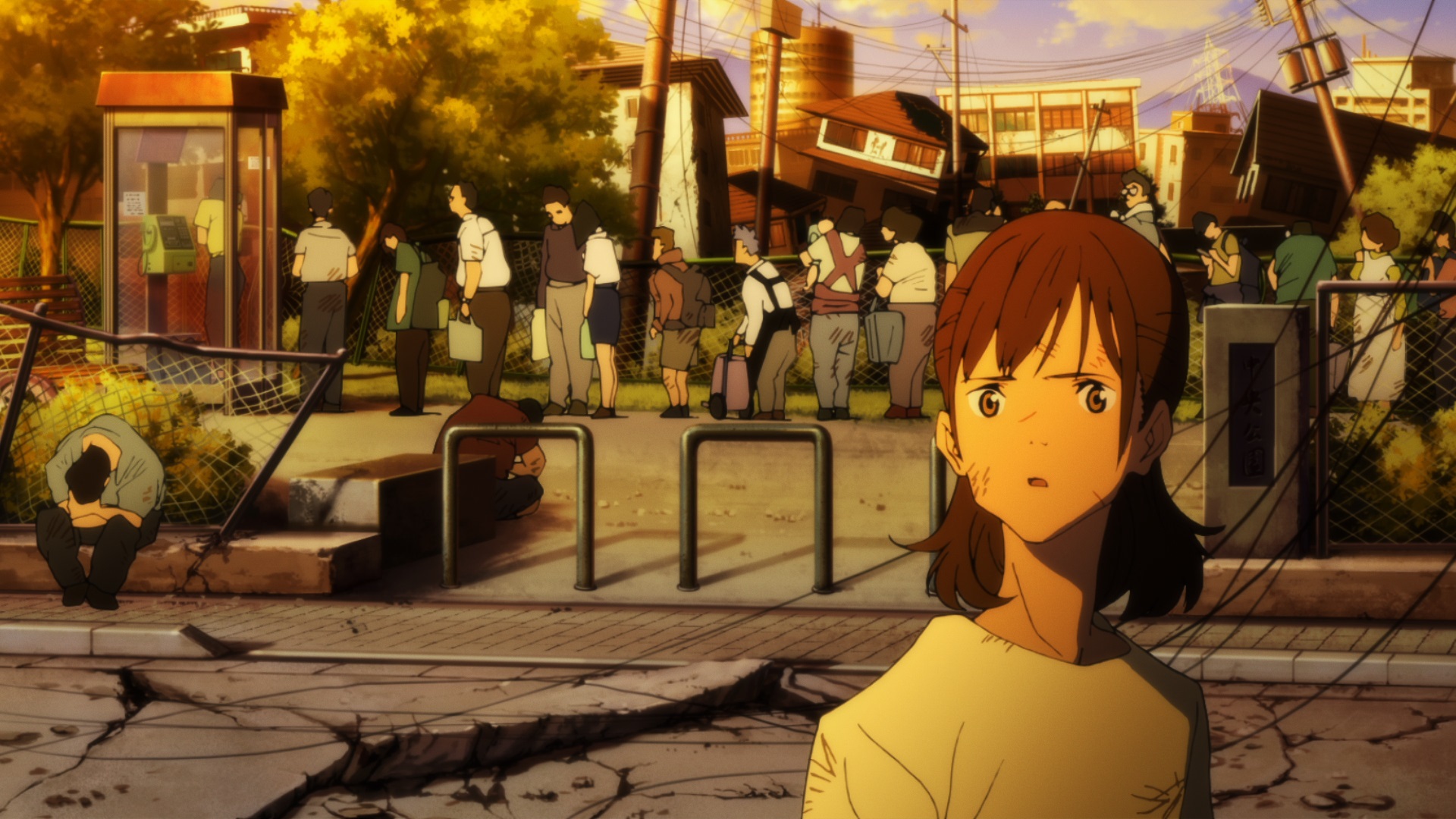 Screenshots from the series have also been released. We see a building that looks like Tokyo Tower swaying back and forth, the city wrapped in flames, and Ayumu’s anxious facial expression as she looks into the distance. It conveys the fear and tension of a Japan that has changed completely in an instant. 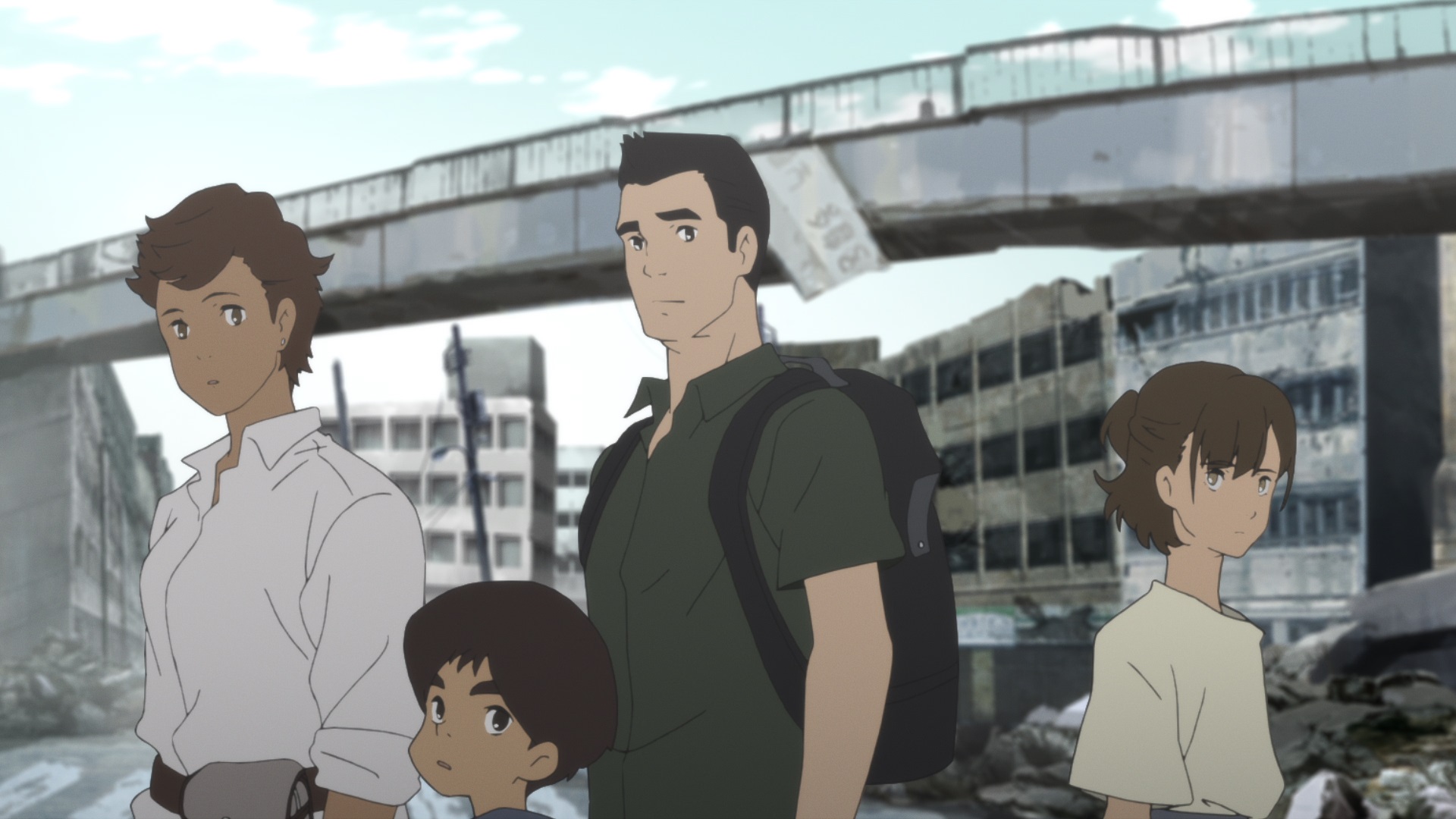 Unease is embedded in the gazes of this family of four, mixed with a desire to make it through to see the future. Japan is sinking, and whether they like it or not, those people who have been made to make the ultimate decision must face reality head on.

Masaaki Yuasa is a director who has made his name known the world over in the anime community. Japan Sink 2020 will be his second Netflix Originals anime series following the huge success of Devilman Crybaby. He is set to harness the limitless possibilities of animation, imbued with his unique style, to convey this dramatic story and its unprecedented natural disasterーsomething which cannot be done with live-action. 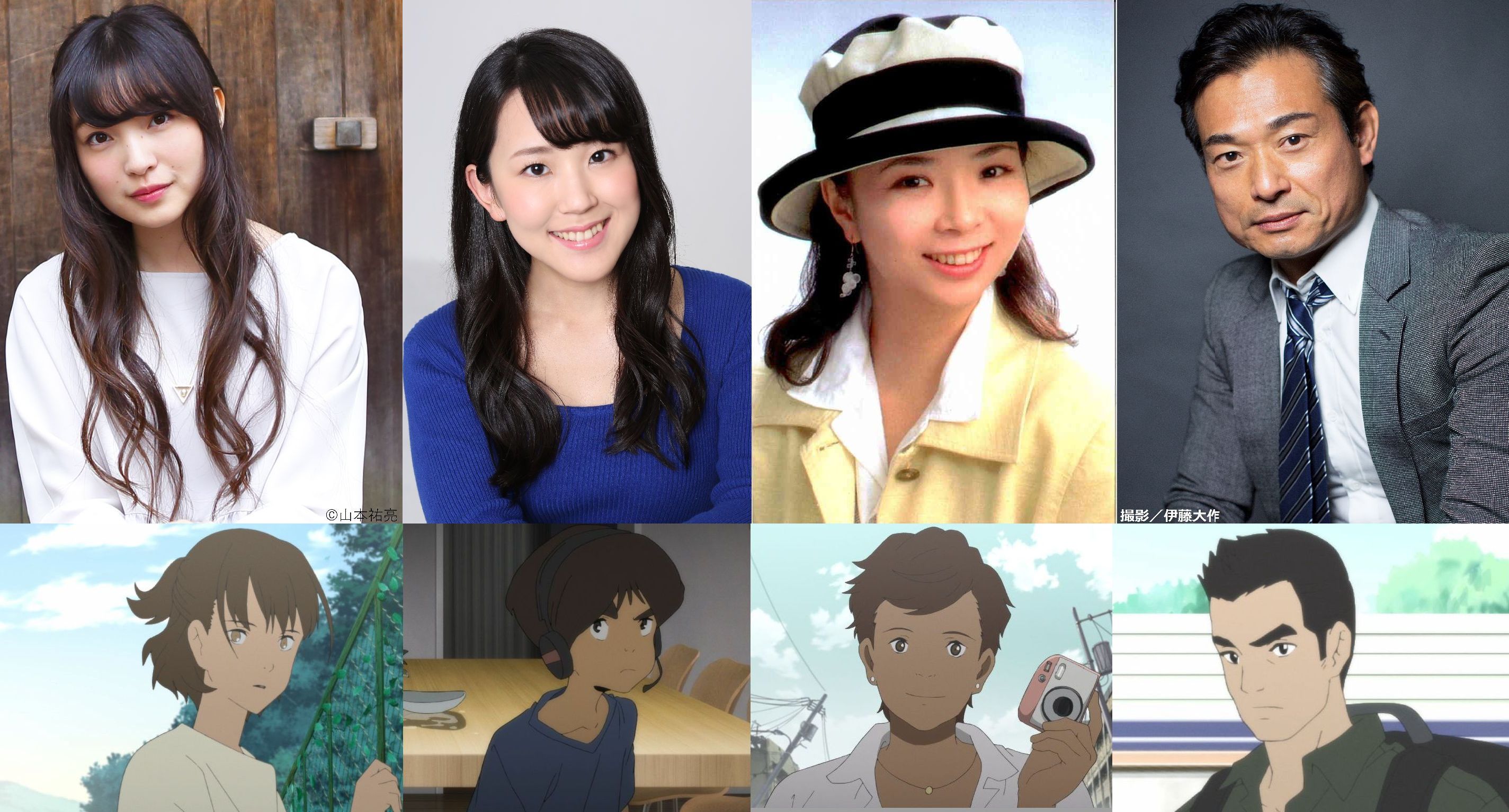 When asked how she felt when her character role was decided, Reina Ueda, who will voice the main character Ayumu, said: “I felt both over the moon and was hit with a feeling of nervousness. When I auditioned, I could tell that the director, Yuasa, knew exactly how he wanted the character to be. She clutched at my heart from just reading the audition script. So I’m honoured to be involved with such a project like this. And there’s a sense of pressure too… I’ve collected myself, so while I’m nervous, I’ll run at it head on.”

Japan Sinks 2020 will be streamed on Netflix in 190 countries worldwide. Ueda was asked to give a message to viewers: “It’s not something I want to show anyone. But it’s something I want every person to watch. It’s the first time I’ve felt that way about any media I’ve encountered. When we were recording [the voices], the film had yet to be fully complete, so there’s still a lot of things I don’t knowーhow the final film will turn out. My heart’s beating. I felt a lot of distress in the recording, but I would be grateful if people paid attention to Ayumi’s growth as she goes through puberty, and where her family end up.”