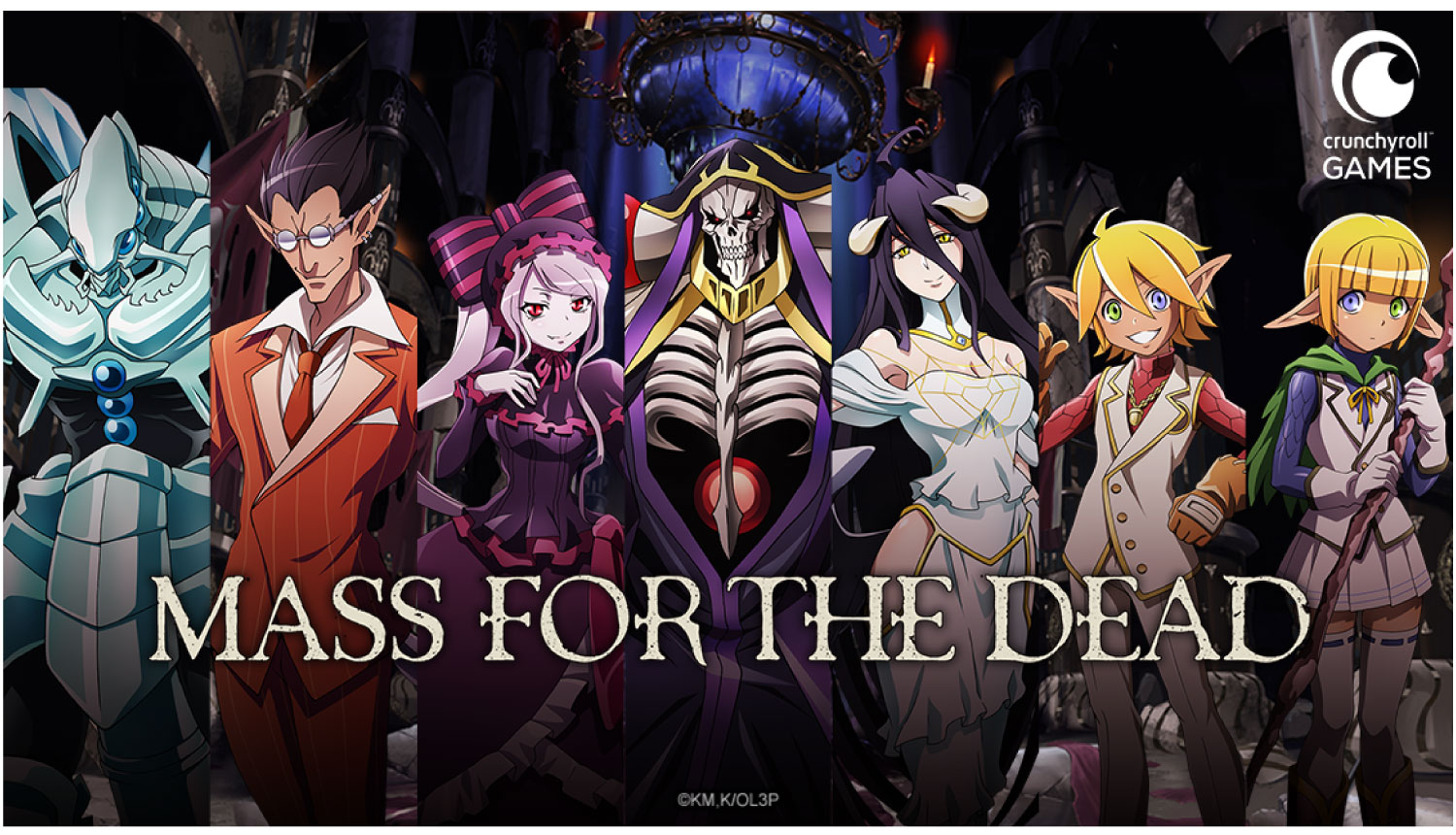 Crunchyroll Games has announced a pre-registration campaign for Mass of the Dead, the newest title in the company’s video game library. Co-produced by Sumitomo and Exys in Japan, the dark fantasy mobile RPG will release worldwide in Spring 2020.

Mass for the Dead is based on the dark fantasy anime series Overlord. The Japanese version of the game was released on February 21, 2019 and currently has over 4 million downloads.

Crunchyroll Games is in charge of localising, distributing, and promoting the English version, while Exys is responsible for planning, developing and managing it, and Sumitomo is coordinating the entire project and providing support.