Take a look at Tsunoshima Ōhashi, one of the most beautiful bridges in Japan! 【Pics】 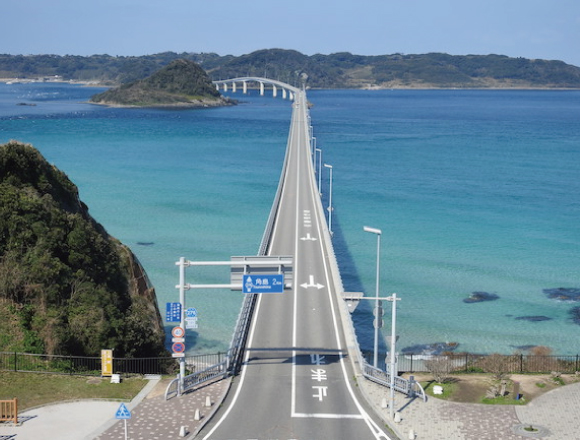 We travel to Yamaguchi Prefecture to see what is widely recognized asthe most beautiful bridge in Japan.

Shimonoseki City in Yamaguchi Prefecture, located at the southwestern tip of the main Japanese island of Honshu, is famous for several things, including highly valued blowfish (fugu), and for those interested in history, as the location where one of the most well-known battles in Japanaese history, the Battle of Dannoura, which was fought between the Genji and Heishi clans over eight centuries ago in 1185.

It’s also where you’ll find the Tsunoshima Ōhashi (literally, “the giant bridge of Tusnoshima”), the bridge that connects the Houhokucho area of Shimonoseki City and the island of Tsunoshima. The bridge has the distinction of being known as “the most beautiful bridge in Japan”, and the stunning view of the sea and the bridge attracts many visitors to the area each year.

The Tsunoshima Ōhashi was completed in 2000, and at a length of 1,780 meters (1.1 miles), it’s also one of the longest bridges in Japan that is toll-free.

We were told that the best time to visit the area is in the summer, but since we happened to be traveling to Yamaguchi Prefecture, we decided it would be an excellent opportunity to go see the most beautiful bridge in Japan. After traveling one hour from the Shimonoseki Interchange by car, we were greeted by some amazing views!