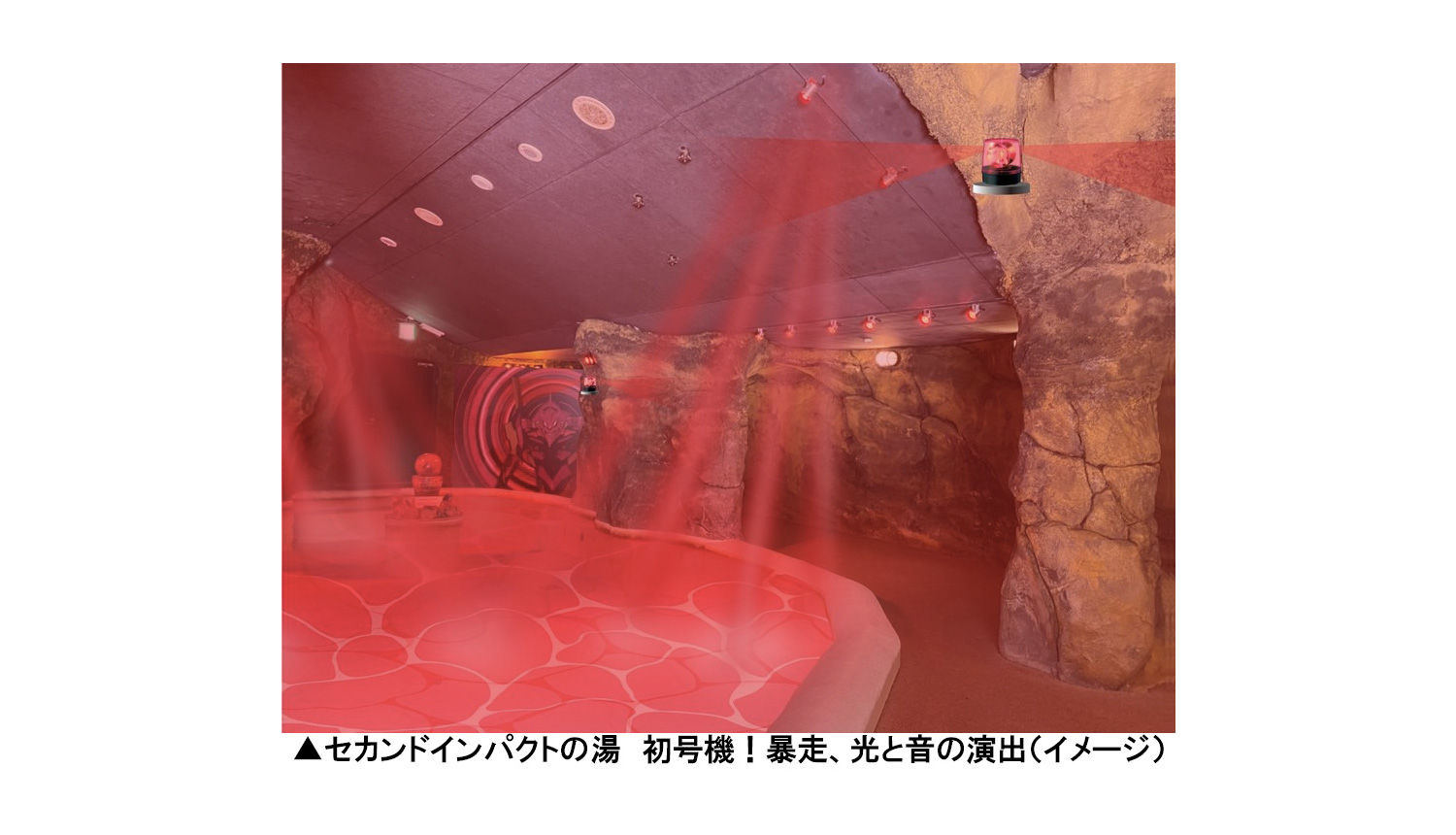 Hakone Kowakien Yunessun, a hot spring amusement park in Hakone, began teaming up with Neon Genesis Evangelion on July 1 for a series of events. The newest event to be announced is the “Evangelion Laser Trap” escape game which is set to begin on July 23. The park’s cave baths are also taking on a theme inspired by the Second Impact in Evangelion with special lights and sounds.

Guests must become Evangelion characters and use their knowledge, experience, and whole body to make it through the dark room and avoid the red lasers. Those who clear the room will receive an original Evangelion sticker. 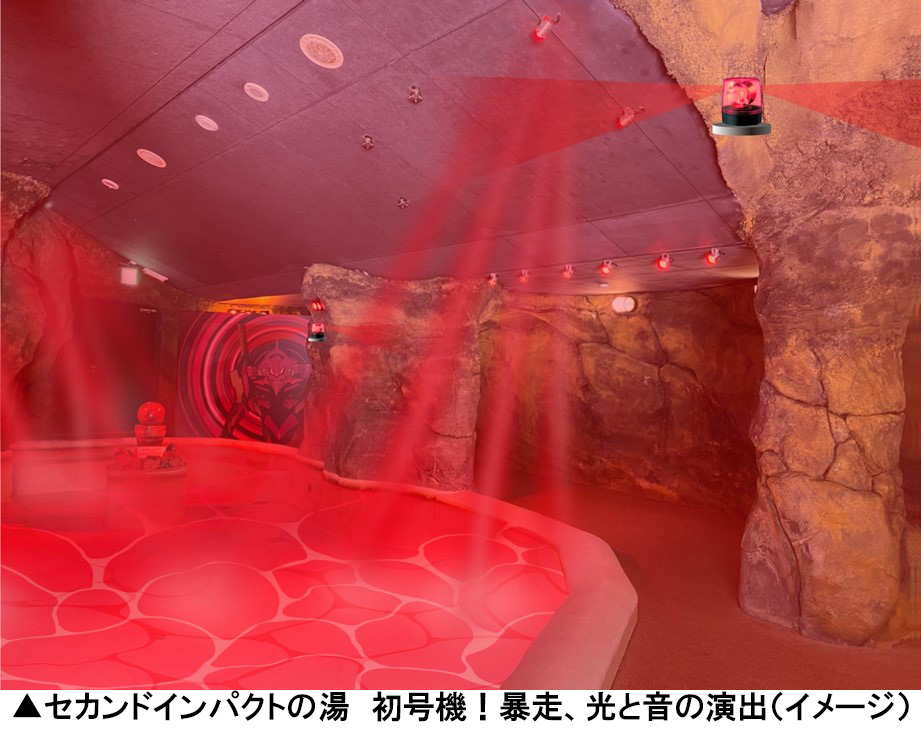 The cave baths will be illuminated with bright red lights inspired by the Second Impact cataclysm from Evangelion.

Evangelion themed food and drinks will be served at the event, and fans can get their hands on exclusive merchandise.