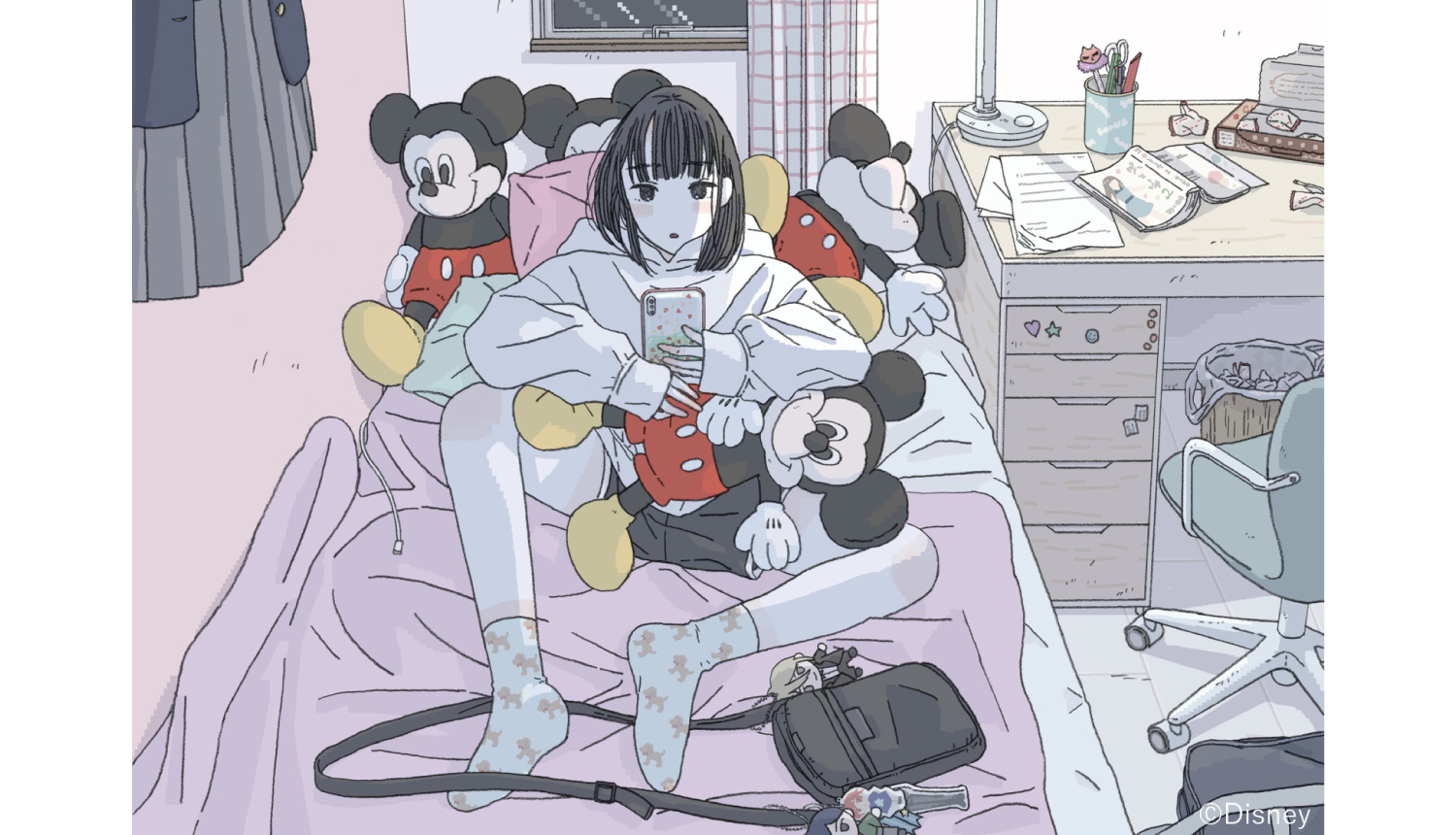 The Asahi Shimbun and Nippon TV are set to host an exhibition centred on Mickey Mouse at the MORI ARTS CENTER GALLERY in Roppongi, Tokyo, from October 30, 2020 to January 11, 2021, in celebration of 90 years since Mickey Mouse’s screen debut. The exhibition will showcase works shown at the Mickey: The True Original Exhibition held in New York in 2018-2019.

Before the exhibition opens, five participating Japanese artists have each revealed their never-before-seen artworks which will be on display.

The Tokyo exhibition will be a travel back through time, looking at Mickey Mouse from the past to the present. It will be split into three zones: “The Origin,” “The True Original,” and “Beyond.” The five artists showcasing their work early will be featured in the “Beyond” zone and include Tomoko Oshima, Kosuke Kawamura, Nana Soeda, Calligrapher MAMI, and WAKU. Below are their featured pieces along with their comments. 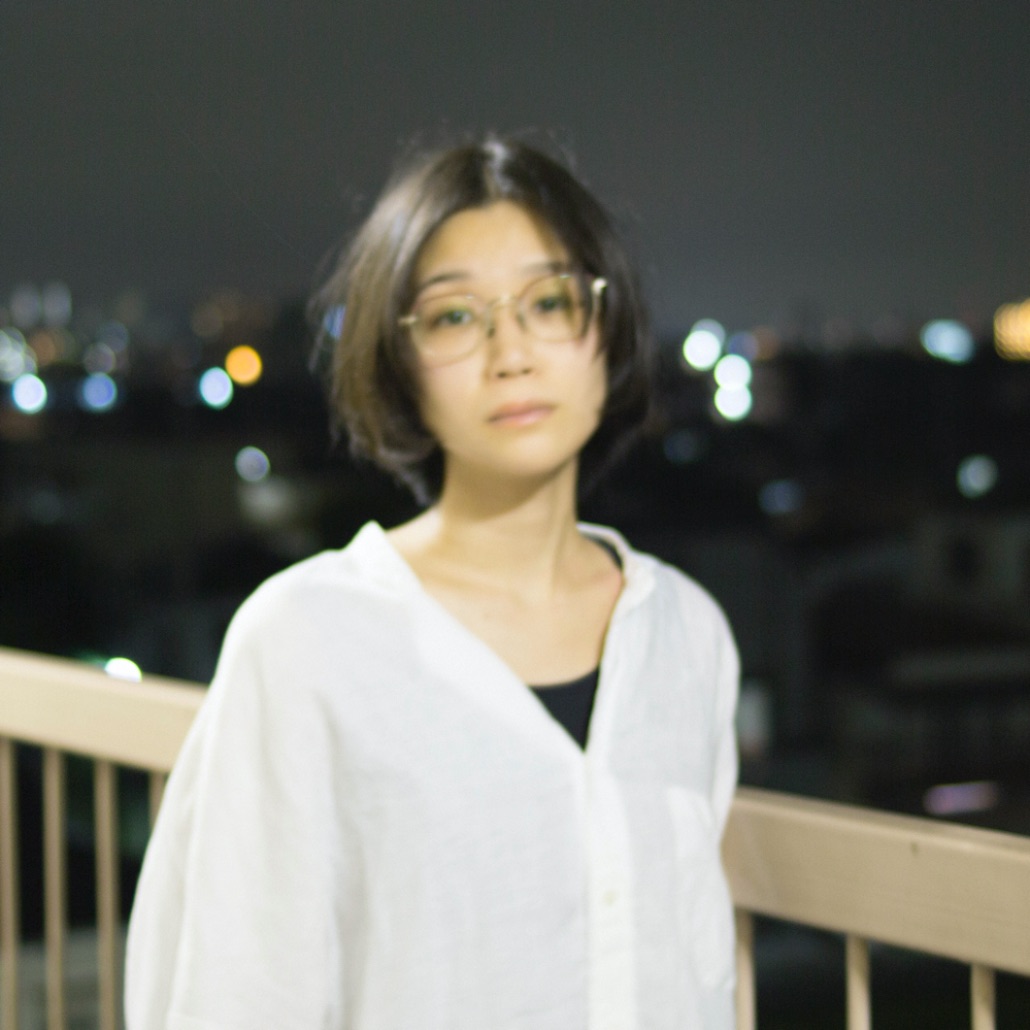 “What’s fascinating about Mickey Mouse is, for reasons I can’t begin to work out, how he became a part of each person’s life. I was raised in a household that banned cartoon characters, so it always felt like something unobtainable. Mickey Mouse is like a hero to all of us. He’s dazzling and radiant, a kind of being I can’t look directly in the face of. When working on my Mickey Mouse art [for the exhibition], my concept was to create a Mickey that’s special only to me, so I challenged myself to turning that Mickey Mouse that everyone feels happy looking at and loves into my usual art style.” 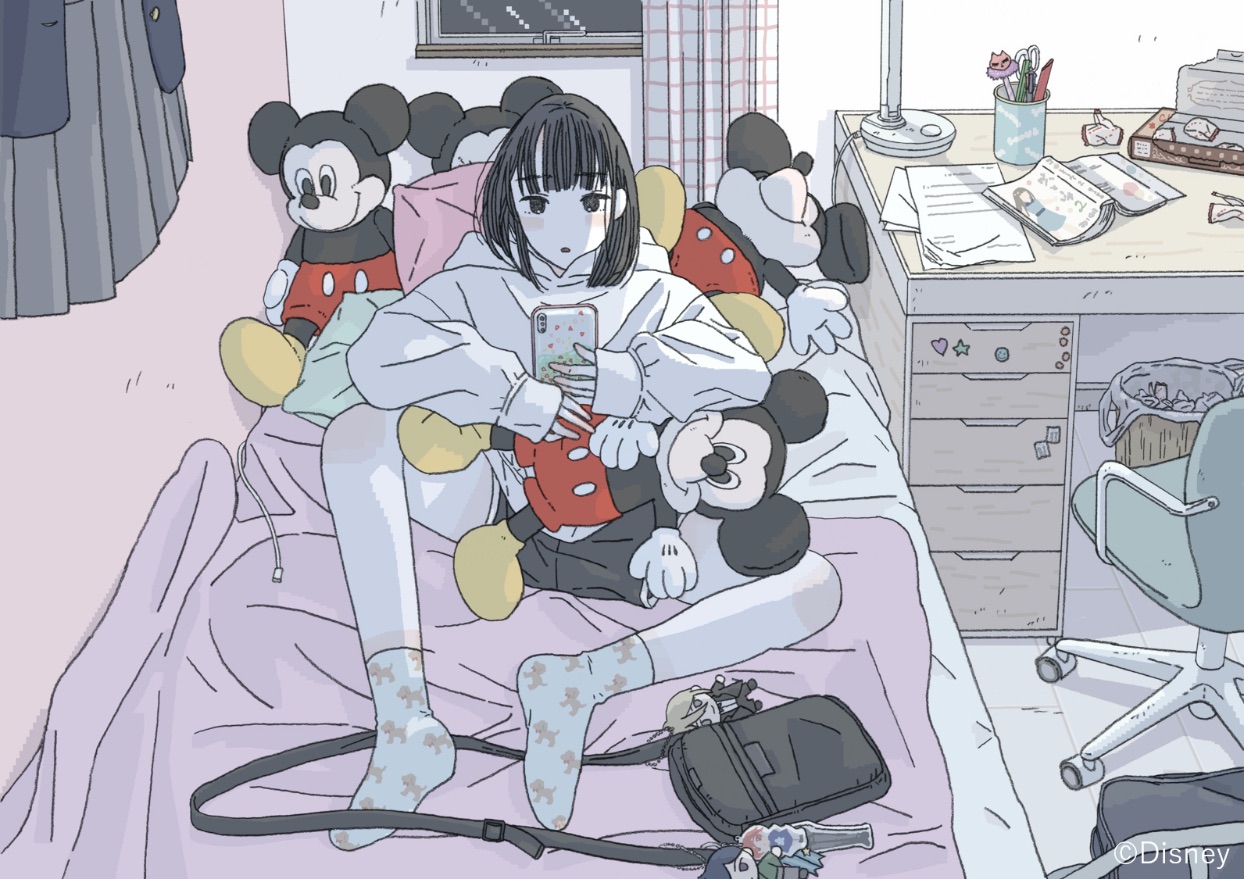 “What I find fascinating about Mickey Mouse is that no matter how old I get, he always transports me away from the real world to a world of dreams. He’s an idol of mine. I even have my own collection of merchandise I’ve been collecting over the years. For the exhibition, I needed to creating something for the Beyond [zone], so I tried shaping Mickey Mouse from how I see him in my head. I’ve always made sure to balance my artwork in such a way that it can be seen in two ways. When you stand close, you can see the detailed composition, but when you step away, it looks different. This time around I gave myself a little challenge and made the silhouette of his face and hands using flowers. If you get close to it you’ll see that it’s made up of lots of flowers, but stand from afar and you’ll be able to see the facial expressions and his pointing figure. I’d like people to give both a go, so when you’ve looked at it up close then take a step back.” 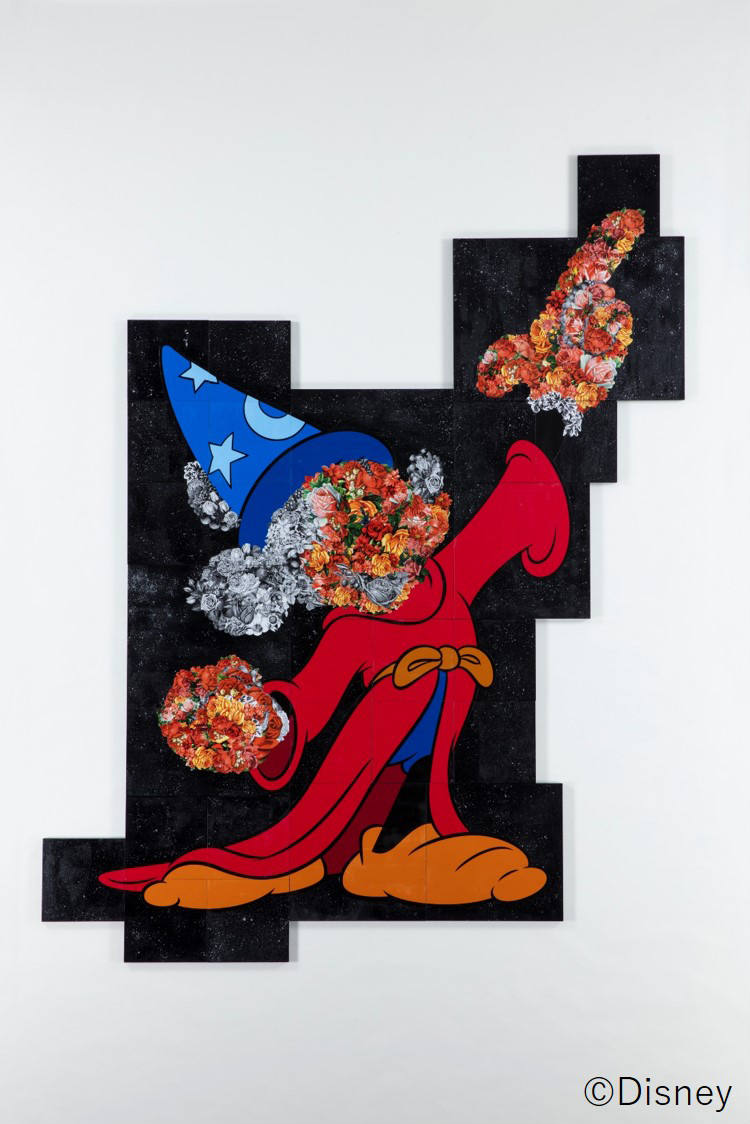 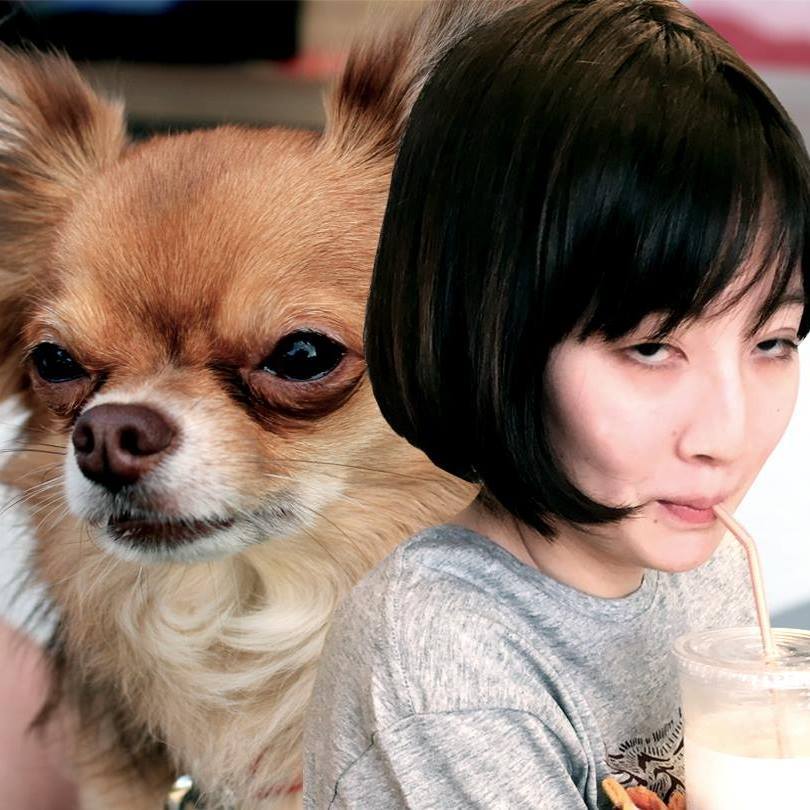 “I feel Mickey Mouse’s appeal from his long history and how he has changed overtime, so I tried to express these aspects in the piece I made. The theme for it is centred on Mickey Mouse in the future, so when I was thinking about what he might look like in the future, I looked to past [designs] and tried fixing them up. So in my piece there’s a trace of looking back at past Mickey Mouse while giving him an update. Creating those ‘futures’ made me feel like I was walking through my own past and processes. You can’t know exactly what’s to come in the future even for someone as internationally popular as Mickey Mouse. But by learning from past memories and mistakes, you can draw on those to create a future, don’t you think? That’s something I wanted to convey in this piece, and I did so by creating something that’s close to the Mickey Mouse of the past with both 2D and 3D surfaces. The Mickey Mouse I drew is the one of ages past that looks completely different to his appearance today. But those look at it might feel something newer about it than older. That, or they might feel uncomfortable seeing him in a way they’re not used to. I want people to take their time looking at both and feeling whatever they feel when they do.” 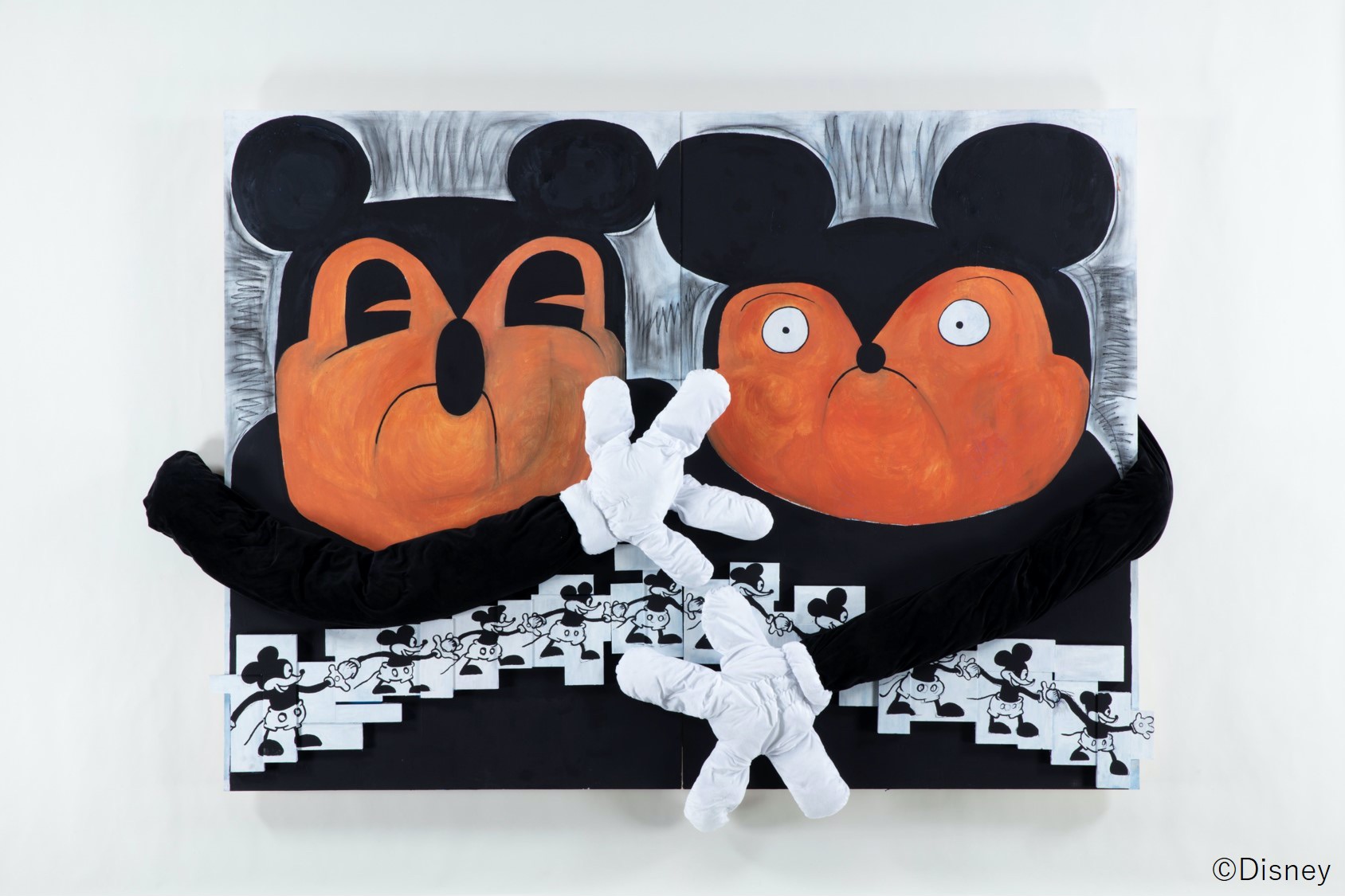 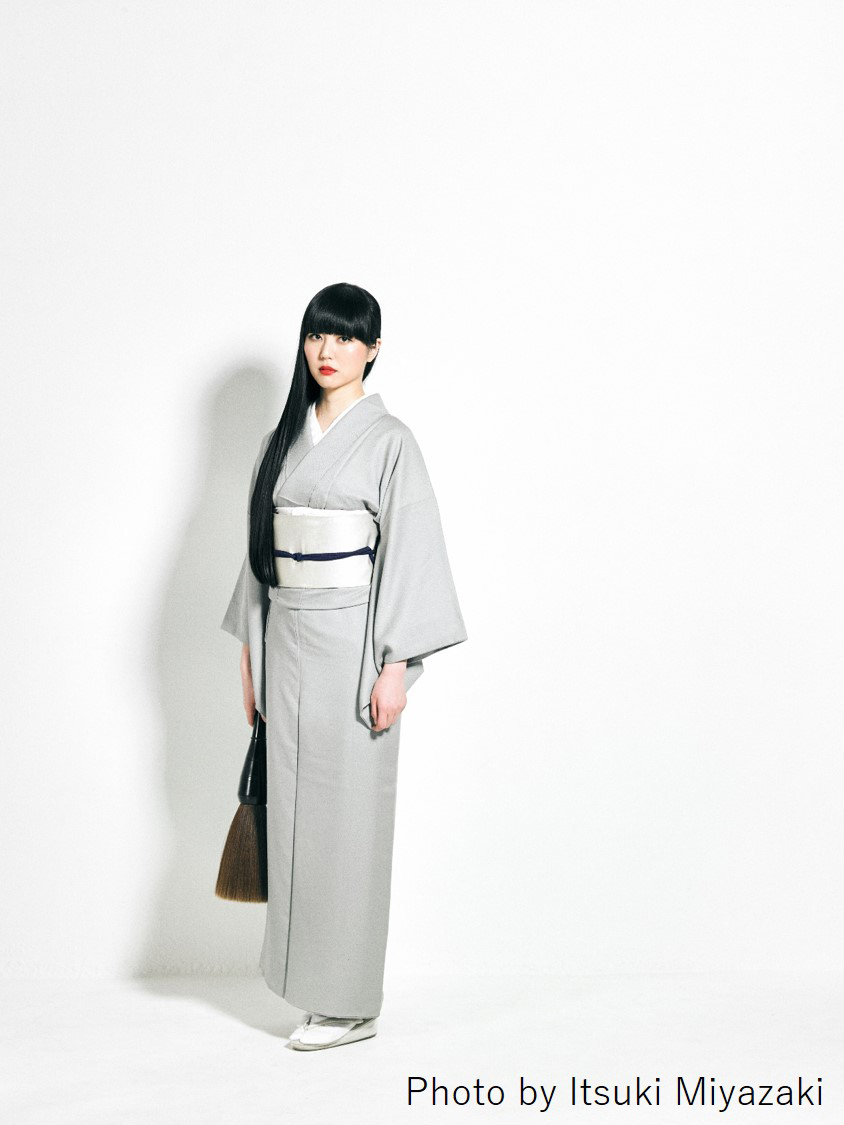 “I’ve captured Mickey Mouse’s silhouette as its own kanji by using calligraphy. His appearance is iconic worldwide, and by making him recognisable through this common language, I’ve tried to create a new kanji, effectively breaking the language barrier of calligraphy, something which is difficult in itself to overcome for people. Another thing with calligraphy is that you can write the same piece hundreds of times which means it can be fine tuned over and over. I believe that overlaps with Mickey Mouse’s design as he has too has evolved for a hundred years. But by no means have his designs he just spring out of existence immediately. He has undergone trial and error through the times, and always shines bright. It’s because of everyone who will see my piece as this exhibition that I’ve been able to create something I can feel from the heart.” 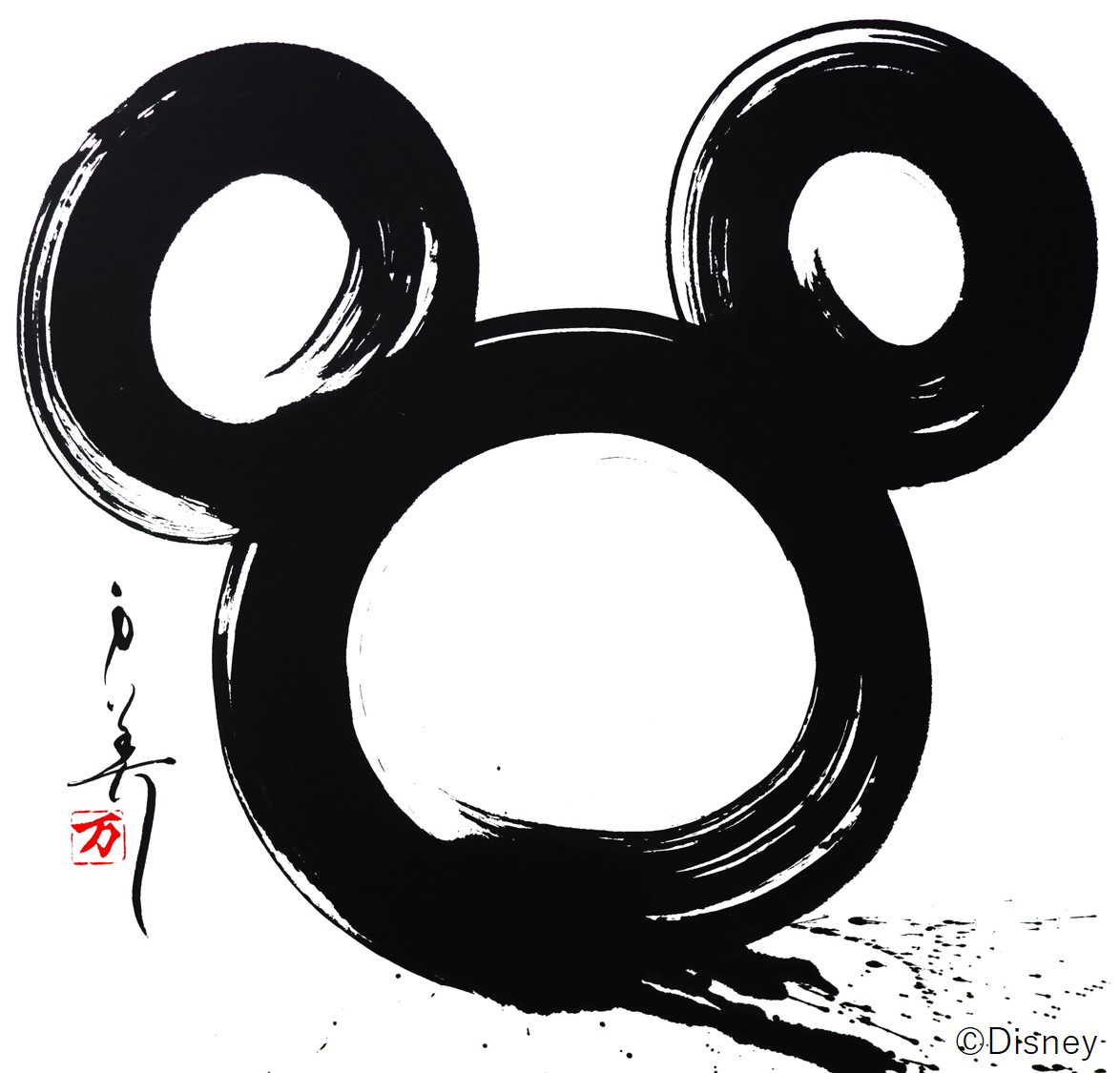 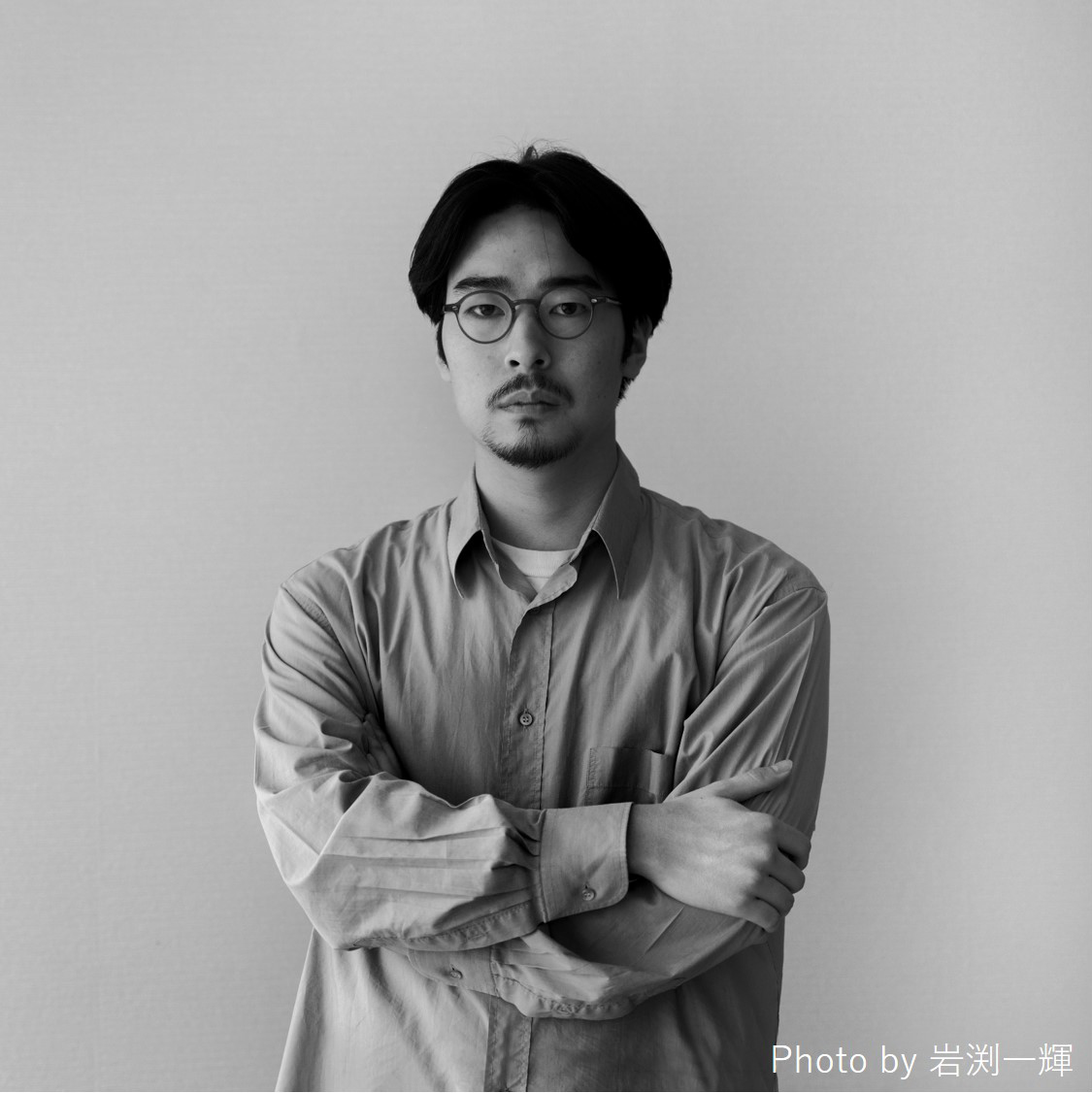 “I think the appeal of Mickey Mouse lies in the fact that people around the world all remember him from their childhoods. We form memories during our childhoods, and ever I’ve been able to recognise those memories inside of me, Mickey Mouse was something that was always close to me. When I see three circles together, Mickey Mouse’s face comes into my mind. He might be the first internationally recognisable symbol. I felt that the affinity between symbolism and neon signs is very high. So for my piece, I incorporated the techniques used for traditional Japanese neon signboards, something which I see less of these days. I took that and created the three Mickey Mouse circles using light.” 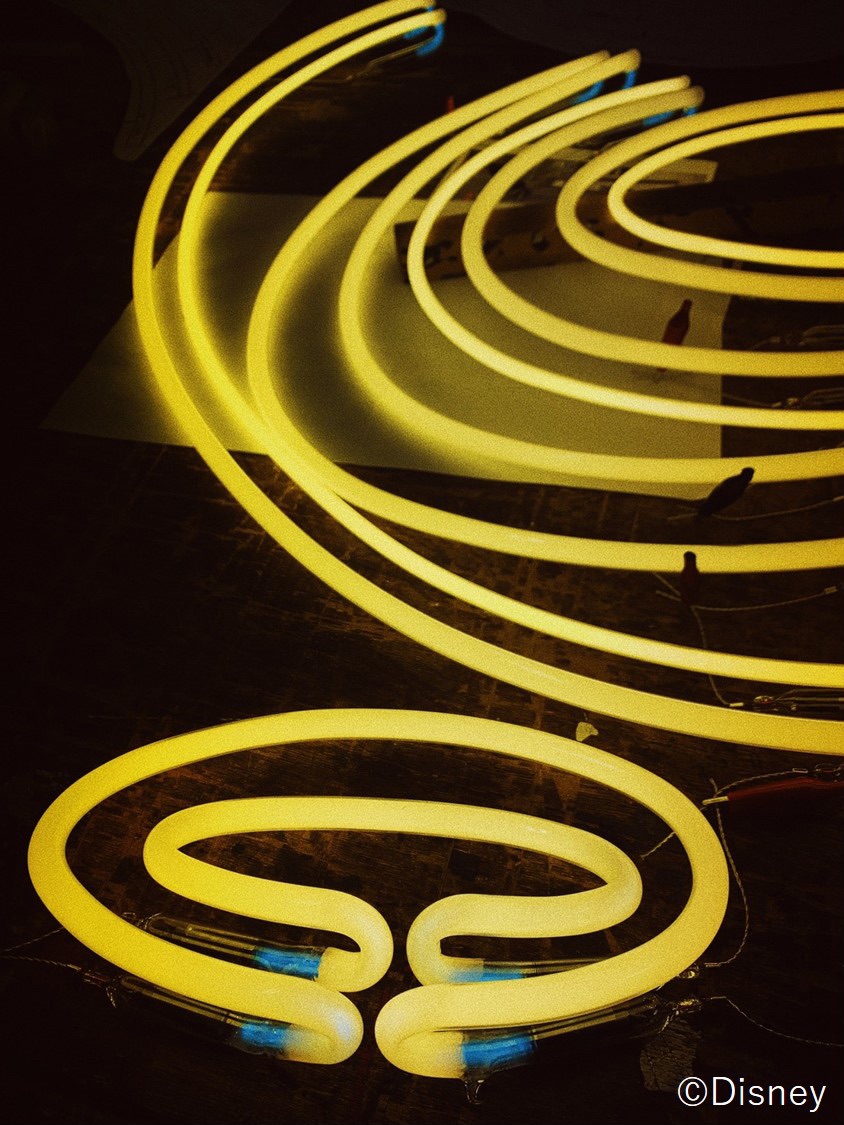 Untitled (Still Being Worked On), WAKU