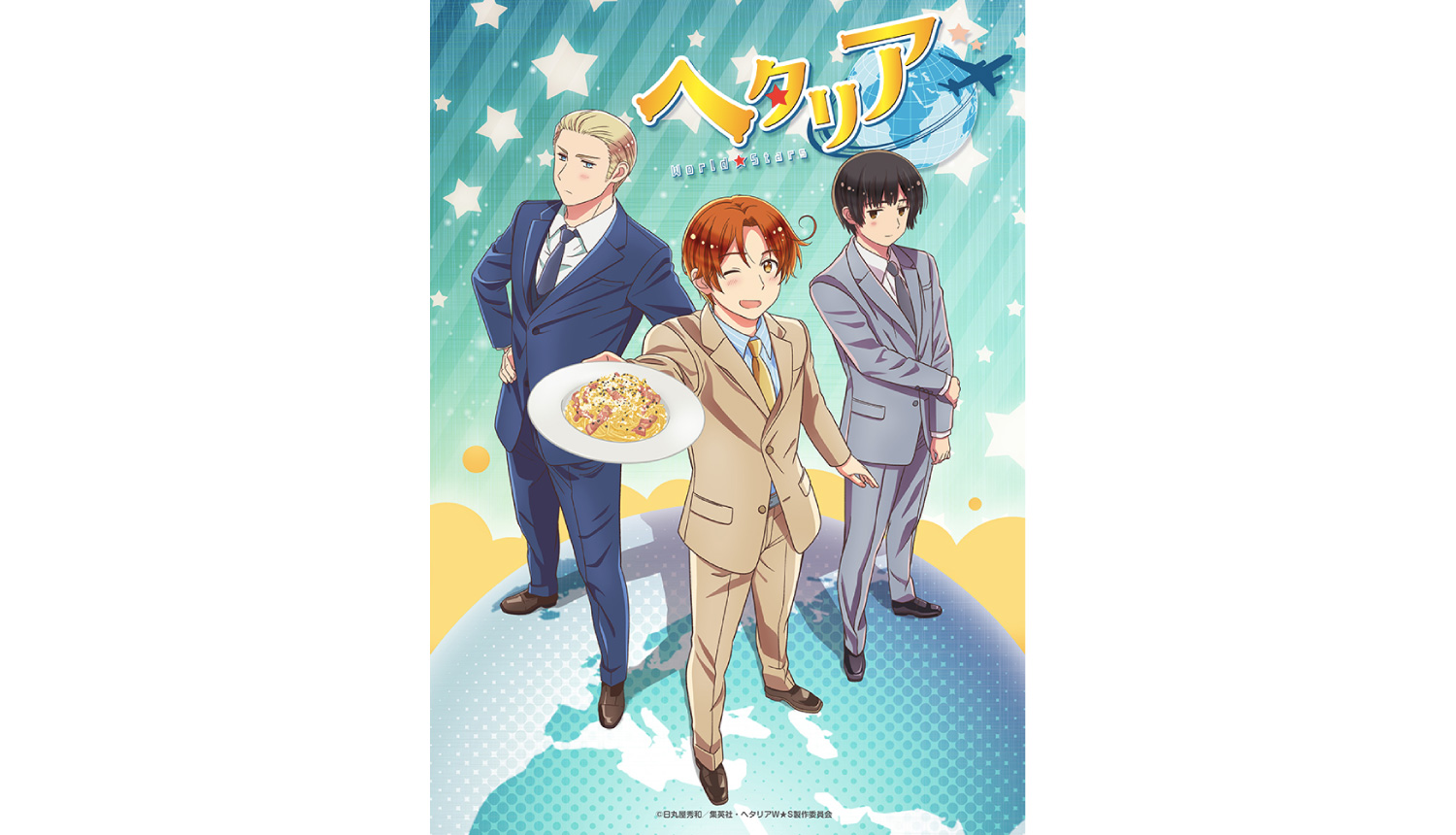 An official website and Twitter page were launched on October 25 announcing that Hidekaz Himaruya’s Hetalia World Stars manga series is getting an anime adaptation in Spring 2021. The popular series is serialised in Shonen Jump+ and has sold over 500,000 copies across the four volumes that are currently out.

It has yet to be confirmed what kind of format the anime will be, but the official website and Twitter page revealed a visual featuring Germany, Italy, and Japan, with Italy holding out a plate of pasta. 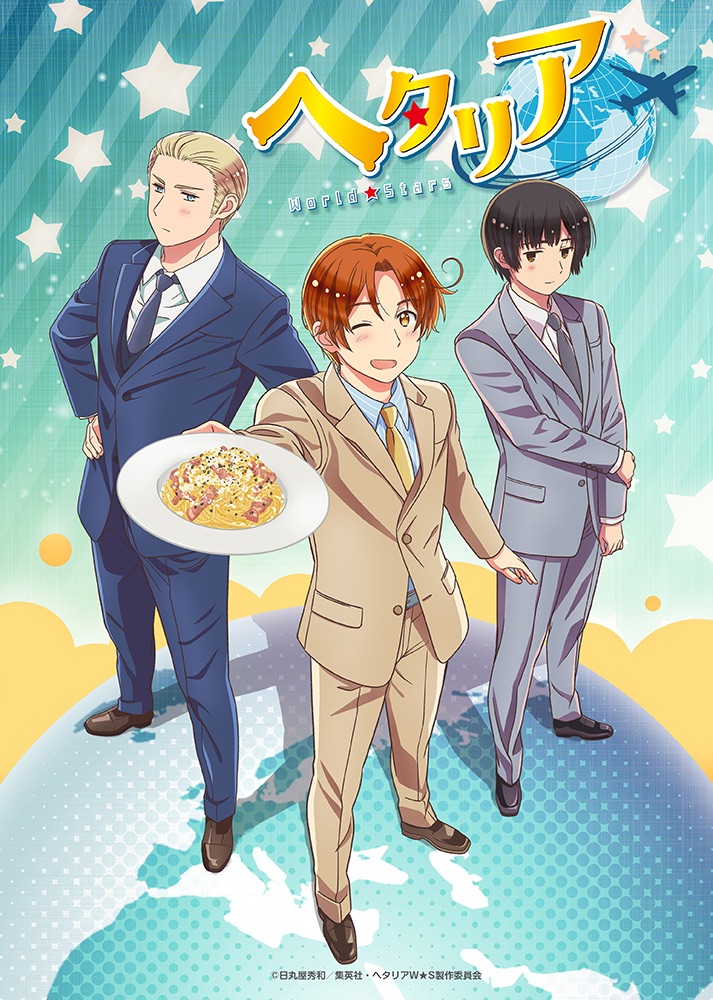 “The Hetalia anime is back! This show has a roster of unique characters whose relationship is indescribable. And you won’t believe how they wind up this time around! Look forward to it, the Hetalia hype hurricane is back!”

“I’m genuinely happy to be seeing these characters again. I’m sure you’re all excited too, but I feel like the cast are even more excited <laughs>. That’s how fun it is to record for this series. When we do it, we go all out. Simple and strong.”

“We’re back at it. I’m interested to see where they’ve ended up since then. I’m sure Japan is likely to be wavering in these times. I’m looking forward to seeing everyone again. It’s not long now, so please wait just a little longer. Ciao☆”

“I felt really nostalgic and it made me happy to be recording for the Hetalia anime again. I think this series has helped people [in Japan] to learn about things around the world, not just in Japan, and helped them gain an interest in those things. I hope you get to watch it!”

“France is still the same guy, he hasn’t changed one bit. It’s been lonely not getting to record with everyone because of the coronavirus. I’m recording on my own, but I hope I can bring some fun to my part. Please look forward to seeing the familiar face of France again!”