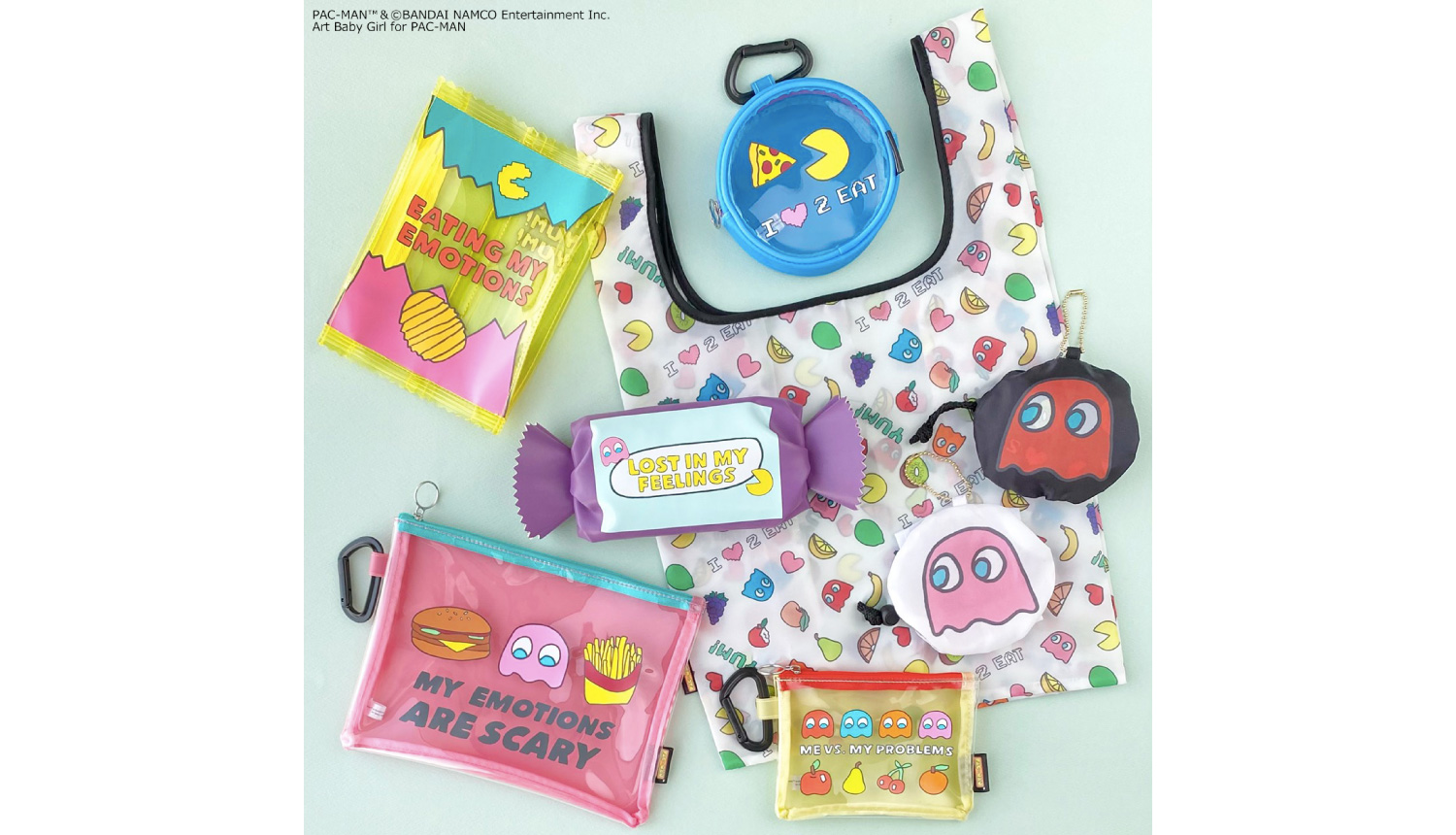 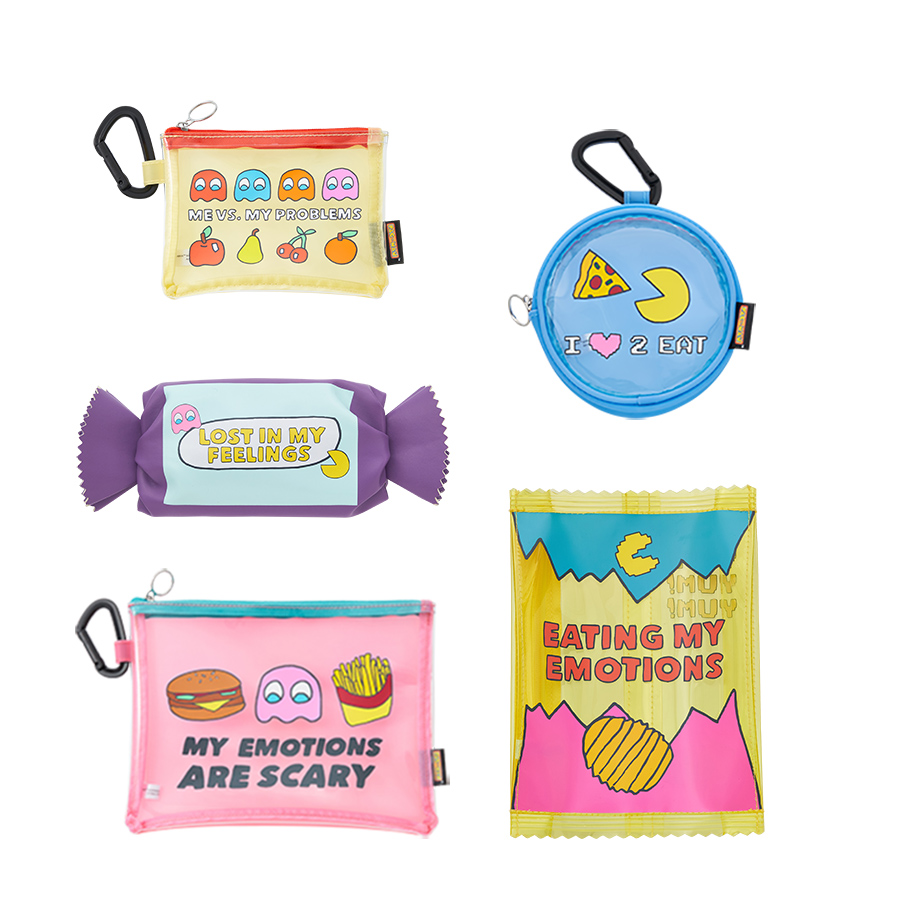 PAC-MAN was released 40 years ago in 1980. He and the Ghosts have gotten a cute pop makeover with a selection of food-inspired items, since the yellow muncher loves to eat. 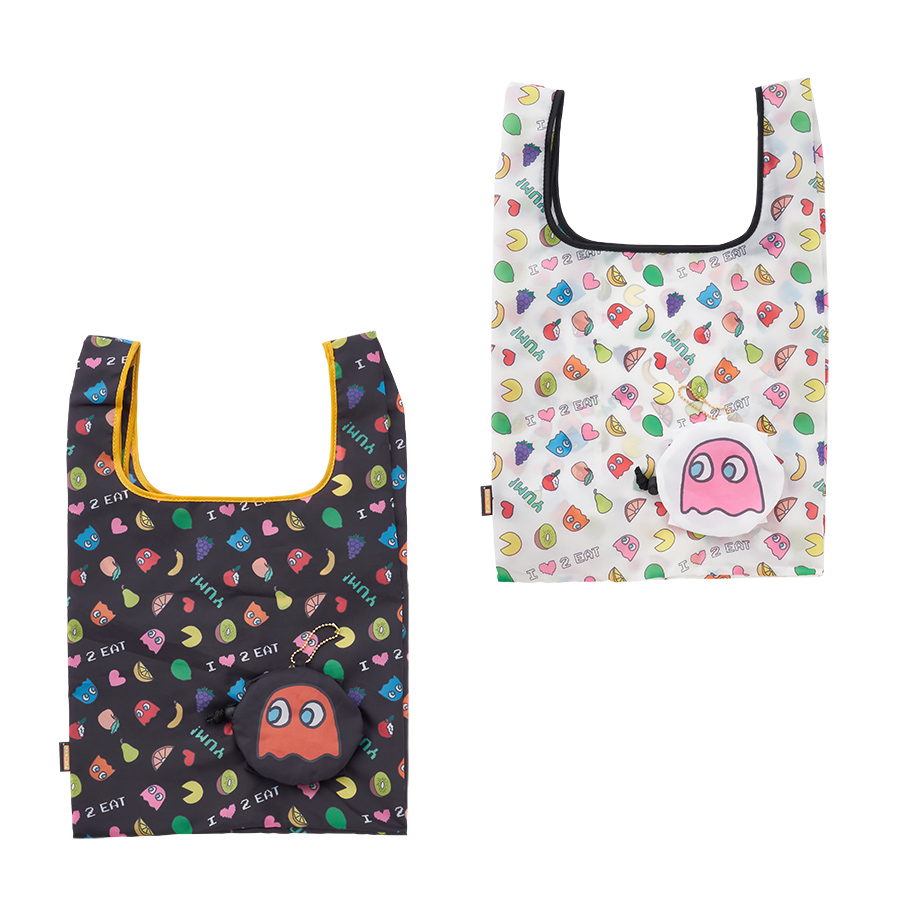 These eco bags come with an additional Ghost pouch and are handy for a quick pop to the store or supermarket. 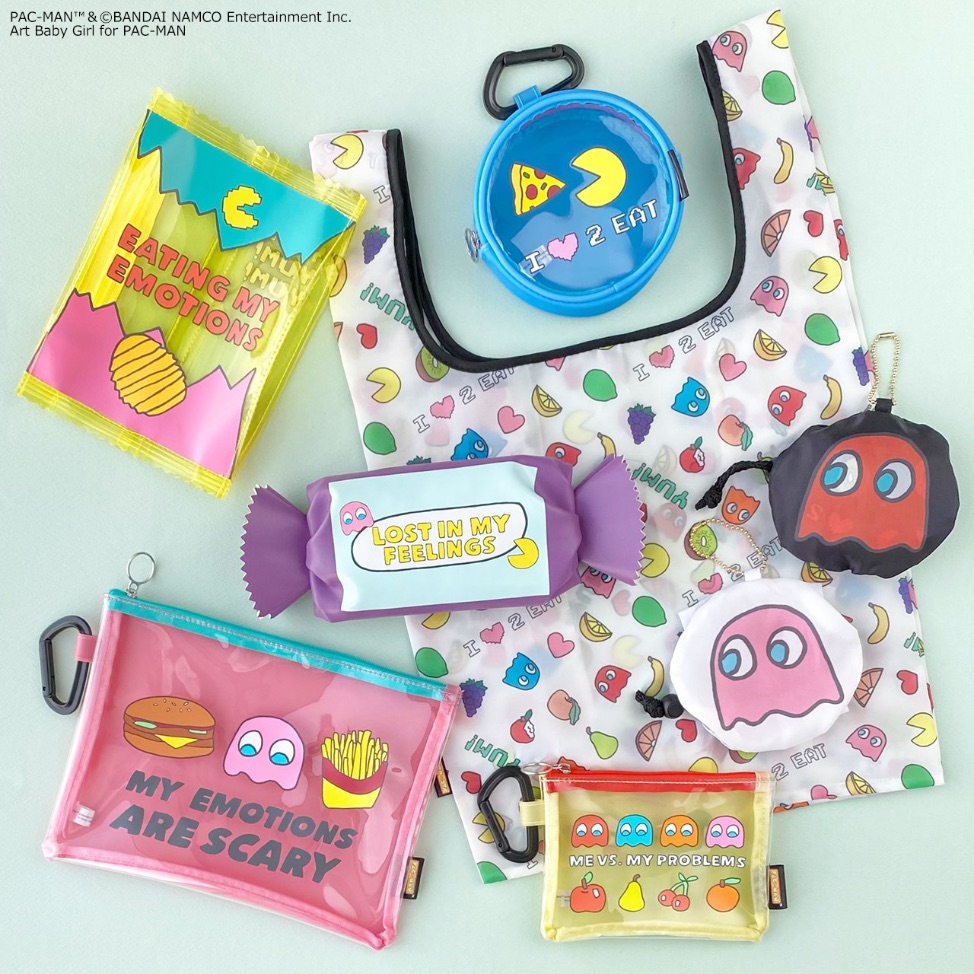 PAC-MAN is a cultural icon created in Japan that is recognisable the world over. Don’t miss out on this line-up of super cute merch by ART BABY GIRL.