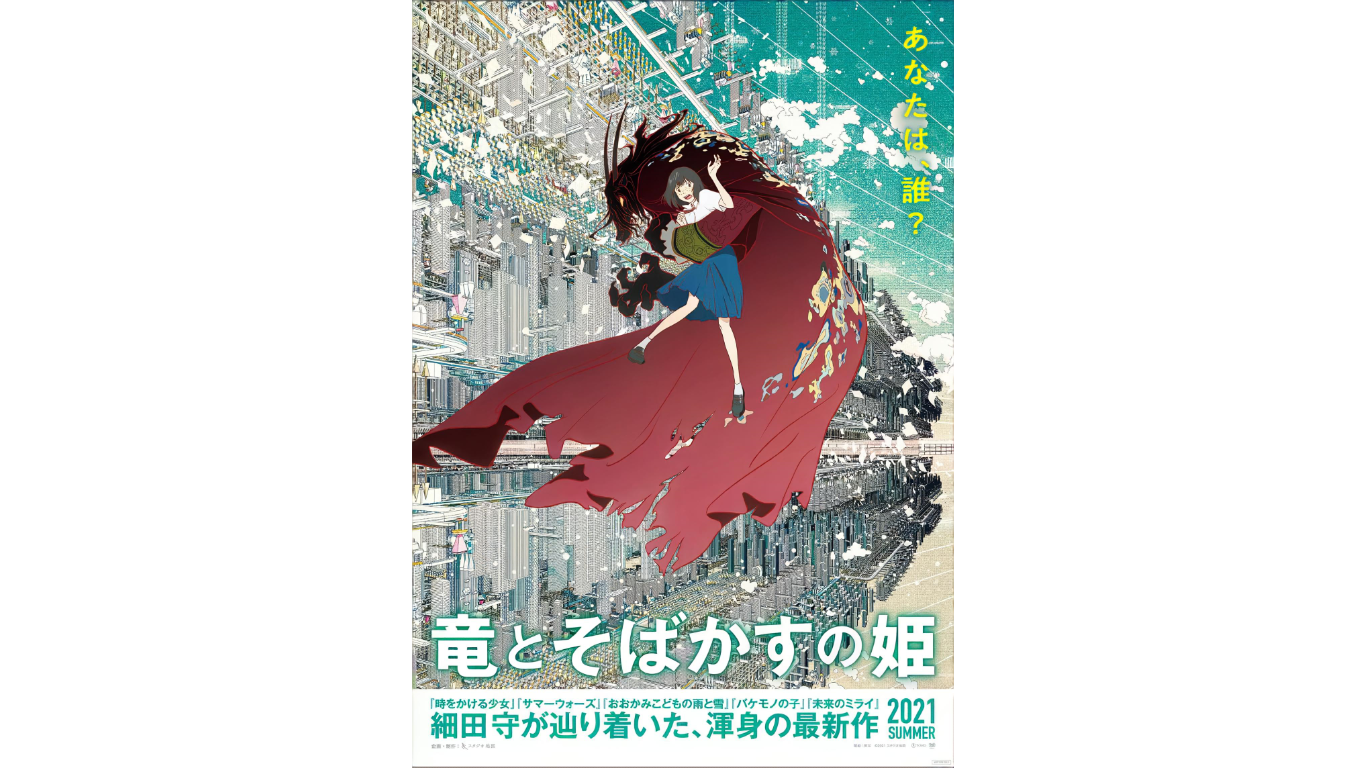 The film is being directed by Mamoru Hosoda who is known for such hit anime films as The Girl Who Leapt Through Time (2006), Summer Wars (2009), Wolf Children (2012), The Boy and the Beast (2015), and of course his 2018 hit Mirai which was nominated for an Academy Award in the category Best Animated Feature Film at the 91st Academy Awards.

His new film Belle will be released in the summer of 2021 which also marks the year in which Studio Chizu reaches its 10th anniversary.

Studio Chizu describes the story: “The protagonist of this story, Suzu, is a 17-year old high school girl living with her father in a rural town of Kochi — their town is a textbook definition of depopulation in the Japanese countryside. Wounded by the loss of her mother at a young age, Suzu one day discovers the massive online world, “U,” and dives into this alternate reality as her avatar, Belle. Before long, all of U’s eyes are fixed on Belle (Suzu), when one day the mysterious and infamous Dragon-like figure appears before her.”

“BELLE is the movie that I have always wanted to create, and I am only able to make this film a reality because of the culmination of my past works. I explore romance, action and suspense on the one hand, and deeper themes such as life and death on the other. I expect this to be a big entertainment spectacle.

“I have directed films in the past, exploring the implications of the Internet and how our younger generations will transform the world with their own amusement. At the same time, the Internet has a more negative side to it, where people slander others without a second thought, filling it with misinformation. In spite of this, I believe that it is marvel that will expand the possibilities of humanity. I wanted to depict this massive shift in our relationship with the Internet in a way that would pave a path towards our future.

“The unprecedented events of last year have accelerated the paradigm shift in our online interactions with one another, be it the workplace or our personal lives. As this era continues to change, unbound from the shackles of yesterday’s common sense, capturing this global phenomena felt like an inevitability.

“Yet, the things that we must cherish, largely remain the same. Legacies we have inherited from generations past, will continue to exist and adapt to the new age and new tools that will now shape it. This shift is more apparent than it has ever been because of the era in which we currently live.

“I hope you can enjoy our world that is now evolving at the speed of light while savoring those things that really matter to us, in this film.”