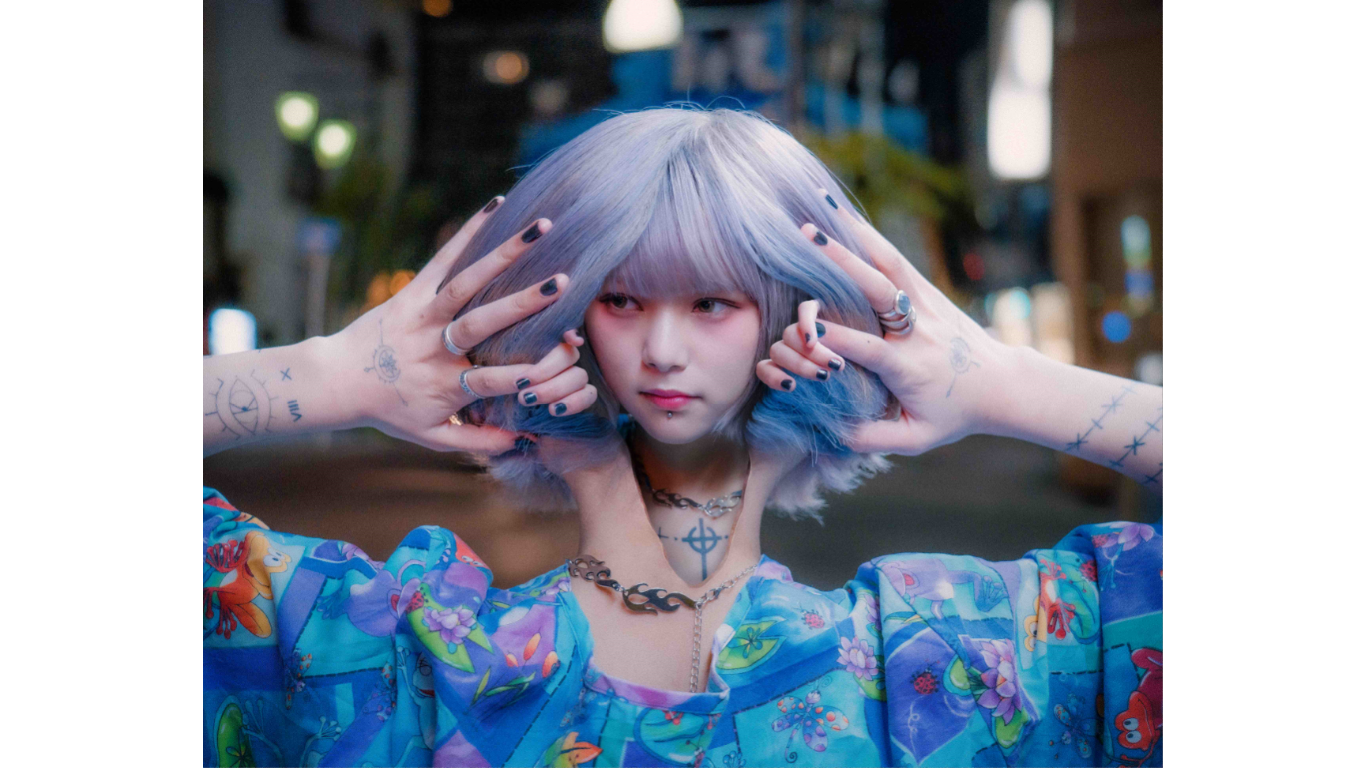 Japanese alternative pop rapper and singer-songwriter 4s4ki has announced that she is making her major debuts from Victor Entertainment’s SPEEDSTAR RECORDS label.

4s4ki writes, composes, and arranges all of her music herself. She is a stand-out in Japan’s music industry and has garnered attention both at home and overseas. She performed her first solo concert “Year 4444” at LIQUIDROOM in Tokyo on March 11, 2021. All tickets sold out, and the show was streamed for free worldwide on YouTube.

4s4ki has announced the digital release of three new singles: FAIRYTALE feat. Zheani on April 14, gemstone feat. Puppet on May 14, and ALICE feat. smrtdeath on June 4. Each track features a non-Japanese artist. Zheani is an Australian rapper who is known for her “Fairy Trap” style of music. Puppet is a New York-based artist and sound producer who is signed to Monstercat. smrtdeath is a project by LA-based artist Mike Skwark known for his mix of genres such as hip-hop, emo, trap, alternative rock, and more, which he fuses into tracks released through Epitaph Records. It wouldn’t be an exaggeration to call this collection of artists working with 4s4ki an epoch in the making for the Japanese music industry.

4s4ki will release her first major debut album this summer.