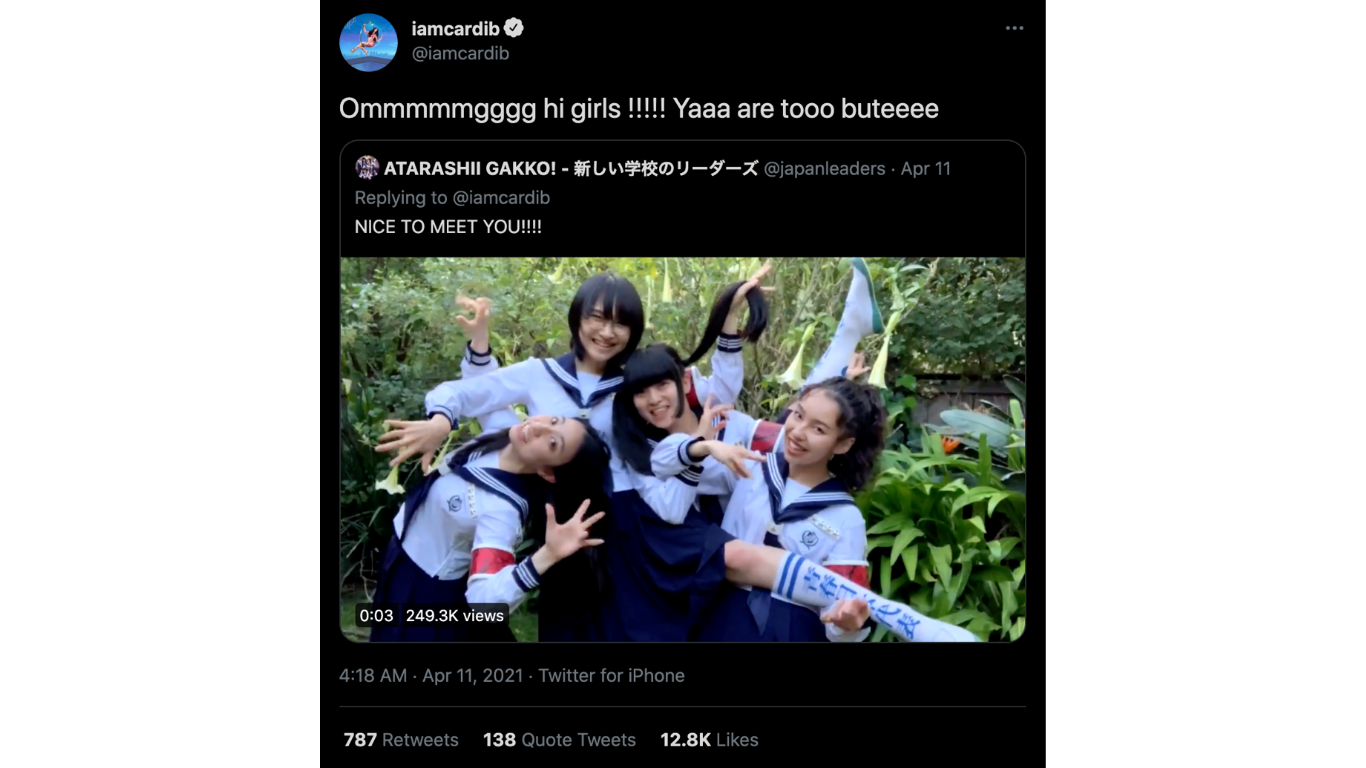 A certain tweet made by US rapper Cardi B took the world by storm when she posted it on April 11. 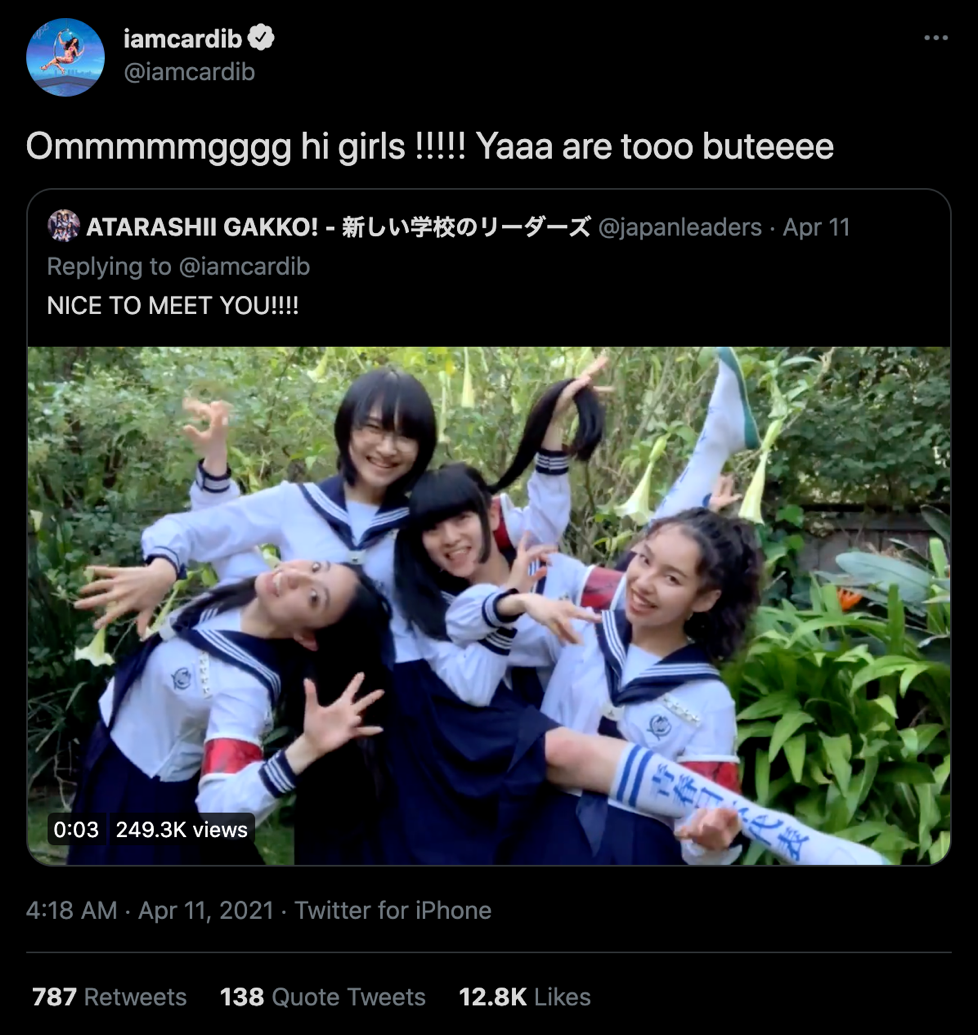 School uniform-clad Japanese girl group posted a video to Cardi B on Sunday where the four of them said “Hi, Cardi B!” in various unique position. ATARASHII GAKKO! may not have been ready for what was to come however, as the world-famous music artist replied, “Ommmmmgggg hi girls !!!!! Yaaa are tooo buteeee.” If you haven’t heard of ATARASHII GAKKO! before, you’ve been missing out big time, so strap in for a little history lesson.

Initially known as Atarashii Gakkou no Leaders, the dance and vocal performance unit formed in Japan in 2015. The band came together as an expression of individuality and freedom in response to a “Good for nothing, intolerant society in an age where only the exemplary receive praise.” The band toured across Japan many times before announcing their international debut in January 2021 from the US music label 88rising where they would receive a name-change for their overseas activities: ATARASHII GAKKO. With this, the group set off in an effort to spreading Asian culture outside Japan.

When I saw the name 88rising, I realised that this wasn’t the first time I was hearing of them. Three months prior to that, 88rising held a surprise live concert stream on their YouTube channel. My eyes clocked the thumbnail where I saw what looked like Japanese girls wearing school uniforms. Seeing that, I knew I just had to click on the video, and that’s exactly what I did, out of a sense of duty, not knowing anything about them. What I saw was a performance that took me aback. It was a mix of rock and infectious dance music, and at a glance, they in fact looked like a group of women. They were expressive beyond imagination—their nimble dance moves and humorous lyrics complemented each other, and really left an impression on me. It felt fresh. So seeing Cardi B’s tweet, it all came together, and I thought, “It’s them!!”

ATARASHII GAKKO’s international debut track NAINAINAI is a relatable one about feelings towards school life and pondering to yourself. Their incredible performance in the music video makes it look like a scene out of a drama series. Their latest song FREAKS was made in collaboration with Indonesian rapper Warren Hue and shows how amazing they really are even more so, coupled with some must-see artistic visuals.

On their official YouTube channel, you can watch a performance from them held back in June of last year where they played in an audience-less venue. In that show, you are of course hit by their powerful performance and singing abilities, but something else shines through too—their sense of humour. When the concert finished, I caught myself smiling on the blackened screen, and thought to myself, “So this is why people obsess over them.” The members create their own dance choreography, and recently released a video of themselves showcasing the choreography for Negative Fighter from their new single Hey!Say!JUMP. They don’t know when to stop!

So with it now being confirmed that Cardi B is captivated by them, it wouldn’t be an exaggeration to say that ATARASHII GAKKO!—whose charm attracts people from all angles—is garnering huge attention around the world right now.