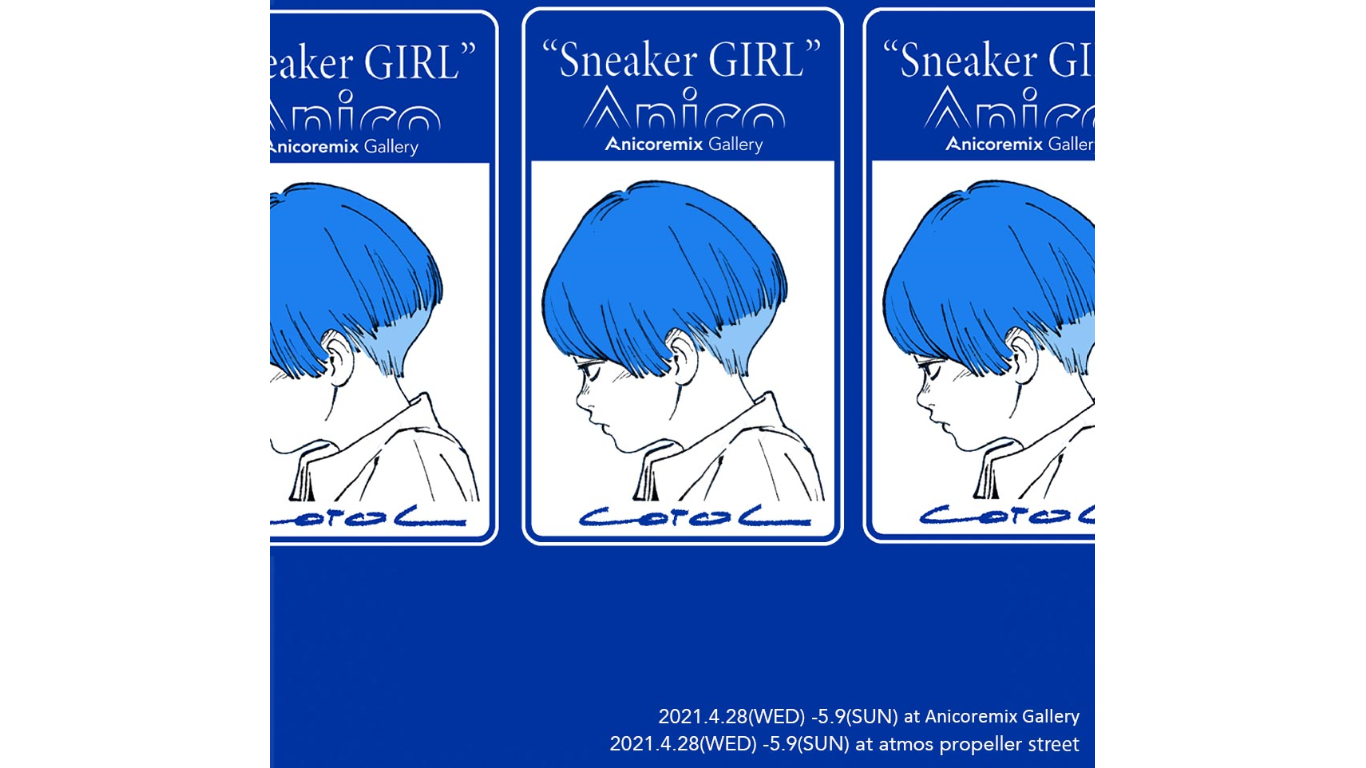 Japanese illustrator Cotoh Tsumi is now holding a solo exhibition of her iconic artwork at the atmos propeller street branch of Japanese sneaker select shop atmos in Tokyo. The exhibition, which is themed on girls wearing sneakers, is running until May 9. 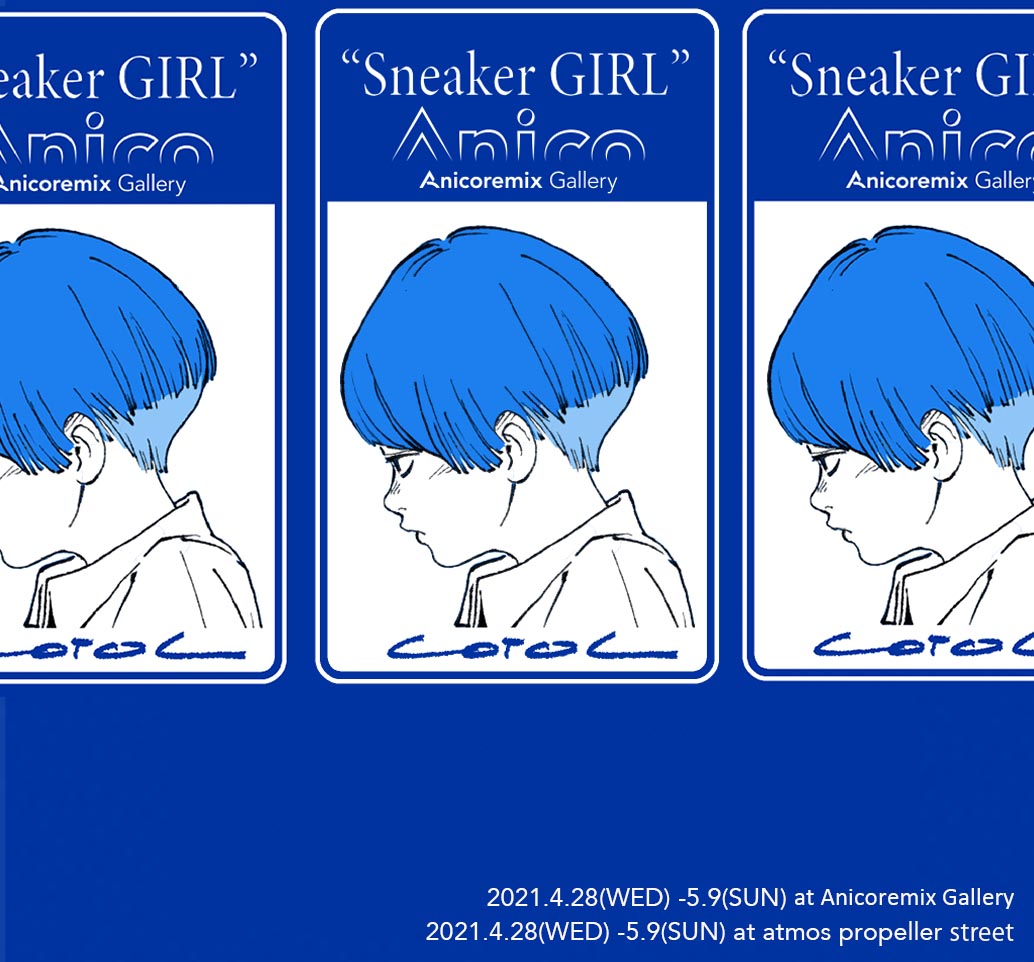 Cotoh Tsumi became well-known for creating the visuals for the Japanese music unit YOASOBI. They also created the main visual for the atmos con Vol.8 event held last month and even released a capsule collection. Now, their “q” exhibition is being held at atmos propeller street’s Anicoremix Gallery. The subheading for the exhibition reads, “You understand surface-level cuteness, but if you say you know anything about me, you’re a liar.” The exhibition brings together illustrations from the artist’s archive. 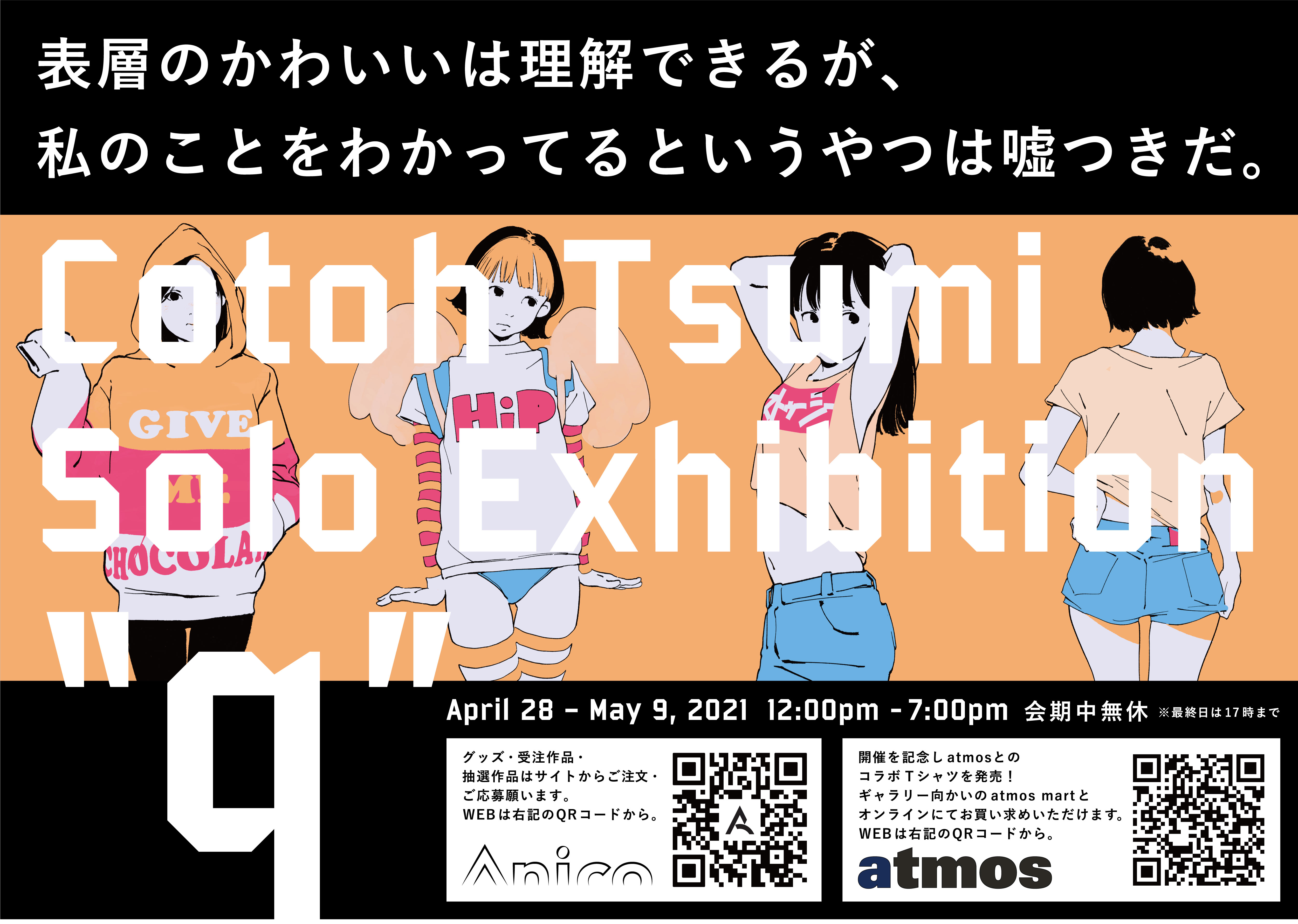 *Prior booking is required to enter Anicoremix Gallery