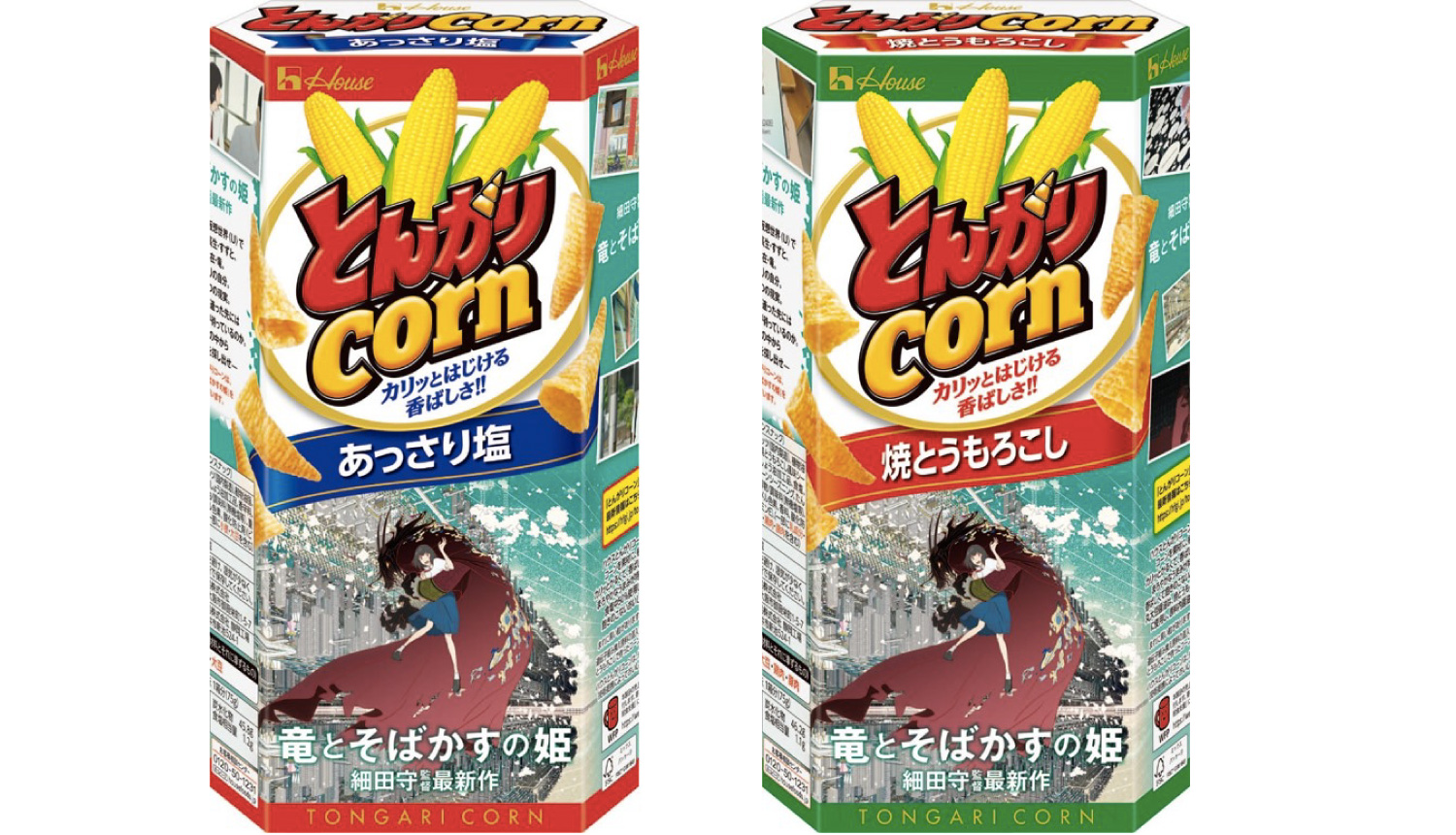 House Food Groups has announced that it will roll out limited-time packaging of its popular Tongari Corn snack in early July in collaboration with the upcoming anime film Belle which will be released in Japanese cinemas on July 16, 2021.

There will be six packaging designs in total with three each for both the salted and the grilled corn chips. The designs include the poster for the anime film on the front and scenes from the film and the 10th anniversary poster for Studio Chizu, who are animating the film, on the back.

The film is being directed by Mamoru Hosoda who is known for such hit anime films as The Girl Who Leapt Through Time (2006), Summer Wars (2009), Wolf Children (2012), The Boy and the Beast (2015), and of course his 2018 hit Mirai which was nominated for an Academy Award in the category Best Animated Feature Film at the 91st Academy Awards.

Studio Chizu describes the story: “The protagonist of this story, Suzu, is a 17-year old high school girl living with her father in a rural town of Kochi — their town is a textbook definition of depopulation in the Japanese countryside. Wounded by the loss of her mother at a young age, Suzu one day discovers the massive online world, “U,” and dives into this alternate reality as her avatar, Belle. Before long, all of U’s eyes are fixed on Belle (Suzu), when one day the mysterious and infamous Dragon-like figure appears before her.” 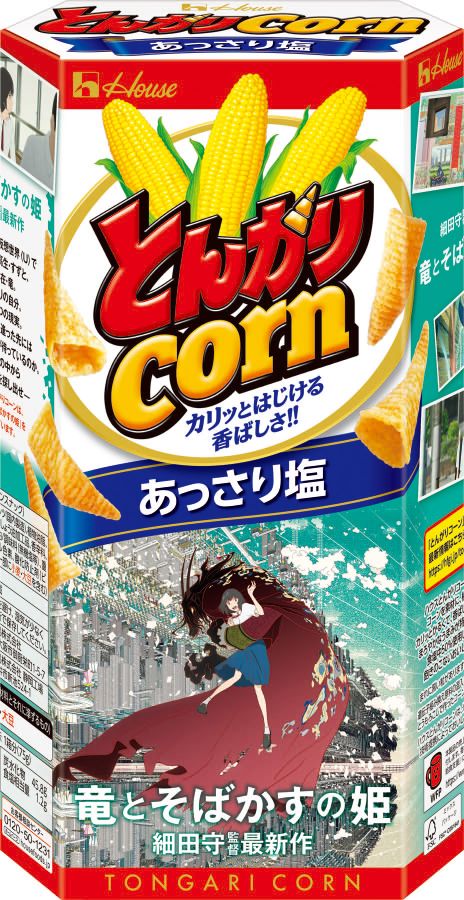 Delightfully seasoned with sea salt, 50% of which comes from the deep ocean, to perfection so you never get bored of the chip’s moreish flavour. 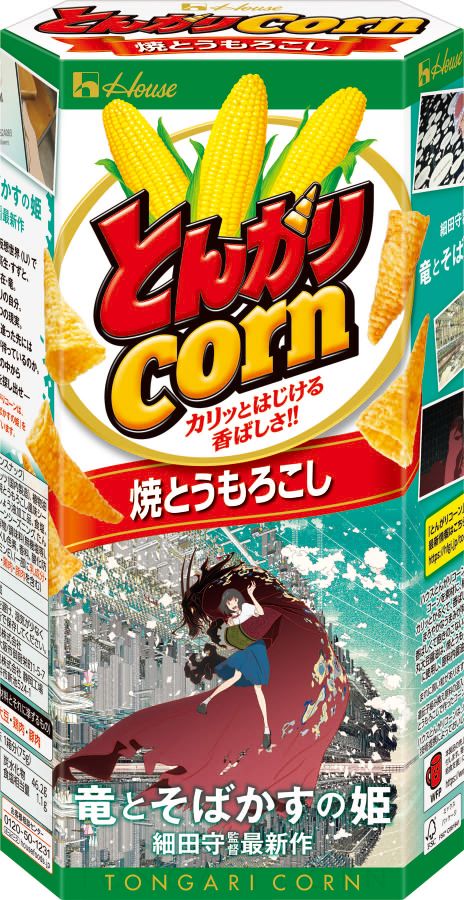 Enjoy a packet of Tongari Corn or some Japanese snacks while you watch Belle!