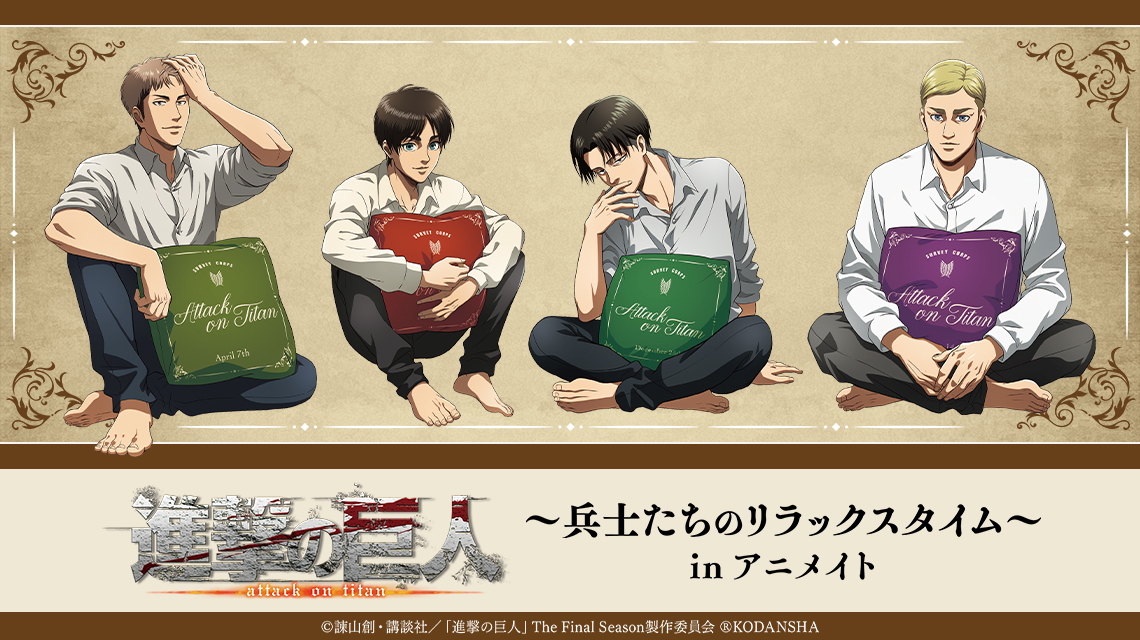 Anime and manga merchandise website ARMA BIANCA has announced a special Attack on Titan fair which includes the release of an original merchandise collection at Animate stores across Japan. The event, titled ‘Attack on Titan ~Survey Corps’ Relax Time~ in Animate,’ will run from August 21 to September 5.

Grab merch pre-sales at the event 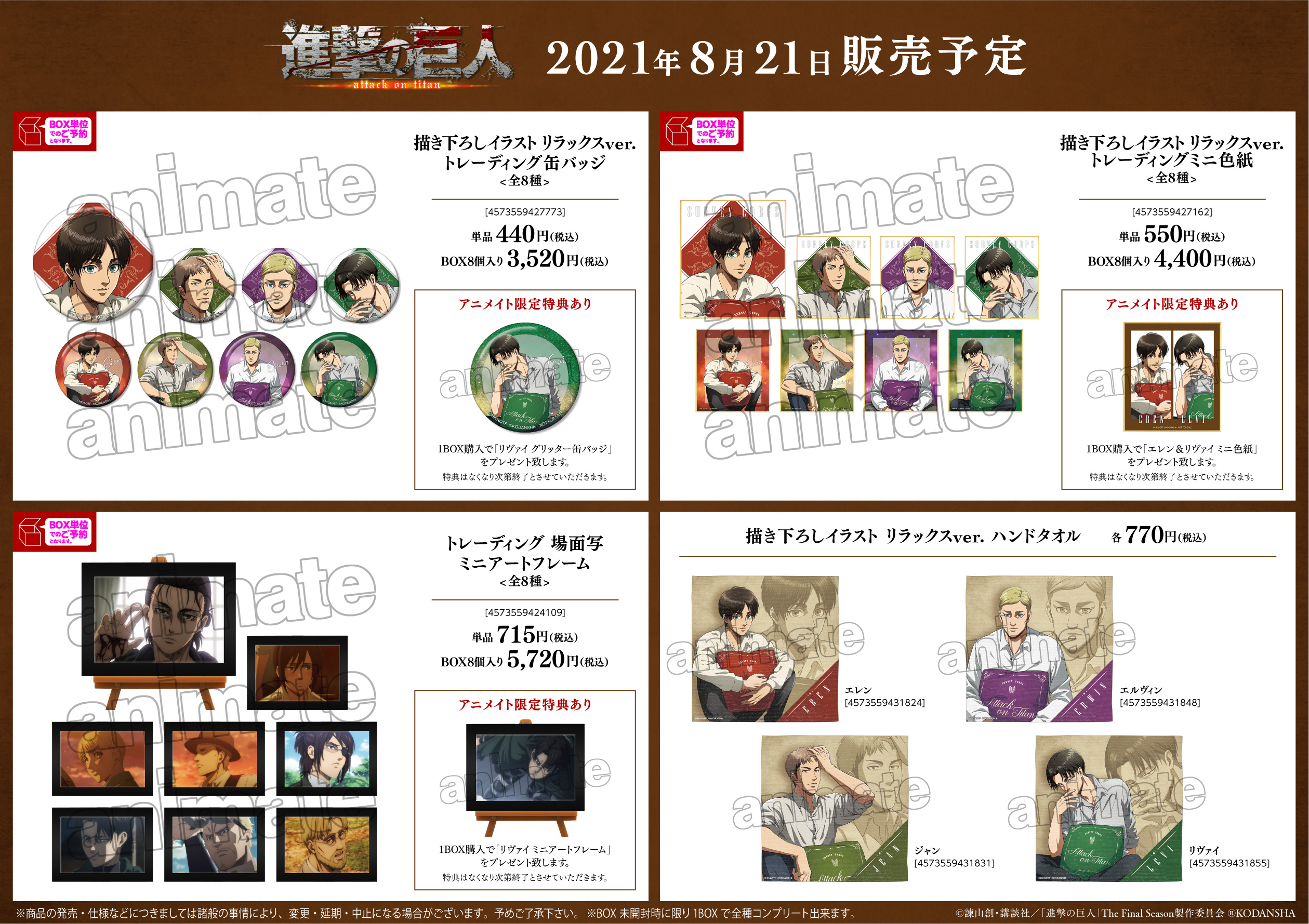 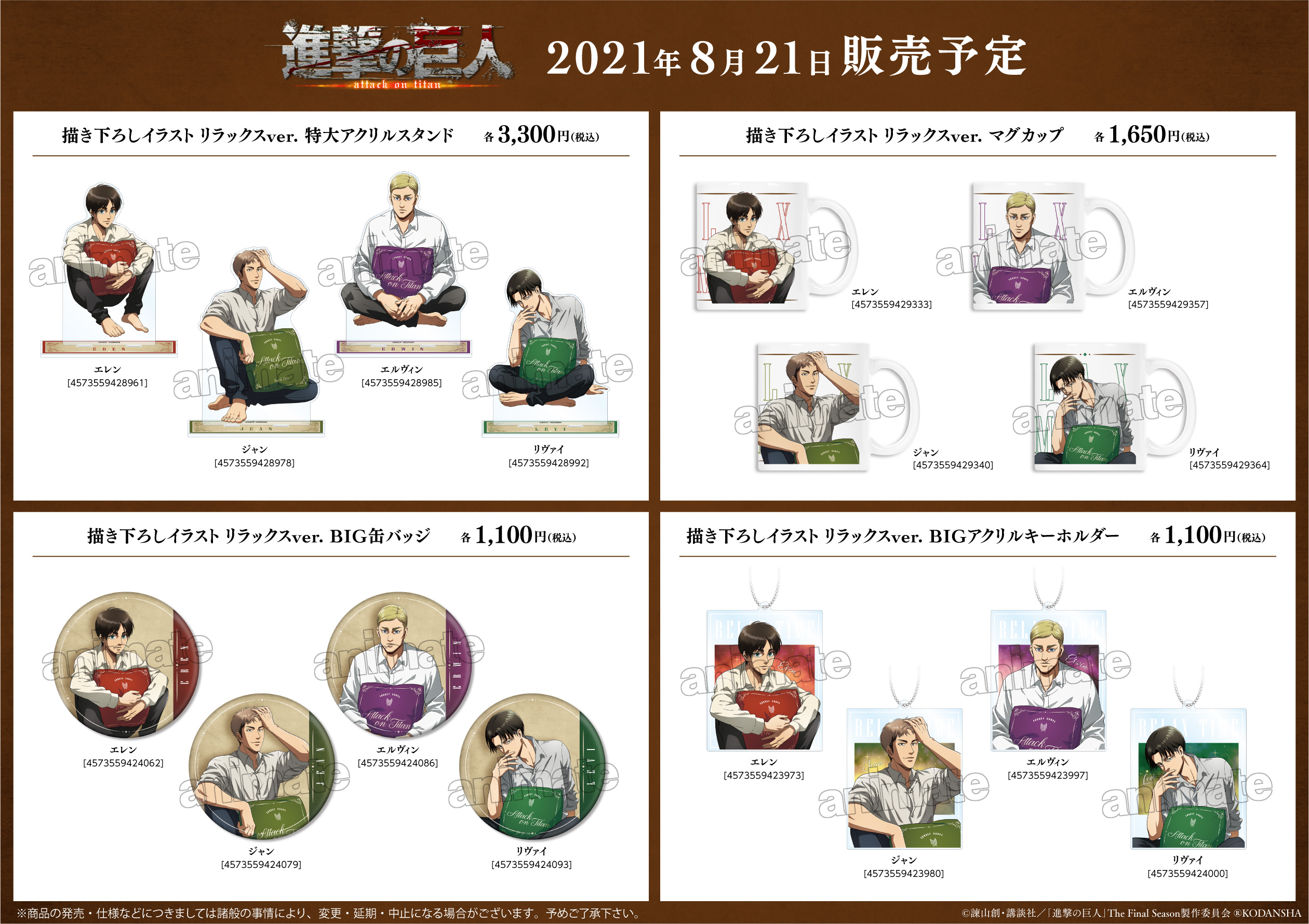 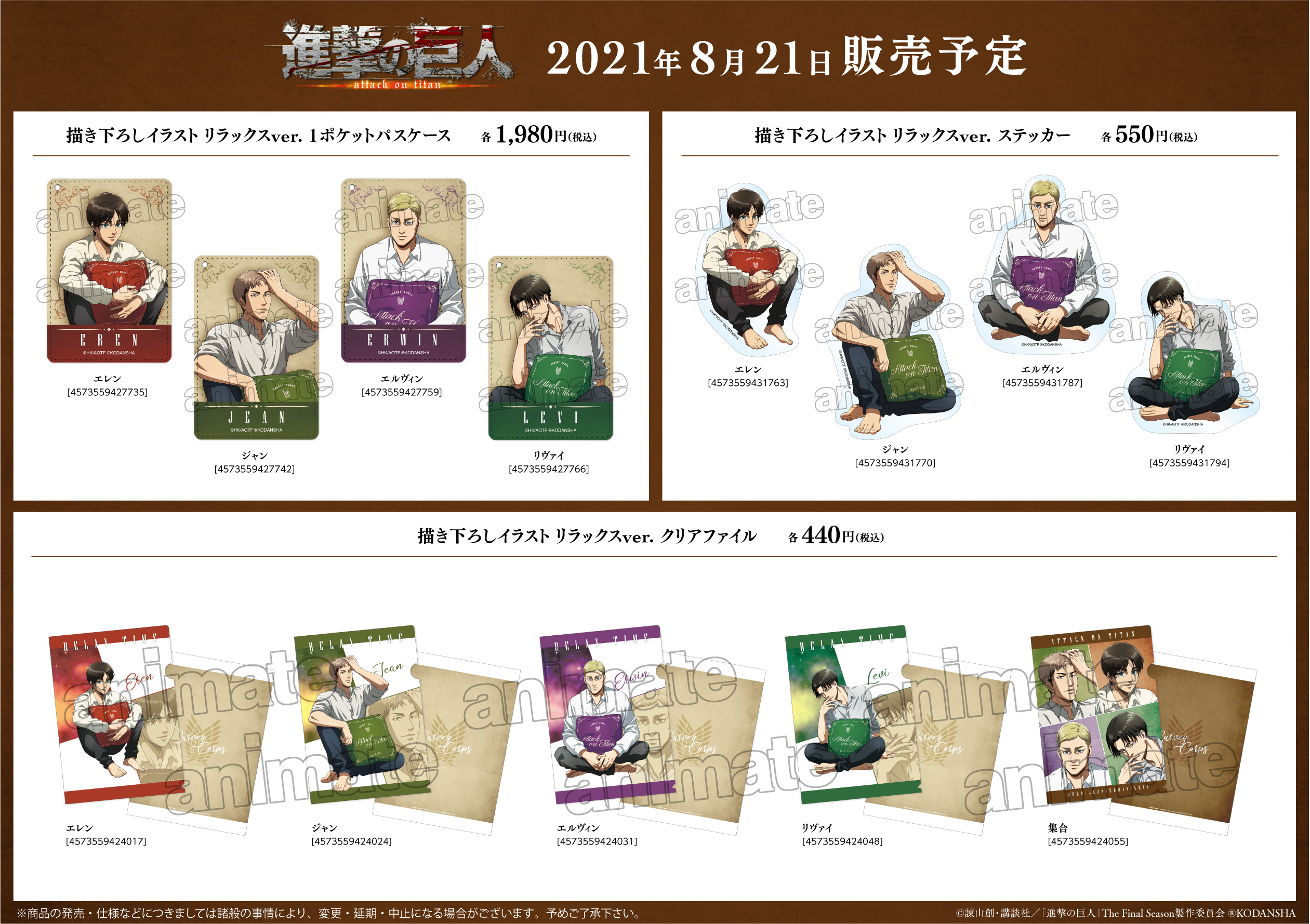 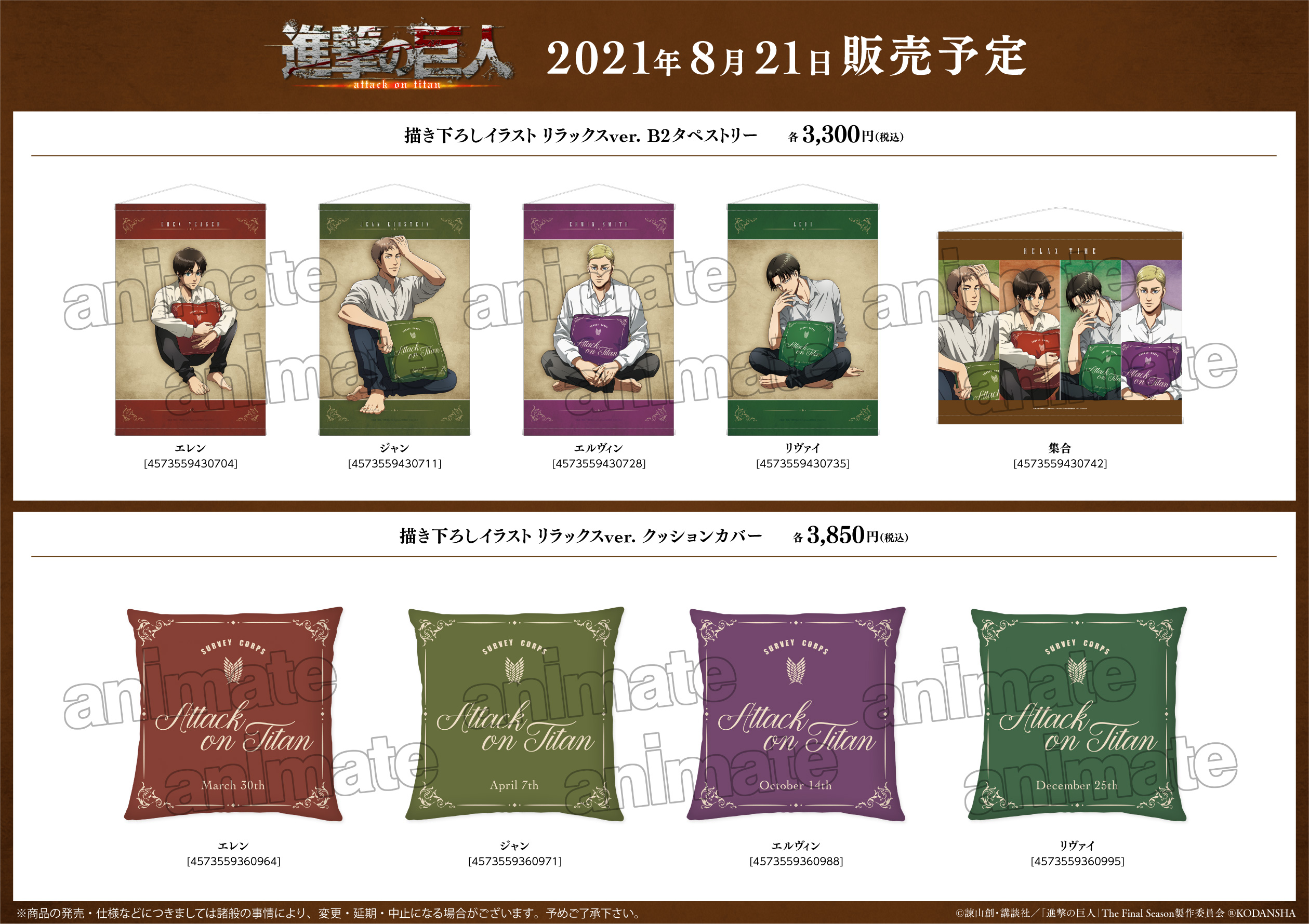 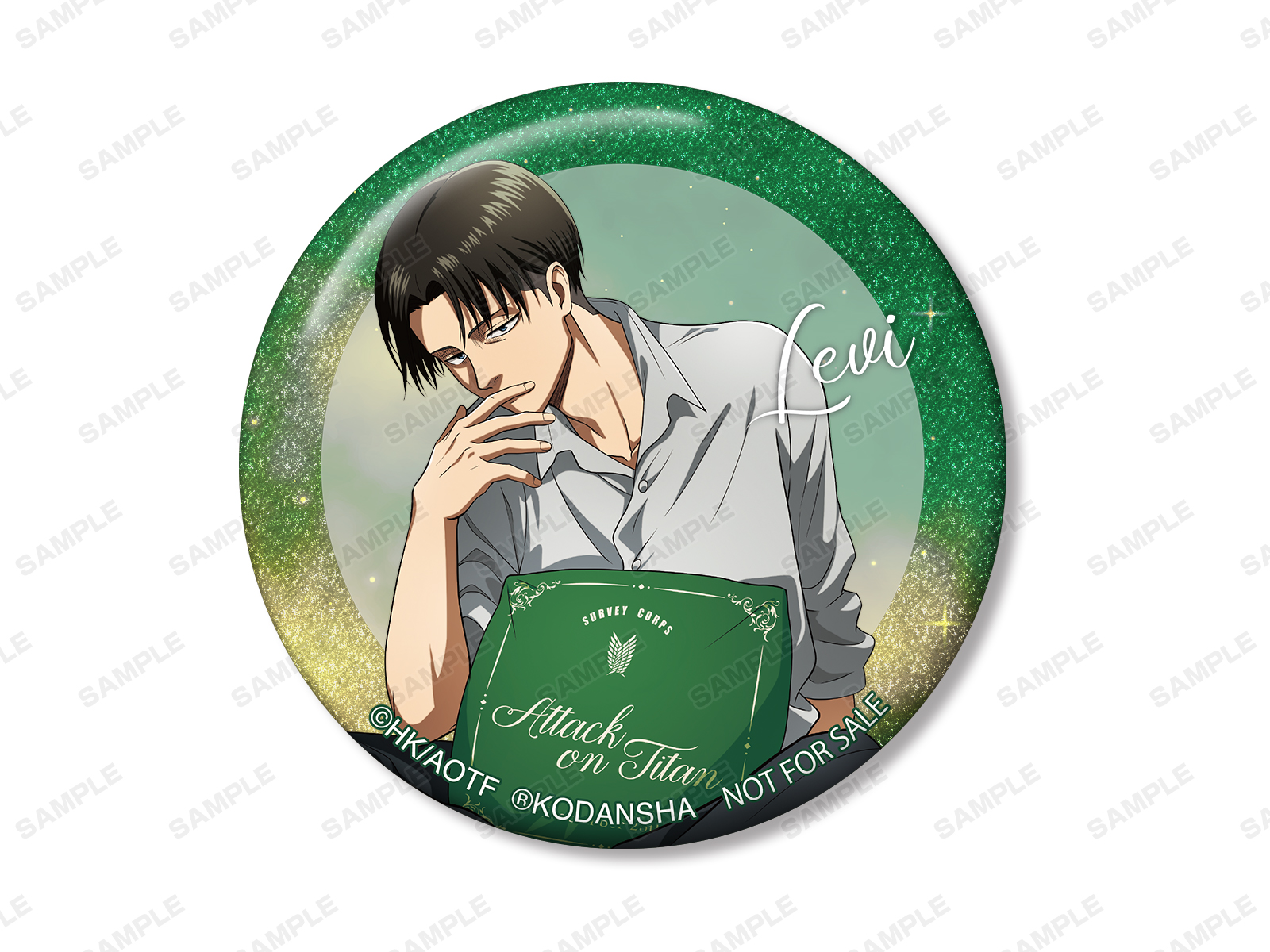 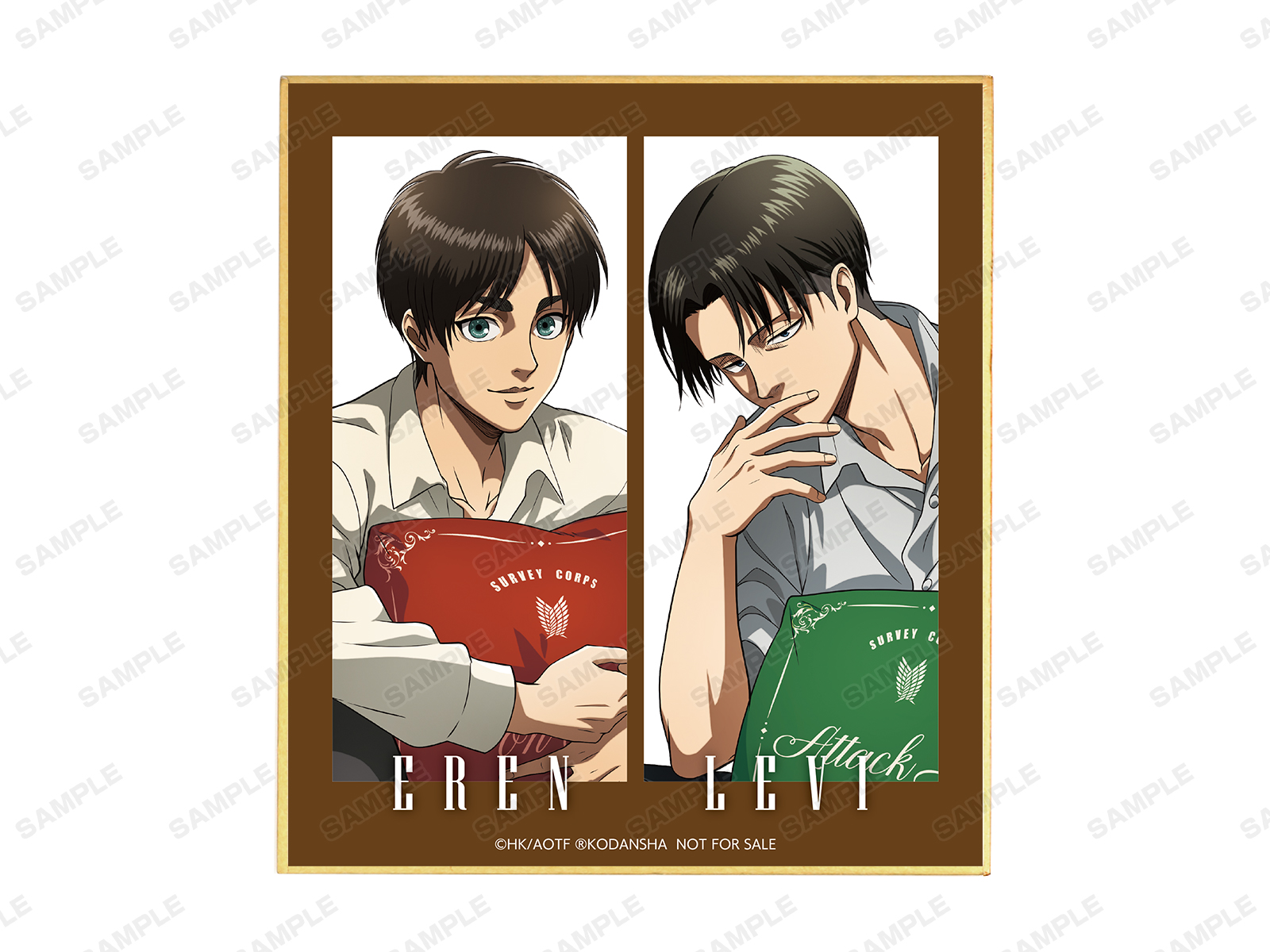 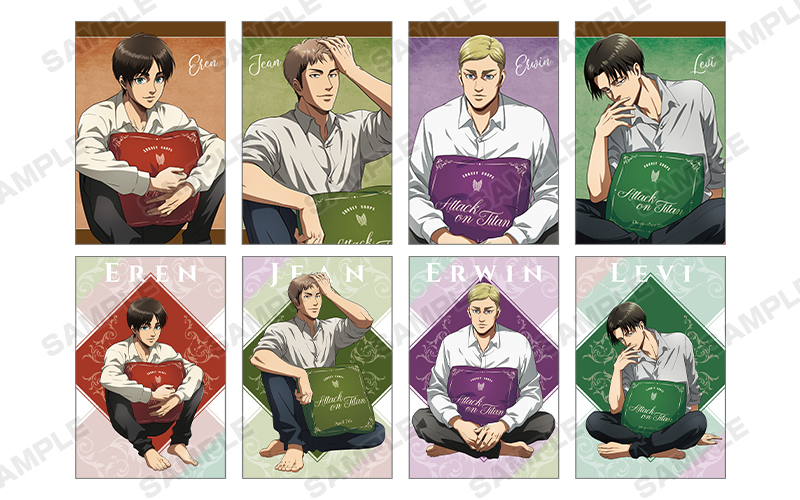 Fans of the anime series can get the hands on pre-sales of a bounty of merch as well as exclusive items. Grab your maneuver gear and blast your way to Animate this summer.