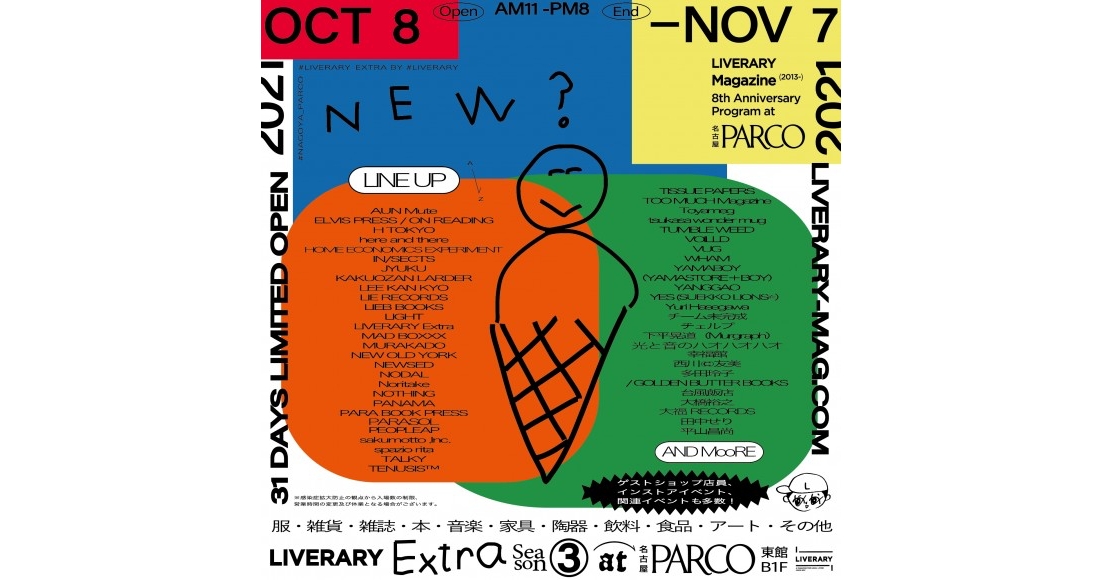 Considering the “Strange Convenience Store” theme of Nagoya-based media site ‘LIVERARY Extra,’ if the site was to jump from the internet into the real world, what would it look like? Now you can find out with this upcoming project! The site was formed in Sakaechika Central Park in 2018, before appearing at the TAC MATE convenience store in Okazaki City, Aichi Prefecture in 2019. In 2020, a pop up store was opened on the first floor of Shibuya PARCO’s COMING SOON zone, fully representing Nagoya culture.

Now, to celebrate their eighth anniversary, LIVERARY will be hosting over 50 brands in their largest pop up event yet. The store will host brands, creators, and artists who are local to or represent Nagoya culture. A variety of projects and exhibitions will be held at the event too, so don’t miss it!