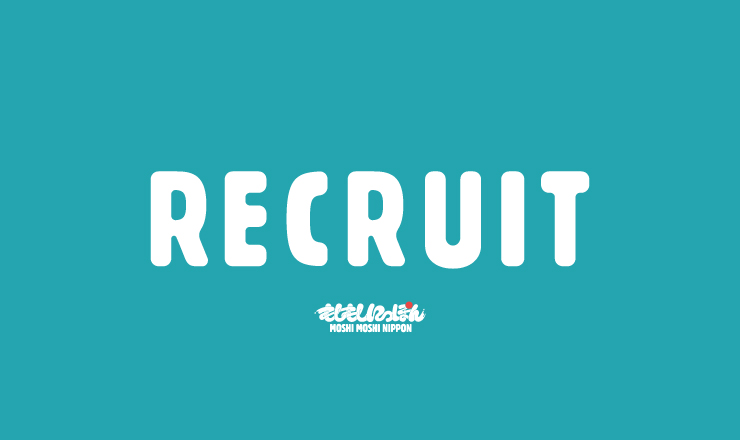 We are looking for Japanese to English Translators to join the team at MOSHI MOSHI NIPPON to translate web content for ASOBISYSTEM’s MOSHI MOSHI NIPPON Project which promotes Japanese pop culture to people around the world. You will join a team of international staff stationed in various locations around the world. The office is based in Harajuku, but the position is offered as part-time remote so you can join us wherever you are in the world.

If you love Japanese pop culture like we do, we’d love to have you on board!

Japanese to English translation of news articles on a diverse range of topics related to Japanese culture and pop culture, MMN original articles, and other possible ad hoc translations.

・Excellent verbal and written communication skills in English and Japanese

・You’re a wordsmith with strong writing skills who can turn source text into natural, interesting, and engaging reads that aren’t translated literally

・Experience with WordPress and Tweetdeck

This is a part-time position. As this position is remote, we welcome people of all nationalities and age regardless of which country you are based in.

Please send us your CV and cover letter in English to the email address below. If you have previous Japanese to English translation experience, please send copies of 3 examples of your work.