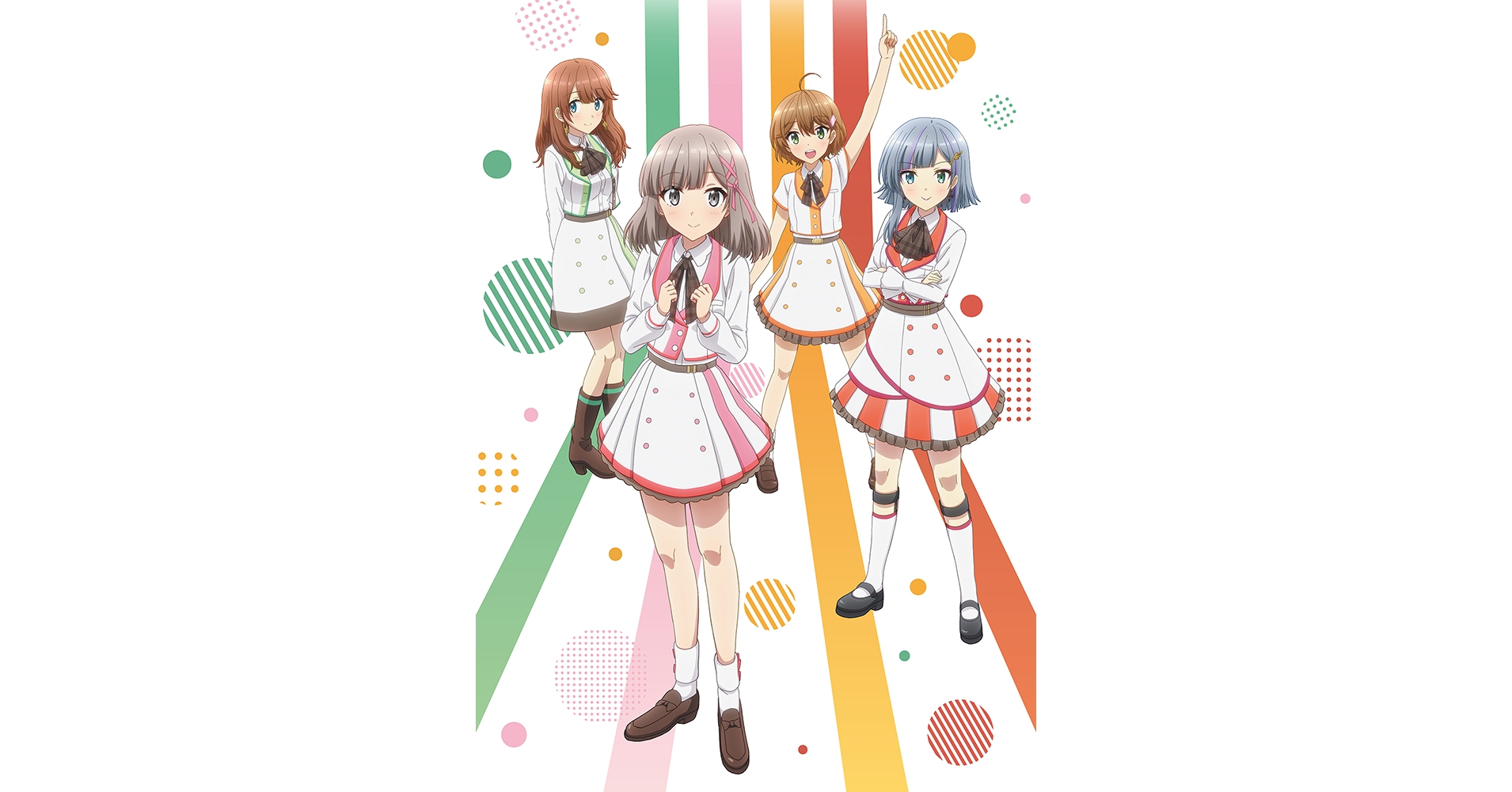 Upcoming anime series CUE! has released a new key visual and promotional video ahead of its scheduled broadcast on January 7, 2022.

Based on the smartphone app of the same name, the series revolves around a group of up-and-coming voice actresses. Originally released in October 2019, the game temporarily ended service in April 2021 to revise gameplay elements.

The new promotional video shows the girls talking about life as full-fledged voice actresses and detailing the hardships, setbacks, and conflicts that come from a life in showbiz.

The series follows four distinct voice actress groups–Flower, Bird, Wind, and Moon. The new key visual shows each of the group’s leaders (Haruna Mutsuishi, Yuki Tendo, Miharu Yomine, and Rie Maruyama). A special livestream will be held ahead of the January 7 broadcast featuring the leader’s voice actresses, so be sure to tune in!