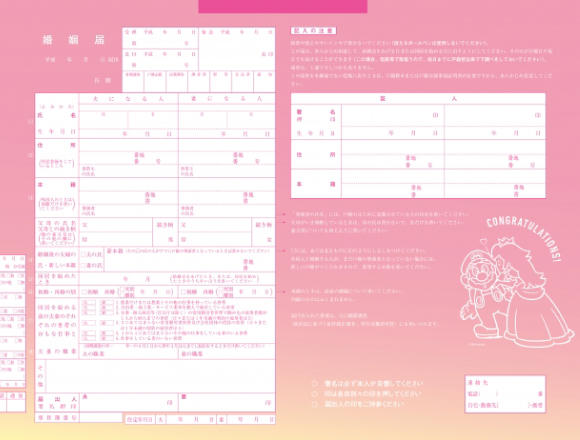 Zexy Kaigai Wedding was released on Wednesday 23rd August. Over more than 30 years, fans have grown a bond with the Super Mario Bros characters, who were born into the world in 1985. This edition, the familiar faces of Mario and Princess Peach will be making a special appearance! In addition, the wedding-styled Princess Peach and Mario are set for Hawaii with the Hawaii-themed travel brochure. There is also a waterproof case included! In the travel brochure, Mario has transformed from a plumber in his usual overalls to a stunning and handsome groom! You must see!

This couple has been loved by the world for more than 30 years – the game star Mario with his high-pitched Princess… How about using your wedding registration form?!

Release date: 23rd August nationwide (Circulated mainly in the seven major cities, some areas may not be reached).