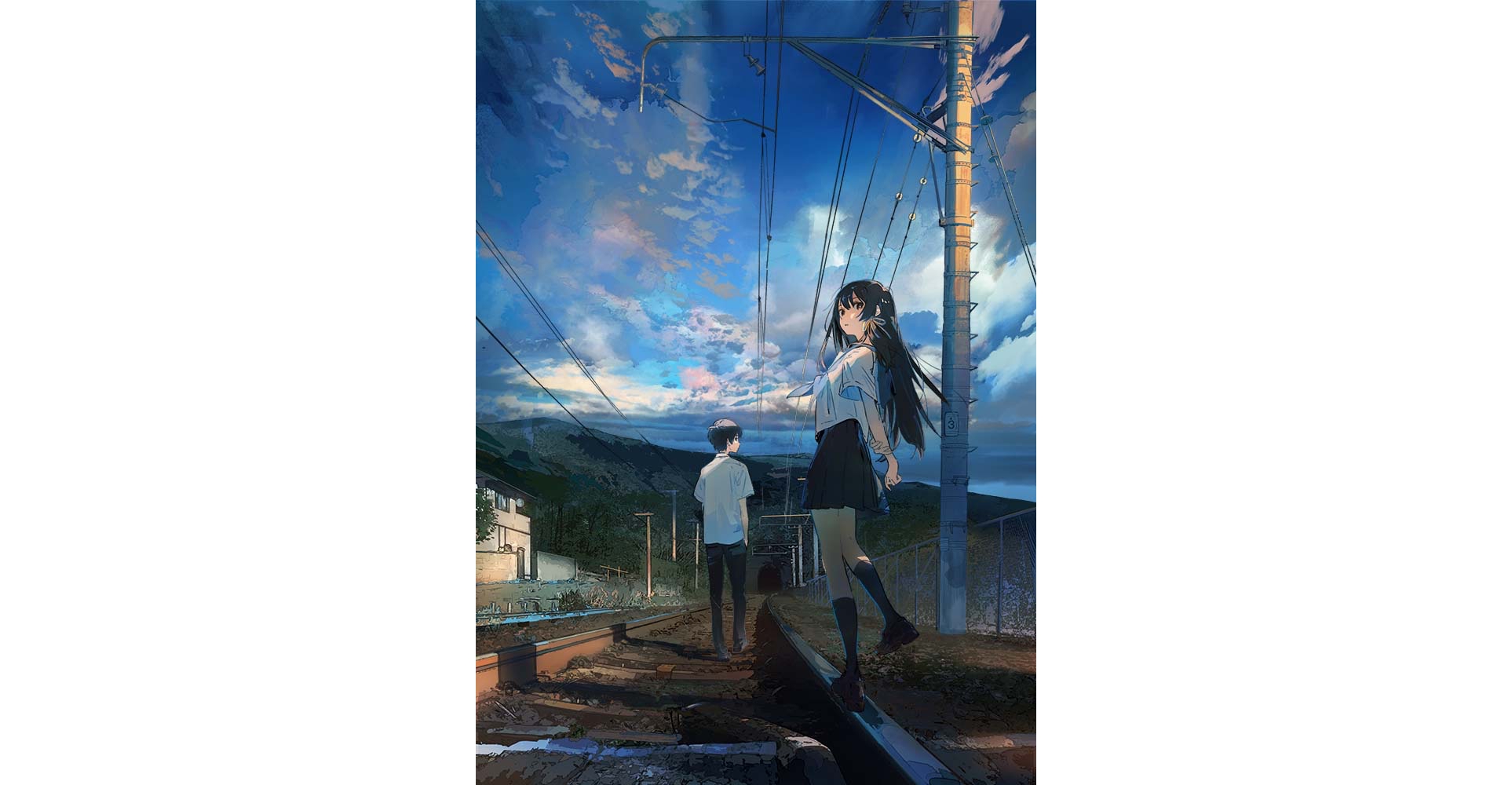 The official website for Shogakukan’s anime film of Mei Hachimoku and Kukka’s The Tunnel to Summer, the Exit of Goodbye light novel has posted a teaser trailer and teaser poster for the film. The teaser features the two main characters voiced by Oji Suzuka and Marie Iitoyo.

The original light novel was released in July 2019, and ranked #9 in the bunkobon category of the 2020 edition of Takarajimasha’s This Light Novel is Amazing! guidebook.

The story follows Tono Kaoru, who hears a strange rumor one day: The laws of space and time mean nothing to the Urashima Tunnel. If you find it, walk through and you’ll find your heart’s desire on the other side…in exchange for years of your own life. On the night Kaoru just so happens to find himself standing in front of a tunnel that looks suspiciously like the one the rumor describes, he finds himself thinking of Karen, the sister he lost in an accident five years ago. To Kaoru’s surprise, he’s been followed by the new transfer student Anzu Hanaki, who promises to help him experiment with the mysterious tunnel–but what does she want from Kaoru in exchange? And what will he have left to give, after the tunnel’s done with him?

The 30-second teaser trailer features a flurry of emotional lines from the two main characters: “I’ll get you back from that summer,” “This is a secret between us,” and “I thought we could leave this world behind.” What is the truth behind the tunnel? You’ll want to see this beautiful film to find out.

Harumi Fuuki (Miss Hokusai, Forest of Piano, Tsurune) is composing the music. The pianist and composer graduated at the top of her class from Kunitachi College of Music, where she majored in composition. Over the years, she has composed music for over 30 TV series and anime series. She is the youngest-ever winner of the 36th Japan Academy Prize for Best Music Award, winning for the film Chronicle of my Mother in 2011.

The teaser poster features a new visual created by illustrator Kukka, who worked on the original light novel. Those buying advanced tickets will receive a clear folder with the new poster image.

The light novel will be published in English on May 10, and the first volume of the manga series is set to release in the west on July 26.

See you at the theater in September!

The Tunnel to Summer, the Exit of Goodbye