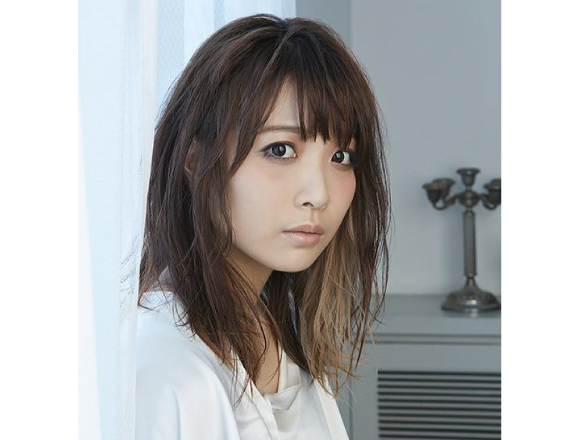 “I want to sing songs that will become everybody’s main theme.” May’n began her activity as a singer back in 2004 based on this very desire. Since then, she has gone on to leave her mark on the world stage, having embarked on an Asia tour, a world tour, a tour around all 47 prefectures in Japan, not to mention a solo concert at the world-renowned Nippon Budokan. —Your appearance at J-POP SUMMIT is drawing close, isn’t it?

It’s been 3 years since I’ve performed there, so I want to give it my all like I really have been away for 3 years. Back then it was held outdoors, but this time it’ll be indoors. It also seems like I will have more stage time, so I want to deliver the full package of something much closer to my regular live shows.

—Is there anything that has held a place in your heart these past 3 years?

The last time I was given the opportunity to perform at J-POP SUMMIT. I was on my 10-year anniversary world tour. Experiencing it was like I had reached a plateau, like all of the scary things had disappeared, in a good way… It was as if I had started from the very beginning again.

—So, you’ve gone through changes these past 3 years?

When I reached my 10th year, I started thinking deeply about the kind of image I want perceive for myself as May’n, what kind of figure I want to become for everyone else – those kinds of ideals. But I settled on believing in my own feelings and in my fans to do the things I love. When I look back at photos on stage, I think how happy my face looks (laughs).

—Do you think you have become free in expressing yourself in recent years?

I’ve wanted to be an artist since I was 3 years old, so I think I’ve always been pursuing that ideal. Especially during the time when I did the singing voice for Sheryl Nome, the Galactic Fairy from “Macross Frontier.” I was desperate in trying to become like her.

That’s correct. Thinking about it now, it started back when my teacher praised me at Parent’s Day (laughs). My mother saw that I loved songs and let me go to a concert at 3 years old. From there it was set in stone – I loved songs. Even now, my kindergarten teacher from back then comes to my concerts.

My true self, which my mother and teacher know about, does have its relatively idle moments, but when I look back, I think I might have stifled my true nature until the moment of my 10th anniversary. I’m concentrating on looking after my throat, and it seems taking a break has been a huge turning point for me.