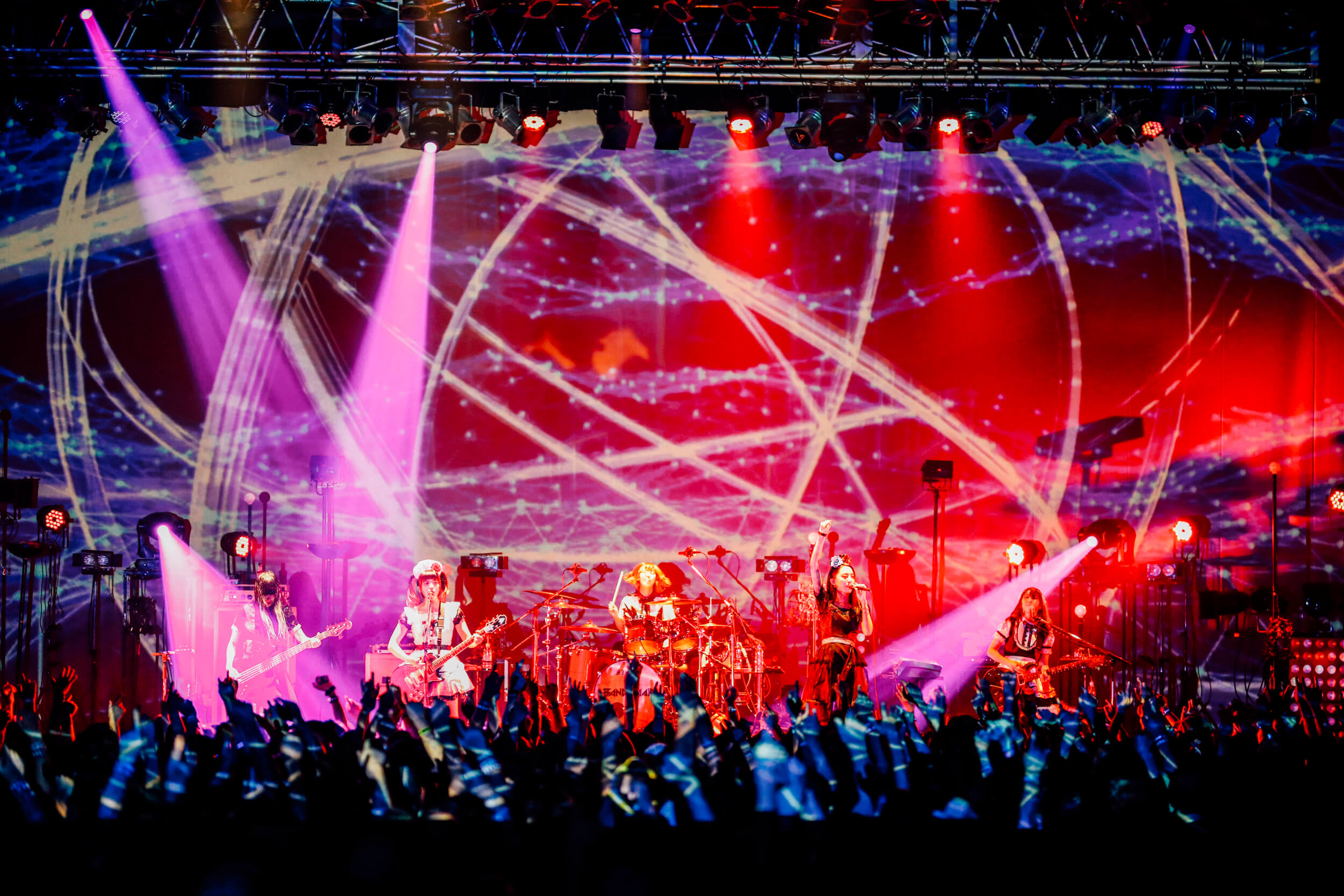 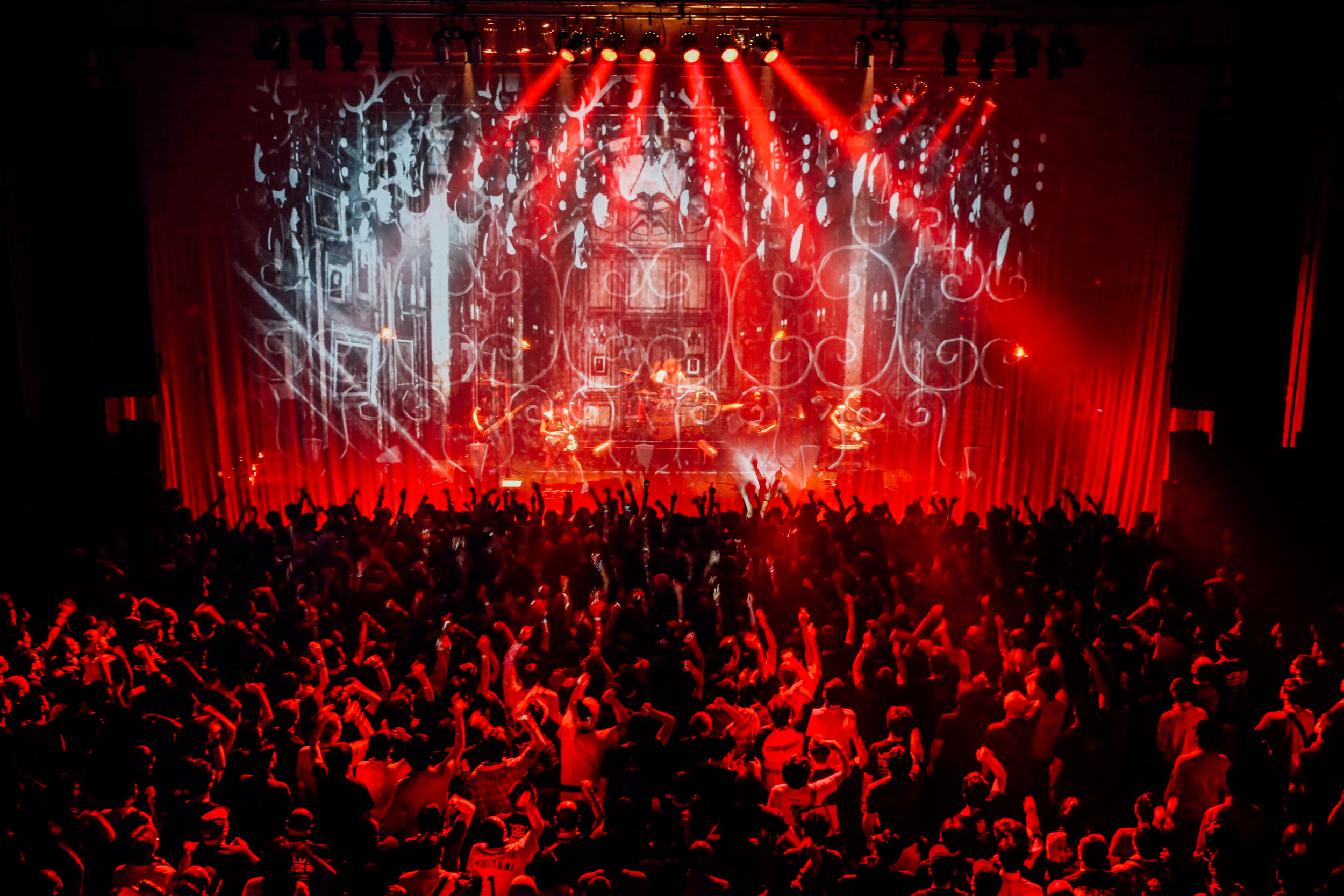 Tickets to this show sold out completely. On stage, the image of a dilapidated Western European style house was project before the excited masters and princesses. It was very much something you would imagine from BAND-MAID who had been in preparation for the start of their world tour.

Anticipation was swelling throughout the crowd ready to burst at the ring of any sound that would signal the beginning of a never-before-seen performance from BAND-MAID. It was at this point during the hustle of the people that the sound effects tolled, and out from the projected flames of the gauze curtains stepped each member. They chimed in with the intro for DICE, indicating the outset of BAND-MAID’s long tour.

The roaring sound the members put out amalgamated with the screen visuals, giving way to an outlandish display of rock ‘n’ roll that perfectly marries together maids with rock music. 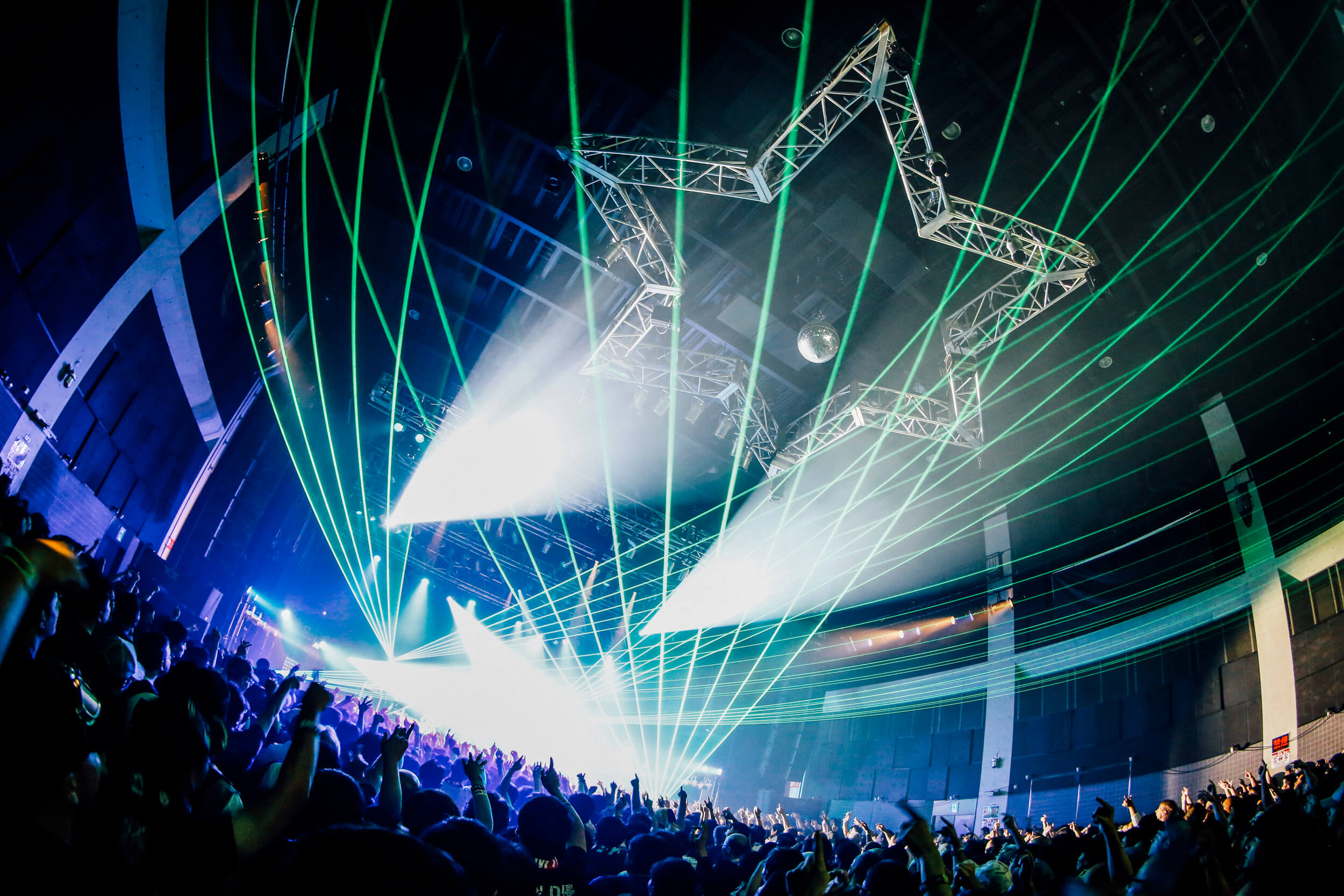 When they entered the third song Moratorium, the curtains fell to the floor, and simultaneously the beams of fantastic lasers penetrated the room. Vocalist Saiki stirred the crowed even more as she shouted (in Japanese), “Let’s go!!”

Guitarist and vocalist Miku Kobato welcomed the crowd after the sixth song: “Welcome. To BAND-MAID’s Serving!!” This signaled the end of the show’s opening sequence and start of the Serving’s main course. ‘Serving’ is what the band call their concerts, a reference to their maid personas. 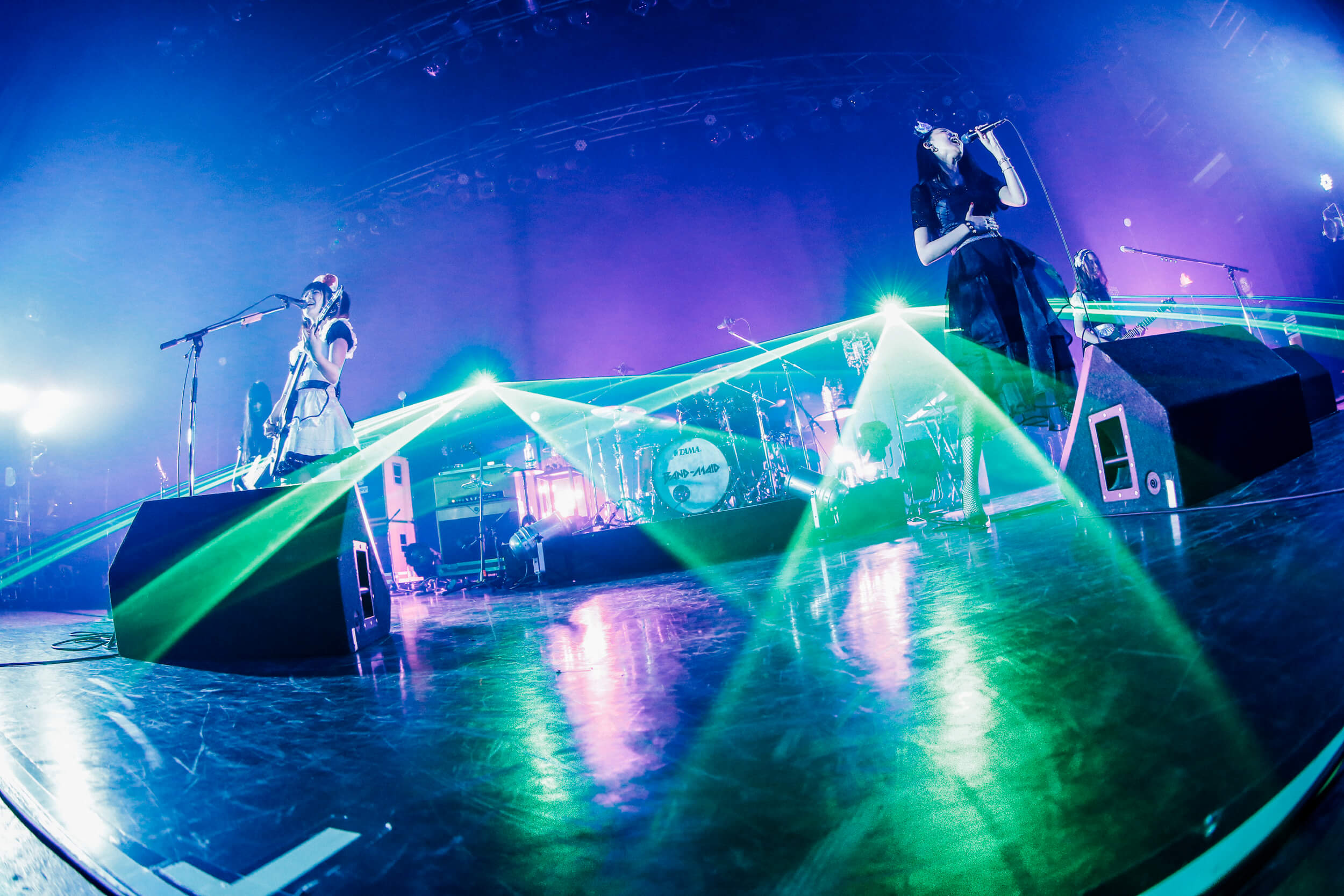 The band continued hard rock songs until all of a sudden the notes of a sentimental piano pierced the room.

Guitarist KANAMI was stood before a keyboard at which she performed the band’s third single start over which was released on July 25. She displayed her ability to skillfully play both the keyboard and guitar. She continued like that for Daydreaming.

The vocals and music of the middle section of the Serving permeated the bodies of the masters and princesses with a feeling of comfort. 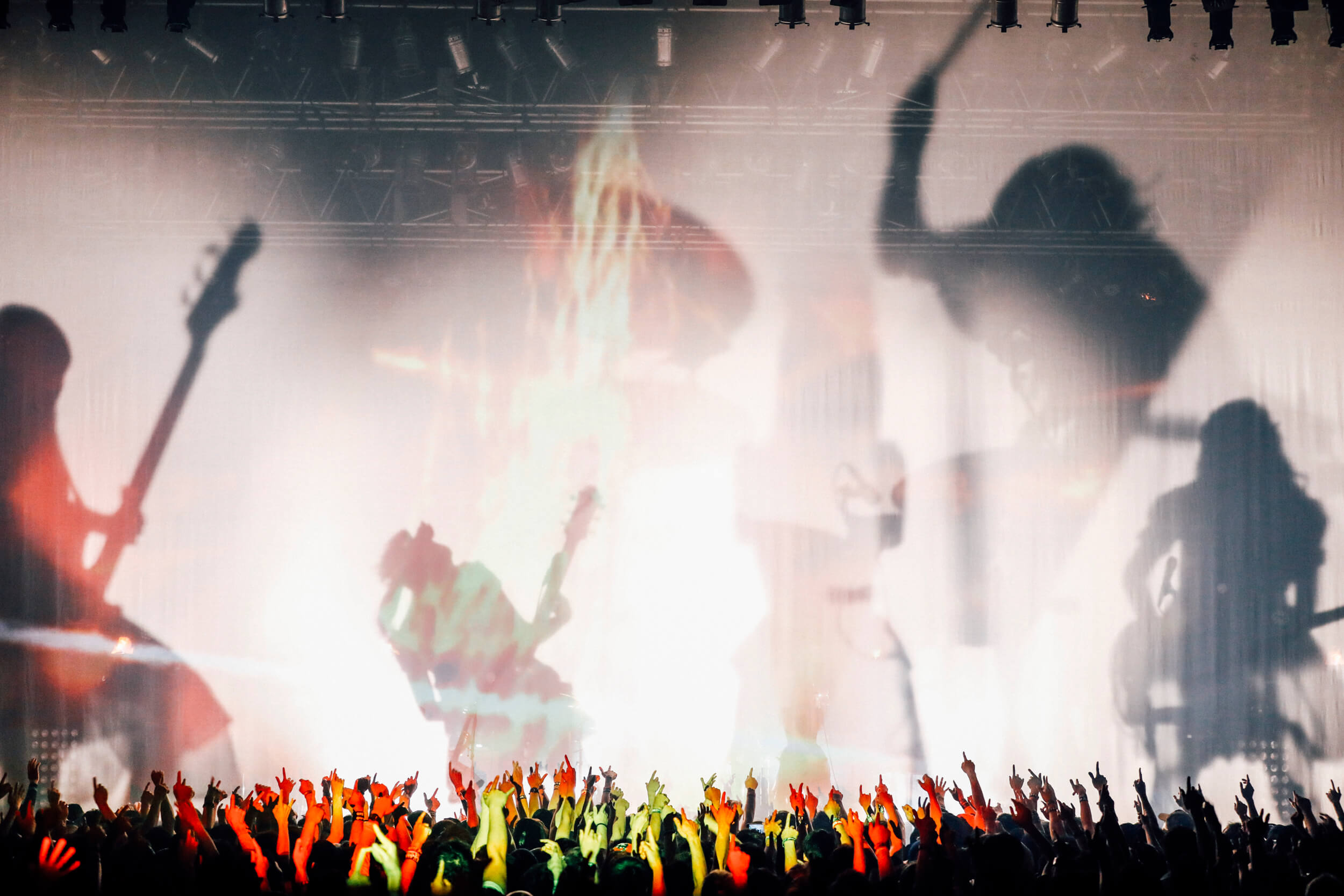 But Saiki sliced that relaxing atmosphere by announcing to everyone, “We brought a new song with us.” For the first time ever, BAND-MAID performed their new song glory which is the upcoming new ending theme for the anime series Yu-Gi-Oh! VRAINS.

Despite it being the first performance, the masters and princesses made sure to shake the building with a fiery zeal.

Saiki left the stage and the rest of the band played the instrumental track Onset. They also performed Rock in me which Kobato is in charge of the vocals for, showcasing BAND-MAID’s diverse box of surprises. Saiki returned to the stage by herself and said, “Our Shinryaku Tour has started, hasn’t it? Thanks to everyone here our first night sold out!”

This was the first time in the band’s career that Saiki had spoken to the crowd on stage alone. Wondering whether she had finally come to bear being able to speak on stage, she showed her playful side by calling Kobato back on stage with her a gain. When Kobato appeared she did her classic ‘Omajinai Time’ which she performs at every concert where she gets the crowd to repeat the words “Moe Moe” and “Kyun Kyun.” 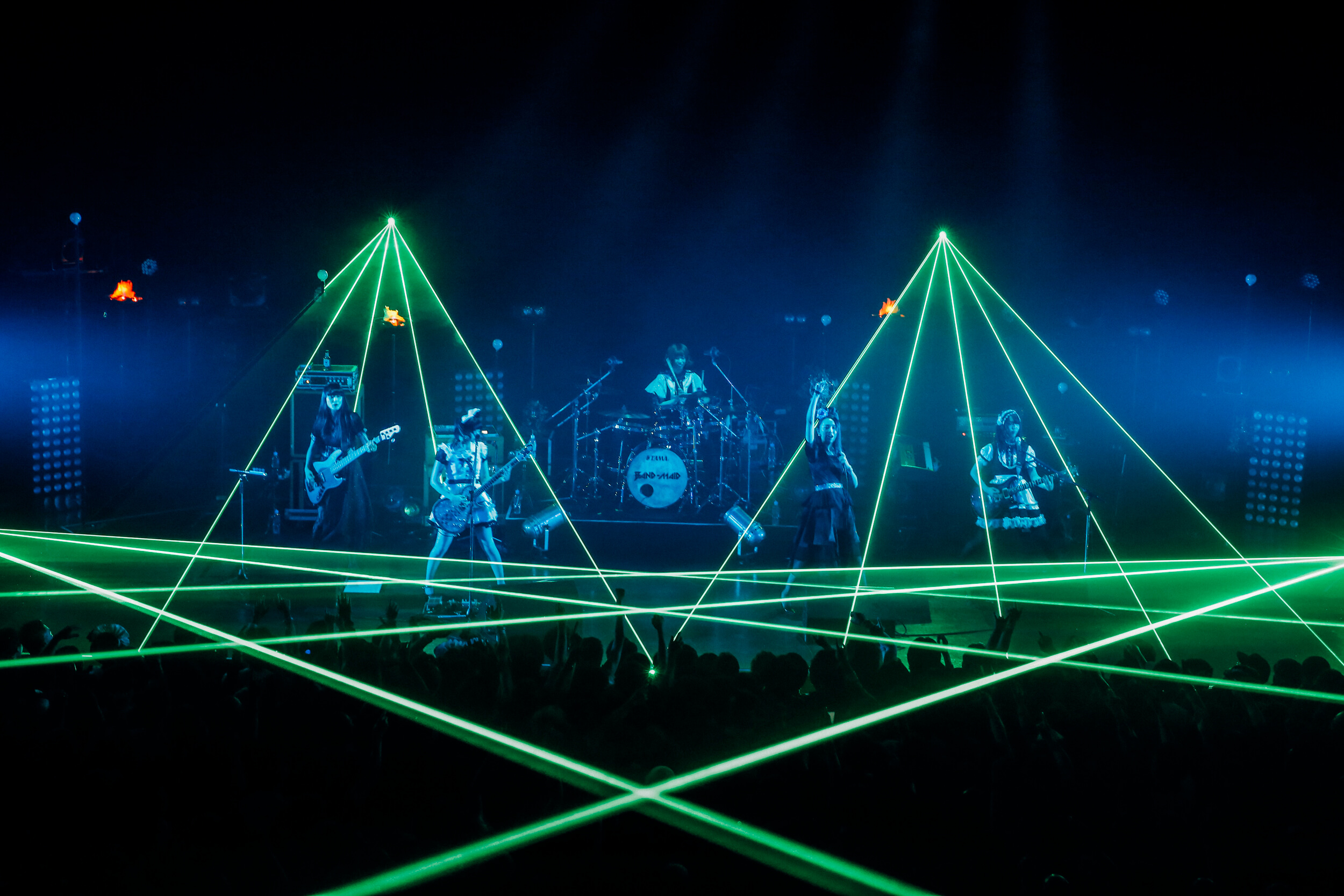 The final course of the Serving was now in sight, so the members once again stimulated the excitement of their masters and princesses with a bellowing string of songs. During Play each member showed off their instrument skills in solos before wrapping up the set with Don’t you tell ME, rolling the carpet back up on what was a very successful start to their biggest tour. 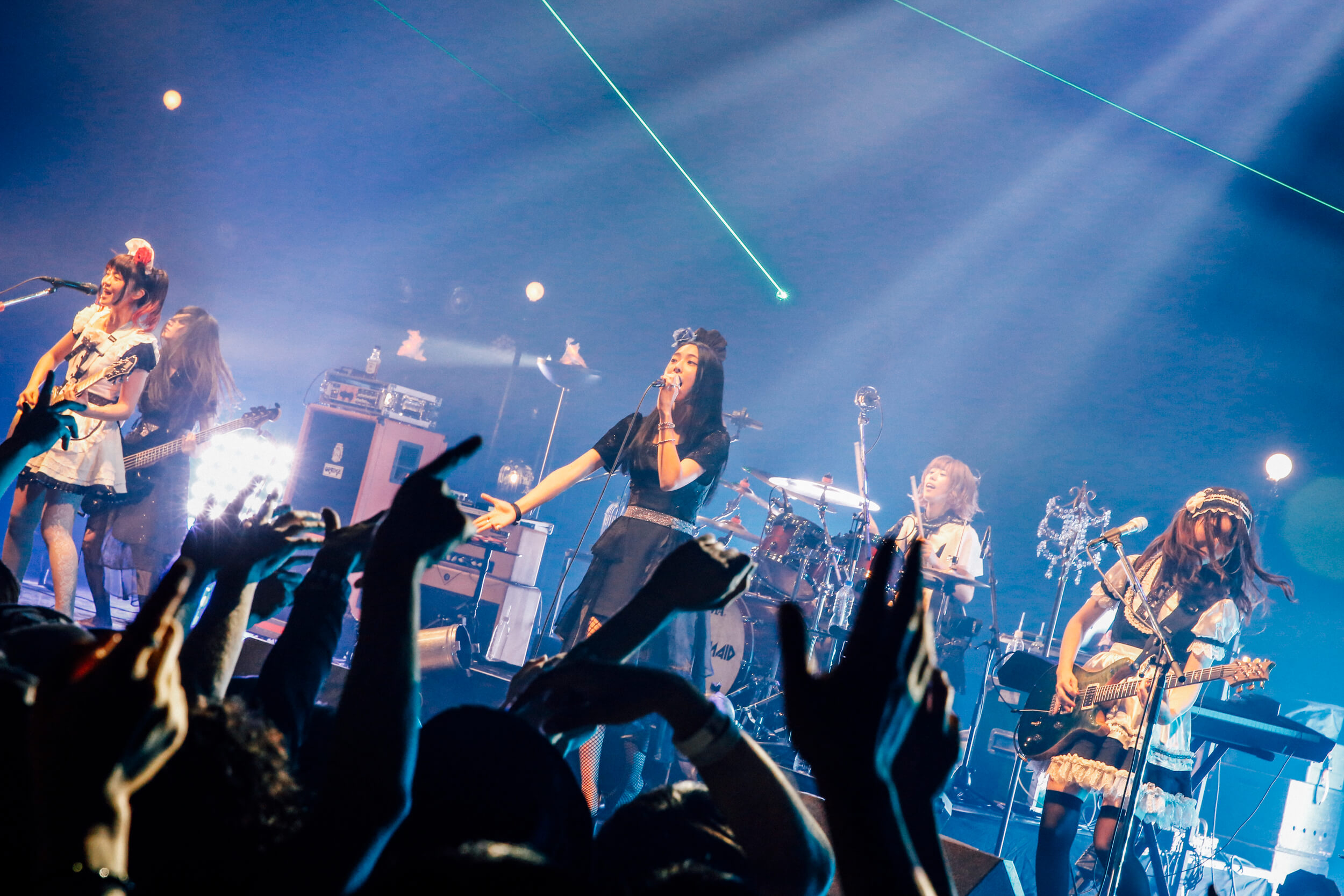 The fans were of course caught in a whirlpool of elation as they watched this overwhelming performance, but what left the biggest impression was the facial expressions of the BAND-MAID members who were enjoying the Serving themselves too. What’s more is how their performance skills have increased remarkably. It felt like they had given rise to new possibilities with their shows. This striking first day of the tour was like they were showing they had entered a new era in their career as a band. 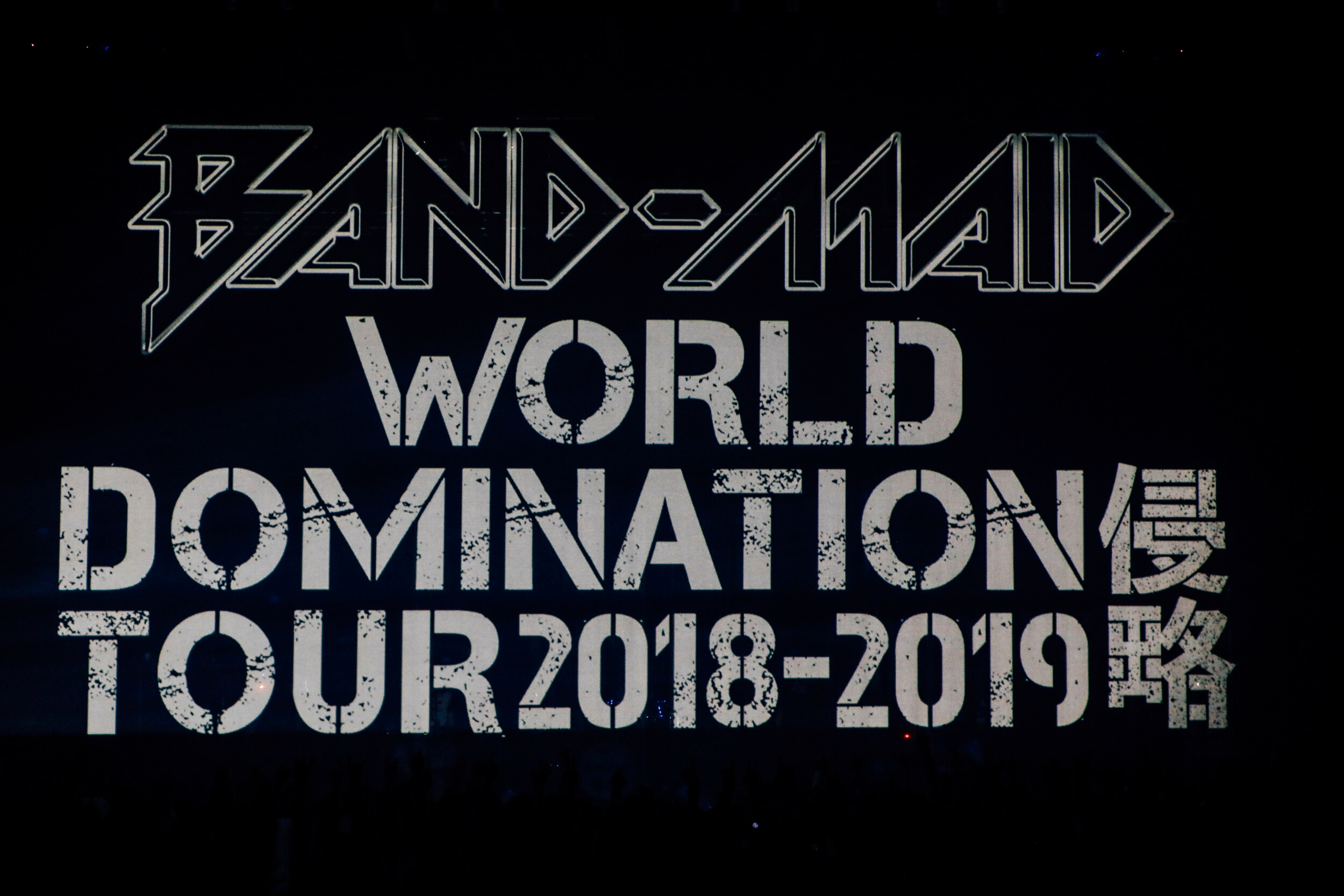 This tour will take BAND-MAID across the rest of Japan before they embark overseas to play for their foreign fans.

If they’re coming to a city near you, don’t miss out on this historical moment to see BAND-MAID showing their true worth and evolution.

Next » BAND-MAID’s New Song ‘glory’ to Feature as Ending Theme for Yu-Gi-Oh! VRAINS