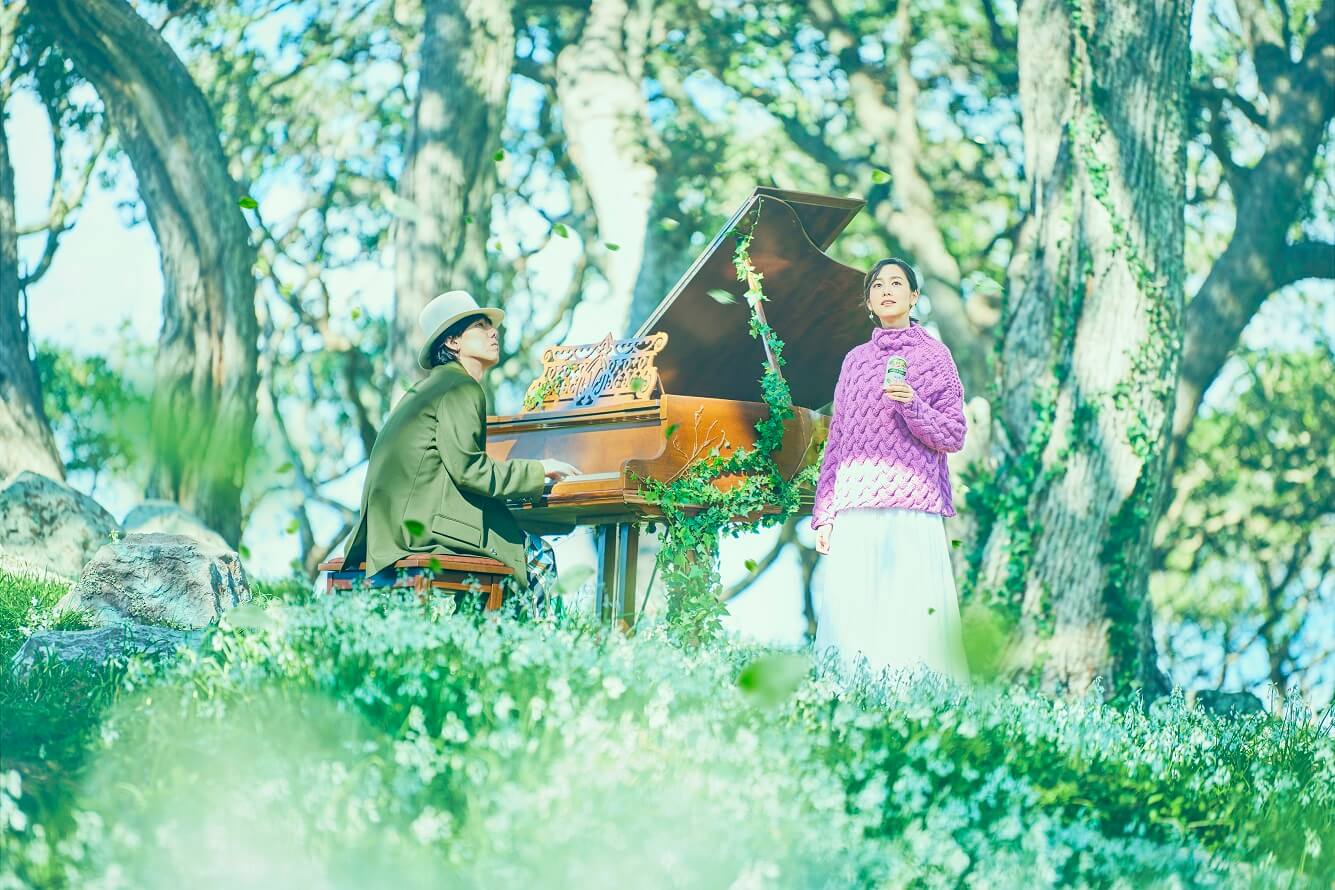 Kirin Brewery Company have been releasing a series of commercials for their Green Label beer since May 2018. Each commercial features a green jukebox and a musician from a band who performs when it is played. The first two commercials, Green Jukebox: Rain Edition and Green Jukebox: Star Edition, featured vocalist and guitarist Satoshi Fukase of Sekai no Owari.

RADWIMPS is a Japanese rock band well-known for their album Your Name. which is the soundtrack for the 2016 anime film of the same name that made headlines across the globe. In the commercial, we see Noda performing an original acoustic version of the band’s song Nandemonaiya from the album. He is joined by actress Mirei Kiritani who enjoys a glass of Green Label next to him.

The story in the world of Green Jukebox takes place in a quiet and grassy area. The Green Jukebox sits silently and mysteriously until someone comes along and presses it. Doing so causes a musician to appear and perform a relaxing tune, allowing its listener to enjoy some off-time.

RADWIMPS will release a new album on December 12. The record comes as the band’s first album since Your Name and Human Bloom came out back in 2016. The album’s First Press Limited Edition will include a DVD featuring an interview with the members talking about their efforts to make this new record since their last releases. It’s a must-see for fans who are interested in seeing what the band are today.

RADWIMPS will also simultaneously release their first-ever live DVD and Blu-ray featuring the band’s performance at Yokohama Arena from their 2018 “Road to Catharsis Tour.”

The title of the new album and its tracklist will be announced in the near future so stay up to date via the band’s official website and social media.