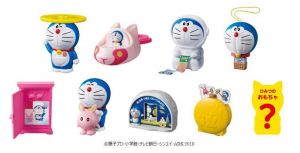 McDonald’s Japan is set to include an assortment of Doraemon’s secret gadgets in Happy Meals starting on March 8, 2019. 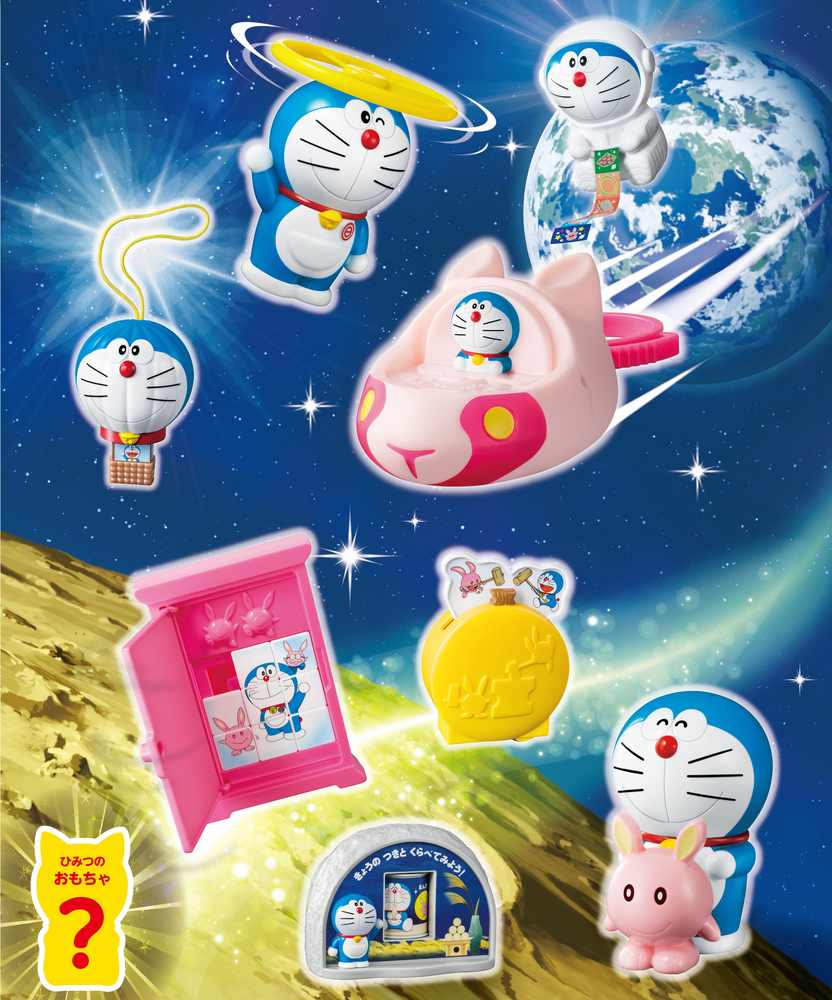 Nine toy will be included in the meal set―eight known ones (below) and one secret one―all of which are taken from the animated film Doraemon: Nobita’s Chronicle of the Moon Exploration which was released in Japan on March 1, 2019. The toys and set take inspiration from the film, which takes place on the moon, and its themes of adventure and friendship. 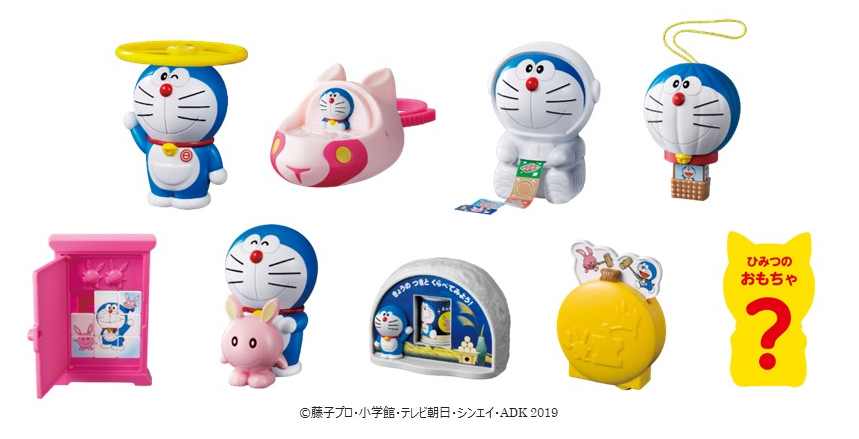 Gadgets will include the Moobit and Rabbit Card from the film as well as classic tools like the Anywhere Door and Bamboo Copter. 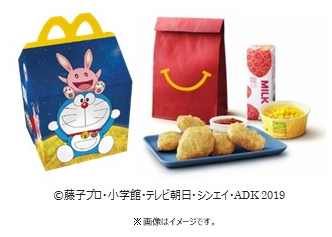 The toys will be released across two periods. An assortment of them will be available from March 8 to 21 and another batch from March 22 to April 4. From April 5 customers will have the chance to receive any nine of them.

The Happy Meal box also features a special design of Doraemon and the Moobit from the film. on March 9 and 10, all Happy Meals will also come with a picture for colouring in.

Which of Doraemon’s gadgets do you want to use the most?