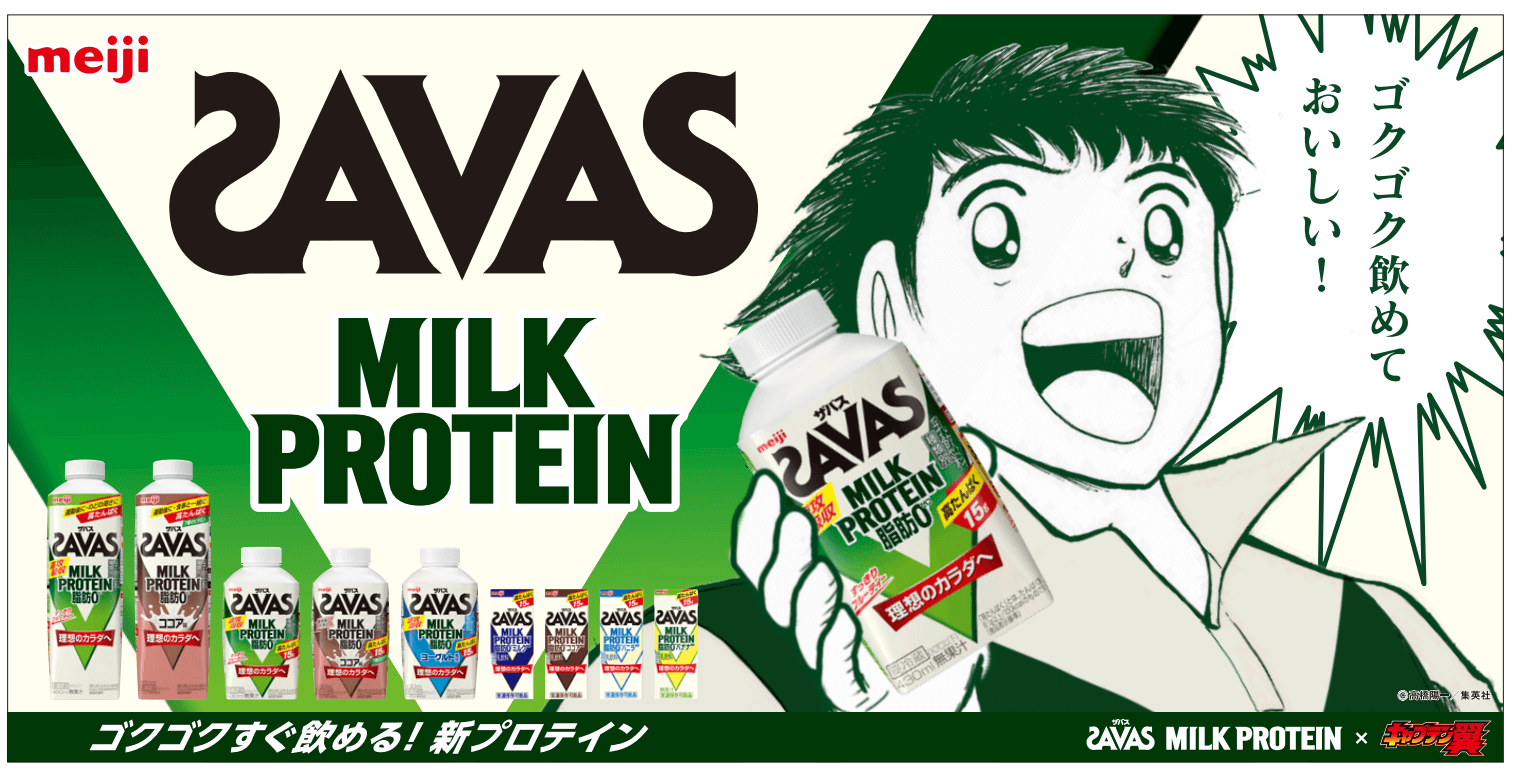 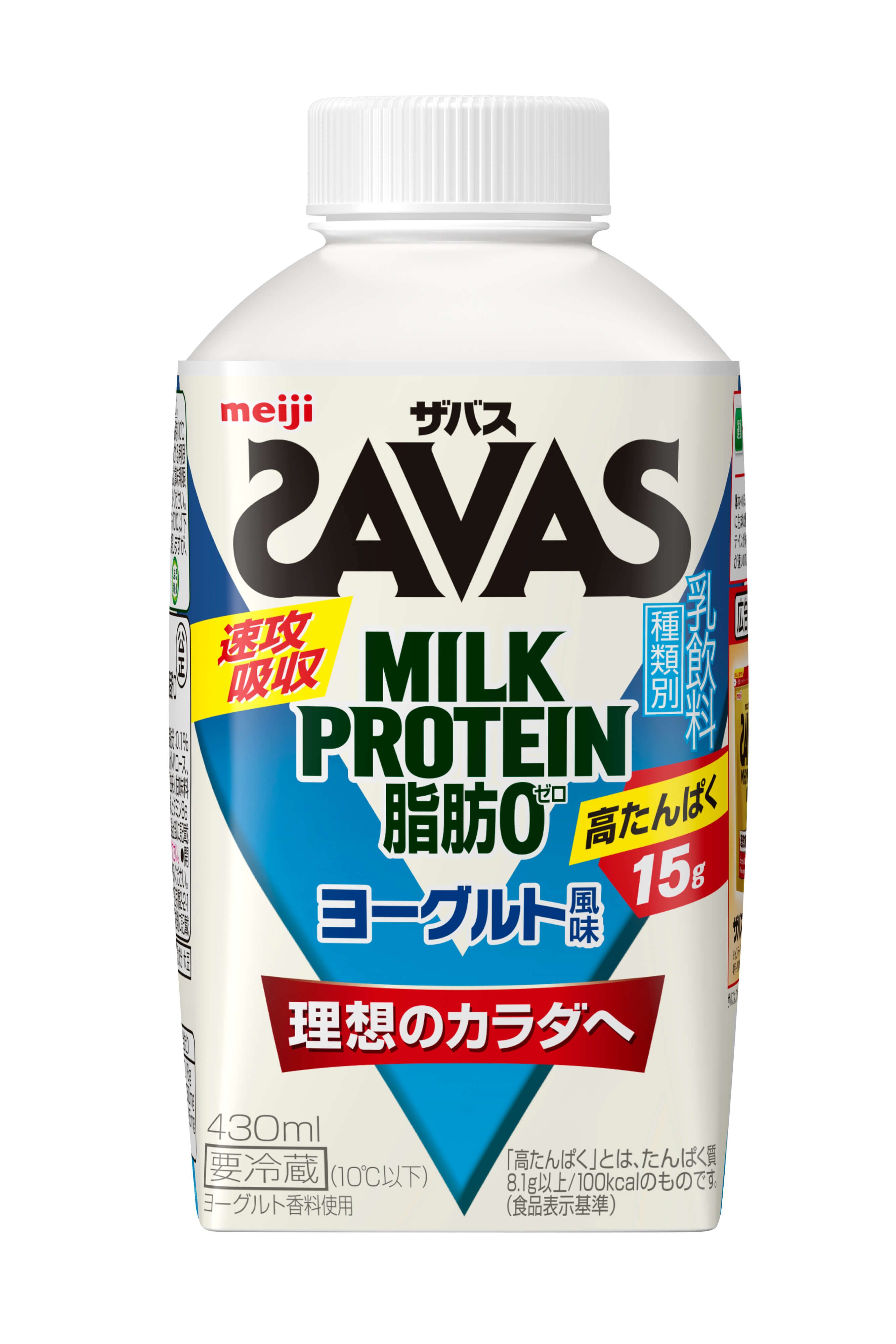 In each of the commercials, you can see both Tsubasa Oozora performing Overhead Shoot and Kojiro Hyuga performing Raiju Shoot. These are their special moves that they use to score goals. 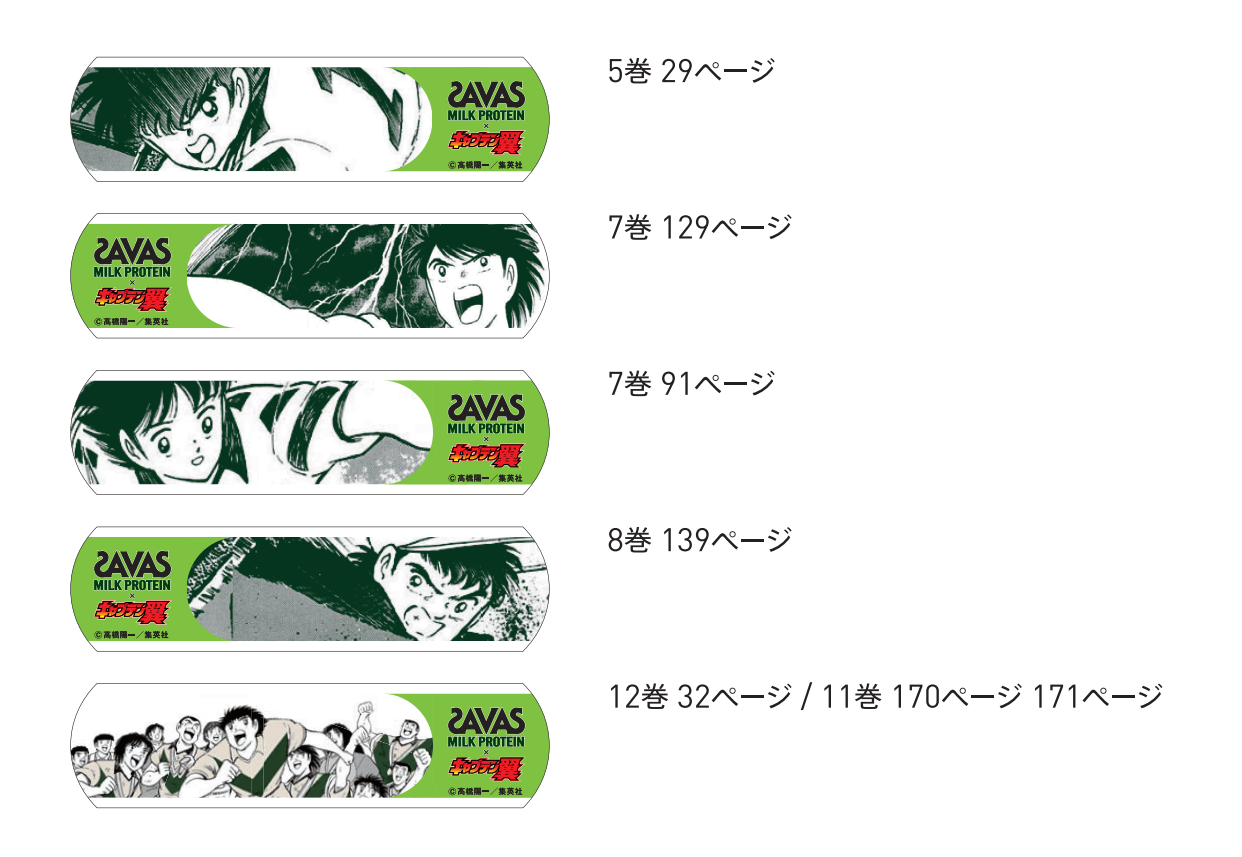 At some stores, you can receive Captain Tsubasa-themed plasters if you purchase something from the Zavas MILK PROTEIN series! The designs include Tsubasa Oozora, Kojiro Hyuga and many more characters! This is a must-have novelty present for fans!

※ There is only a limited number of these plasters in stock.

Thee Zavas series also comes in a large (Zavas MILK PROTEIN zero fat) and there is also a cocoa flavour so don’t forget to check these out too!