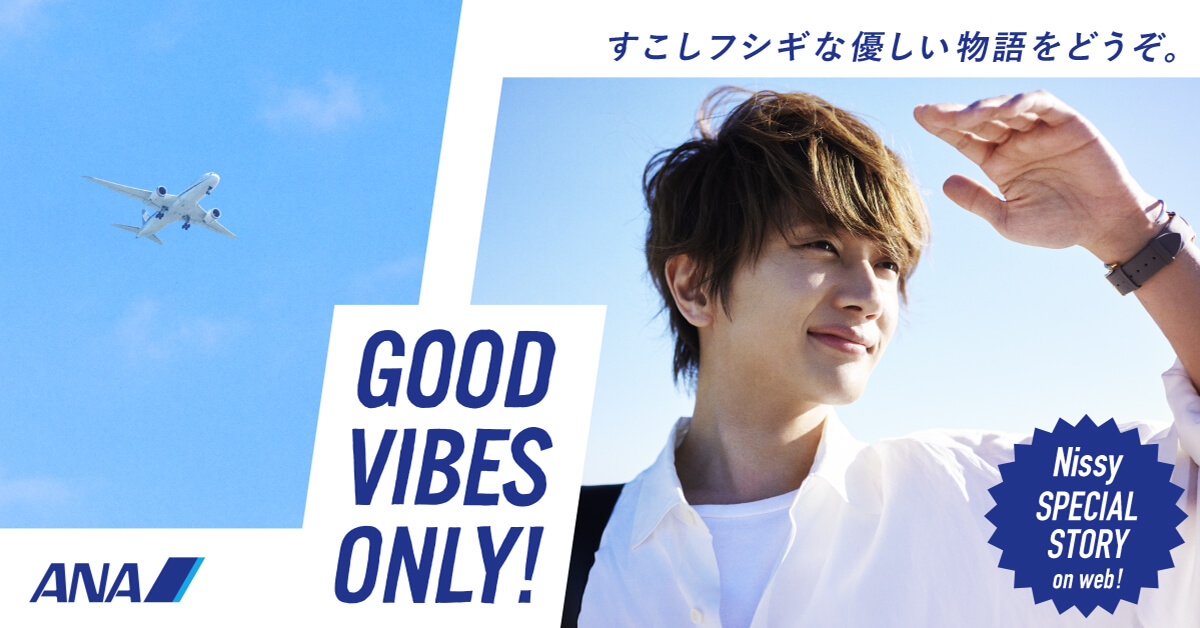 From September 1, ANA will be celebrating their direct flight service to Perth Airport, Australia with a special edition website called ANA Perth-sen Nissy SPECIAL STORY. The website features a series of videos where singer and actor Nissy; aka Takahiro Nishijima, explores the city of Perth.

Through encountering strange occurrences, he taking the time to relax and let the breeze sweep him away rather than fill every day with endless sightseeing. He simply shows the viewers just what a wonderful experience you can have even with a simple daytime nap.

When the commercial was released, social media was overflowing with positive reactions. “What a wonderful commercial! You should be proud”; “It made me feel like I was actually on a trip with Nissy”; “I haven’t been on a trip in a long time, but seeing this wonderful commercial has made me want to go again”. These were just some of the comments received.

With the slogan “GOOD VIBES ONLY!”, Nissy explores the wonderful city of Perth. Despite his visit to a place full of beautiful tourist spots, he gets right on his job. The story of the video also includes some cute moments where he can be seen messing around. There is no doubt that watching this video will fill you with the good vibes of Perth.

This is also an opportunity to catch Nissy’s long-awaited new song NA , which is used as the commercial song and will be released digitally on June 24. This refreshing, energetic song is the perfect music to sum up the lively and refreshing city of Perth and those wonderful summer vibes.

Next » Nissy (Takahiro Nishijima) gives us an early Christmas present from Santa: a Christmas version of his music video “Mada Kimi”