Cells at Work! Short Film Released On YouTube in Collaboration With Pocari Sweat 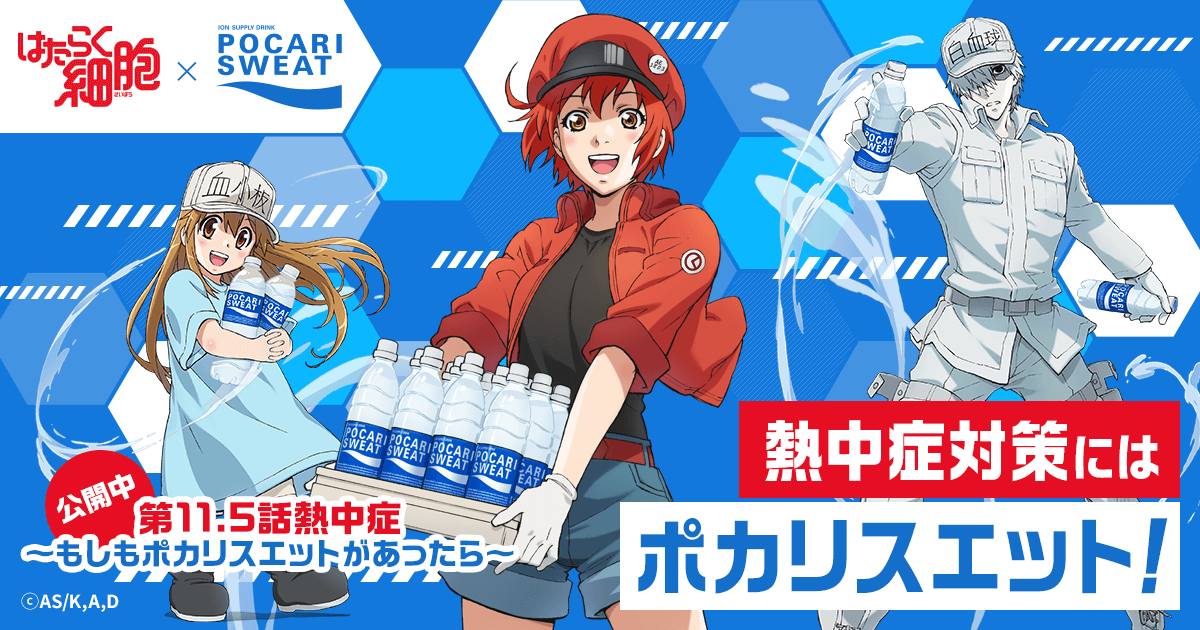 Every year during summer in Japan there are ubiquitous alerts cautioning people to do everything they can to combat heatstroke. According to the Ministry of Internal Affairs and Communications in Japan, in 2018 (May-September), there were more emergency call outs due to heatstroke than in previous years. 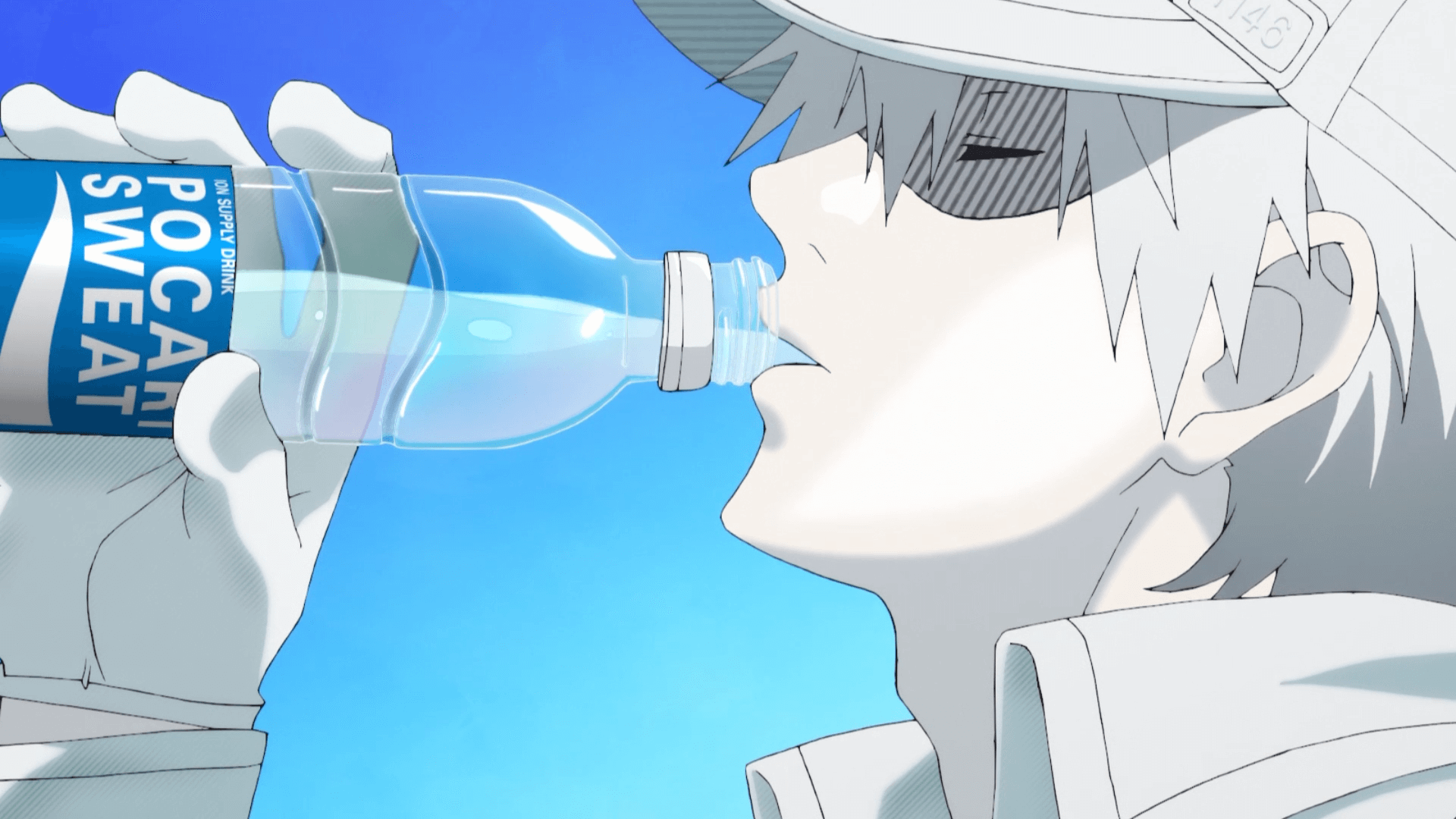 To help spread awareness about the effects of heatstroke, Otsuka Pharmaceutical teamed up with the anime series Cells at Work! to promote their sports drink Pocari Sweat, a hugely popular non-carbonated sweet beverage in Japan. Together, they produced an alternative story to Episode 11 of the anime series entitled Heatstroke. They dubbed it Episode 11.5: Heatstroke ~If Only I Had Pocari Sweat~. The short episode was released both on YouTube and the official Pocari Sweat website on July 8.

Cells at Work! follows the stories of anthropomorphised cells in the human body. Episode 11 showcases what happens when the body suffers from heatstroke and what people can do it prevent it. 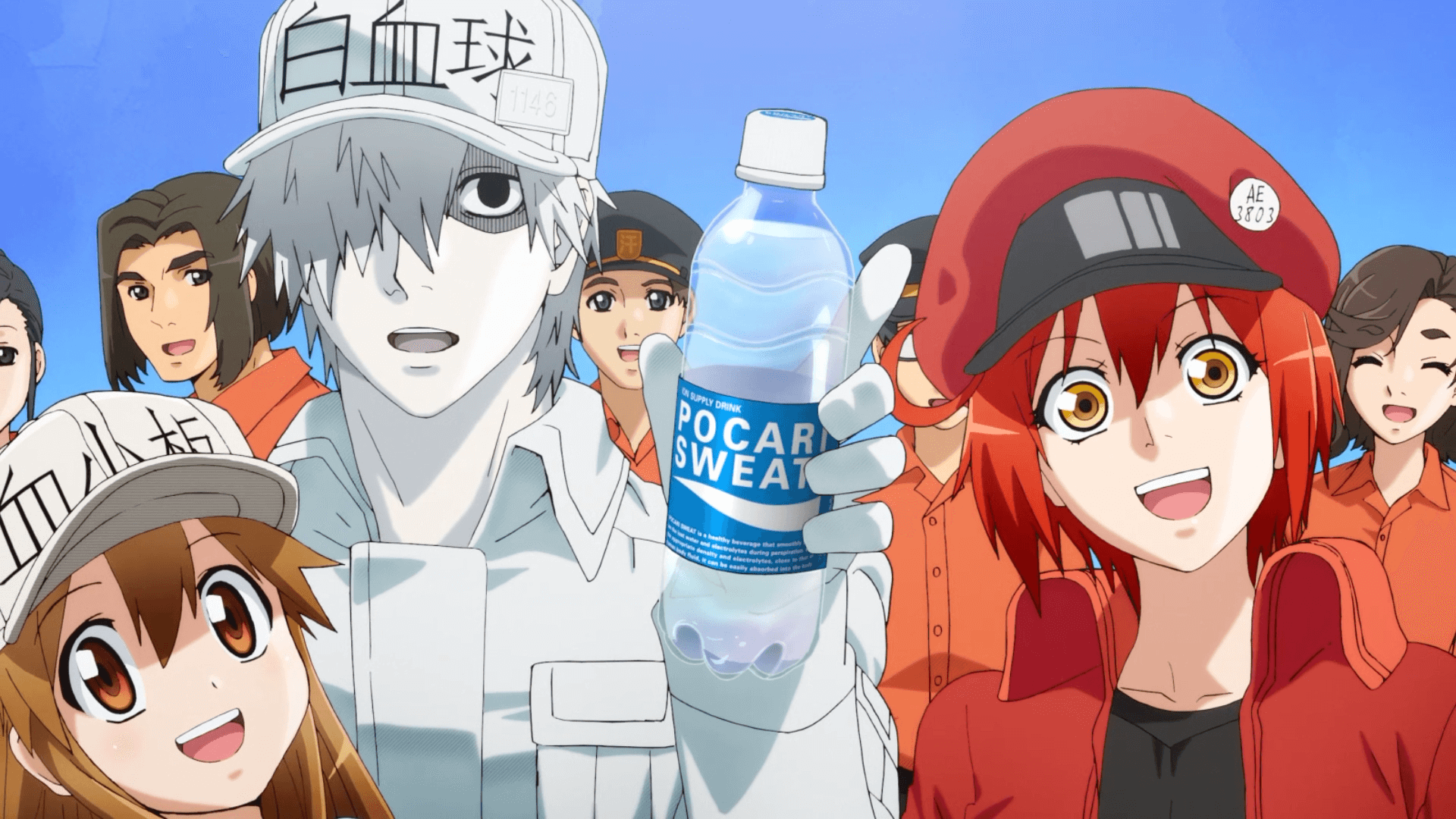 The special collaboration video with Pocari Sweat features several of the original voice cast including Maria Naganawa (Platelet) as well as Mamiko Noto reprising her role as the Narrator.

TV Anime Cells at Work! – Episode 11.5: Heatstroke ~If Only I Had Pocari Sweat~