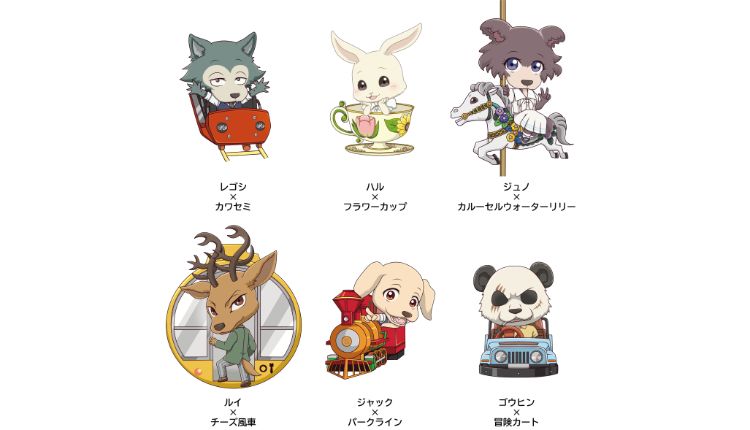 Tobu Zoo is set to collaborate with the ongoing anime series Beastars from November 2 to December 29. New exciting details have unfolded for the event so fans can see what they have to look forward to. 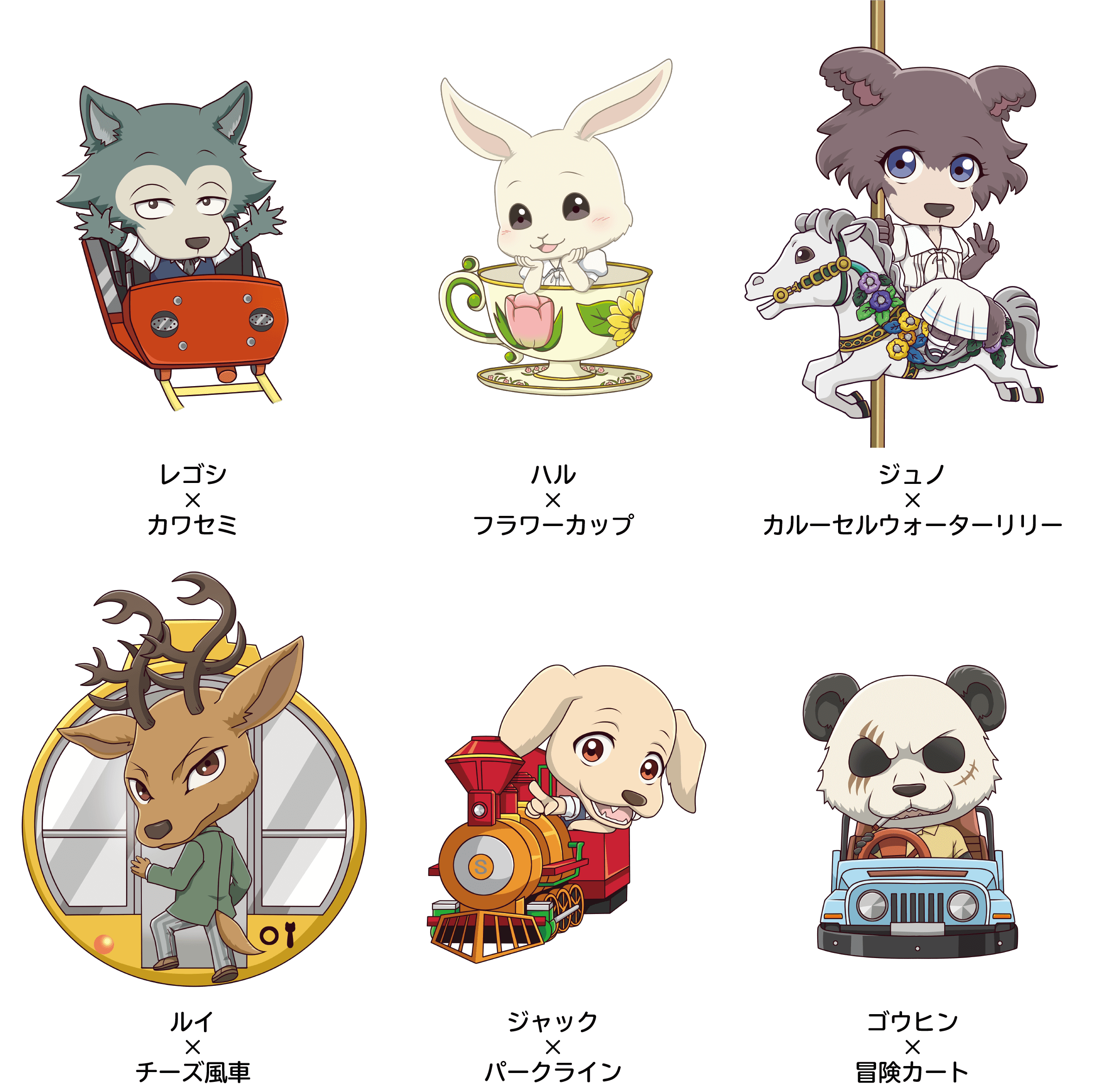 Illustrations of the anime’s character cast in their superdeformed modes and boarding park attractions will appear around the Tobu Zoo. You’ll also spot them on a panel at the park’s Little Cabin shop.

A new and exclusive line of merchandise featuring original illustrations will be sold at Little Cabin, as well as other BEASTARS-related goodies.

During the event, fans will randomly receive one of the above-pictured stickers for every ¥2,000 they spend on BEASTARS merch. 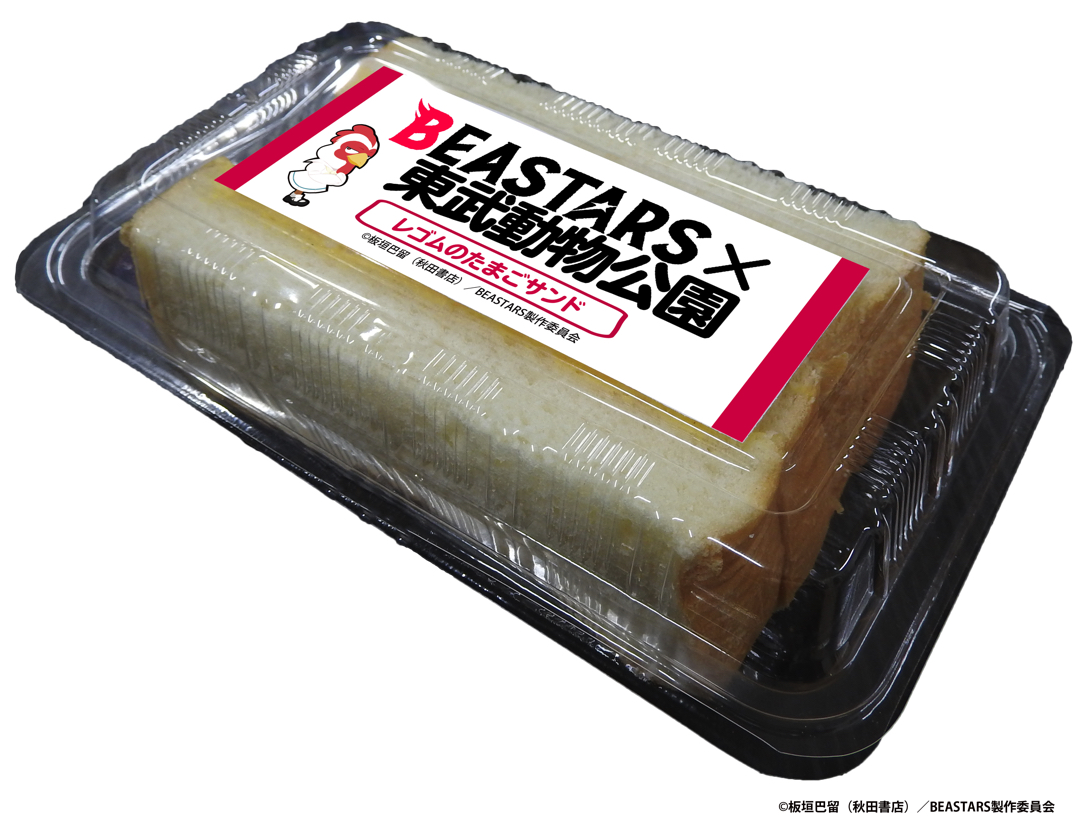 If you’ve read the manga series, you’ll know that Legoshi likes Legom’s egg sandwiches. Now fans can see what all the fuss is about too! You can pick one up for ¥500 at the kitchen car set up at Cat World. 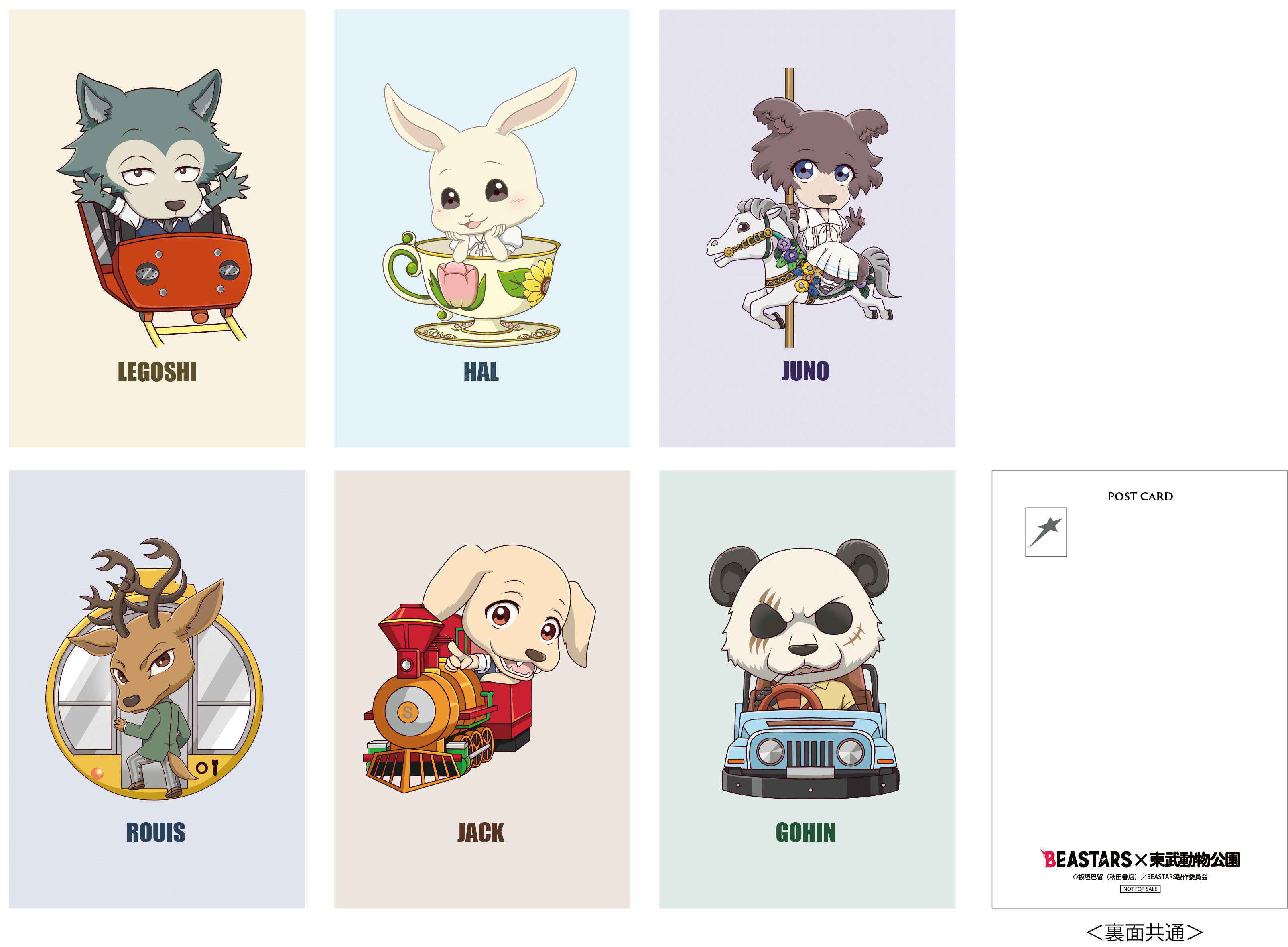 If fans order a sandwich, they’ll receive one of the above-pictured post cards. 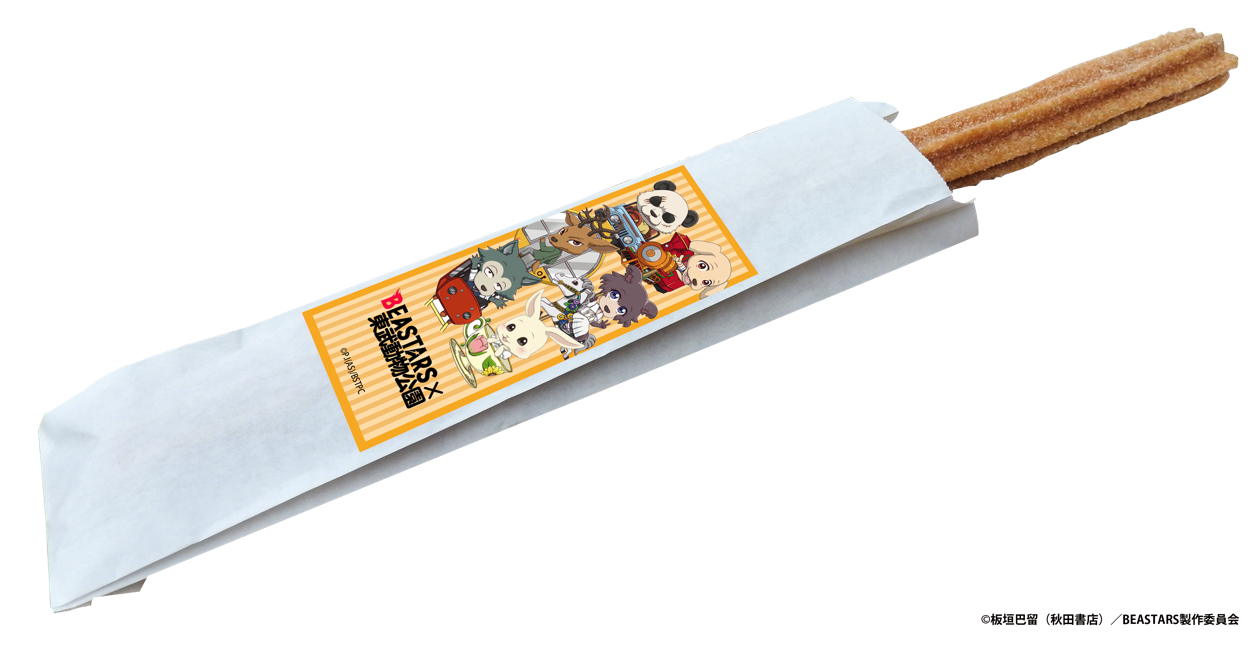 The zoo will also sell BEASTARS churros, a staple at any theme park. 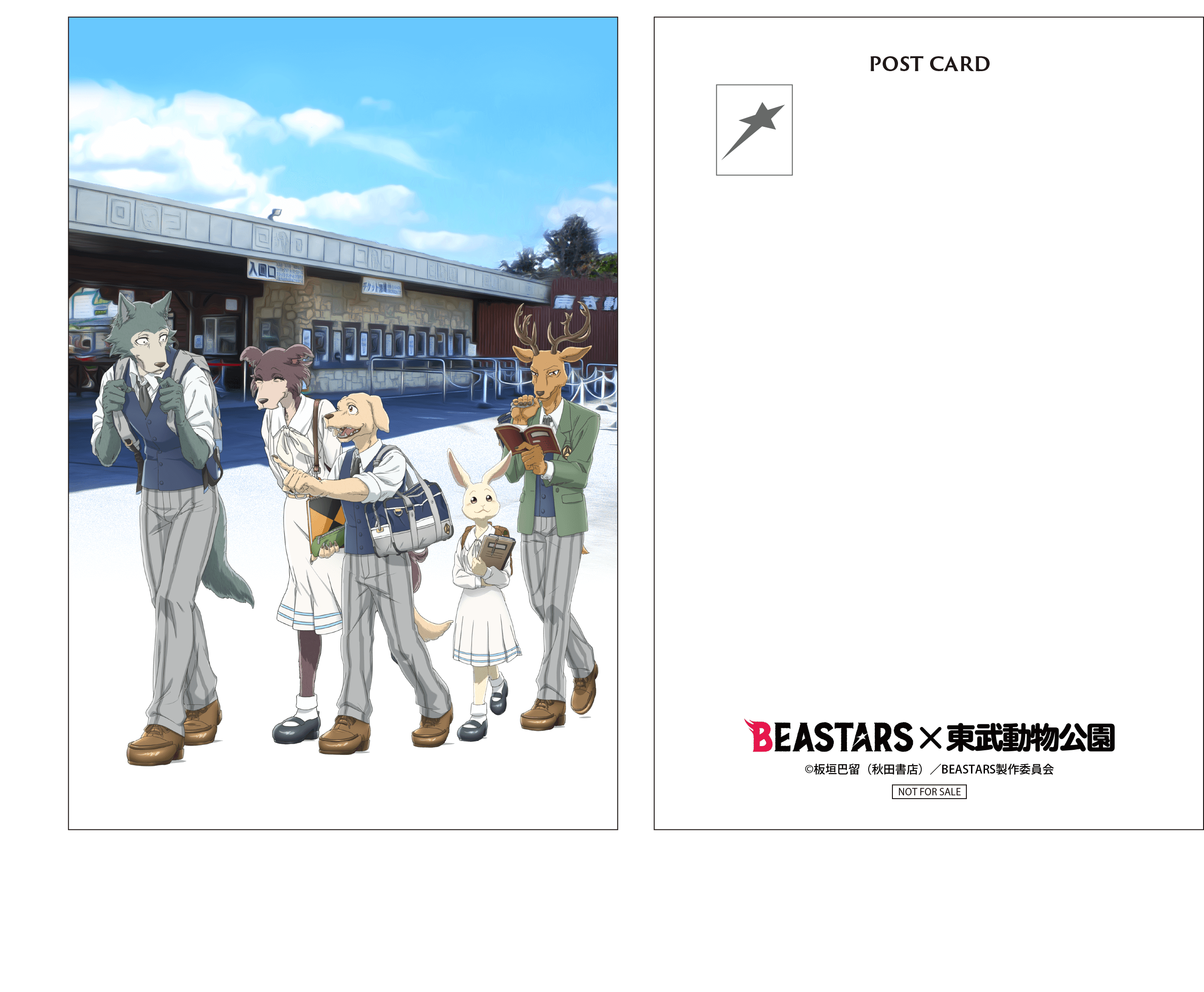 Get a churro at Snack Station for ¥500 and get one of six possible postcards too. 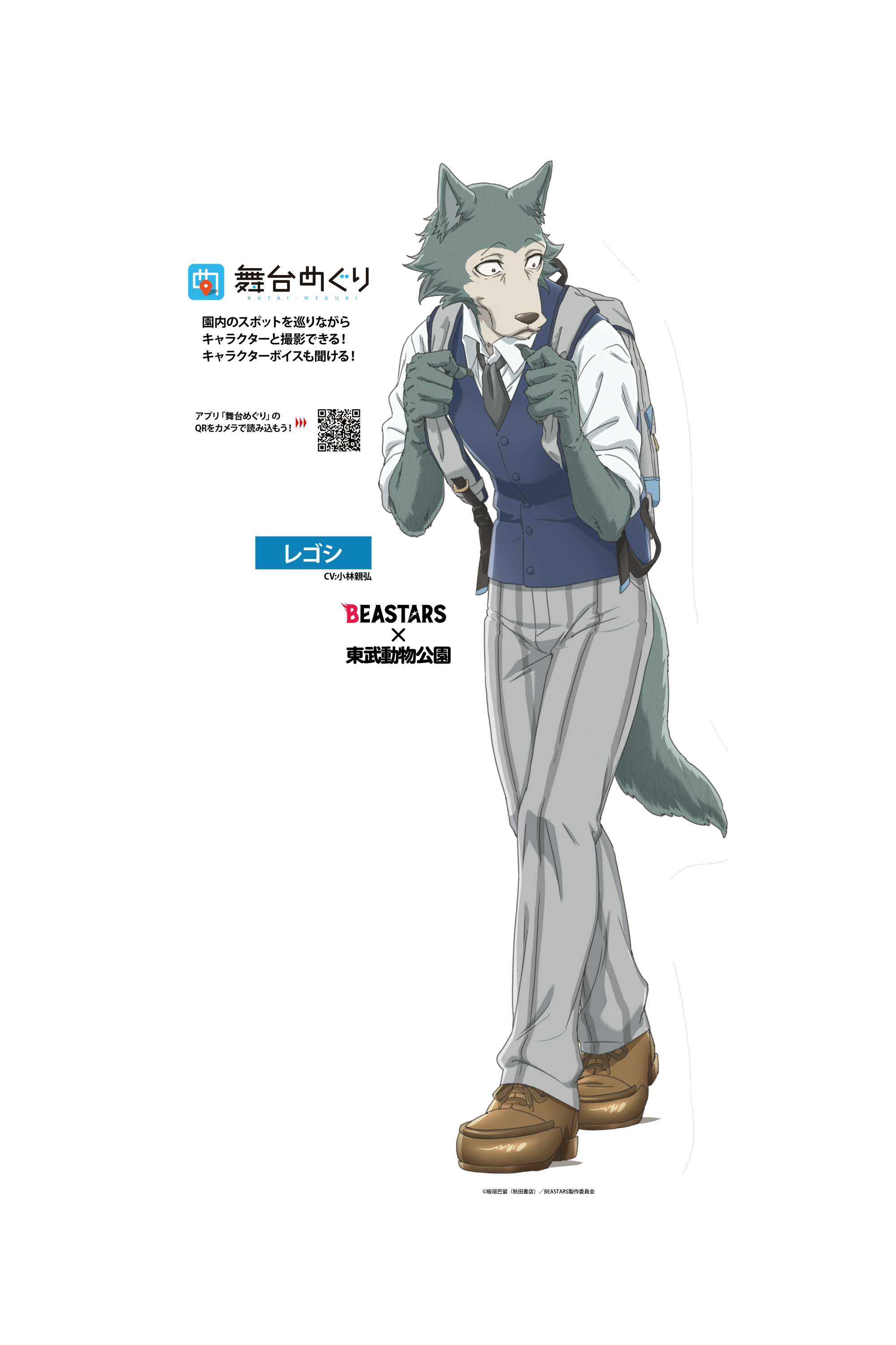 By using the popular app “Butai Meguri,” you can use the GPS function or read one of the the QR codes on panels placed around the zoo to take photos with characters and listen to explanations of animals by the characters. Those are as follows:

A talk will be held on November 16 by five members of the voice cast: Chikahiro Kobayashi (who voices Legoshi), Junya Enoki (Jack), Takeo Ōtsuka (Collot), Naoto Kobayashi (Durham), and Yoshiyuki Shimozuma (Voss). They will talk about the event and the BEASTARS anime series.

*Please note that opening times may vary due to the illuminations. Full details can be found on the Tobu Zoo homepage.