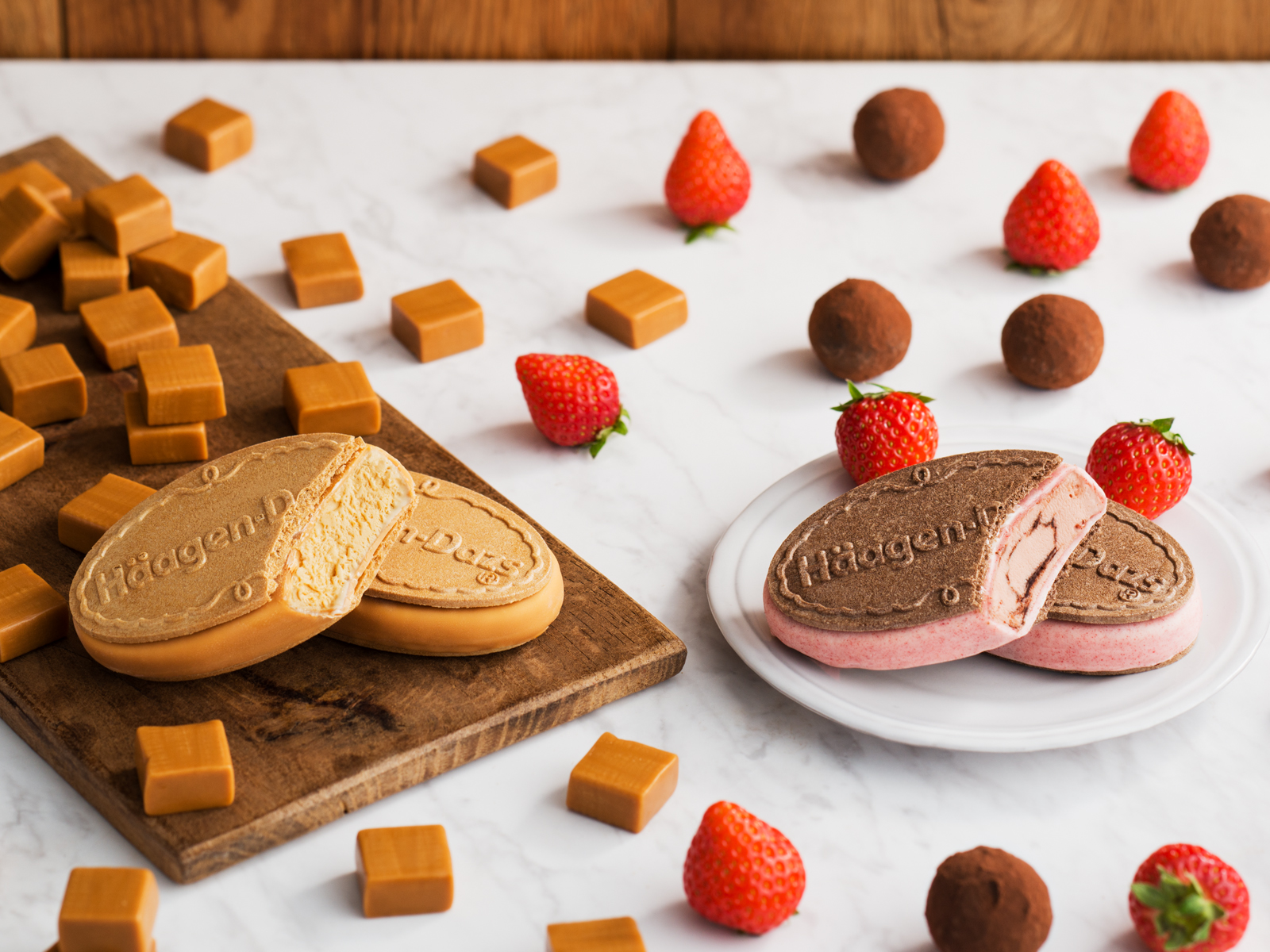 Häagen-Dazs Japan released two new ice cream flavours countrywide as part of its Crispy Sandwich series today. ‘The Caramel’ will be available throughout the year and ‘Strawberry Truffe’ will be available for a limited time only.

Caramel is a much-loved flavour all over the world. Now, you can enjoy the sweet and rich flavour of caramel embraced by Japan’s Crispy Sandwich series, which debuted in 2001. 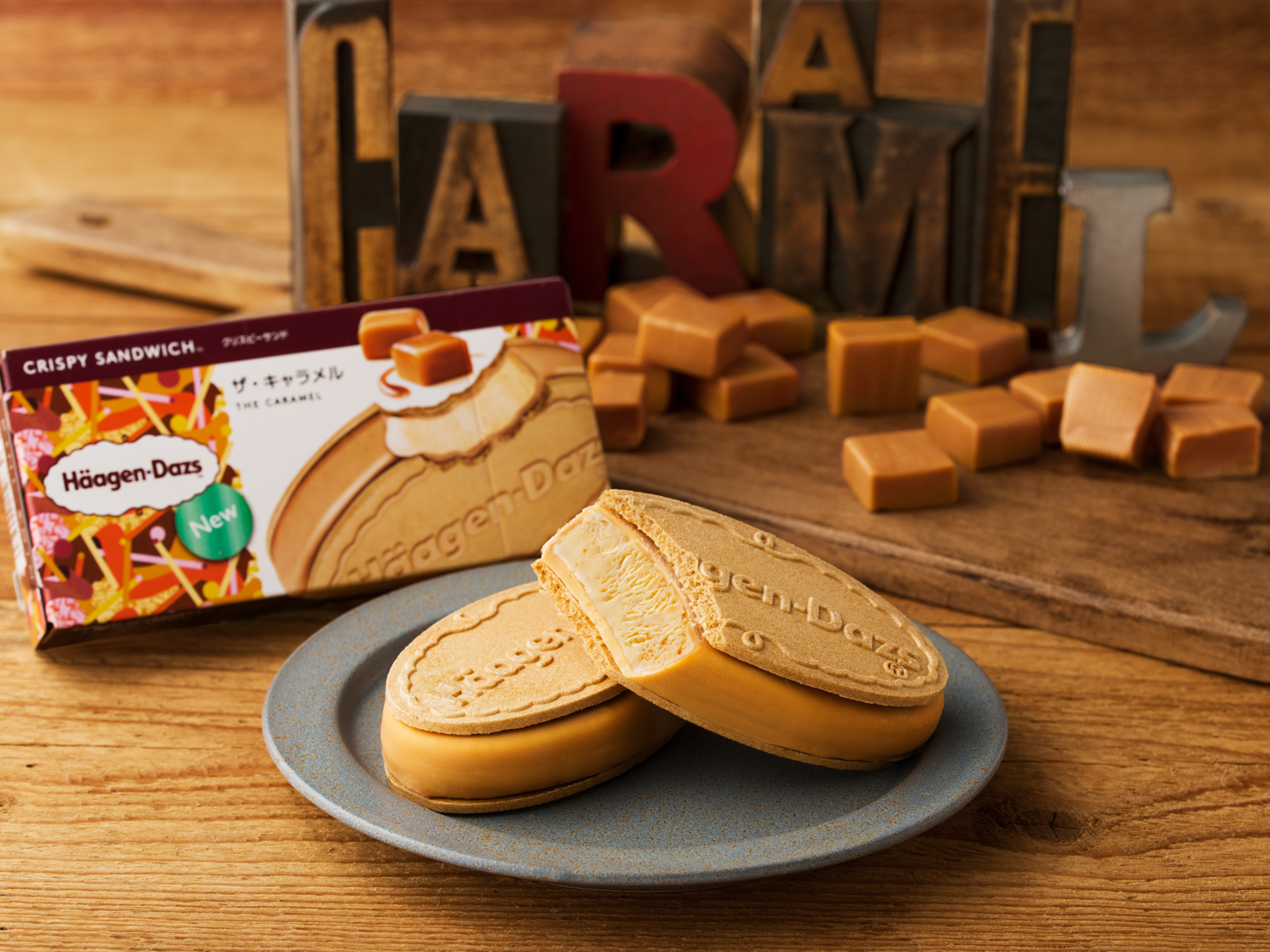 The rich milky taste and sweetness of the caramel ice cream is covered in a milky caramel coating – the perfect treat for anyone who loves caramel. The crispiness of the wafers combined with the smooth, velvety texture of the caramel ice cream is the perfect match. You just won’t be able to stop after your first bite. To celebrate the launch of this new flavour, its packaging has been redesigned, fully showing off the deliciousness sealed inside. 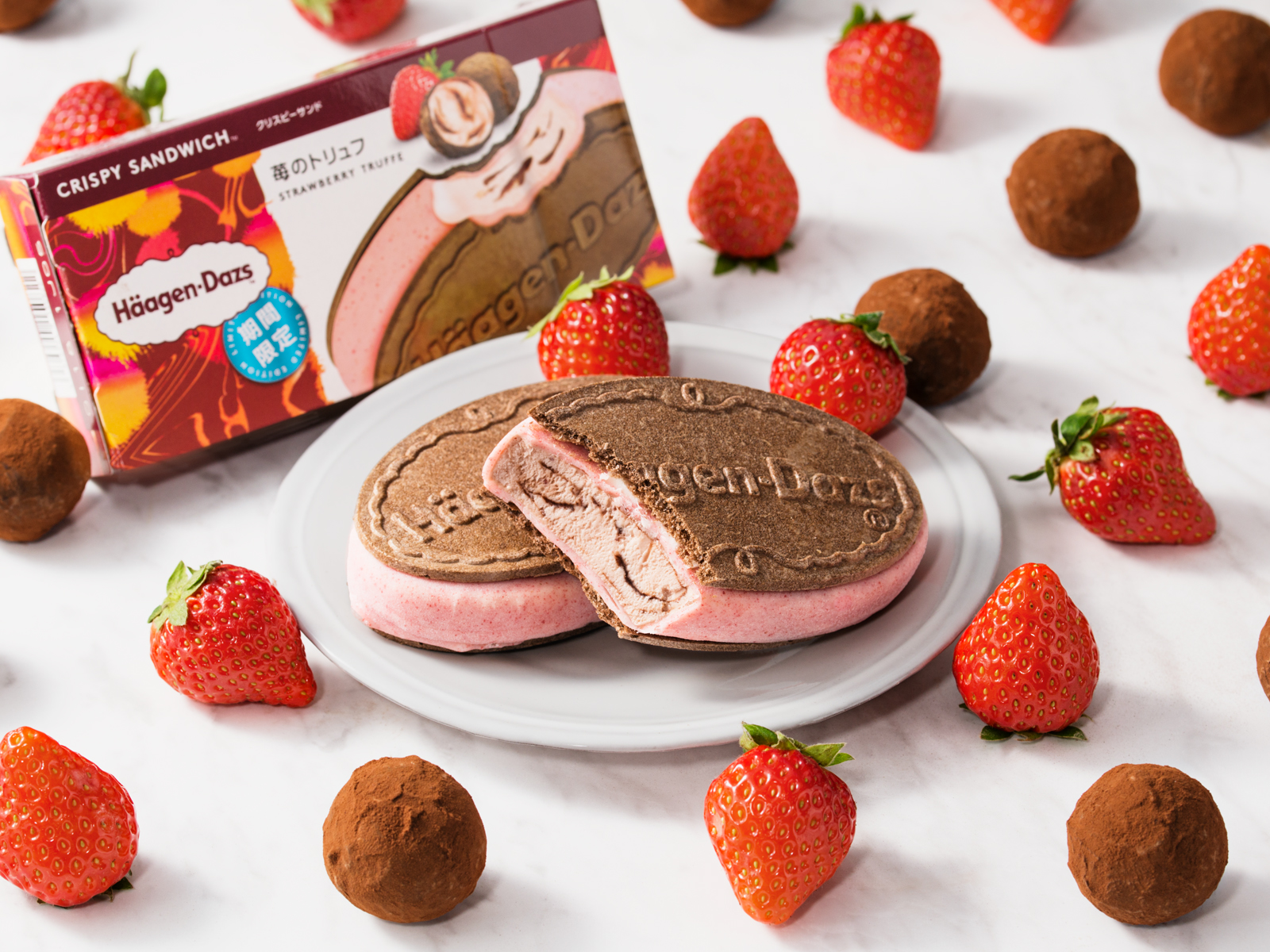 The Strawberry Truffe is made with mildly sweet and tangy strawberry ice cream layered with mildly sweet ganache sauce. The ice cream is then coated in a fresh pink coat of strawberry chocolate that you won’t be able to resist sinking your teeth into. Strawberry powder is sprinkled into the chocolate coating, adding a luxurious finish to its appearance. The ice cream is sandwiched between two bitter cocoa wafers. From the texture to the flavour, the delicious Strawberry Truffe Crispy Sandwich is to die for.

Next » Häagen-Dazs Dessert Buffet Whipped Up at Keio Plaza Hotel

Purchase At: Supermarkets, convenience stores and department stores in Japan

Purchase At: Supermarkets, convenience stores and department stores in Japan