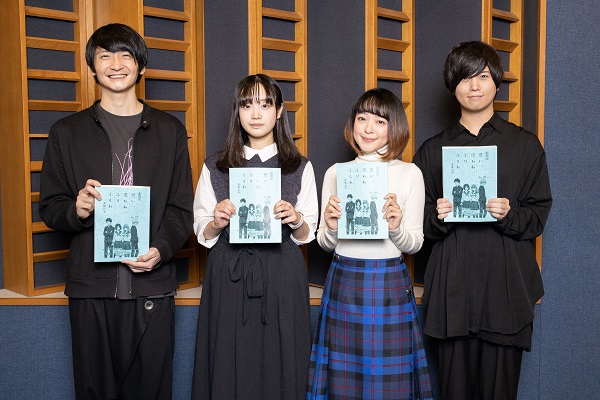 In 2014, Io Sakisaka’s popular shōjo manga series Ao Haru Ride was turned into a live-action film and given a TV anime adaptation. In 2015, her series Strobe Edge also became a live-action film, turning into a widespread sensation in Japan particularly among teens. As the hearts of young people across Japan were left throbbing for more, 2020 will be delivering Sakisaka’s third and final story of her series of youth stories Omoi, Omoware, Furi, Furare (Love Me, Love Me Not) to the big screen.

Following in the steps of its predecessors, an unparalleled double production project that includes the release of both a live-action adaptation and animated movie of Omoi, Omoware, Furi, Furare (Love Me, Love Me Not) will be arriving at the big screen. The animated movie is set for release on May 29, 2020 and the live-action movie will premiere on August 14, 2020 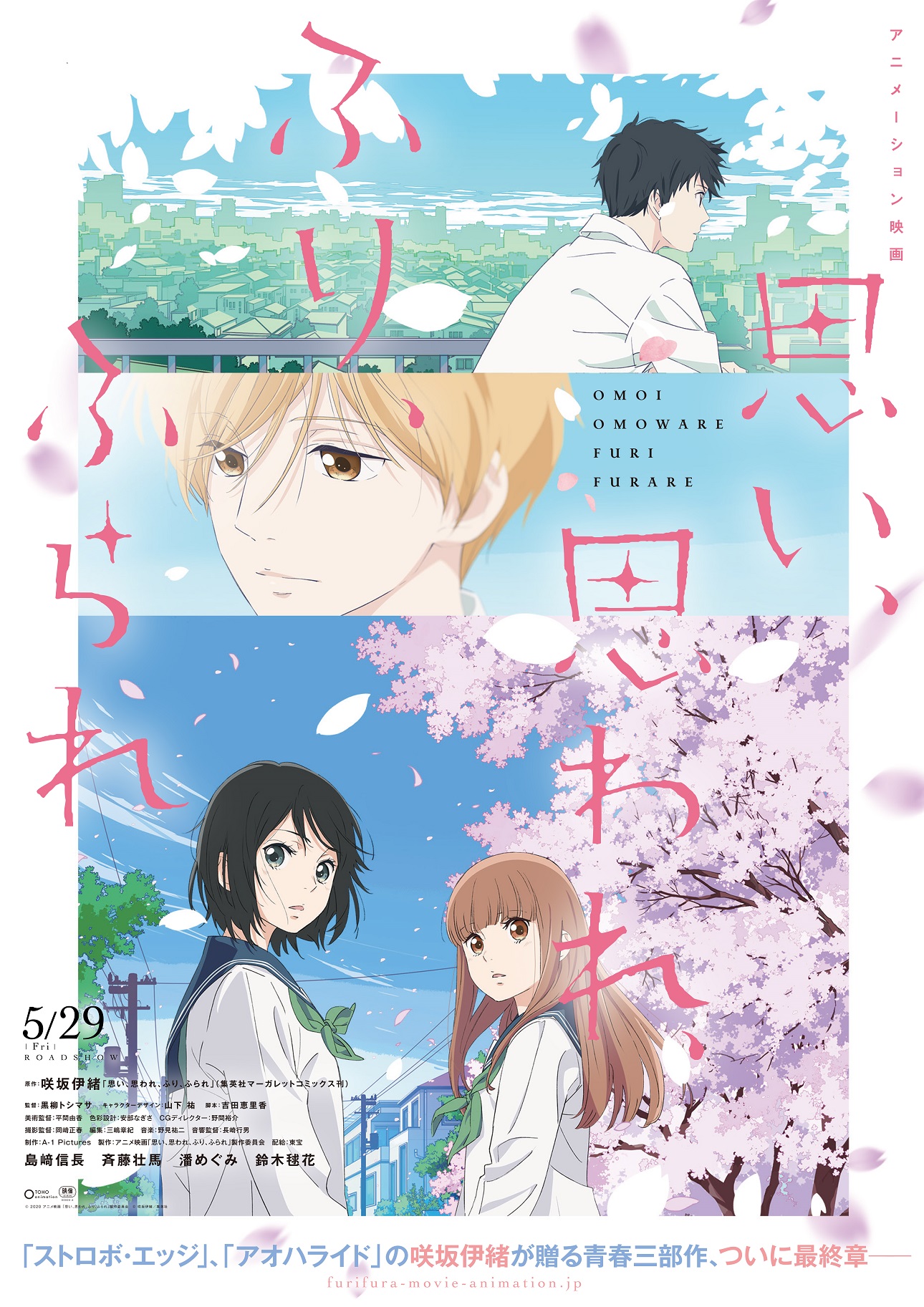 Supreme creators joined forces for the project including director Toshimasa Kuroyanagi, animation studio A-1 pictures (Sword Art Online), screenwriter Yoshida Erika (Heroine Shikkaku, My Teacher, My Love) and composer Yuji Nomi, who famously composed soundtracks for Studio Ghibli Films such as Whisper of the Heart and The Cat Returns.

The exceptional voice cast includes Megumi Han, who voices the proactive, lovestruck main character Akari Yamamoto, who stumbles over her inability to express her true feelings. The second main protagonist is Akari’s friend Yuna Ichihara (Marika Suzuki), who is romantic but tends to hold back. Akari’s stepbrother Rio Yamamoto, who battles inner conflicts about his relationships, is played by Shimazaki Nobunaga and Yuna’s calm, collected and sincere childhood friend Inui Kazuomi is played by Saito Soma.

The Main Cast Of Four Gets Recording

For Suzuki, the anxiousness of stepping up to a main role for the first time was obvious. As the actress for the other main character, Han was immediately by her side to offer words of encouragement such as “it will all be fine.” With Han and her years of experience playing lead roles there to reassure Suzuki, the recording was off to a smooth start. Just as Akari and Yuna are close in the manga, the two voice actresses had a similar relationship during recordings, with Suzuki following Han’s lead.

Suzuki gradually got the hang of recording after several attempts. The director was very impressed by how much the voice cast absorbed their characters, entirely transforming into them and maintaining their natural, pure, youthful passion. Each of the four main characters have commented on their experience.

You can end up producing wonderful things when your character engages in dialogue. I wanted to treasure it so I was a bit creative. I was able to cultivate Akari’s emotions by studying the relationships Akari has with Yuna, Rio, Kazuomi, her family and other people she interacts with. I worked hard to get in touch with Akari’s personality as she tries to become more honest with her feelings. Suzuki’s honesty, Shimazaki’s kindness and Soma’s reassurance really helped me to do this.

This was my first time recording in front of the mic and despite my constant panicking, everyone was so encouraging. I became very flustered when I had to keep recording the same thing over and over again. At those times, someone would bring up a different topic to calm me down. I am so grateful for everyone’s kindness. When recording with the others, I was amazed at how they could handle difficult dialogue so smoothly. I was shocked at just how much of an amateur I was in comparison. Every time we recorded, I challenged myself to improve my voice acting skills so that I got continuously better. I worked on increasing my confidence so that I can keep up with the experienced actors, all the while reminding myself of just how happy I am to be involved in this project.

From the first day I took part, I was able to record with the other four by chance which I was very grateful for. Just as expected, the audition and promotional video recordings were a completely different experience. The feelings that hit me when I was voice acting with others were very comforting. From start to finish, the entire experience was very wholesome. Once we were done, everyone agreed that we wanted to do more voice acting together. Overall, it was an energizing and fulfilling experience.

I was keen to get to know Rio from the inside to the outside. The staff and cast were exceptionally wonderful to the extent that I was able to feel Rio as a separate being living in another world – even though it’s a fictional story. I had an incredibly fun time voice acting thanks to everyone. I am so excited to see the finished movie.

When the sensational movie is dropped, we will all be able to witness the true skills and emotional power of the voice cast. The new films are bound to sweep the nation off its feet again. Stay tuned for more information.