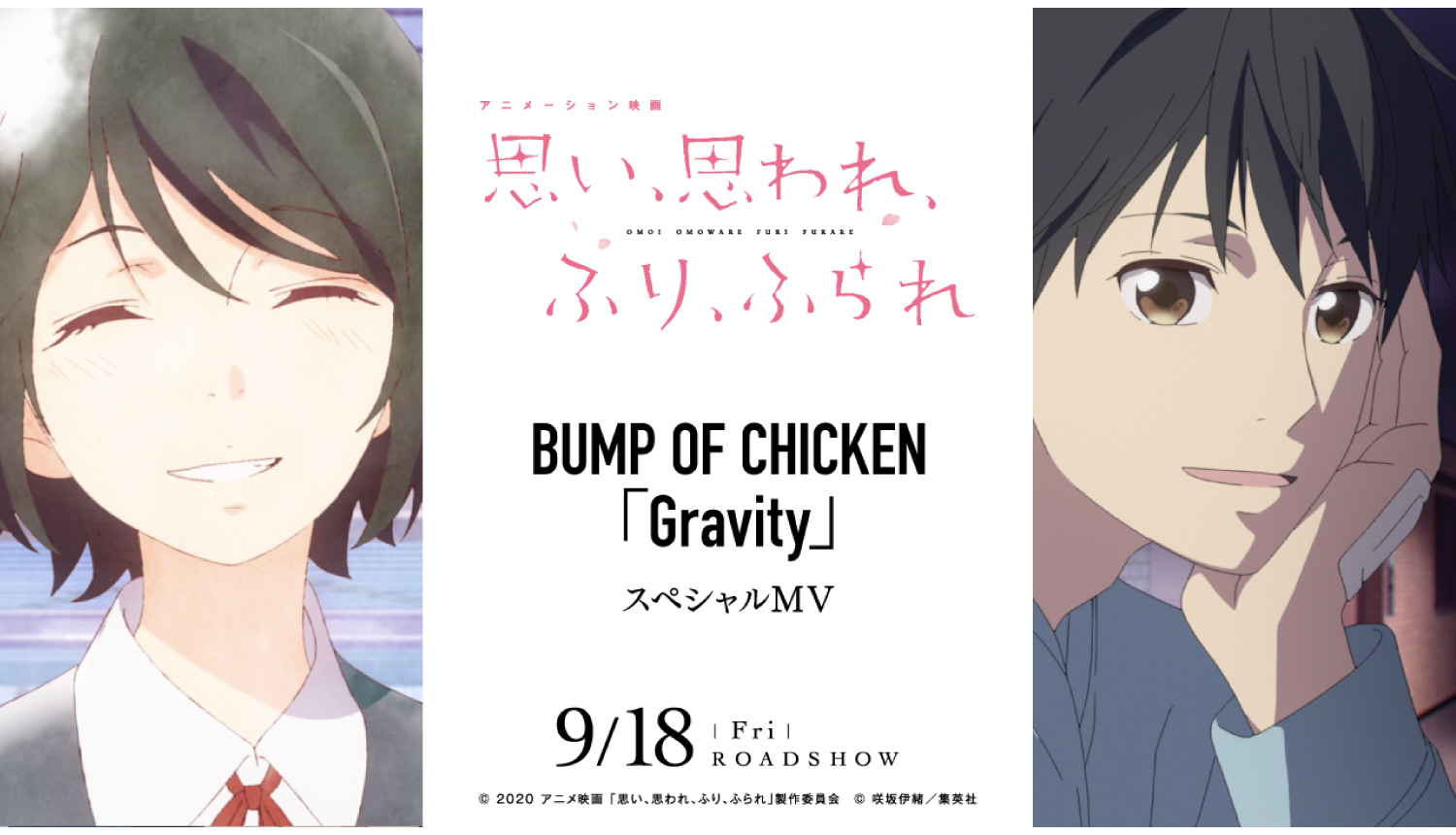 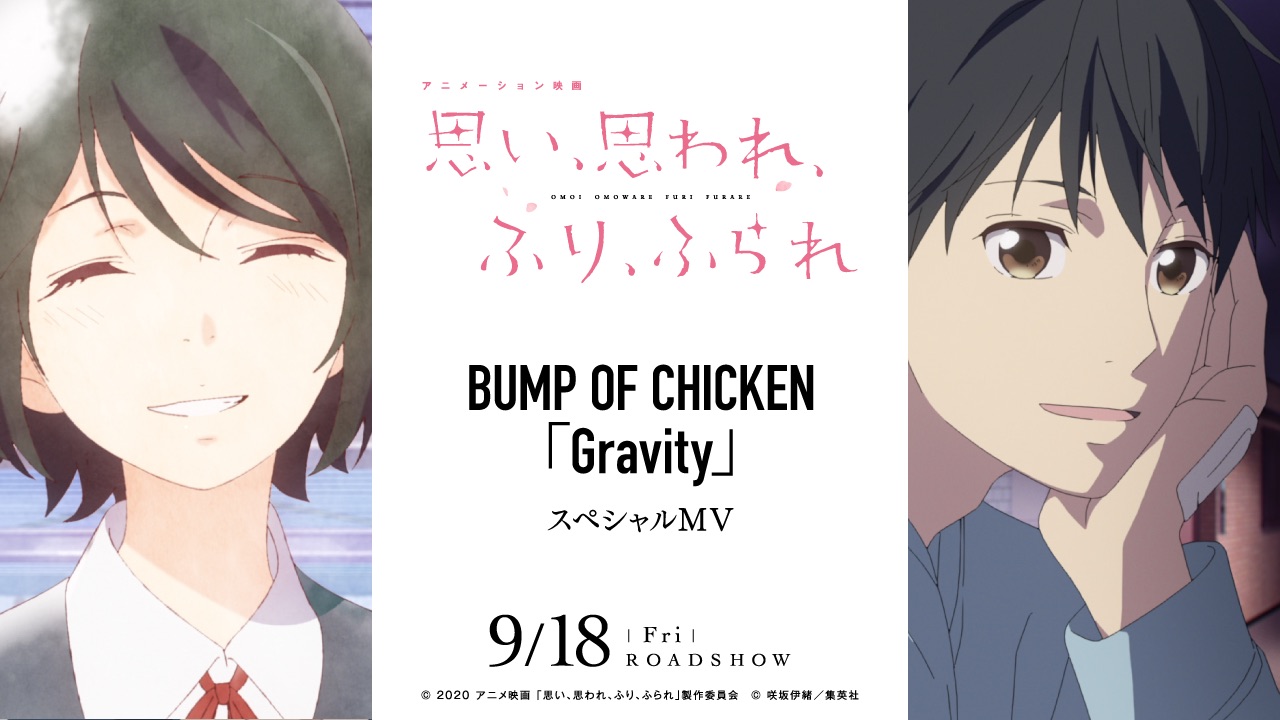 Gravity is a gentle ballad and BUMP OF CHICKEN’s first new song in almost a year. The band dropped the song and music video on September 10, 2020. The song will feature as the main theme for the anime film Omoi, Omoware, Furi, Furare which is set for release in Japan on September 18, 2020.

Omoi, Omoware, Furi, Furare, known as Love Me, Love Me Not in English, is a shojo manga series written and illustrated by Io Sakisaka. Her manga series Strobe Edge was adapted into a TV anime series and live-action film in 2014 while her other series Ao Haru Ride also got its own live-action adaptation in 2015. Both series, which are about youth, were a huge hit amongst teenagers in Japan. Omoi, Omoware, Furi, Furare is her latest work and has sold over 5 million copies in Japan.

Check out the promotional video for the upcoming anime film adaptation below.

BUMP OF CHICKEN will release a new live DVD and Blu-ray entitled BUMP OF CHICKEN TOUR 2019 aurora ark TOKYO DOME which features the full set of the final date of their ‘aurora ark’ tour held at Tokyo Dome on November 4, 2019. See the band’s performance of Niji o Matsu Hito from the show below. 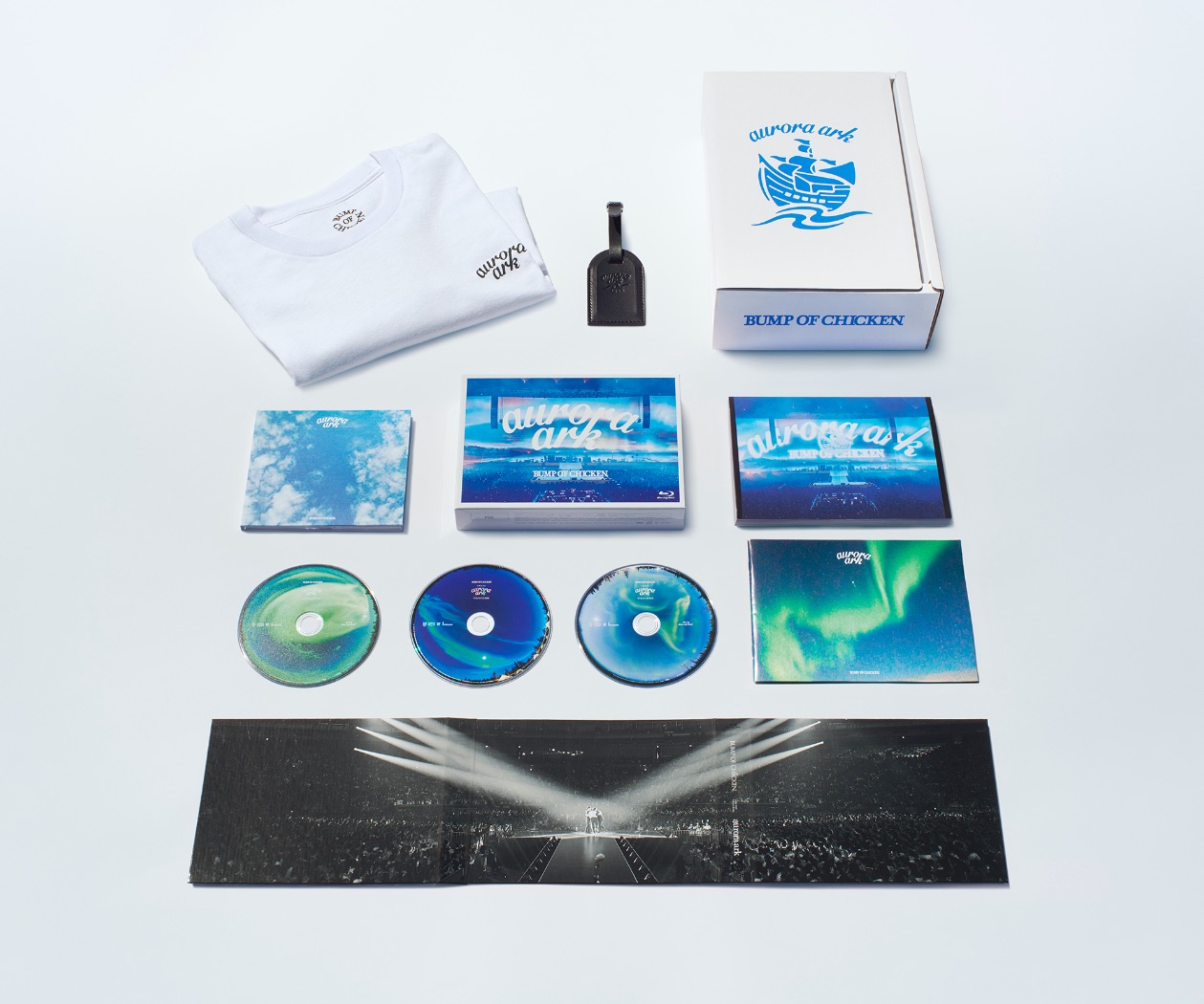 Next » BUMP OF CHICKEN to Sell Goods for Postponed Show, Pokemon Collaboration Items