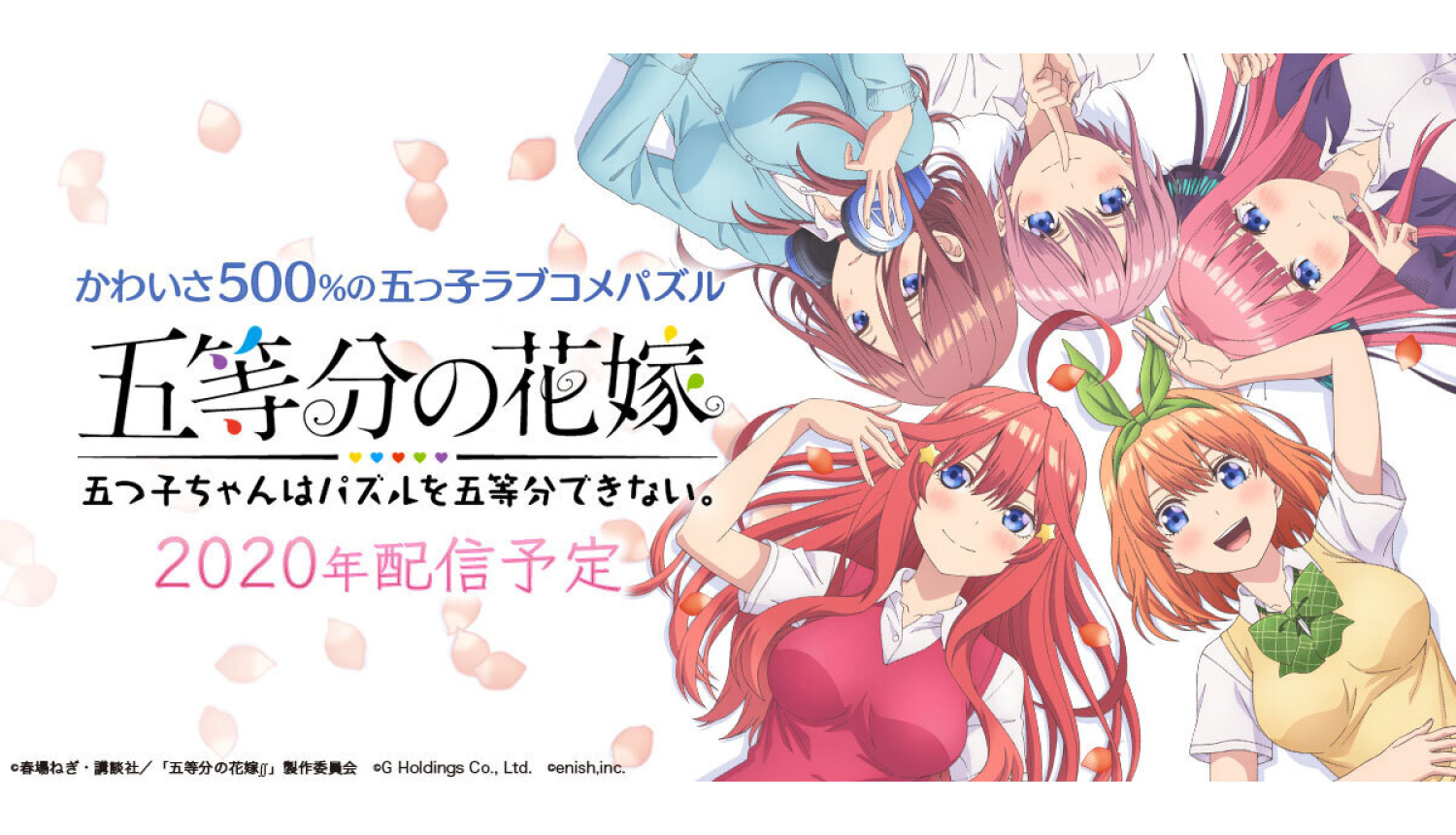 The Quintessential Quintuplets is a manga series written and illustrated by Negi Haruba. A second season of the anime series is set to air in January 2021. The story follows high school student Futaro Uesugi who becomes a private tutor for the sisters of the wealthy Nakano family, all of whom have no interest in study or grades. It’s up to Futaro to change their minds.

The game is a romance comedy puzzle game whereby the player deepens their bonds with the five sisters. Players take the role of the series protagonist Futaro through an original story with new voice acting recorded for the game. 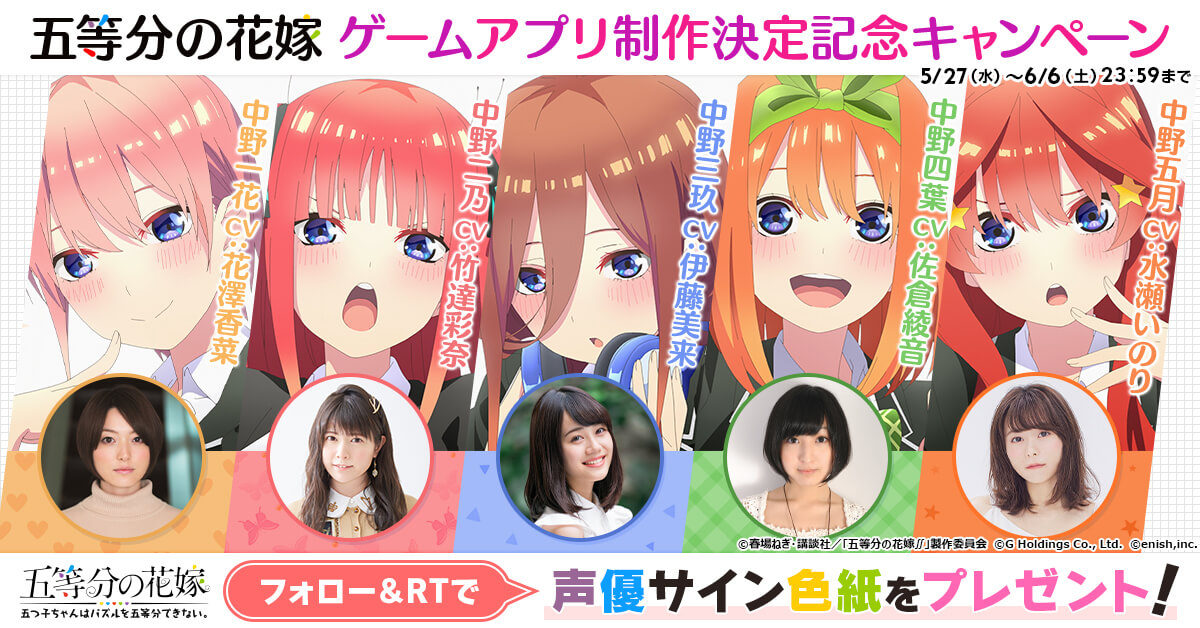 Be sure to check out the campaign in the run up to the game’s release.