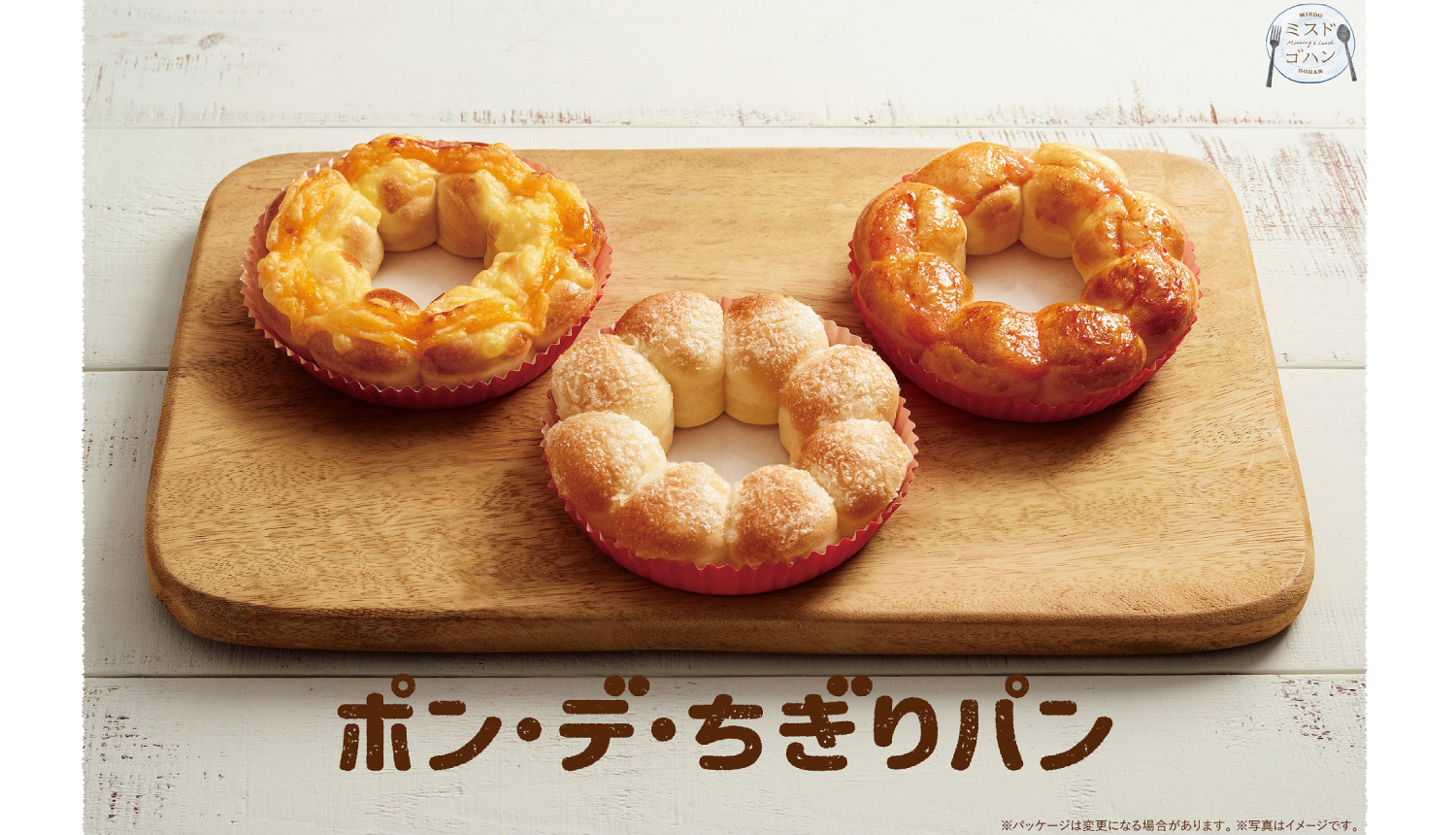 Since 2017, Mister Donut Japan has been catering to customers for all parts of the day. In November of that year, they began introducing more light foods like pies and toast, and in February 2018 they released hot dogs and pasta, amongst other things.

The “Pon de Chigiri Pan” is a popular item sold at Mister Donut, but is not a permanent order on the menu, instead coming in limited batches. This will be the 4th release. The doughnuts feature the iconic “Pon de Ring” shape and are super chewy because of the yeast used. Eight layers are topped on top of each other which are baked in the oven, resulting in a soft, even chewier doughnut that can be pulled apart. 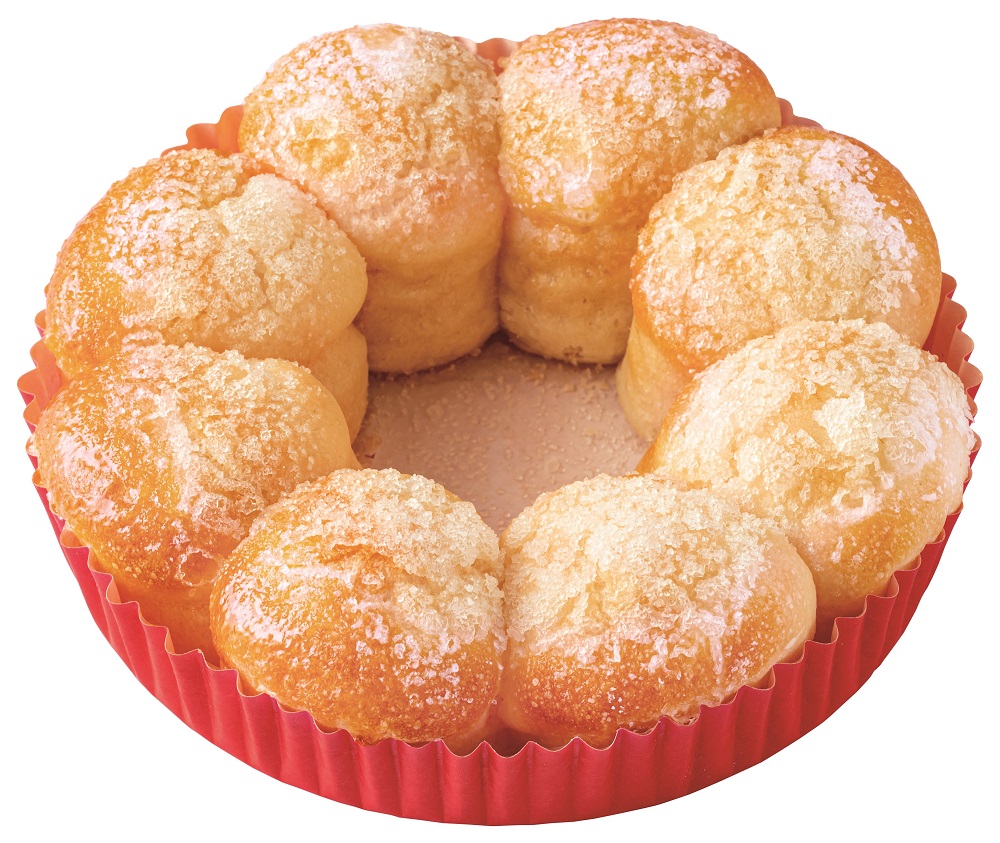 Layered with a sweet glaze and topped with a sprinkling of granulated sugar. 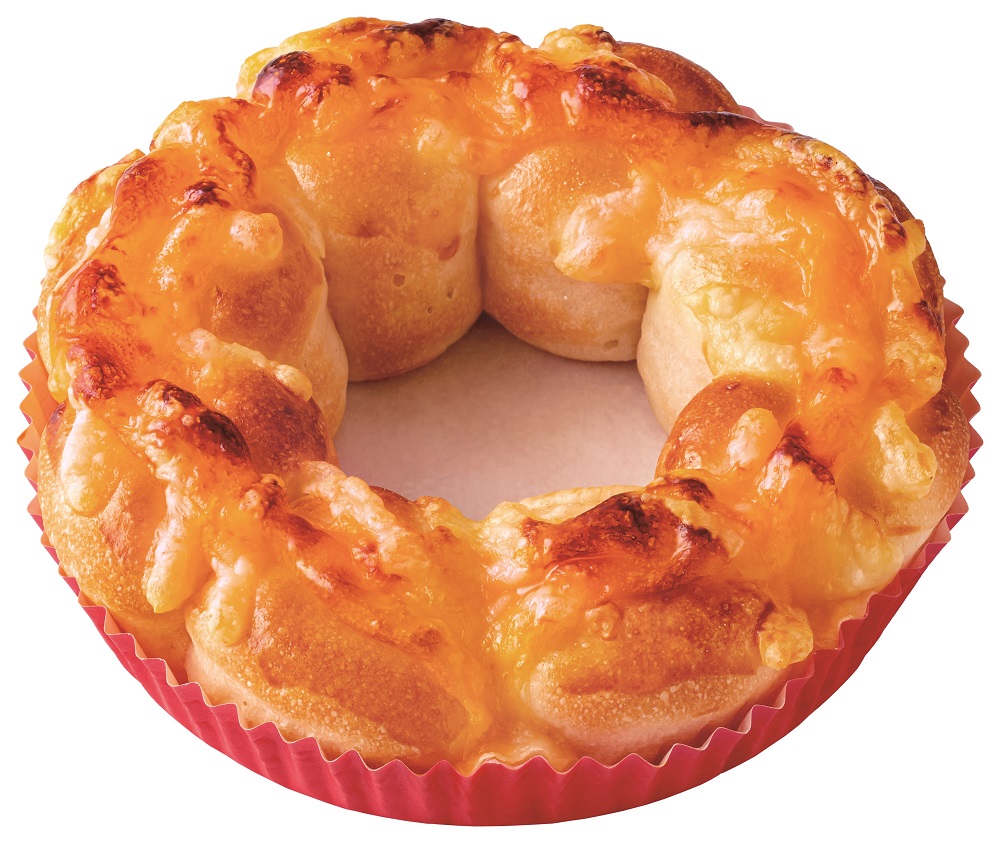 A mix of Cheddar, Gouda, and Camembert cheeses are used to adorn this doughnut in both cheese sauce and shredded cheese forms. 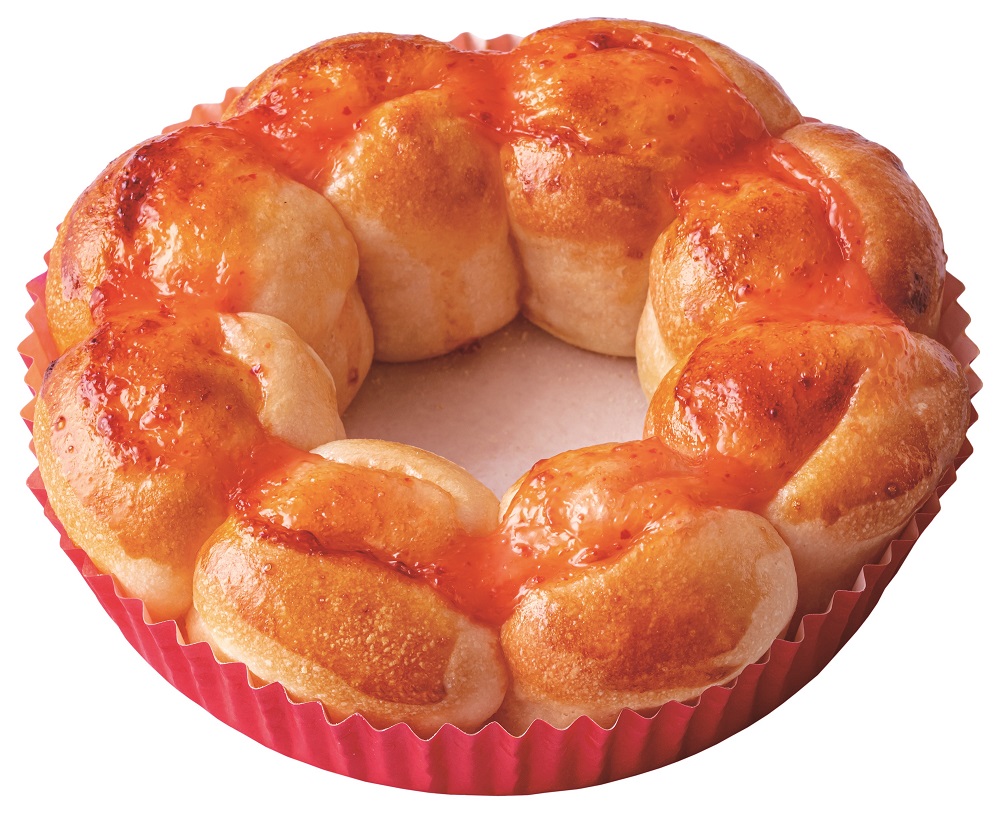